Our PEZ-man in Spain has been promising to tell us all about his ‘Writer’s Rig’ for about twelve years and just when he is thinking of replacing his present Campagnolo equipped Time Edge, he has put finger to lap-top to give us the run down on his present steed. Let’s hope it’s not another twelve years before we hear about his next bike. 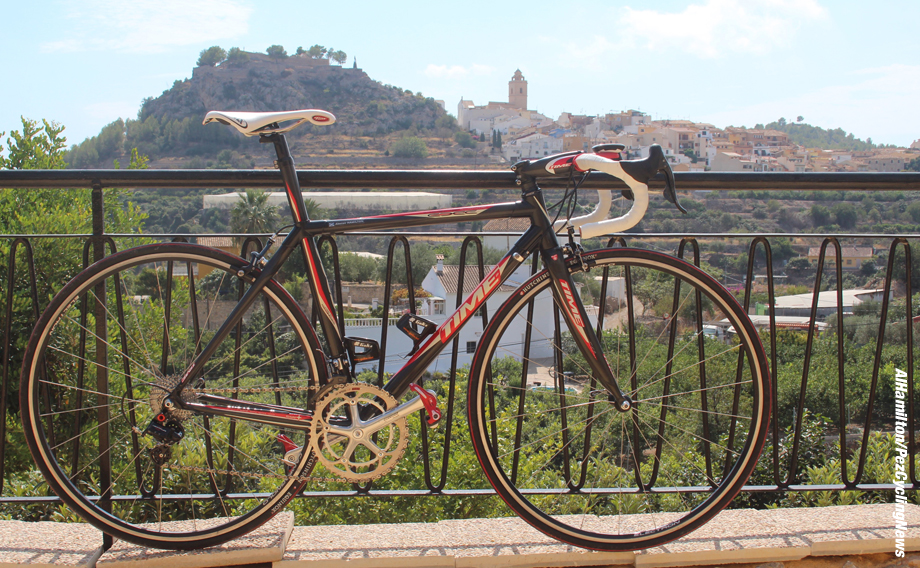 When did you buy it?
It would have been in 2004 or 2005. My mother had recently past away and left me some money in her will and so I felt a new bike would be the most enjoyable way to spend it. Thanks mum. 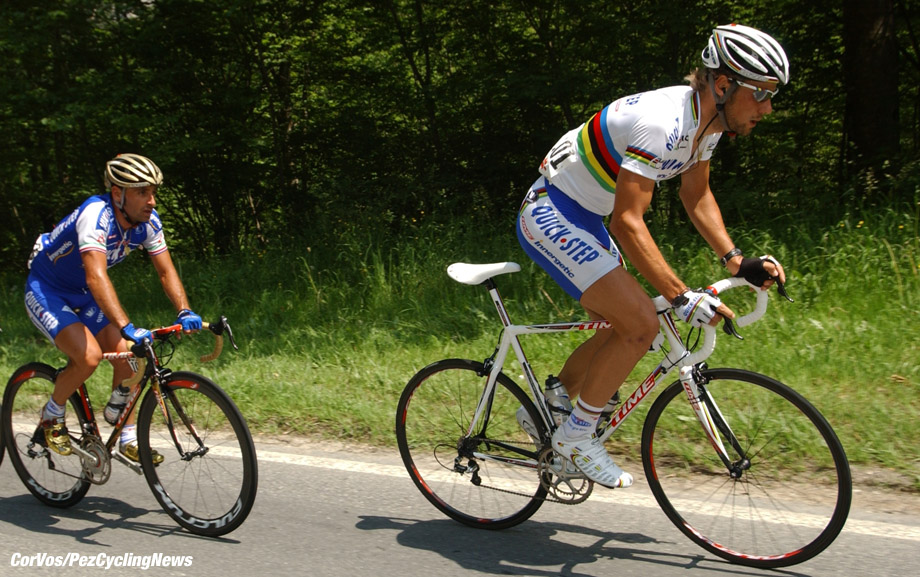 Tom Boonen and Paolo Bettini were on Time

What made you choose this bike?
At the time Quick-Step were riding Time bikes and I had seen Tom Boonen and Paolo Bettini on theirs at the team training camp in Calpe. They of course had the top of line frames, but looking at the Time Edge it wasn’t too different as it has Trans Link seat tube that carries on up to the saddle. Many frames have this system now, but 12 years ago it was quite innovative. Also I like to see the carbon, these days that weave is painted over which is a great loss. The Time stem is also a ‘head turner’ with its oversized chunkiness. There was also the idea of keeping the bike European and Time are one of the few carbon frame manufacturers who do still make their frames in the EU and of course Campagnolo, Selle Italia, Hutchinson tires, Deda bars and Look are all European. 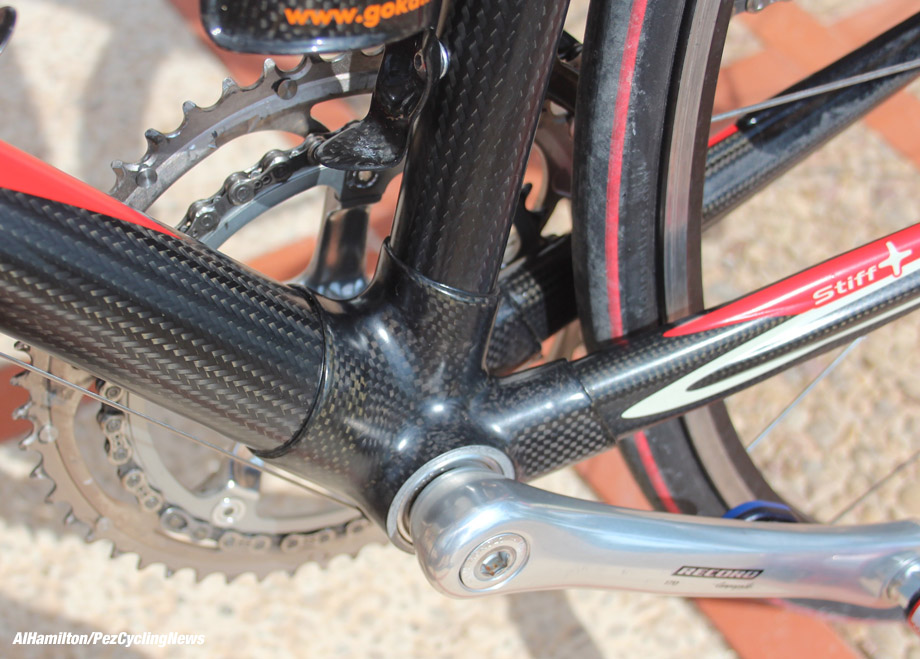 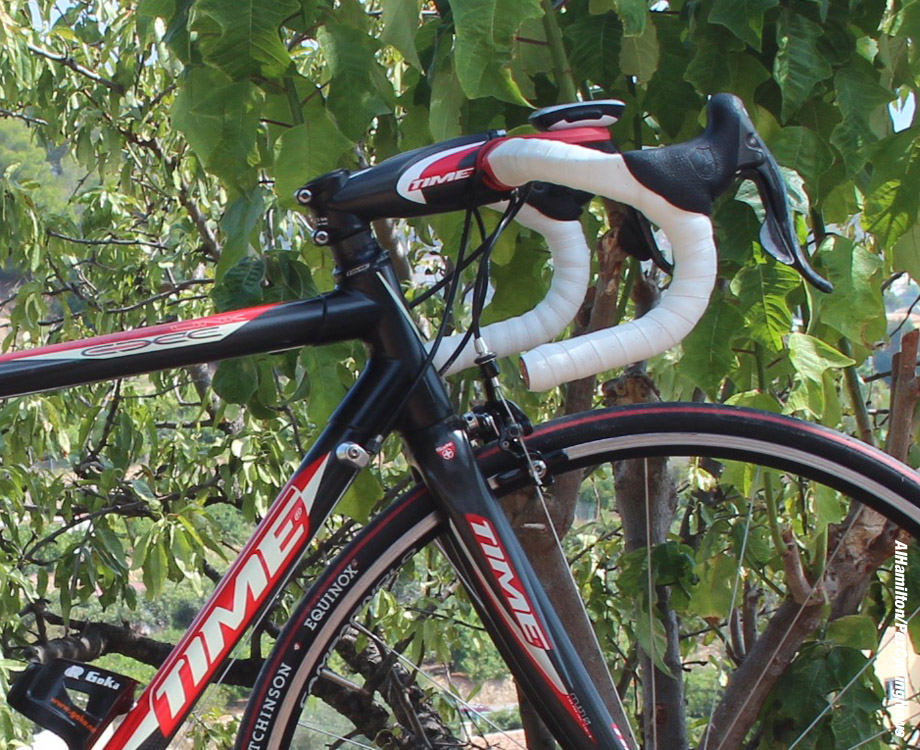 What modifications/additions have you done?
None. Apart from adding the Garmin 500 and the WAHOO cadence sensor. Well, you have to join the rest of the modern world on Strava. The cadence sensor was a second thought as I had bought a WAHOO pulse strap, which works perfectly, I thought I’d give the cadence sensor a go. It’s great as you just stick it on the crank and it just works and is useful to see why you are going so slow. 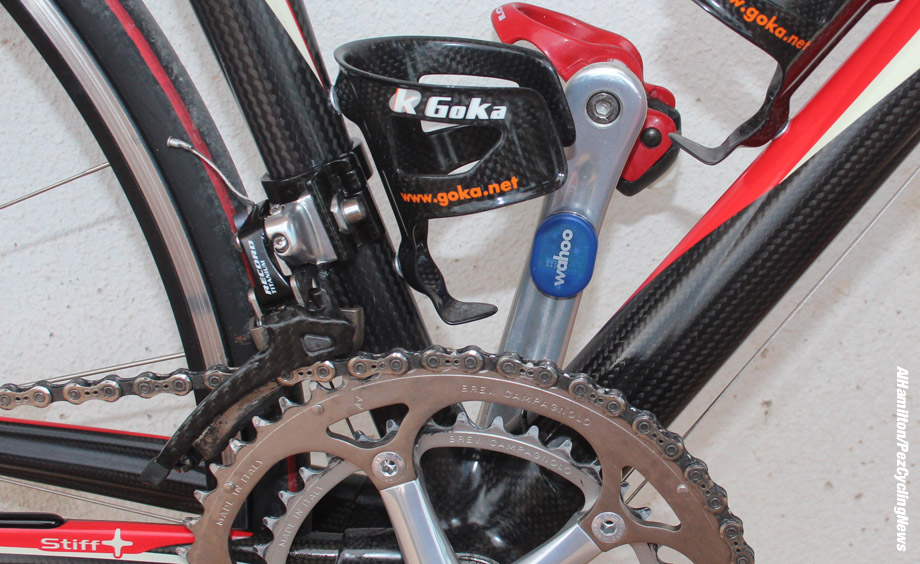 What components are you running?
The Time frame wasn’t the top of the range, but going for the Campagnolo Record was a no brainer, at the time. Since then I’ve replaced the block/chain and brake blocks, as you would expect after 12 years. But about 2 years ago the rear mech started to touch the spokes when in the big sprocket and it could not be adjusted out. On closer inspection I found the mech to be worn and the jockey cage had gone a bit ‘floppy’. Looking at the price of a new Record rear mech pushed me towards the more reasonably priced Centaur. It works well and looks nice. 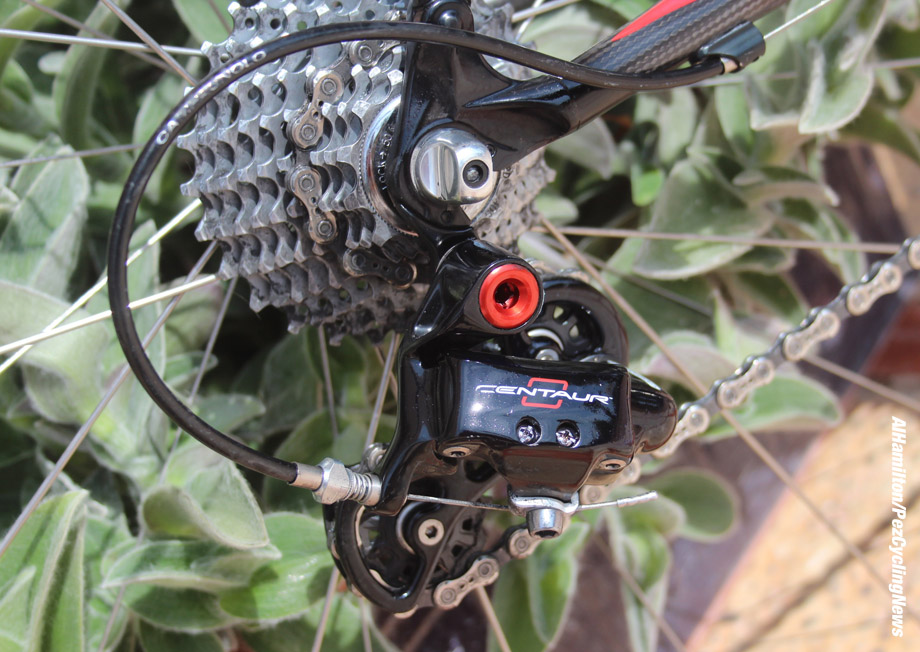 Campagnolo Centaur: Not as expensive as Record, but it works fine

How many miles/kilometers do you do a year?
Not enough! 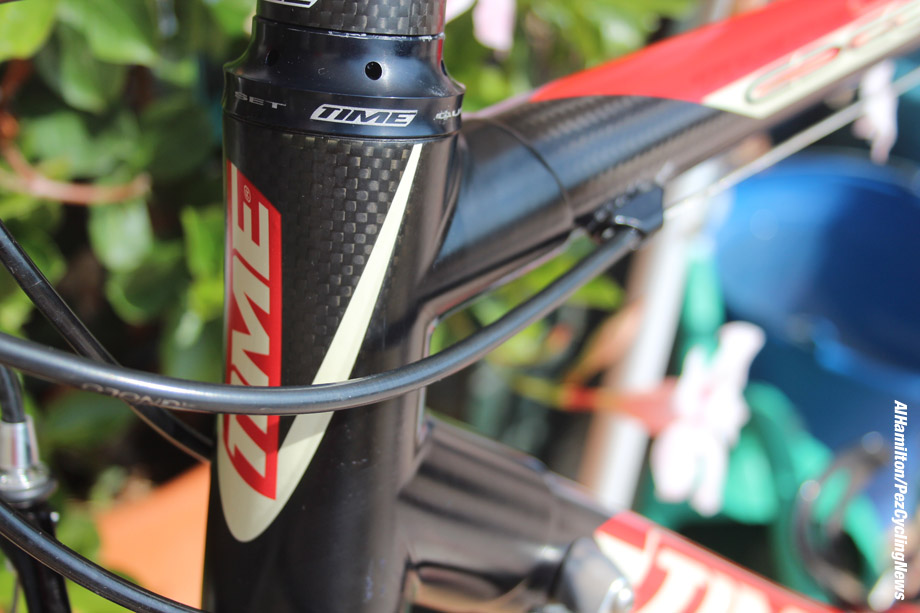 You can see what holds it together

What do you love about this bike?
Call me ‘old fashioned’ but the frame tubes have been joined with lugs, much like steel frames. You can see what holds the thing together, maybe this gives the frame a chunky look when compared to modern carbon frames. I like the look, but it’s not a modern aero frame. 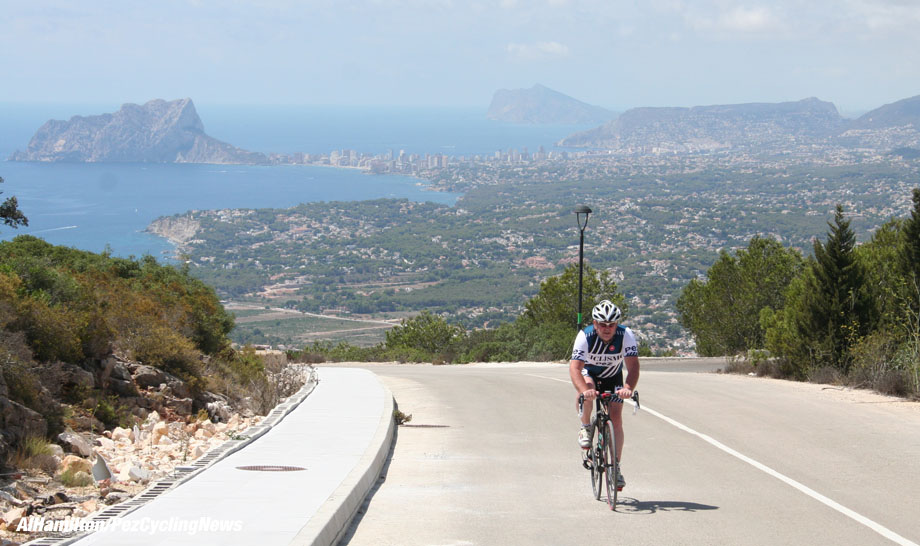 Favorite ride?
There are two very nice climbs on my doorstep, both are tough, but on a nice day with the sun on your back they can’t be beaten. The famous Coll de Rates climbs (on my side) from Callosa d’en Sarria, past the mountain village of Tàrbena, to a height of just under 700 meters. It’s the climb everyone must ride in the area. The other to the village of Guadalest, not so high at just under 600 meters, but is equally as fun and you have the option of coming home on a different road, although you have to climb a further 100 meters to take the fast road back down to sea level. 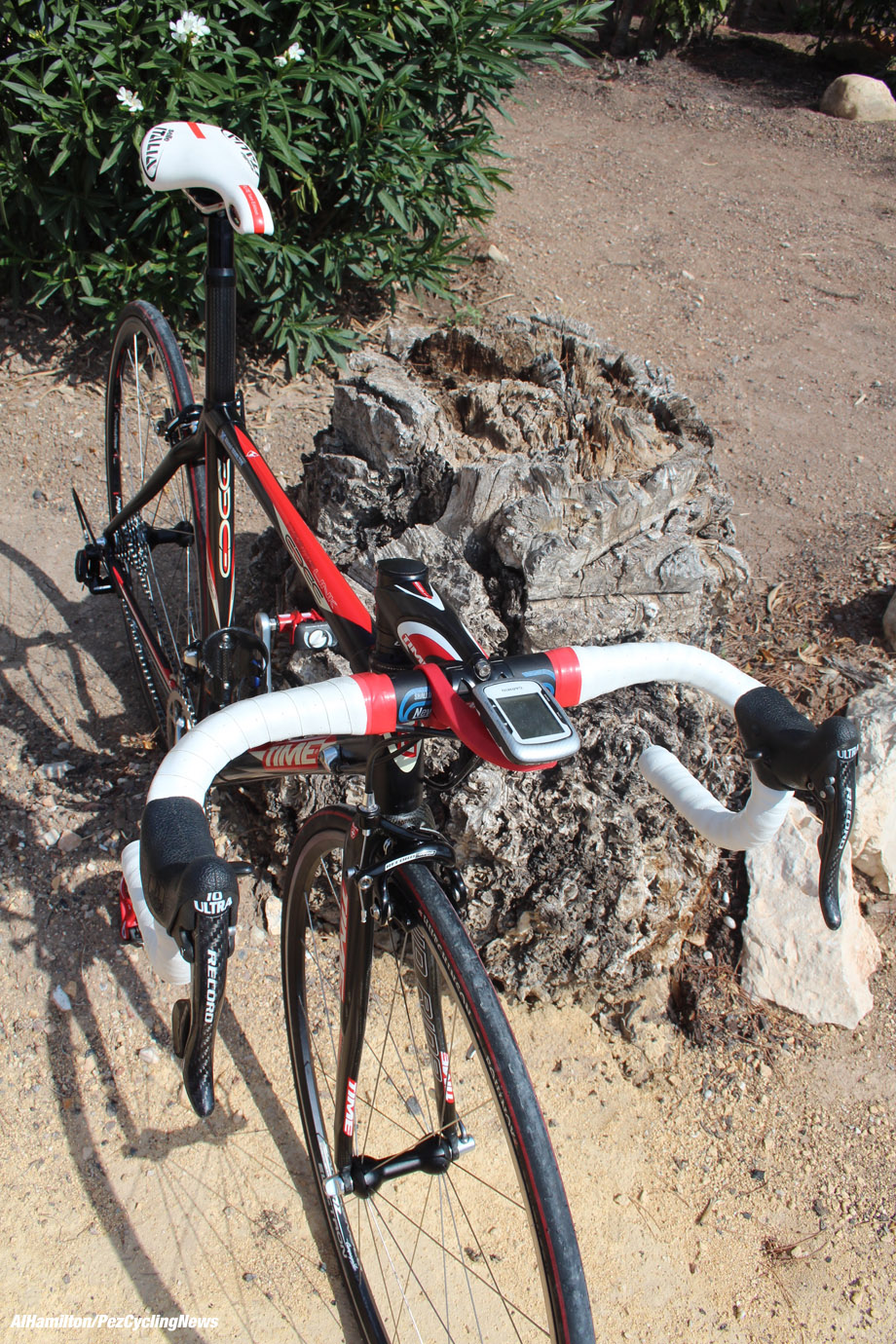 Favorite riding experience on your bike?
I guess it has to be when I was shouted at by Philippe Gilbert and Greg Van Avermaet when they were on a BMC training ride that passed me (going in the other direction). There has been other good times, but that one made me laugh. 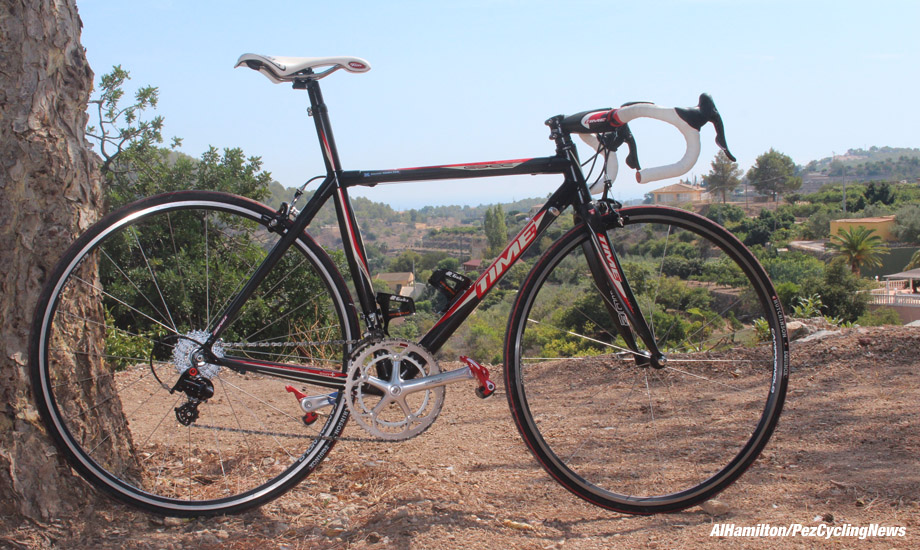 Future upgrades?
A new bike! After 12 years it is time for a replacement. Something aero, electric gear change and with 52 x 36 chainrings. The problem is that there is too much choice. 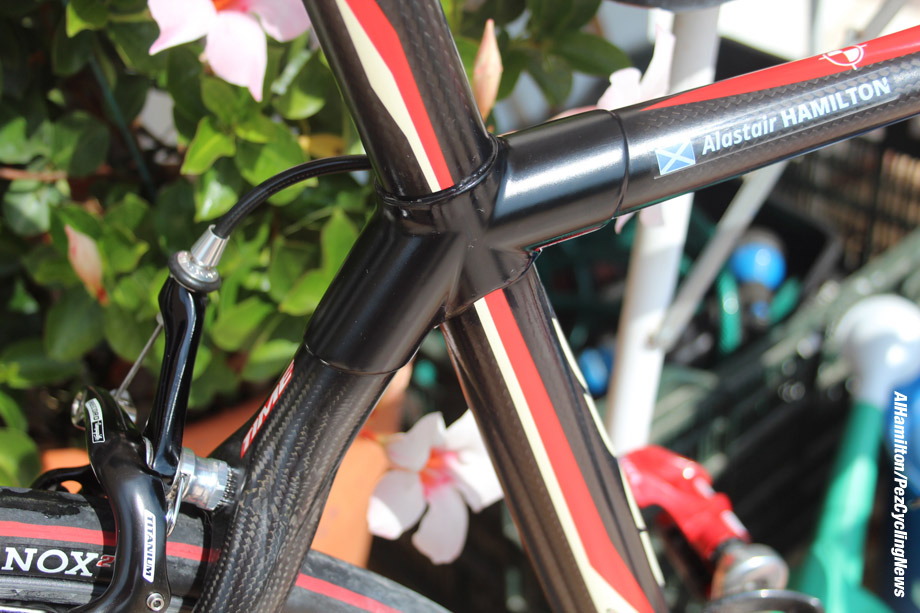 Last words?
The Time has been a great bike, it handles well, still looks good and works as well as the day I put it together. It will be a sad day when it is replaced, but 12 years is a good innings. The bike is old, but may never become ‘vintage’ as carbon is just too modern for that. Maybe there will be a new ‘Writer’s Rig’ from Spain soon? 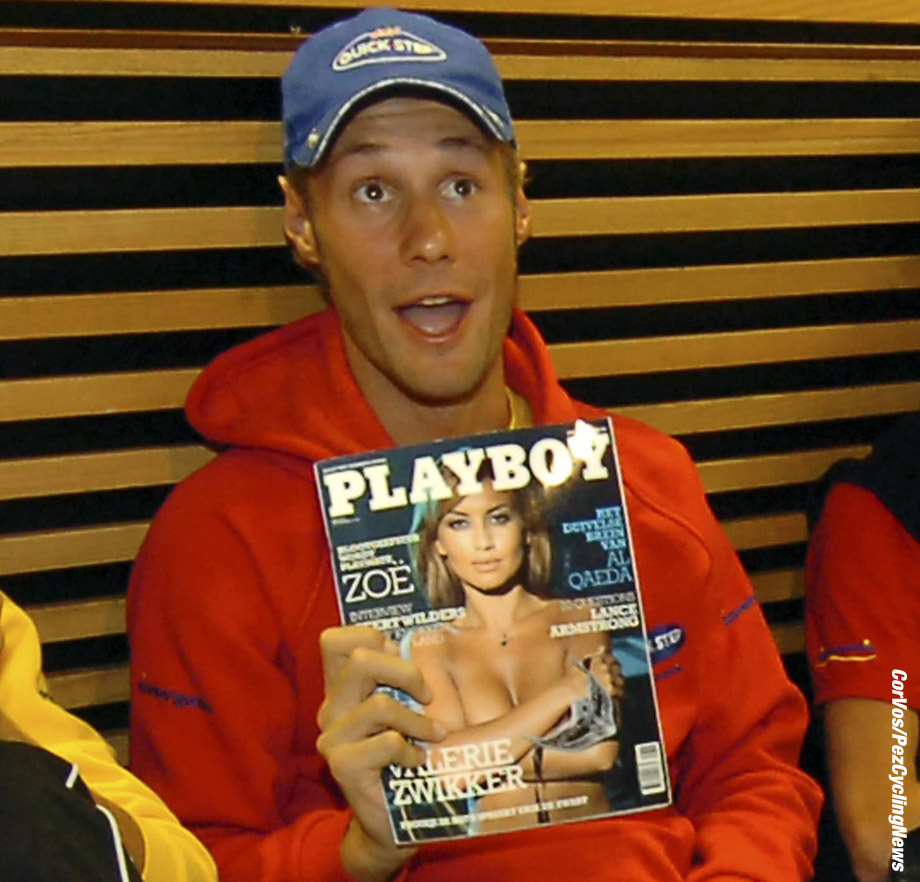 Tommeke knows a good think when he sees it!

Got a bike that you’re proud of? Well how about sharing it with fellow PEZ fans and getting it featured in Readers’ Rigs so we can all stare at it! Contact us via the Comment box below, or send us a Readers’ Rigs submission direct to [email protected] and your bike could be featured in all its glory here on the pages of PEZ.

Moolman-Pasio Attacked to Net Another Podium