Regardless of political preferences, I left my meeting with Hia Velo at Bike Press Camp 2017 thinking that these guys really could play a part in making America great again – at least American road cycling. Under their own Allied Cycle Works brand, they’ve started production on carbon road bikes at their own factory in Littlerock, and will sell direct to consumers and IBDs. 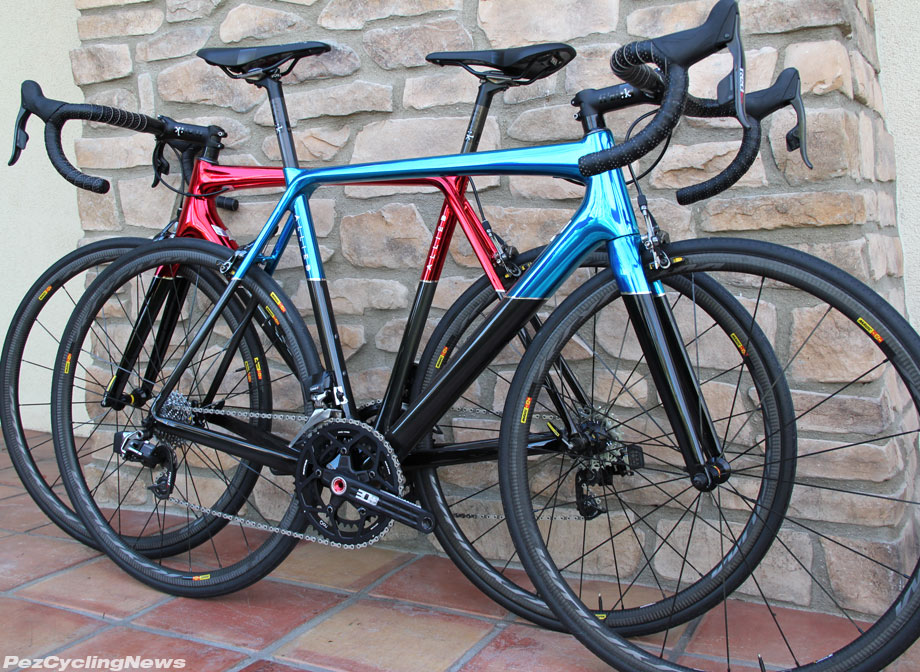 A group of investors led by cycling industry veteran Tony Karklins purchased the bankrupt Guru bikes factory complete with tools and machines, and have set up shop as Hia Velo – where they refer to themselves as the “General Motors of the bike industry”. Their first brand is called Allied Cycle Works, but their future could include different brands specific to other categories.  All production will be done in house for the frames, and of course full builds if the customer wants it that way – and we’re talking carbon layups, moulding frames, prep and paint finishes.

American design, production and sales, all done in house – that’s a good story.   The direct to consumer sales model is the coming wave in cycling, so better to catch it early.  It makes a lot of sense in times of shrinking profit margins, but also helps reduce costs to buyers, and how can you argue with that?

But what makes it even better are the bikes themselves – which look to be pretty cool as I saw at Bike Press Camp 2017. 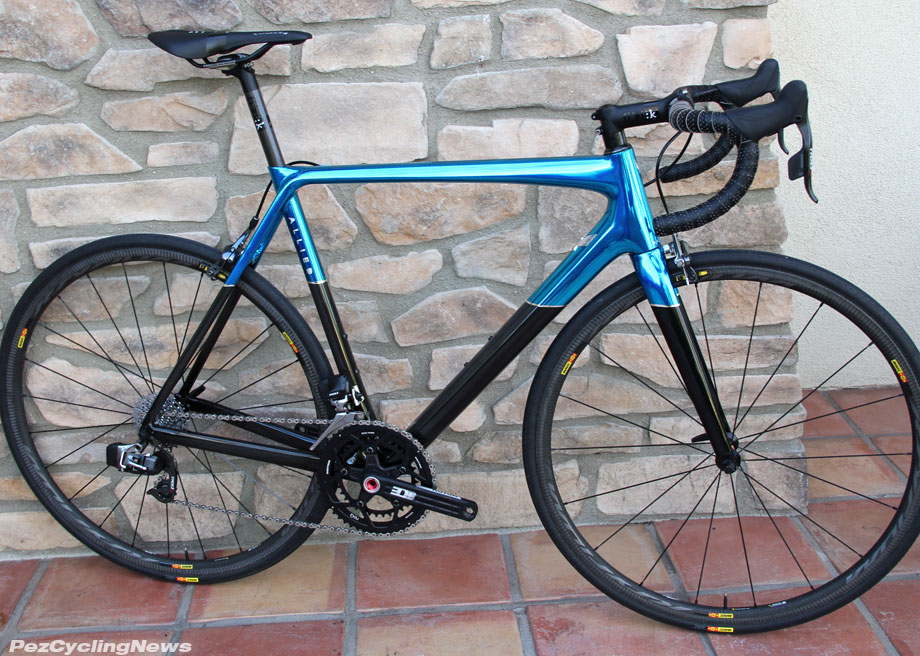 Allied is an American performance brand, that on the outside looks a lot like you’d expect a road bike to look – sleek & stylish in a down to business kinda way. No fancy tubes – just go-fast geometry underneath stunning chrome & metallic paint schemes that set it off from virtually every other road brand I can think of. They currently offer 10 different colors, but the Grapealicious Purple on their website reminded so much of my childhood Hot Wheels collection that it was impossible not to like. 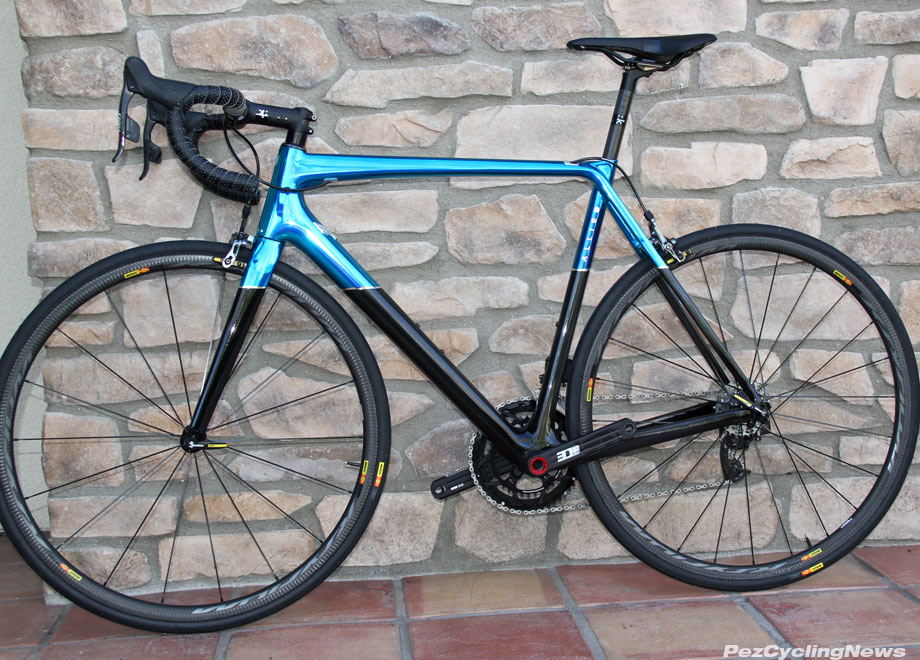 But in the inside, they’re doing something different from other carbon manufacturers, they’re using a new material in their carbon layup – called INNEGRA – an “innovative high performance fiber which improves the performance of composite and textile applications” – according to the Innegra website.

It’s used in race cars, sports racquets, sailing, and lots of other applications to influence weight, durability, vibration damping. Karklins told us they’re the first to use it in bike frames, and after doing a hands on demo of the material I was sold on its ability to hold itself together under extreme force. I was handed a small business-card sized piece of carbon fibre with a layer of Innegra fibers sandwiched inside, and instructed to bend it, break it, tear it and rip it in half… if I could. So I did my part and cracked it down the middle, then wiggled it back and forth as much as I could. The Innegra fibers held it together and I was unable to separate the two halves after I’d broken them. 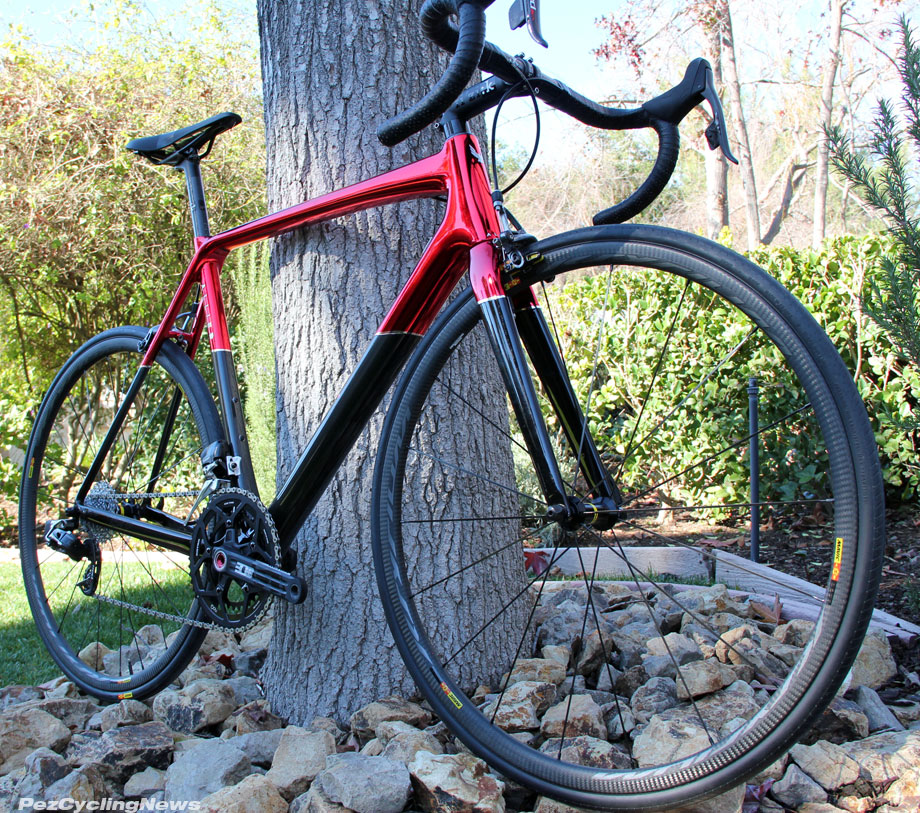 The implications are obvious – this stuff strengthens carbon fibre to seriously reduce the chance of a catastrophic failure. And even though you’d never want to actually test this attribute in real life – there’s something comforting and confidence inspiring knowing that even under a heavy crash, your bike frame will hold itself together – thereby reducing the risk of cuts from shards of jagged carbon. 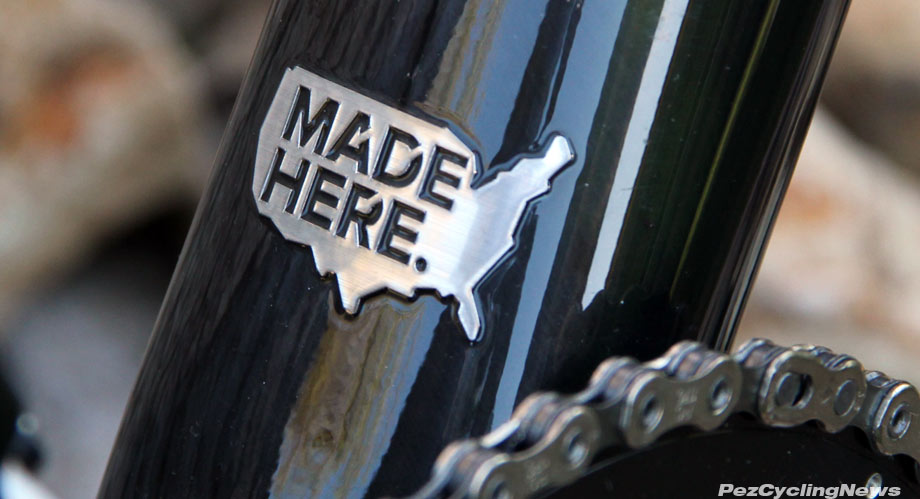 How it actually impacts the ride qualities of the frame I can’t say, since I didn’t get a chance to ride the bike… yet. Their 56 cm frame is reported to weigh under 900 grams – so weight does not seem to be affected by the Innegra fibres. Bikes are currently offered online as frameset only (US$2700) or full builds with Shimano & SRAM gruppos (starting at US$4000).

Stay tuned and we’ll keep you posted on more as we know it.

I can tell you that production is happening now and that the 30-some employees will be turning out bikes in a fast as 7-14 days.

Check put their website at HIAVELO.com and look for them at Nahbs 2017. 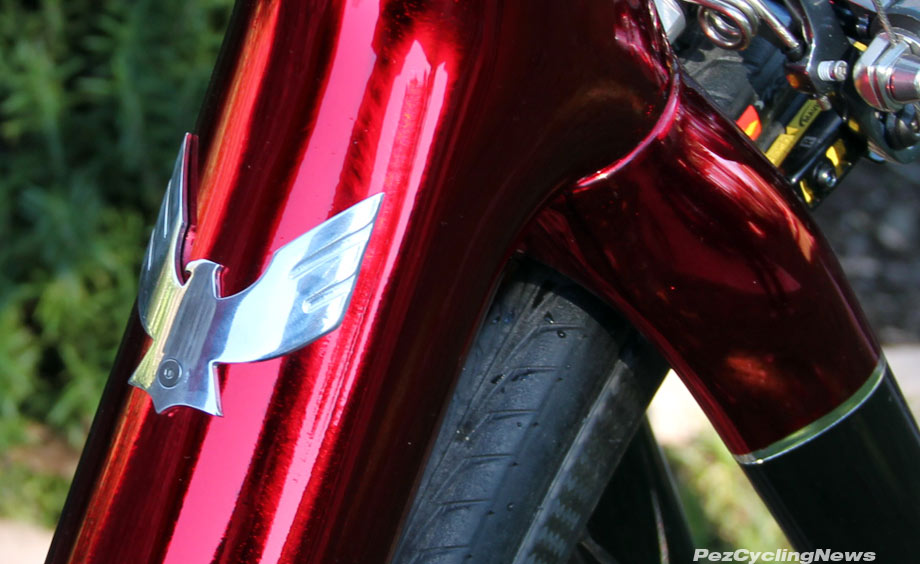