It’s been a little while since we ran The first American Classics 420 test. It was back then that we realized that American Classic put way more work in to making a product than they do dreaming up a name for it. In fact, this wheel is very different from the old wheel in that the rim, spokes, and hubs have all changed, yet they still call it the 420, because that’s what the rim weighs… But that’s classic-Classic and suits Designer / Principal Bill Shook’s personality to a T, as he is as completely devoid of hype and BS as he is full of design talent.

So What’s New?
Everything… But the most obvious change is in the general wheel appearance going to the Silver. The new silver surface, coupled with a more conservative decal set, gives the wheels a cleaner look. 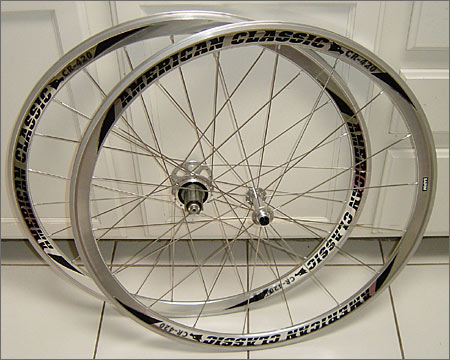 The beauty is in the details though, and the rim finishing is great on the new 420’s. The rim bed is nice and clean looking and the punched holes are debured. 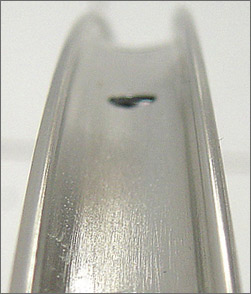 The machined braking surface makes for better modulation than the previous model (which was fine anyhow), and they compare to other top mainstream brands in this area. 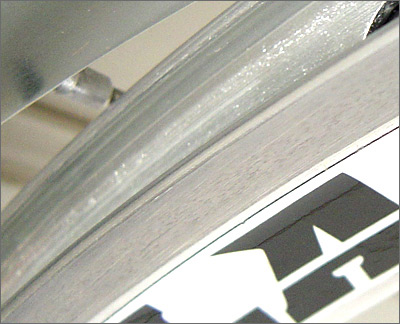 Hubba Hubs…
At a glance, the hubs look like the American Classics hubs of old, and holding form, they still call the front hub “Micro”, only now they are Micro 58 instead of 68. 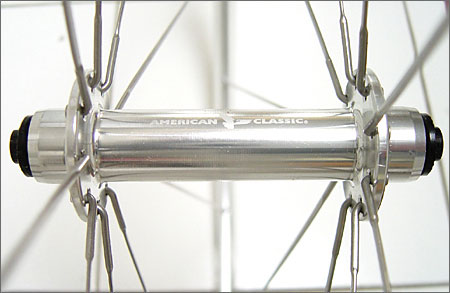 And rather than doing the industry standard of shaving a couple of grams and calling it “revolutionary”, they actually made the new front hub better by upgrading the bearings to a 688 series with a larger inner diameter and changing the shell spacing to push the bearings further apart to add stability. The hub itself is also a touch bigger round. Strength at the flange is still very good and unlike some hub makers, the Micro’s will handle radial spoke lacing. 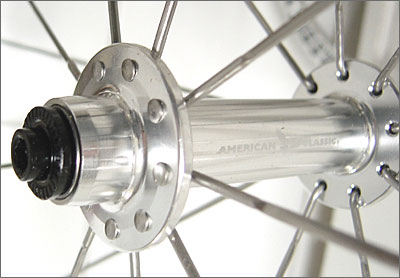 Add a new screw-in end cap to better keep the guts in line, and the front hub is a solid piece of gear. Not a common thing to have a part that is among the lowest in category weight and comes in multiple spoke counts so that you can order what’s proper for your size.

The rear hub gets new Guts too. Better bearings located further apart, a larger axel diameter are also a part of the rear. 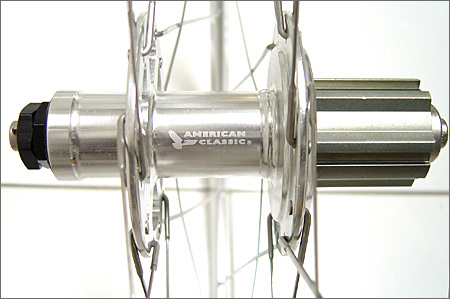 There is also an upgraded cam system so that drive engagement is improved. And all of this is packed (front and rear) in a better grease compound that is less washable and also has better corrosion resistance than the old grease. And of course the added performance comes in a package that comes in at a very impressive 205 grams (impressive for the performance as much as the weight…).

Ya Feel Me Maahn?
On the road, the wheels ride with plenty of pep. They are a laterally as stable as the old model despite the fact that the old ones came with stiffer bladed spokes, while the new ones have Sapim’s. Sapim’s are both lighter and a bit “springy” compared to the blades, but I guess the wider spaced flange or bearings and a bit less rotating mass (lighter spokes) combine to give you the same punch.

What’s nice is that the ride is a touch smoother while still maintaining the stability and acceleration feel. And before you ask, yes we ran new tires of same make and model and same pressure so that we would feel what we were feeling wheel differences and not tire differences (and of course we alternated the sets on the same bike).

I have been spoiling myself with several sets of top line carbon tubular wheels, all with Tufo’s smooth and flat-fixable tires (their sealant works on all but cuts) mounted, so Clincher wheels have been taking a back seat for a while… These at least get a turn up front, as they are very smooth, as light as anyone’s race clinchers and frankly are a bit more practical year round, but especially this time of year. They also look silly-slick on the house tester… 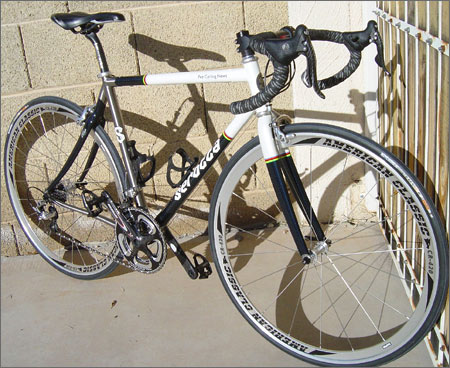 I still look at wheels with an eye on practicality (relative to the category of wheel mind you) and practicality is still a bright spot for American Classic. Still easily replaceable spokes mounted in an easy to true fashion (not hidden…) and easily adjusted bearings (no truing nor adjusting was necessary though) match with a simple rim design. It all adds up to a great performer that is free from shapes and pairs and loads of other crap that are, for some wheel sets, just gimmickry…

Now if you want to toss practicality out the window, the 1400 grams dead-on-the-nose weight for the set is great. 420 grams for the rim at a 38mm depth, coupled with the use of very light Sapim spokes on our test wheels means the rotating weight is low at the outside of the wheel (where it’s more important), as well as at the hub… We tease em for their lack of hype, but American Classic produce a wheel that is absolutely race spec, they just won’t make a big deal about it.

The cost for a set starts @ $850 and they come in Black or Silver, with standard, large bladed and Sapim Spoke options. They also offer a Ceramic bearing upgrade for your uber wheel needs…

You can get American Classic at Wise Cycle Buys or GloryCycles.com or at lots of dealers around the country…

Oh yeah, and hit up American Classic’s Web Site too. They sell several wheel sets (even for that dirt sport that a few people try and pass the winter with…) and also have posts, cages, bottom brackets and a pretty cool Dog for sale.