Harder to get than Covid.

Have you noticed that certain things don’t seem that strange these days?  When the goal posts shift – so does the game and how it’s played.  So what still seems like a nutty idea to its creators just doesn’t seem so weird through my lens. 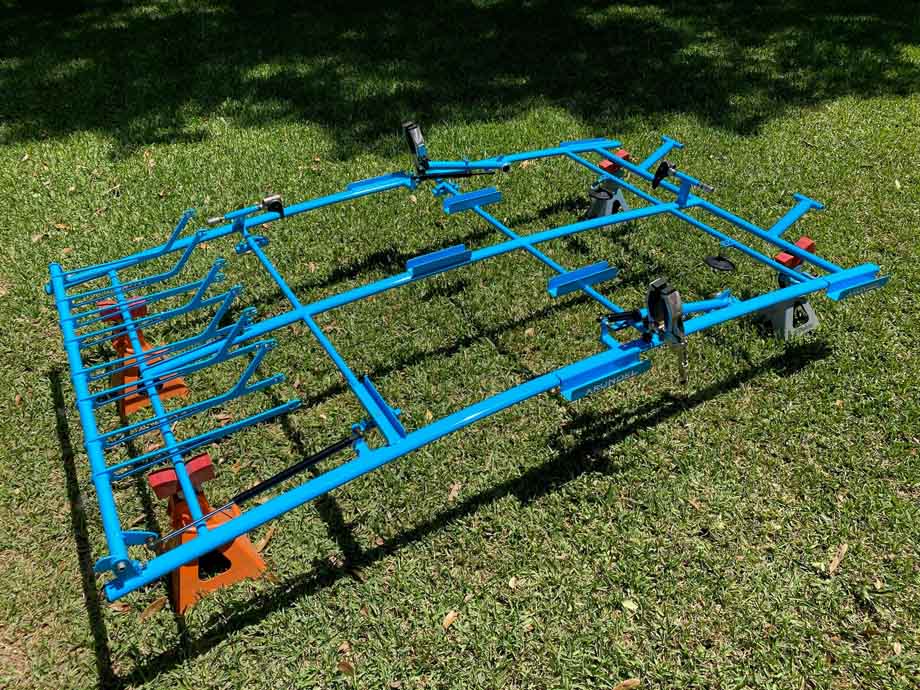 I mean… How big a step is it to go from engineering a clamping device to hold a single water bottle to a bike frame – to engineering a clamping device for six bike frames to a car roof? Well it’s not far if you’re Chris Watson and Dave-O of Arundel Bike – the guys best known for dialing in the finishing touches we can all appreciate – like water bottle cages, handlebar tapes, saddle bags, floor pumps (see my video review of this one here, or scroll down) and other “cool bike equipment that people want to buy”. 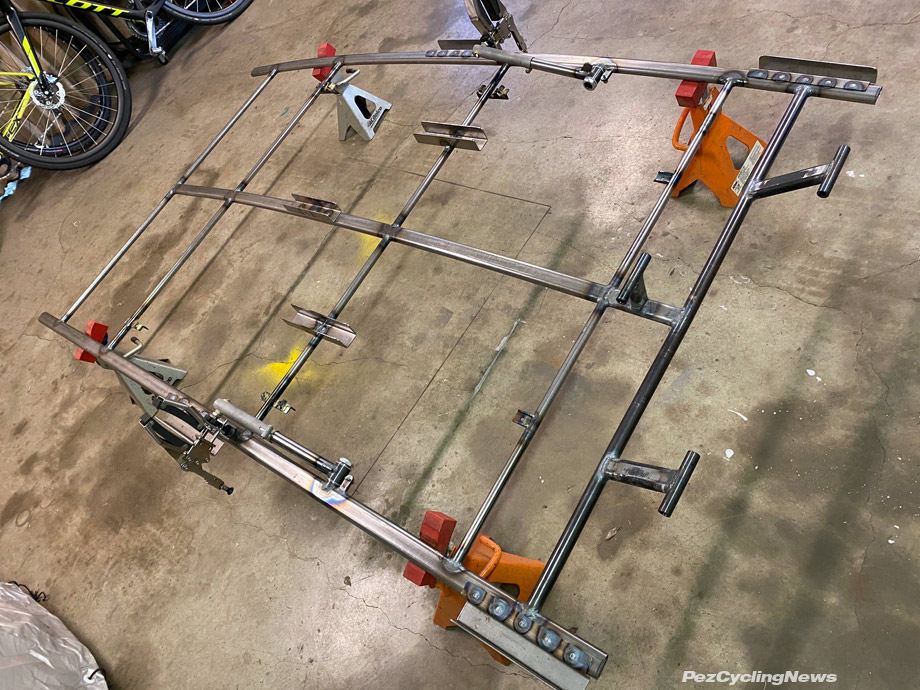 We first caught a glimpse of this a few weeks back when I was talking to people around the bike industry about how the early days of lockdown were affecting them and their businesses.  The guys at Arundel were making use of the “spare time” to build out a couple of pet projects, like finishing a custom road frame on one hand, and this custom six bike roof rack on the other. 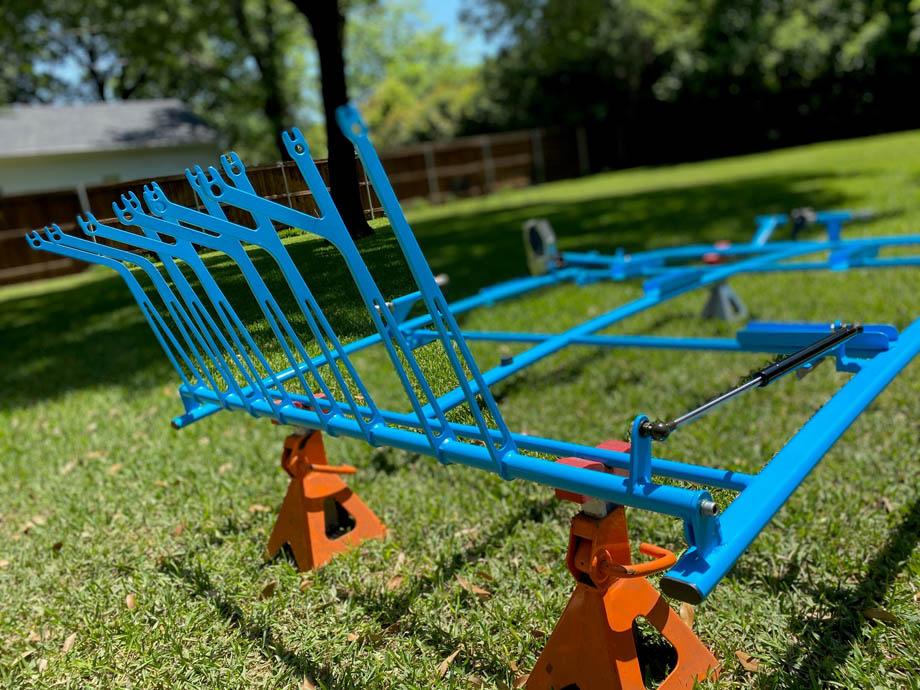 When Chris sent me a couple pics of the finished product, I could see this was something worth asking a few more questions about.

What is the material?

Chris: It’s referred to as low carbon steel, and the main rails are 40x20mm oval tubes from Europe with 2mm wall thickness.  Uncommon stuff in North America.  I simply followed what the guys in Europe use for pro team custom built racks. 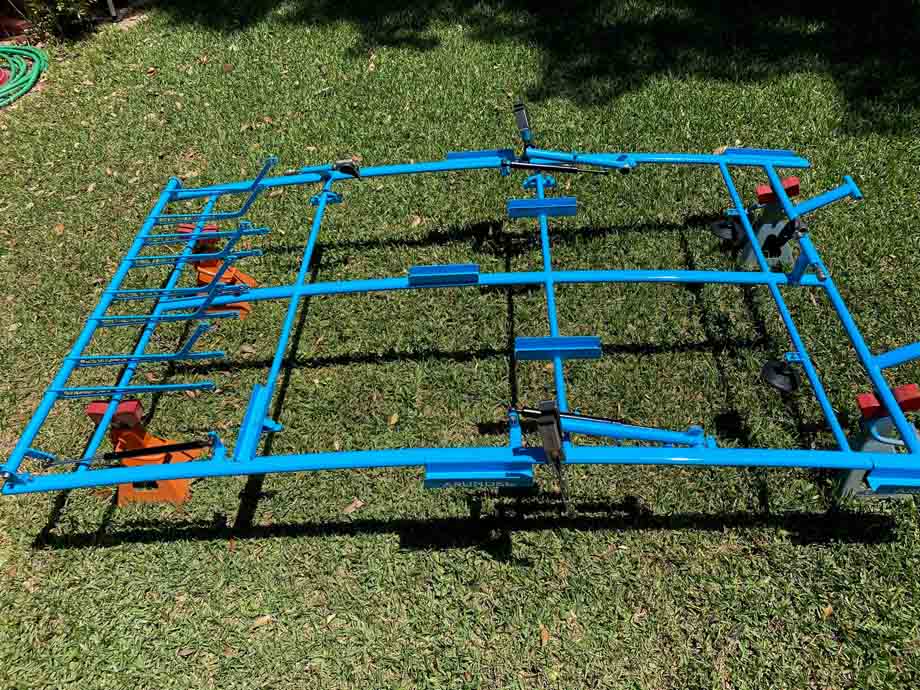 What is the maximum payload?

Chris:  It’s configured specifically for domestic UCI road events with team cars following in a caravan.  It would work with gravel bikes but not meant for MTB’s.  Payload is often a function of the car manufacturer weight limits.  In the case of our Elevate team car, the MINI Countryman factory rails can support 165 lbs.  The rack itself weighs about 45 lbs, so that leaves 120lbs for 6 bikes and wheels.  Pretty much right on the limit if the bikes were heavy. 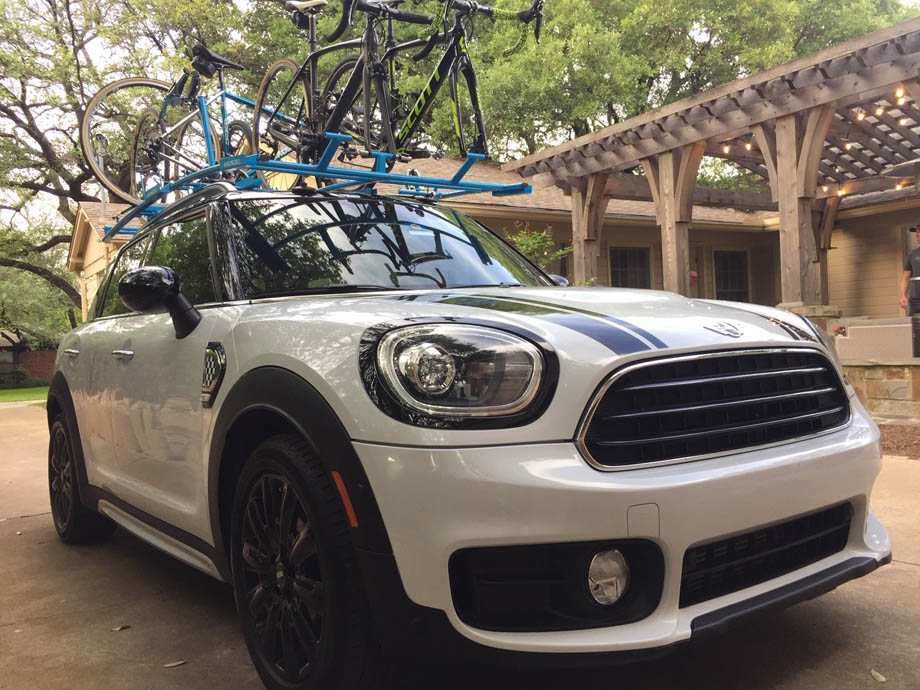 Can it adjust to fit any car – or is this a custom build per vehicle?

Chris: Custom in this case.  The main rails are arched to follow the contour of this particular car, so a more curvy car might require more arched rails to keep things from getting too tall to reach while standing.  Also in UCI races, vehicles in the race caravan cannot exceed a certain height, which is why one sees lots of station wagons, as we call them.  And there is also a rule requirement  that the vehicle glass is not blocked.  You need to be able to see who is where, rather than the back of a panel van in front of you.

How many hours to build this one?

Chris: Oh man,  I’m embarrassed to admit.  Probably a week of full workdays.  Oh – and the cost would probably be around $2600 to cover our time and materials. 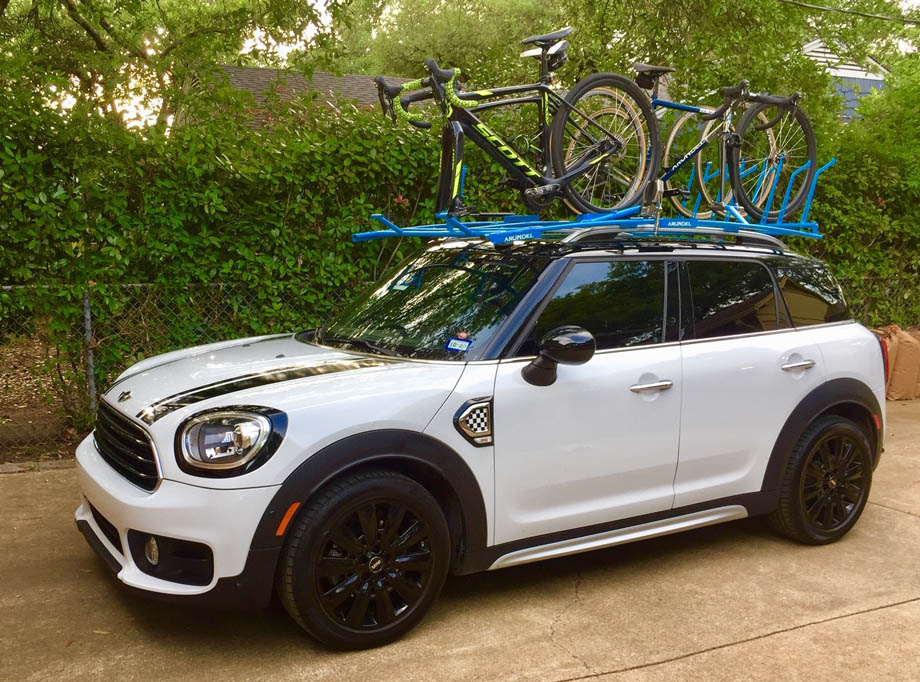 Any other tech tidbits?

Chris: The stainless steel “race ready” clamps are made by ROOFvelo in Holland, the supplier to the Renson professional team.  ROOFvelo was cool enough to sell us just the clamps, as shipping a complete rack from Europe was prohibitive.  They look like hot-rodded vise grips, and allow the mechanic to remove a bike with one click, taking only a few seconds.  Useful in situations where the rider needs a bike rather than a wheel or easy service.  In other areas of the rack, you’ll notice gas struts which allow components to be folded flat in the case of low parking garages or other space considerations. 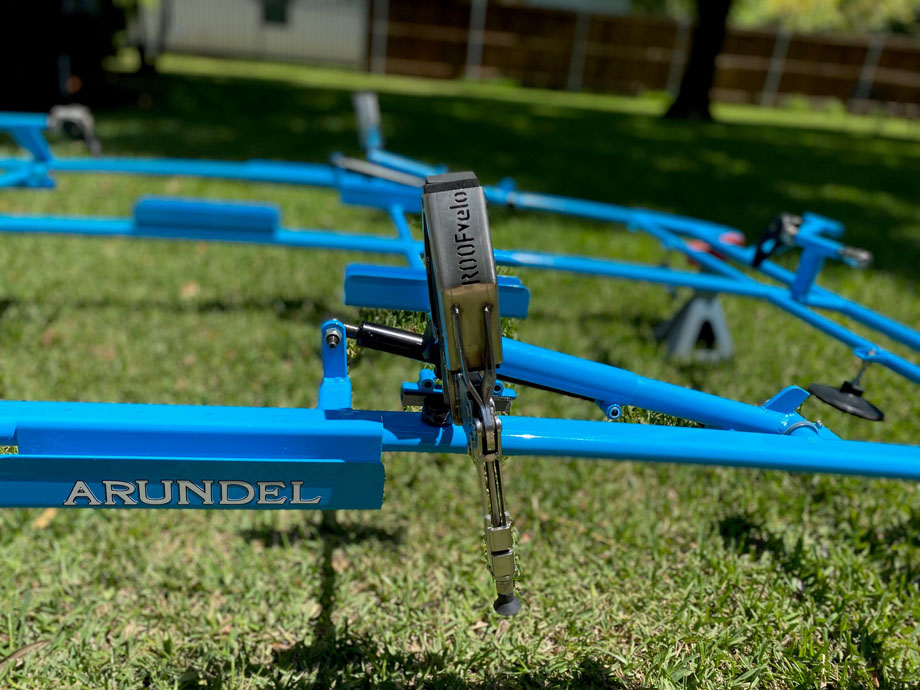 Pretty cool huh?  Having spent plenty of time at pro bike races over the past couple decades, it’s a fact that a roof rack crammed with bikes and wheels perfectly slotted into place still catches my appreciation.  But in case you’re set to click on over to the Arundel website and order one for yourself – I’ll break it to you that these are one off’s for now.  You’d have to get a job with the Team Elevate Racing Women to even get close to one of these beauties.