First impressions can be deceiving. When I first layed eyes on the Serfas Bike Armor Transport Case, I thought… “I’ll have to take an extra bag for all my gear.” This case is compact, arrived already filled with 3 huge blocks of foam, and I was heading to Belgium for the Classics.

My first trip to Belgium to ride the cobbles of the holy land seemed like a great time to battle-test a hard-shelled travel case for my bike. After all, I was taking a brand new Ristretto from Co-Motion for a World Cup test, and I much preferred to let the cobbles destroy the bike than some baggage-ape. 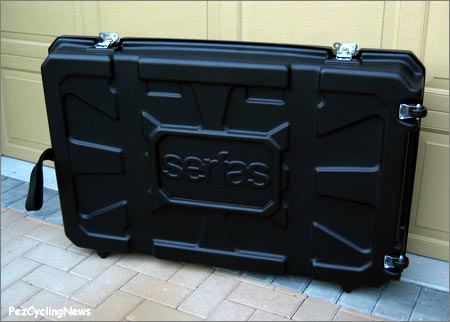 Corrugated Roots
For years I’d been traveling to Europe with my trusty steed packed in a cardboard bike box. I’d even developed my own method of using two boxes, specially cut, to create extra protection for my rigs, which performed perfectly and provided the extra room I need to bring home up to 50kilos of bike gear and extra goods purchased on trip. Mrs. Pez would have been proud of all the extra stuff I could pack.

So upon opening the Serfas case, I was a ‘might skeptical about getting anything more than my bike inside, contrary to assurances from The Serfas folks that the case does indeed hold plenty. But more on that later… 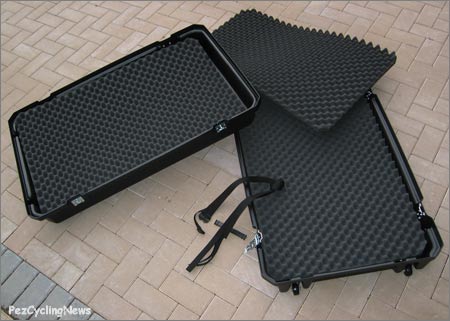 The case opens completely, and comes with everything you see here. Batteries not included – heck, they’re not even needed!

WHAT IT IS
The case itself is made from an industrial strength – “Airline-proof” plastic, comes in two halves that sort of “clam-shell” together, and includes three huge chunks of foam and 4 nylon straps to secure your bike and goodies inside. There are two wheels on one end for rolling, in-molded side handles, and a heavy-duty nylon strap to pull it along.

The case dimensions are 47″x30″x11″, which fits into UPS standards for those who prefer to ship their bike ahead to their destination. One thing I noticed checking in, was that this time the airline clerk never asked if I had a bike in the box, whereas before, my perfected double-cardboard case was a dead give-away. I always wondered why they cared what was inside – were they going to alert the baggage-apes to give my box some extra “treatment”? 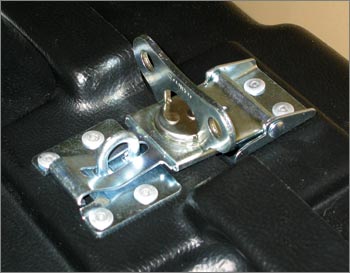 Ape-Proof: Latches made of heavy-gauge stainless-steel are lockable.

Anyway – I was ready for ‘em. Once the case was packed up, I was happy to pass it over to whatever the airline could do to it – the whole thing packed down nice and tight.

PACK ‘ER UP!
So back to my packing adventure. Because the size of the case is smaller than your standard bike box, you do need to remove a few more pieces of your bike than you may be used to. The case comes with pretty good packing instructions, but I admit to venturing off the dotted yellow line and improvising my own method. 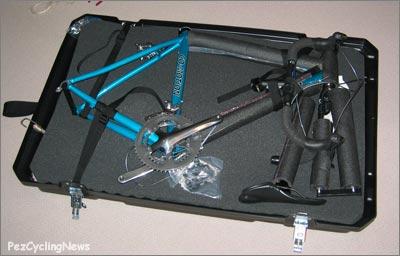 The bike goes in! The wheels are underneath the bottom foamy, and there’s lot’s of room for gear.

To pack, you remove both wheels and skewers, and place the wheels into the bottom of the case, on top of one of the big foamies. Then add another layer of foam. Don’t forget to put your skewers in your own “small parts bag” – I use and heavy duty ziplok bag to collect the nuts, bolts, wrenches, pliers, cages, etc that I’ll need for re-assembly later.

Next, pull out the seat and stem, pedals, and handlebar. And here’s where I had to act like the banana-grabbing chimp and call upon my inductive reasoning (or is that deductive?). Anyway, I had to remove the cables from the brakes, detach my rear derailleur, and loosen the front derailleur cable, so I could get the handlebars placed securely by the fork.

Basically, this required a bit more dis-assembly than using a cardboard box, where I used to simply remove the front wheel, and the bars would fold down beside the forks with no release of cables. But I got the bike placed inside, and then used the handy nylon straps to cinch the bike down, using the well-placed steel hooks mounted inside the case. I also used my own foam tubing to wrap around the frame tubes for extra protection. The third layer of foam went on top, and I dropped the other case-side into place and locked it shut. This bike was not moving until I said so in Belgium. 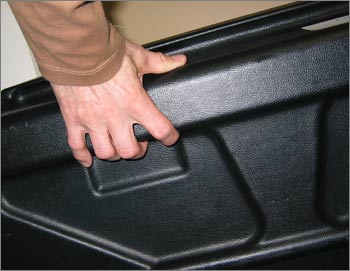 Next up was what cost me some sleep the night before, as I pondered how I was going to pack my extras like helmet, shoes, energy bars, extra clothes, water bottles, etc. etc. Sometimes you just gotta roll up our sleeves and get down to business… which in this case meant about a half hour of fitting the extra gear into the empty spaces in, and around the bike frame. I tried a few combinations until I sat back – surprised but satisfied – admiring the relatively huge amount of extra stuff I was able to fit into the case. I was sold – it looks compact from the outside, but does hold a ton of stuff. No extra bags needed!

SERFAS CASE: 1, MR. BAGGAGE-APE: 0
I emerged in Brussels bleary-eyed and disoriented after 12 hours of flying through the night – never recommended but unavoidable when traveling from our west coast to Europe. However, when you’re about to take on 12,000 cycling mad Belgians the next day in the cyclosportif Tour of Flanders, you gain an amazing sense of clarity when it comes to rebuilding your bike. The good news was that the bike and contents emerged exactly as I had packed them. Nothing moved, nothing was scratched or damaged in any way… inside the case. 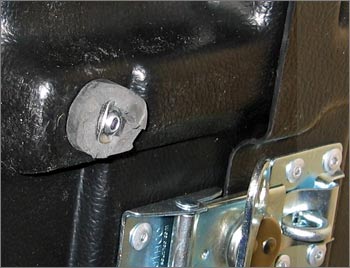 Outside, the case sustained some minor damage – two of the rubber “feet” were mangled but everything else was intact.

The wheels – which I thought would be the first casualties, were there, the strap was there – and again – my bike was intact and in place. The only addition I made was to use duct tape to seal up the ends, which were bulging slightly due to my over-zealous pack job. 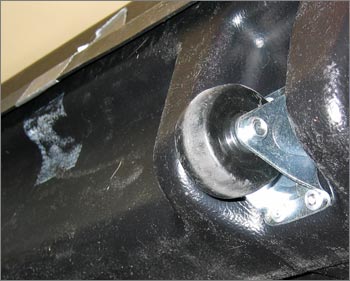 Moving case around the airport was pretty easy. It has the wheels so you can tow it, but I found the whole thing too heavy to manage with my suitcase and carry-on, so I opted to put it on an airport baggage cart with my suitcase. Lifting is helped by in-molded side handles, but you gotta look for ’em since I actually only discovered upon my return… doh!

Overall, I was pleasantly surprised by the Serfas case.
There’s way more storage space than I expected, it really is sturdy, and protected everything very well. I’m recommending you get one of these if you’re flying with your bike, and it’s unlikely I’ll be going back to my double-walled cardboard bike box. The price of $350US is in line with comparable cases, and seems reasonable for a lifetime of bike travel security.