Campagnolo are nothing if not patient. The first whispers of an Italian Road disc set up started 3 years ago and the rumors about a partnership or two refined themselves over the last 18-24 months. With this even set near one of the best off season haunts for climbers and descenders, I was fairly certain that we would be riding discs and just as certain that we would not, because Campagnolo very rarely do something big without doing it thoroughly. That means seeing discs getting thousands of Pro Tour kilometers ahead of journo hacks ever getting a leg over…

Campagnolo don’t normally rush a launch and they’re not doing it this year with disc either. Their version of a special ops group within R&D, the “Tech Lab” has the basics fleshed out and they’ll be seen in a few races (and loads of test kilometers) during the course of the year as Campy gather data to refine the group the final 10-20%. 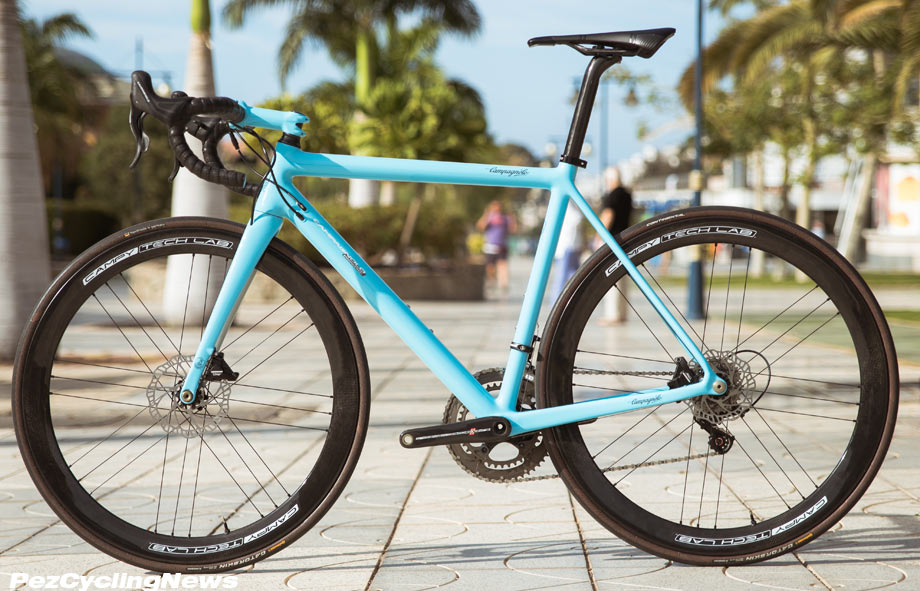 The brakes sets look to have the general ideas now floating round, with flat mount calipers with hydro lines directly screwing in.

The calipers were devoid of any extra heat sinks (little cooling fins) and are dual pistons (so the pads press in from both sides rather than one side smashing in a single direction against a solid pad on the other side. This is generally speaking a better set up as it allows easier centering and more even application of force from both sides. Hopefully Campy will develop these with a little extra room between the pads to make tuning and wheel swaps a bit easier than first editions from Shimano and SRAM. 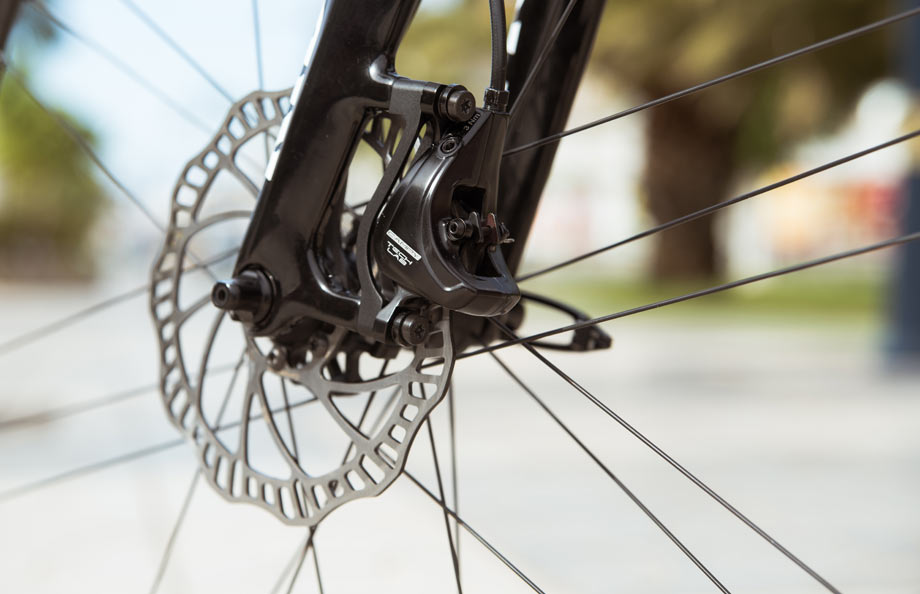 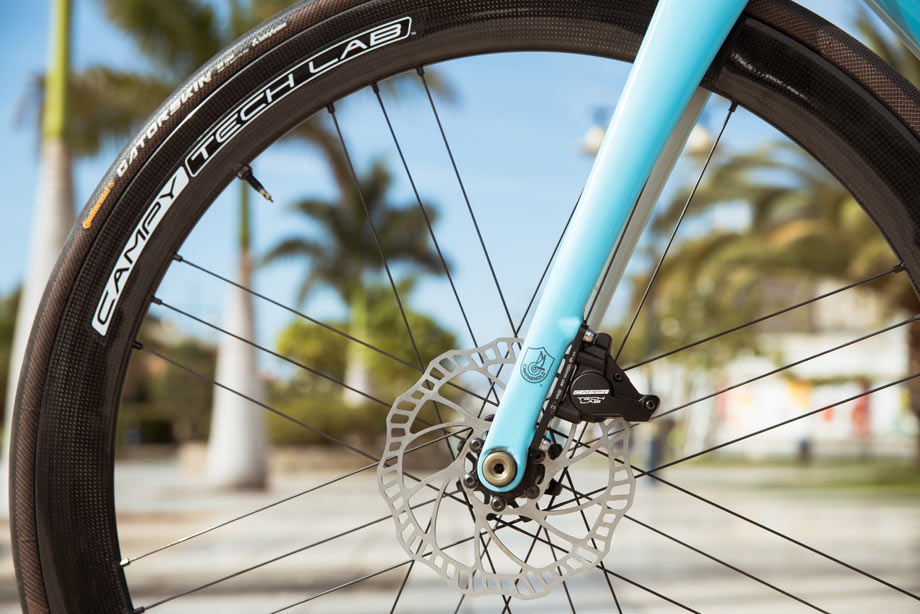 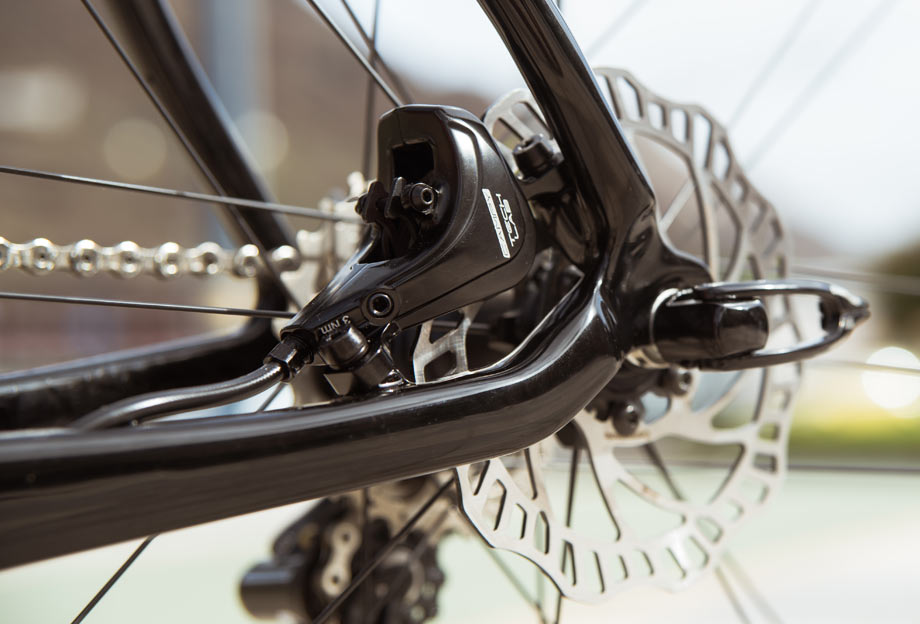 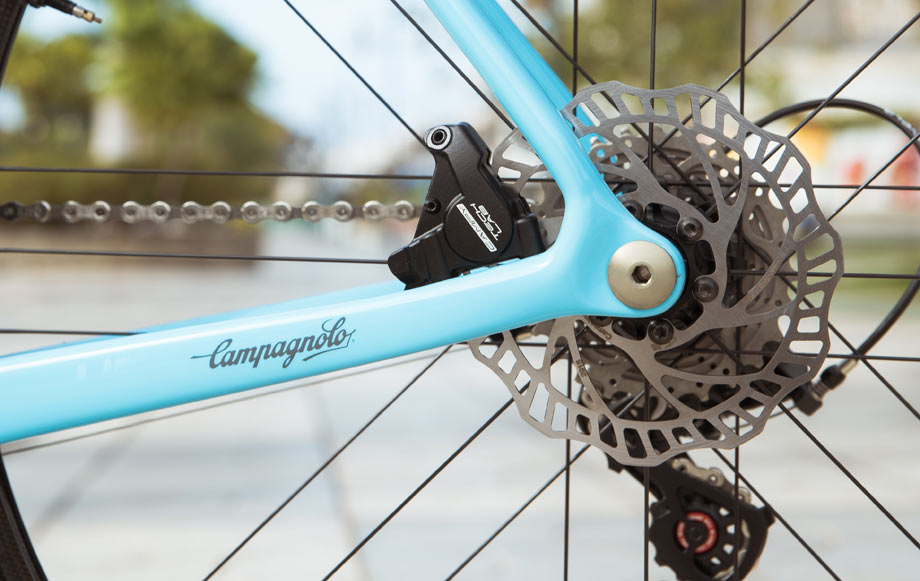 The discs looked good, but here’s hoping that Campagnolo also use the test miles of the other component makers and have a bit more solid surface (while still allowing for heat blow off) so that road pads last longer than a single Gravel grinder / race in the wet. 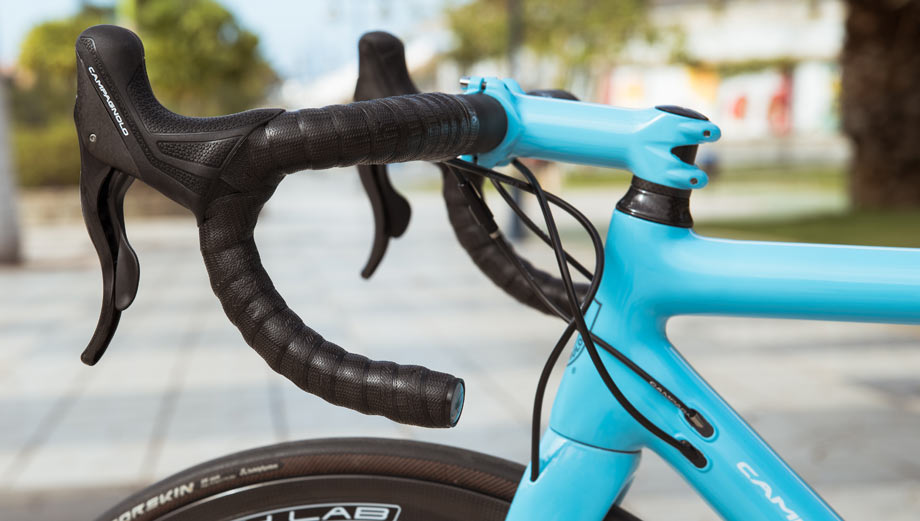 The hoods look like they house similar pumps to the other groups. It will be interesting to see if these get any smaller or change shape, as these seem fairly refined. The ergonomics are already hand friendly. 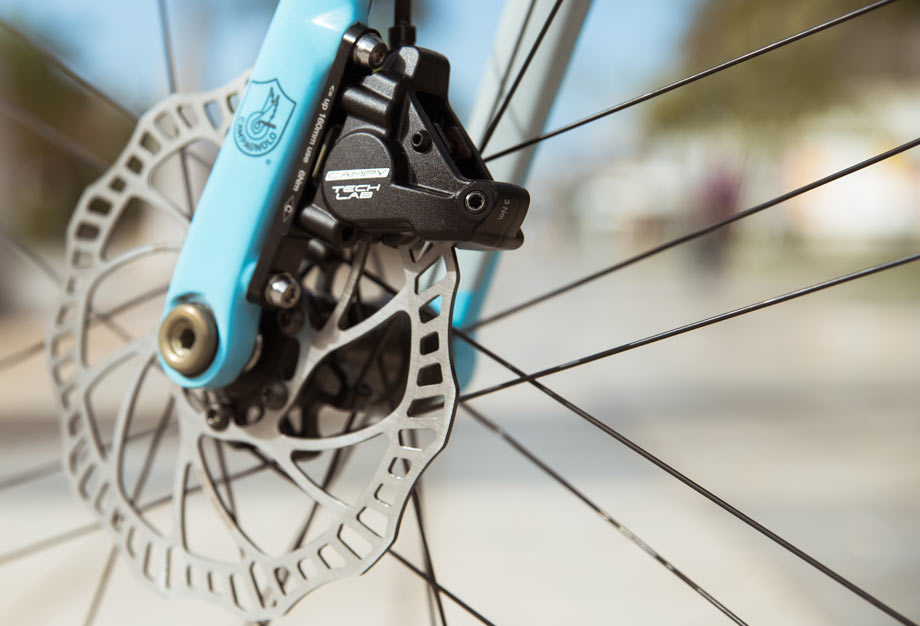 The brakes were on display with both EPS and mechanical shifting sets as well as a few Tech Lab labeled wheel sets… Who knows what level of group these will start with, but they’ll likely be ready with hoops as well.

As far as info goes, it was a “what you see is what you guess” scenario, so we’re just floating most of the info based on our peepers. There is no lead time suggested and there were more than a few other questions left unanswered.

That said, Campagnolo don’t get this far without knowing how the story goes from here. You’ll see these on bikes in the future.

The overriding feeling is that when these do land, they’ll be refined and ready. With something like brakes, Campagnolo have no interest in using the public to pay them in order to Beta test product just so it can then release a more expensive version and call it an upgrade.

Campagnolo are more focused on what they launch than when they launch it. Sales take care of themselves when that happens.