I’m thinking back to last year, where I’m sitting in one of my favorite local shops watching the mechanic tighten a set of bars back in place… Not that I can’t manage a bolt, it’s just that neither of us care who does it. I mention “hey those are ti bolts and that bar is a prototype, where’s the tor…” He waves me off and says “after 15 years, I’m a human torque wre [CRUUUUNCH], oh, oh, ooooh, crap… How much are these bars??”

I’ll add that the exact same thing happened with a seat post at another shop and I had also made the mistake myself in the past, truth be told.

Though I learned my lesson a long time ago, I know lots of you have not… Trust me when I say that there is a very good chance that if you’re the typical cyclist reading Pez, you have gear that costs way too much for you not to have the Giustaforza torque wrench.
. 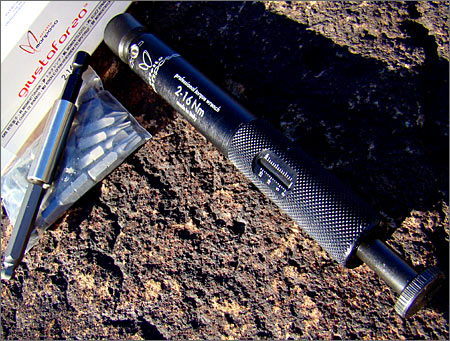 Effetto Mariposa’s Giustaforza torque wrench is one of those things that just makes sense… The company’s name (Effetto Mariposa) comes from the “butterfly effect” and there’s a nice explanation of their site. The basics though are rooted in that small things can have big consequences in the future.

What is the “butterfly effect /chaos theory” in bike terms? Take a guy putting just that little bit bit of extra pressure on a bar bolt. Just that Newton meter too much that causes a bit of damage to a bar that festers a bit over time and under force, before finally causing the bar to break. Say that bar breaks as the rider is leading out a sprint. He crashes taking 15 other guys down with him at 45 mph… A half Newton just caused 3 hospital visits, 15 cases of road rash and thousands of dollars in damage. That’s the butterfly effect…

Giustaforza translates to “just force”, where “just” means “in accordance with standards or guidelines; proper or right”. We’d say “the right force”. And that’s the basic goal here.

The unit couldn’t be easier to understand or operate. You simply turn the little knob at the bottom of the wrench until the little white line is next to the force you want for the object you’re about to tighten. 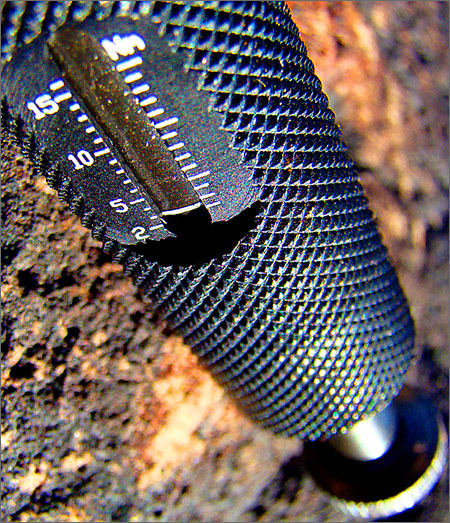 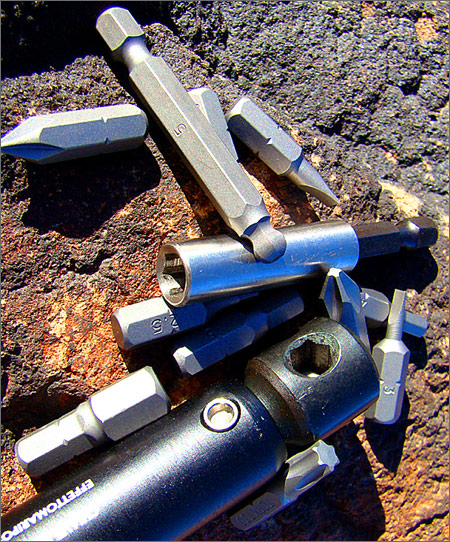 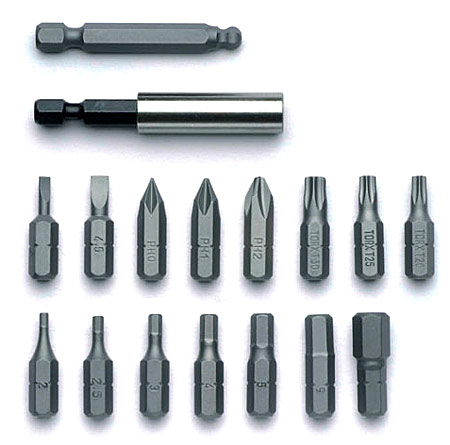 This should cover darn near anything on your bike that will require torque in the range that the unit supplies. These bits are also a standard fitment found in most hardware stores for things like cordless drills etc, so no need to freak out when you lose your number 4 or 5…

As your fastener reaches it’s appropriate snugness, you’ll simply hear a click (or pop or what ever you want to call the sound). 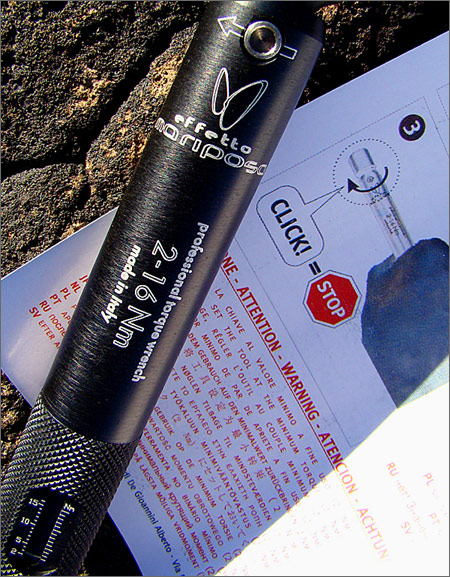 You’ll also feel the wrench “break” at the same time. “Break” being the wrench releasing force.

And this is a one way only gig. 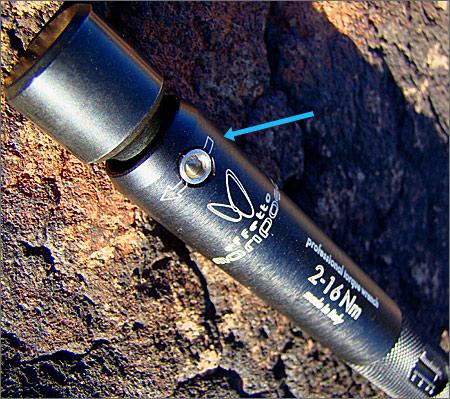 You’ll note the little blue arrow noting the little white arrow… Just to be clear, this thing works while tightening bolts only. (sorry, but someone was going to ask.)

AND WHEN YOU’RE DONE, SET YOUR WRENCH BACK TO IT’S LIGHTEST SETTING… (2Nm)

So that’s that…
The wrench itself is a solid hunk. The body is t6 Alu. It gets an industrial hard anodized coating. The head is High carbon, heat treated steel and the guts are steel with an anti corrosion treatment.

I forgot to mention that I also like the size of this unit. On other units with larger / more bulky handles, the feel is muted a bit. With a smaller wrench and less leverage, you really feel what you’re doing a bit more and on light settings it just makes me feel like the bolt is more secure (totally a personal thing…).

As far as tolerances go, this wrench is set for 5000 clicks at +/- 4%. That should be a lifetime tool even for the heavy enthusiast, but you can send it back to be recalibrated if you need to. After 5000, the tool only degrades to 10%. And it doesn’t drop to 10% immediately at click number 5000. It drops to 10% over time, so it’s your call, as there are wrenches that would find that range acceptable as a starting tolerance.

For the true weenie, there is a Pro version that will also hold 5000 clicks and is offered with a free recalibration. The standard that we tested can also be recalibrated but at a cost.

What ever the cost, this is one of those absolute “no brainers” for someone with a bike costing in excess of 3 thousand dollars (or anyone valuing their flesh really). By “no brainer” I mean you are simply lacking a brain if you’re not using a torque wrench…

Effetto Mariposa also has their idea of carbon paste and a “carbon lube” that should be available. Carbon pastes that help your parts from slipping is another GREAT idea…

Retail price is $175 for the standard Giustaforza Wrench unit, or roughly 20% of the cost of a set of Schmolke TLO handlebars. You should order one at Cantitoeroad.com.

Note: Thanks for looking. If you have other experiences with gear, or something to add, drop us a line. We don’t claim to know everything (we just imply it at times). Give us a pat on the back if you like the reviews, or a slap in the head if you feel the need!