It’s been a little while since we balanced some bean bounce barriers, so in roll Bell Sports Sweep R and Limar’s 969. Both in Red schemes (as that’s the next Hot Project bike color) and both sporting big vents and little weight…

We’ve known the folks at both Bell Sports and Pronet Cycling for a long while, so it was nice that they both helped solve two problems at once. First we needed a helmet test to roll and second, I had a fashion crisis brewing as I have tons of blue stuff and a new red bike.

That both companies had something to fit the bill was a real help. And that both entries were jumbo vented, light weight’s was nothing but a plus as we landed the Sweep R and 969. 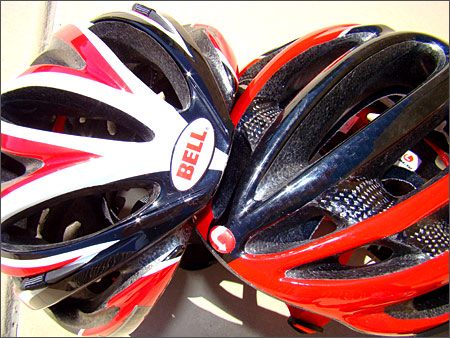 Taking the alphabetical first stop, Bell’s Sweep gets the first look and at first look head on, you can’t help miss the first three vents up front… 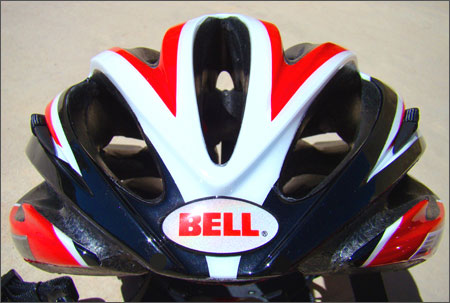 What you might not notice are the side vents and it’s here that some companies sometimes fall off the venting mark a bit. 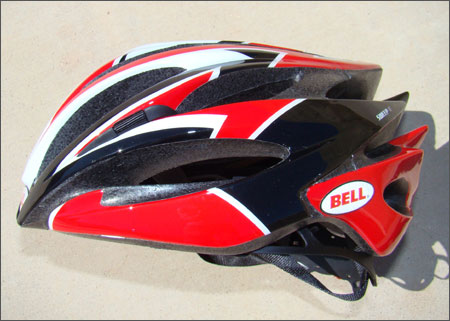 Bell actually call out 20 vents in all. 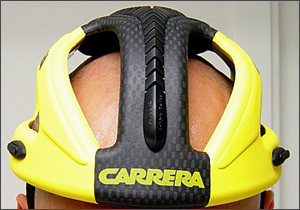 The deal is they were held off my head and that allowed massive entry and exit of air… Ask many of today’s designers to redraw that lid and they would turn each of those holes into 4-5-6 more (with less airflow) and hype “30!”.

Fortunately hype wasn’t the lead design factor when Bell made the Sweep R.

Another reason helmet designers would want to have more material between more vents is simply to build a safer helmet. Bell have made a very solid lid in this version but do so with channeling more functional and DEEEEEP than all but two or three other manufacturers… 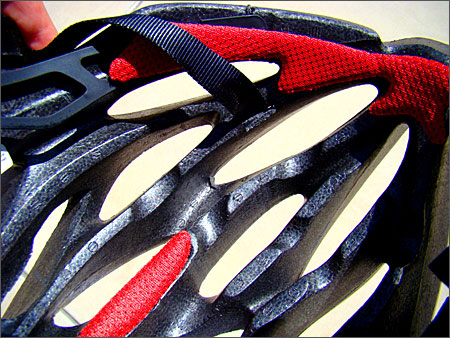 The venting starts with the 5 large front openings and is deeply channeled to the next set of vents. And again it’s not just the front and top that get channeling but Bell do a great job round the sides… 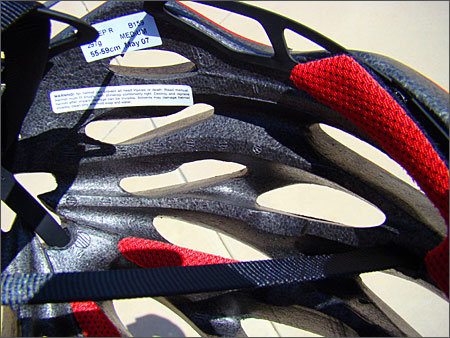 And right out the back. 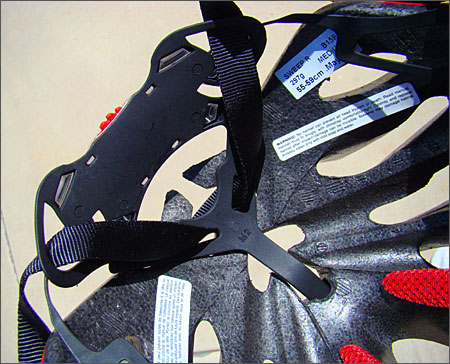 This is pretty much priority one for someone in a place like Phoenix Arizona. Starting next month, the ride temps at 5:30 am will start in the 80’s and 90’s and end in triple digits. With that, channels between vents that you could lose a quarter in and that are shaped properly to both allow air in and draw out are required. 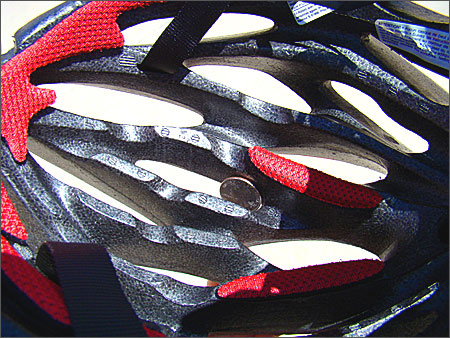 There’s absolutely no room for vent number hype here. A helmet in Phoenix either breathes well enough or not… 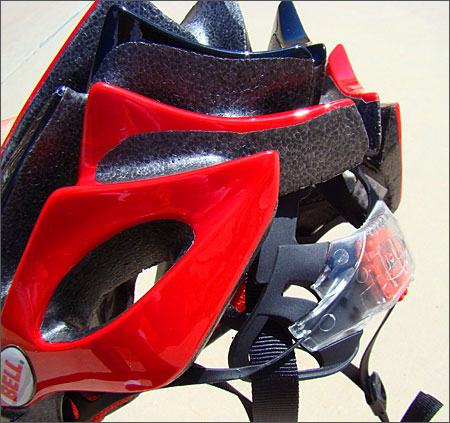 You’ll note its got a bit of bulk but the fit is pretty snug as the retention system pulls from a few points to do a nice job of hugging your head without binding. It might not be as minimalist as some and will get in the way of some hats or those few Jack Durand fans still rolling bandana’s tied up. But adjustment is really simple and it holds well. 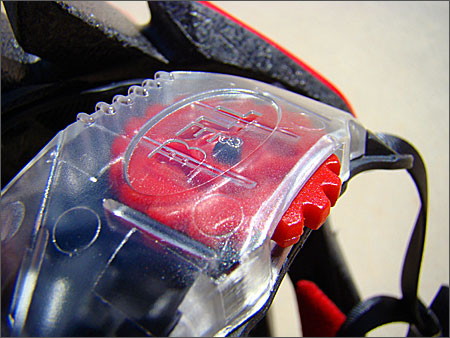 I would wish for something a bit more simple and with some adjustment up and down the back of your head as well as just tightening and loosening, but honestly the way this is set up I wouldn’t have moved it up or down… But heads are like, well, heads are different…

Bottom line here is a nice light lid. Our tester weighed less than the spec’d weight by one gram. That tips the scales at 279 (versus 280 as spec’d) and manages to do so without any carbon…

For this level of protection weight and very good ventilation, that’s a damn nice price.

Next Comes the Limar
Part two gives us the 969.

Also large vents up front for the Limar… 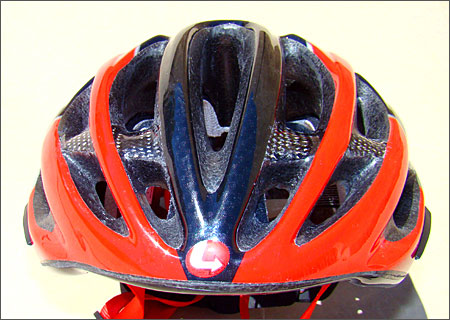 Peek round the side and you get a profile and an idea of Limar liking to keep their helmets fairly low profile… Nice and conservative. 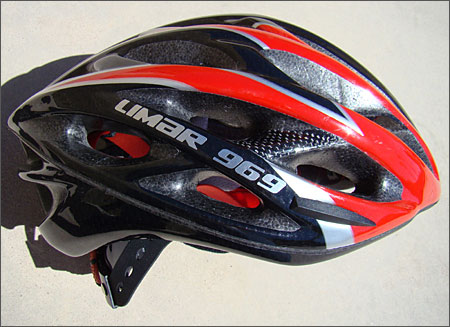 You really get the feel for the profile / look Limar are going for when you see the back. 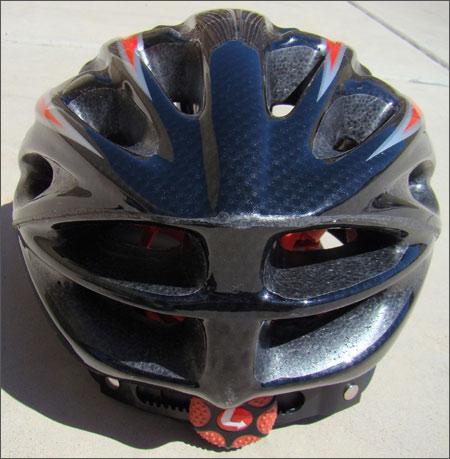 Just a note, but Limar call out 33 vents for the 969… I counted 29. Wife… 29. Retailer “where’s the other 3?” So we’re all probably wrong here and I’m wondering if the gap between your head and the side of a helmet isn’t being counted by both Bell and Limar.

The ventilation inside is also an improvement from the last Limar we had on hand. Now there’s some deeper channeling between the vents. 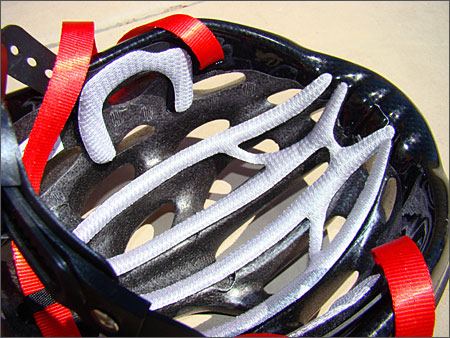 Limar use the liner pretty effectively to raise the helmet off your head even further to add to the channeling.

But get round to the side and the channels not only are less prominent, but the liner pads are lined up in a way that will impede air flow between vents. They allow breathing, but probably should have been orianted differently. 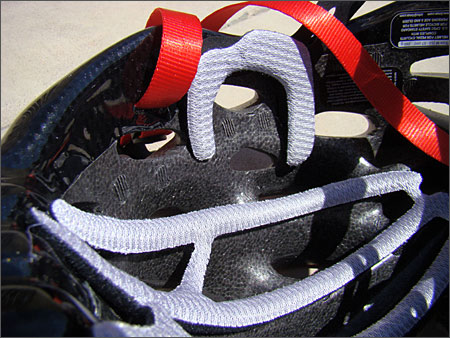 Getting to the rear, there is more mass here than on the sweep but the padding does a good job of allowing the air out.

The retention system for the 969 is called Pro System 2 (That’s a guess as the English translation from the Limar site is a little rough). 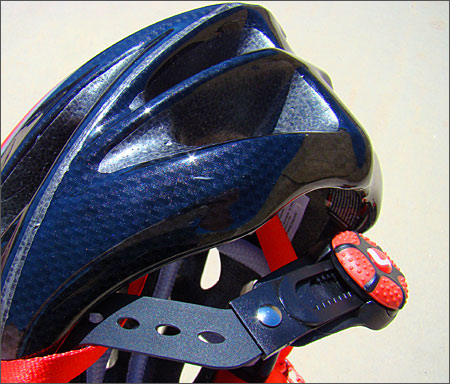 It might appear that it sits a little further down the back of your head than the Bell, but with the slightly different shape of the two helmets it’s actually pretty much dead in the same place.

It’s also a very simple spin the disc fit system and is even easier to work with than the very simple Bell unit. 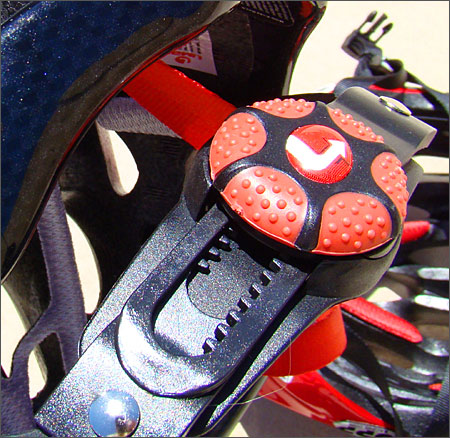 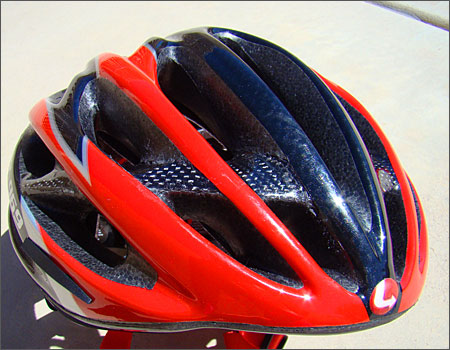 The Limar seems exceptionally well put together and the Carbon looks pretty slick as it’s noticeable but not as “LOOK AT MY CARBON” as some helmets are.

That is until you look at Limar’s insane new 104 tipping in below 200 grams… But we’re waiting on US approval for that one.

The 969 vents well. It actually vents better than I expected once on my head. The side venting isn’t quite as good as the Sweep R, but the 969 is a little quieter and will absolutely do the job into the 90’s.

I would guess that this helmet has a pretty low aero drag factor as well (just a guess looking at the reserved shape front to back and VERY low wind noise compared not just to the Bell, but to other high end offereings from a few other companies), and for those looking for a cool, mild, warm weather race lid, both the drag and the very solid build should be a nice combo.

The suggested retail for this a respectable $149.00 and the web shows that’s about where they’re selling. As helmets with carbon bling are fetching $170 – $200 plus dollars, that puts this one in a relatively reasonable place.

You can get either of these helmets in lots of places or see:

Limar Helmets Web site, available in the US through Pronet Cycling