Volagi Bikes were talking about a project with Pez for the better part of a year and they wanted something just a little different, but production worthy.

With just a few weeks to go before this last Interbike, one of their bare frame Liscio models landed here and the easy thought was to take their idea of cable actuated disc brakes and simply get rid of all but a few inches of the cables. That required a little help from the guys at TRP Brakes and a stop at Fairwheel Bikes, as they’ve become (in my opinion) arguably the premier custom project shop in the US (where “custom” goes beyond buying a frame and selecting widely available retail parts). Fairwheel reworked the frame to clear a path for the Hydraulic lines and then did the full build up.

The result was the first example of full Hydro production road that will be available from Volagi. 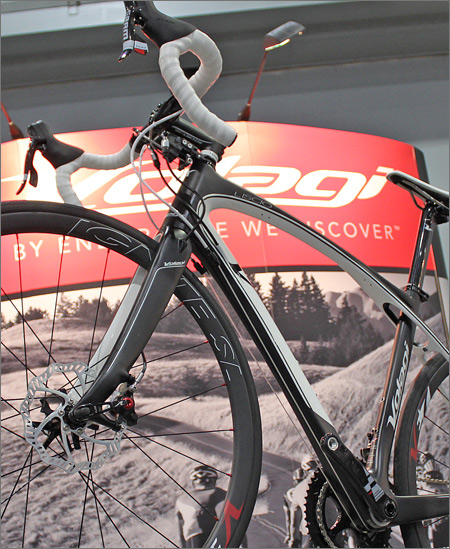 The Parabox unit was an easy choice as TRP have come further in developing this tech for Cross and road in a production available platform. The unit itself sits fairly neatly under Ritchey’s new C260 stem and Superlogic Carbon II bars. 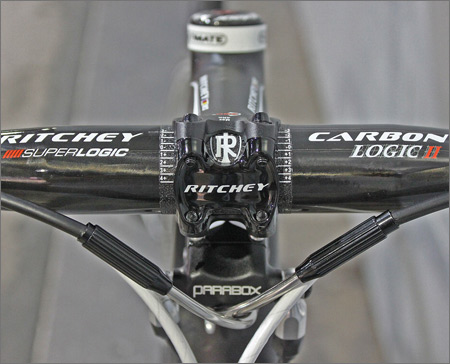 Mounting the actual Parabox is no more difficult than setting up a spacer under your stem, but the fine tuning is best left to those folks comfortable with new high end Mountain Bike Hydro work… 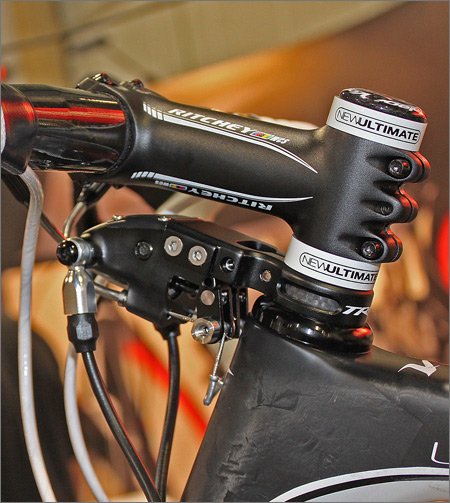 The Parabox is a slick unit but it wouldn’t be complete without high end calipers and TRP’s matched units work very well. 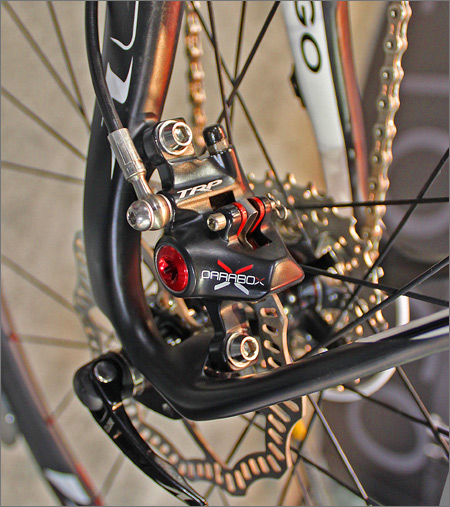 The remaining group was all SRAM Red/Black. 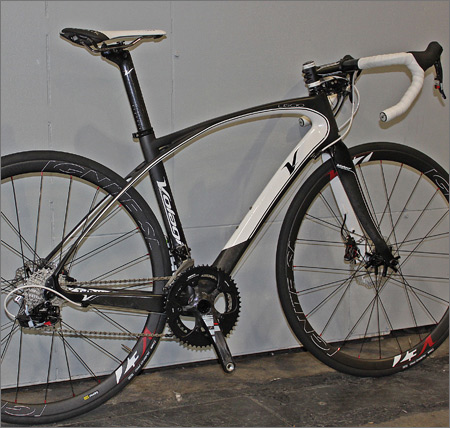 The entire rework project happened over just a few weeks and traveled up from Arizona to the show floor. Yet after going through the parts gathering decisions and build, it turns out I won’t even get a leg over the bike… Bringing a Hydro Disc package back to Arizona for review just didn’t make as much sense as sending it off to Vancouver (dammit…), so you’ll see a review from a more logical climate very shortly…

American Classic roll out a couple of new rim designs that make another shift toward stiffness without adding weight. They’ll bring both Tubeless road and an updated Magnesium fly weight to their stable. 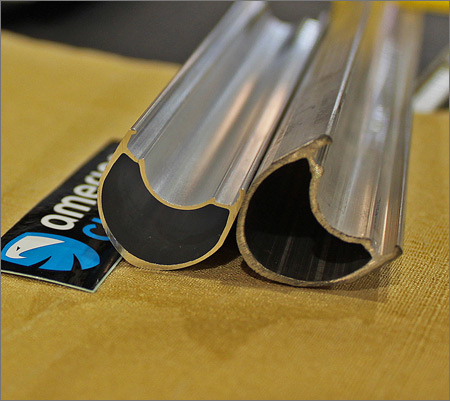 Both new models share a design twist from Bill Shook’s never resting noodle. A larger total rim volume area, and very short side wall extension (the rim bed sits a bit higher up the side wall) that keeps things nice and stiff at the bead without adding weight to the outer most part of the rim. 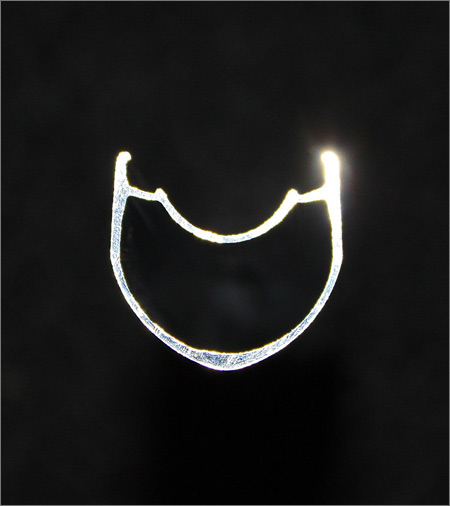 The tubeless set up starts with a very light rim and adds American Classic’s fiber tape and a double layer of “Honey” to seal things up. The set comes in at 1178 grams. 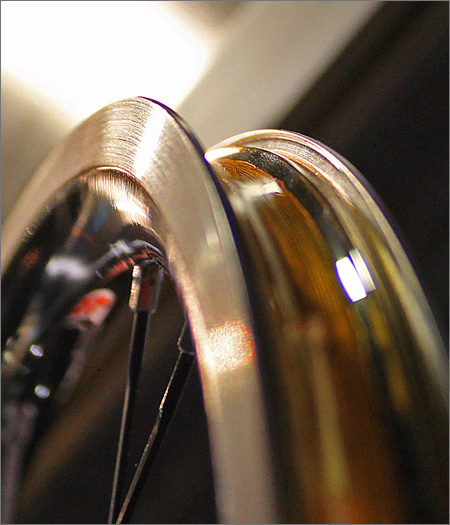 While the Magnesium is a ground up rework of rim construction that makes for a notably stiffer wheel set that rolls out at a very carbon Tubular like weight of 1108 grams for the set.

You can get with American Classic on details and shop locations near you.

TEXmarket had a little more info and options on display at Interbike. Sure we could run a bunch of pics of their pre-fab samples and talk about a couple features, but all that would do is make it easier to not see the forest through the trees…

It’s not about the brands they make for (several of which you already know). It’s not really about the features they had on display. It’s more about TEXmarket as manufacturers that not only stitch things together, but can make a lot of the pieces that get combined to make the products…

Case in point, they had more different options for venting mesh fabrics alone than most other clothing vendors had for options for their entire hot and cold weather jersey lines combined. 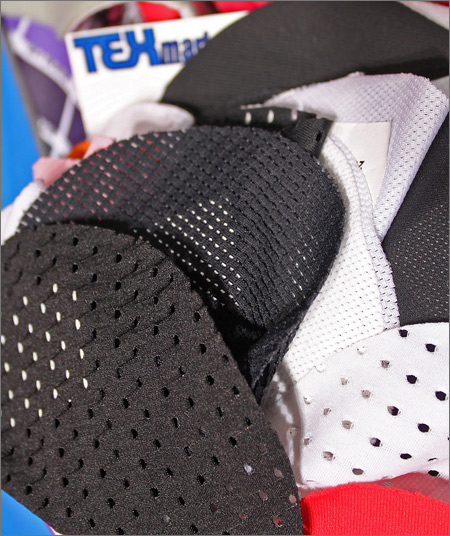 And while several companies either dictate to you what chamois comes with what short, or offer you a couple of options at best, TEXmarket had a SEA of alternative short materials and virtually every type of butt barrier on the market. 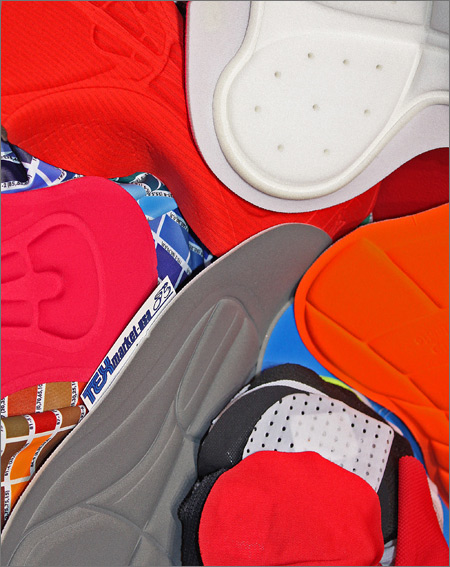 And that tells you only a part of the story.

If there isn’t a chamois here that suites you or you are looking for a different material, TEXmarket can very likely fabricate it custom.

I asked why most cycling companies made basically the same chamois shape that has so much wasted material and padding… The answer was “design a different kind of chamois and we’ll make it”.

Now while that could have been a very good example of shutting up an unqualified hack tech guy, it was very simply an offer made because TEXmarket has the ability to do that… Any fabric, any styling, any printing, virtually open source raw material access and a color pallet that is basically a “yes”… 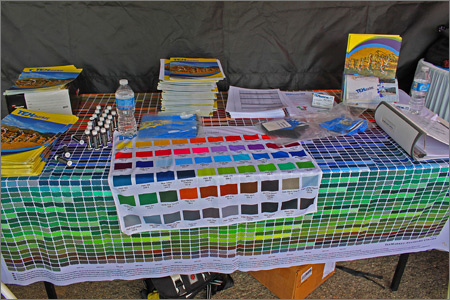 Gore’s new Ultra Light cable set also broke ground for this show. In fact I had sets in time to build the Volagi Hydro bike with them. 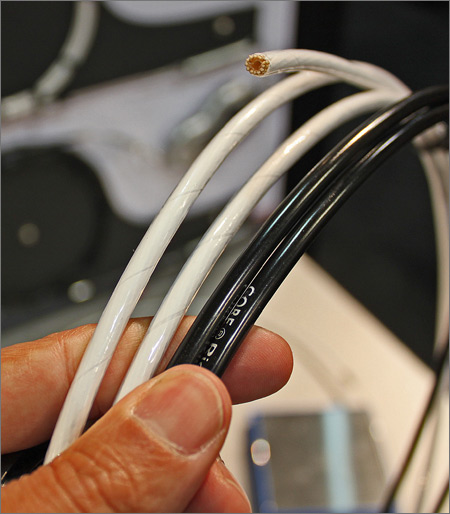 Sure these things are the lightest housing currently available… 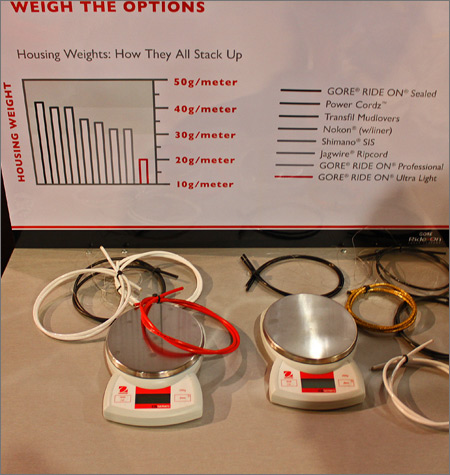 But that’s not quite as important as how well the Gore systems perform over time versus a lot of the competition… They’re also pretty dang easy to work with versus several lighter options that require more time to install than the rest of the drive train. 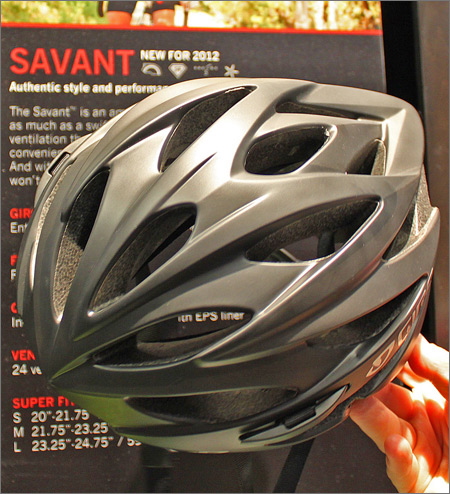 Of course its a racy shape front to rear… 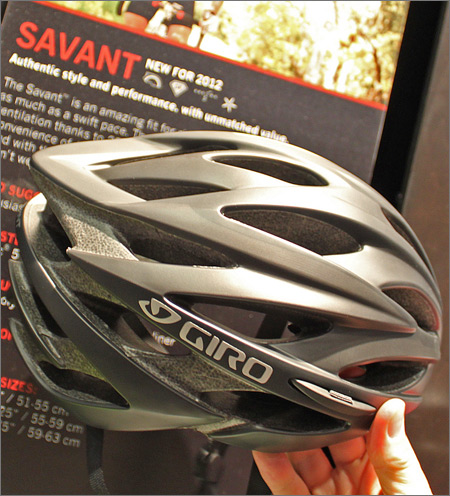 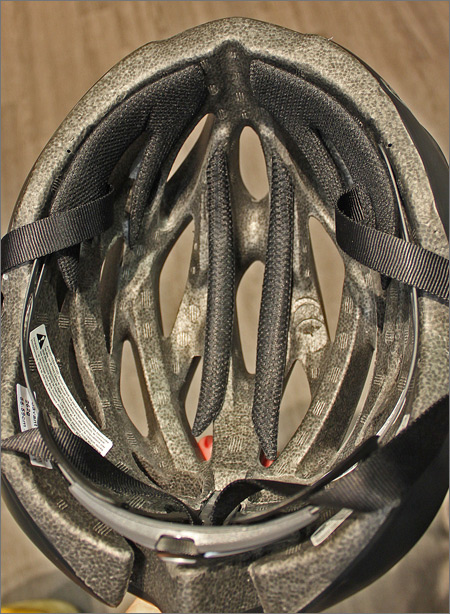 And it brings the Roc Loc 5 retention. 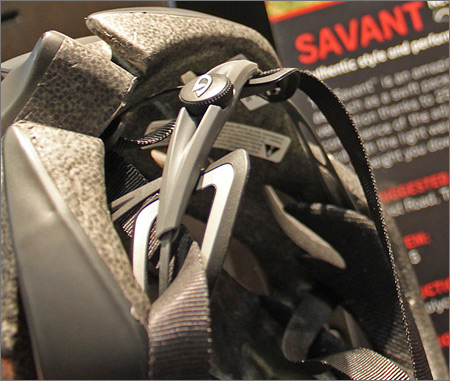 What Giro have forgotten is the other hundred bucks retail that a helmet like this usually goes for.

These things are hitting the shelf in the 80 dollar range, meaning we’re finally seeing trickle down in helmets that actually come with a lower price point instead of the latest top line models just going up in price…