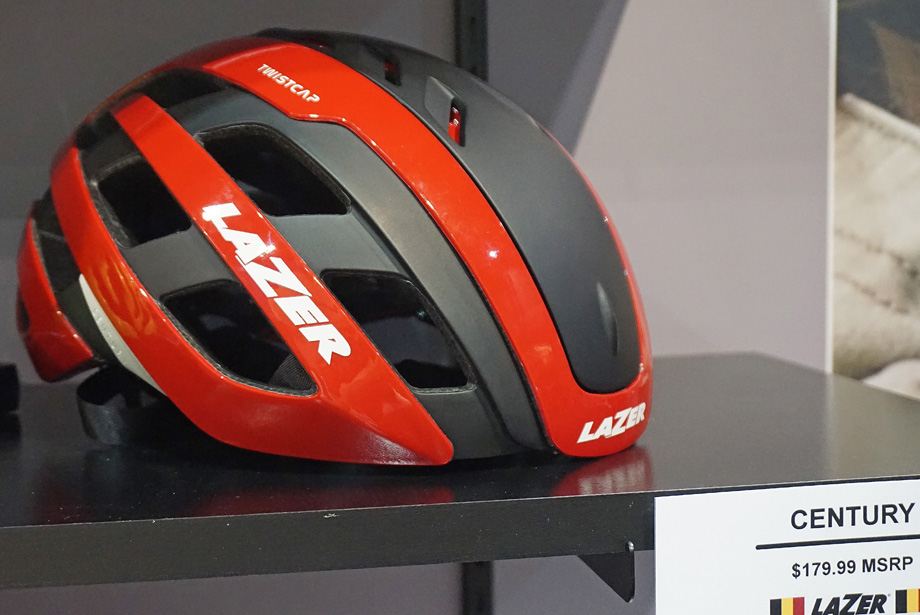 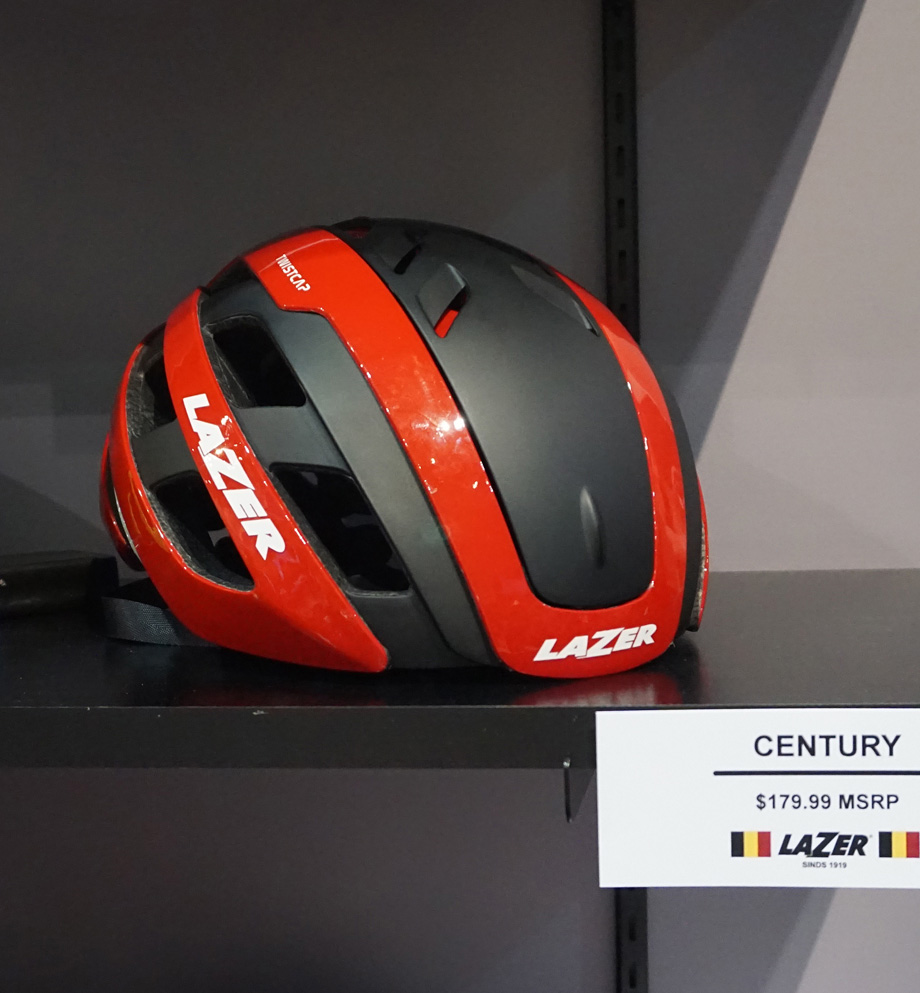 To semi block (by simply flipping the vent piece around)… 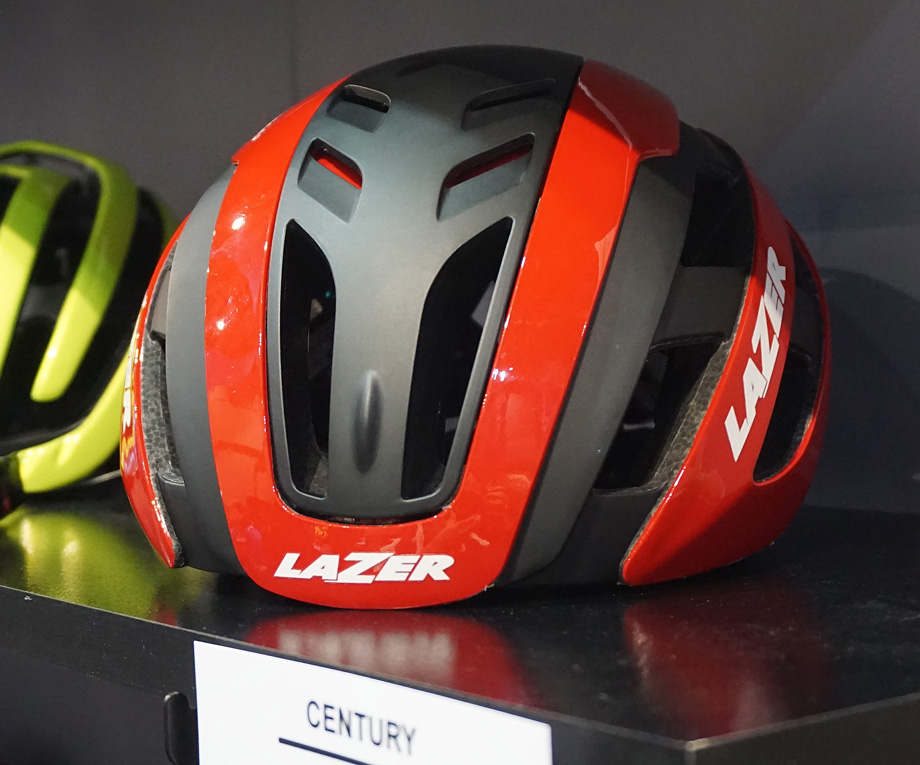 To full venting, by removing the center panel completely. 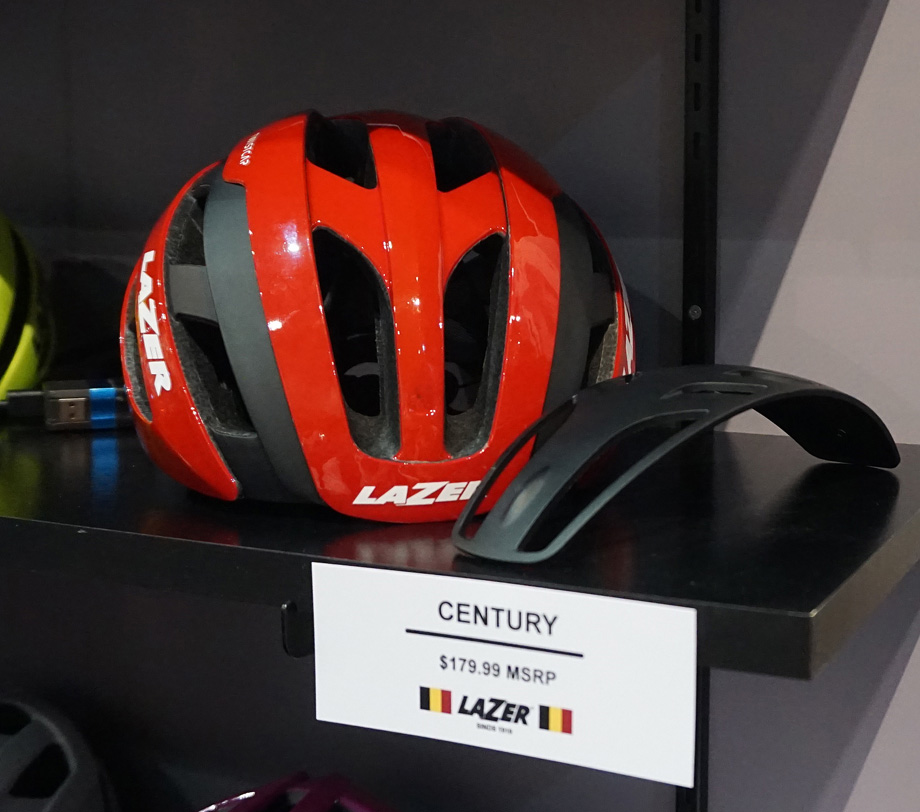 This is a well thought out piece of kit, with venting channels that are not super deep, but still deeper than other panel helmets. 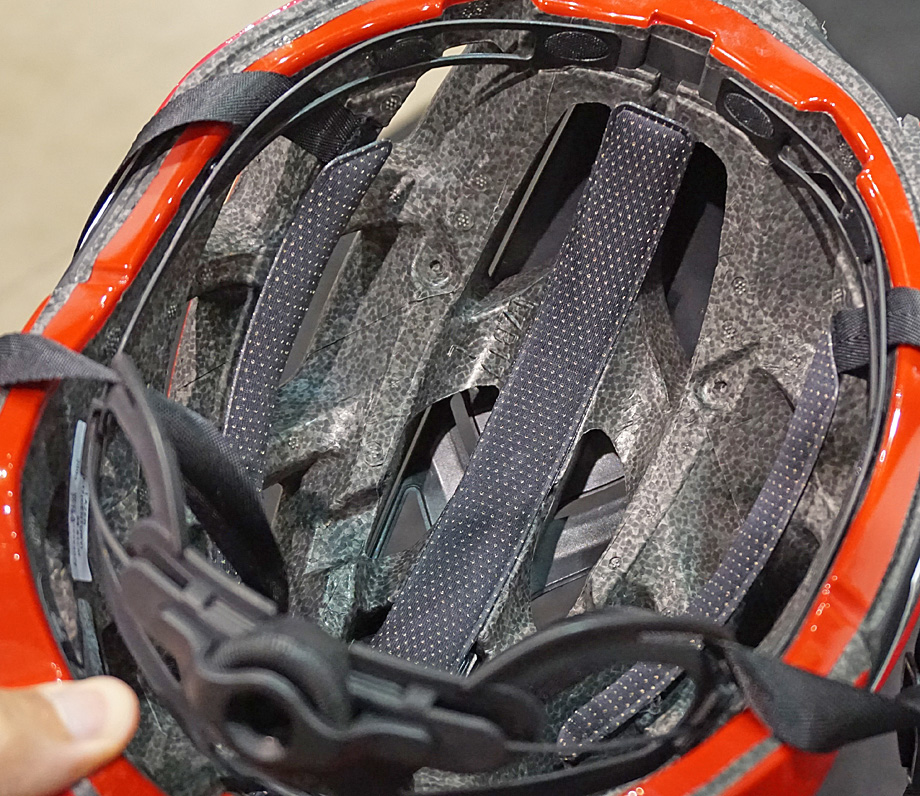 Lazer forced design change for most performance helmets with their original full wrap around retention system and the Century also wraps nearly completely around, meaning your head doesn’t simply get smashed against the front of the helmet when tightened.

The Century also has a large rear light with a replaceable internal battery. 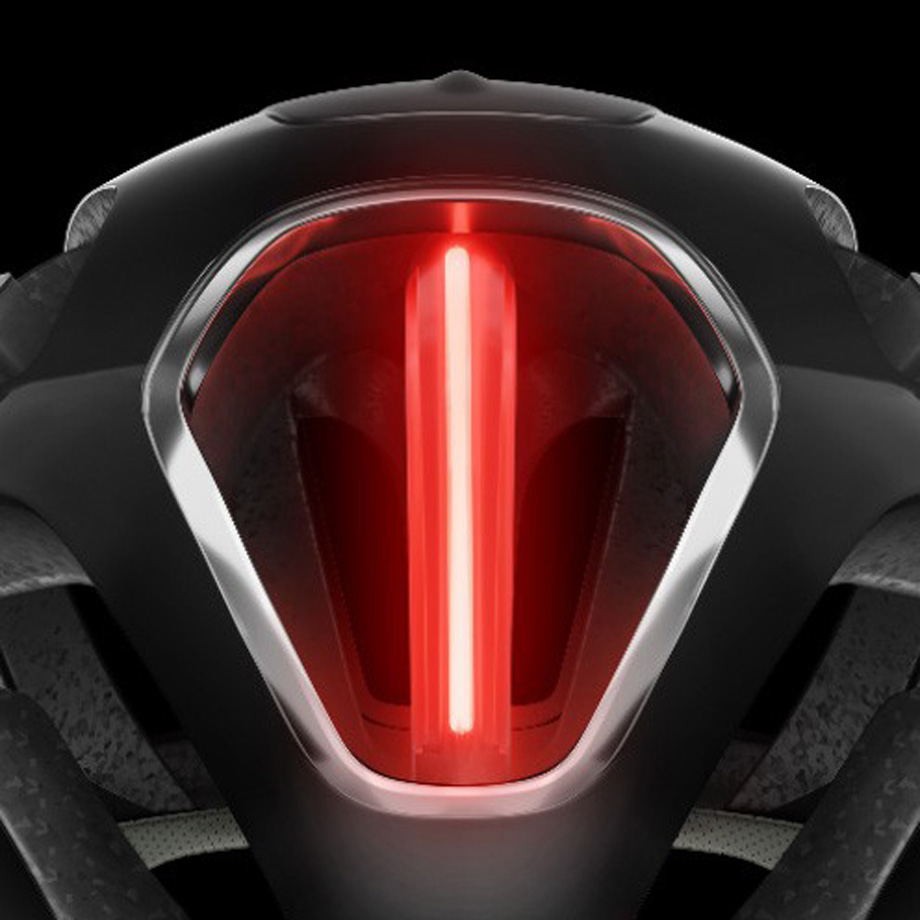 The light will run solid and strobe… and the Century weighs 277 grams in Medium and comes in 6 colors (most of the favorites) are available.  There’s a crash replacement program on tap as well.

The retail is relatively good at $179 for a solid choice of what I’d call three-and-a-half season riding, suitable for all but the hottest performance rides and coldest commutes.

You can find more at LazerSport.com 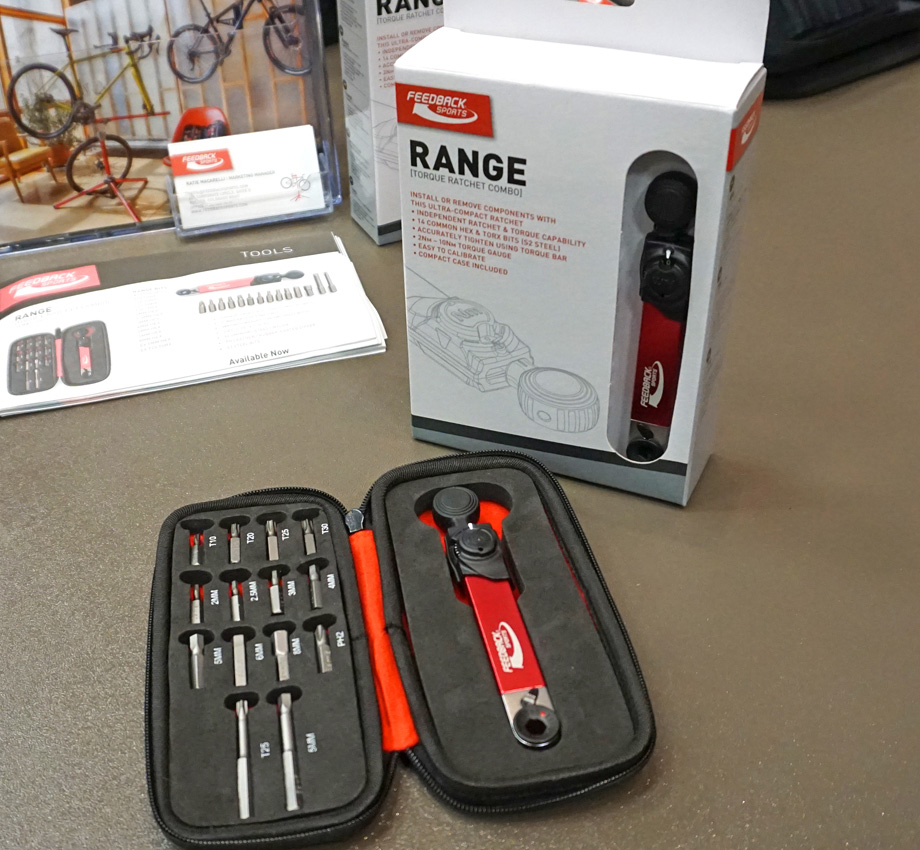 This is one of a few pocket-ish sized tools coming to market, which is a very good thing for folks riding high end gear.

The Range operates a bit differently than most other wrenches as there is no clicking happening at the ratchet head. Instead, you load up one of the 14 Bits that comes in the set and snug the bolt, then you hold the little knob at the end and read the dial as the values rotate by on the torque bar and simply stop at the correct number (0-10NM)… 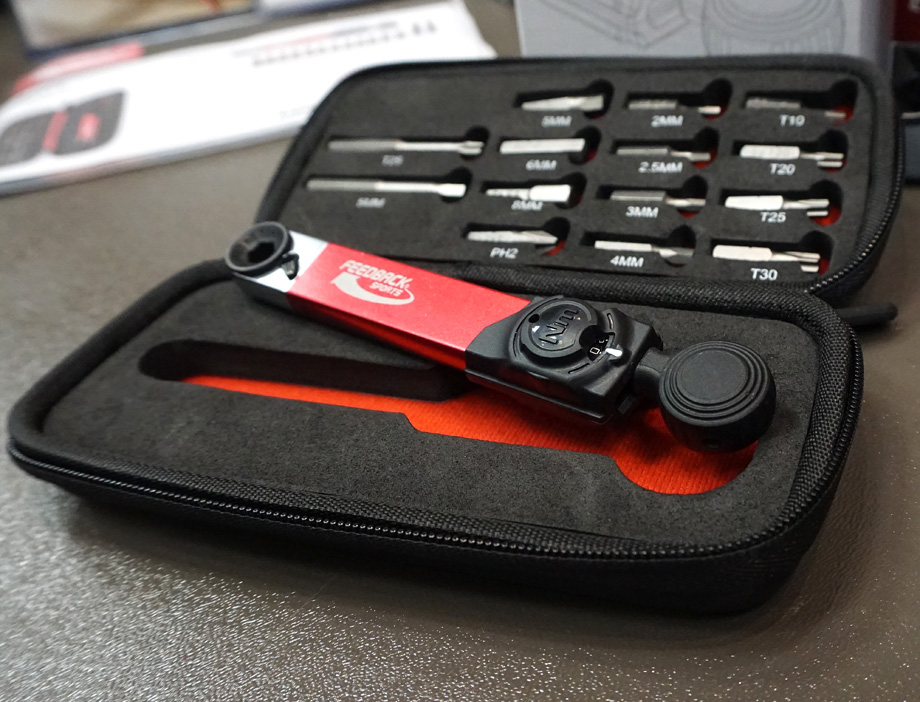 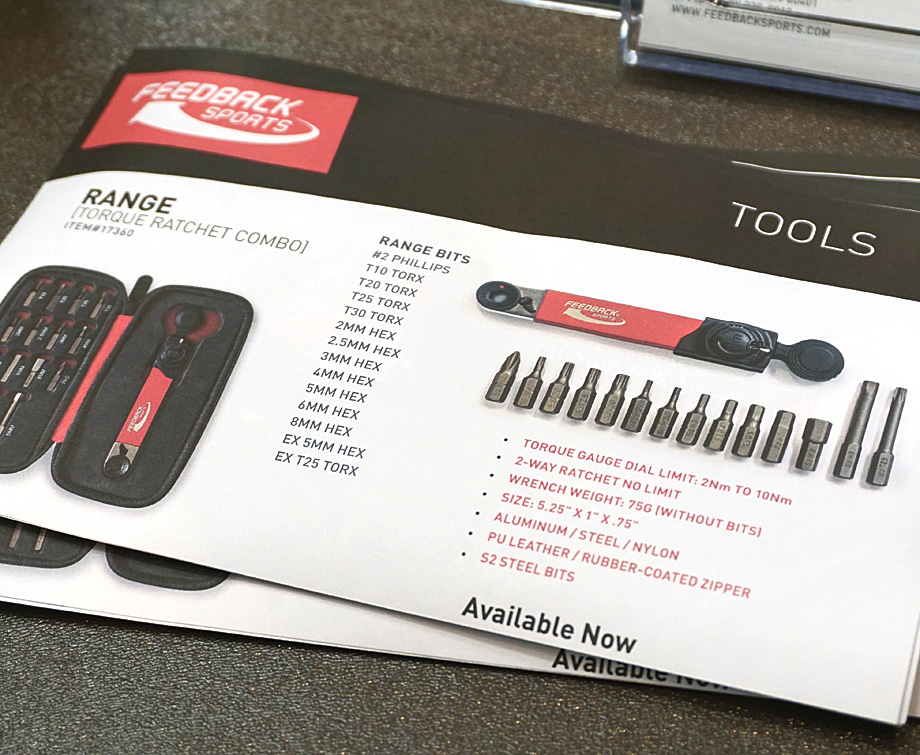 Feedback don’t call this a “pocket” tool, but it certainly fits in a jersey pocket and, if you’re the guy that winds up fixing other folks bikes when something more than a flat happens on group rides and/or you’re just a geek, this will be more than just packed into your travel case.

$79.99 is the retail for these and they’re available now… except they’re not (at time of writing) because they’re sold out.

You can find more at: FeedbackSports.com, and watch PEZ review of the Feedback Sports Sprint workstand here.

Donnelly go beyond rubber to make a couple of complete bikes
Donnelly have been knocking out very good rubber options, especially in the Cross and all-road categories. Given a lot of experience in the field, they decided to jump in with a couple of reasonably priced bikes that fit right in their product wheelhouse. Two models here in the G//C and C//C (G=Gravel / C=Cross.

The GC GETS Long distance Geometry and a full Carbon Frame and Fork, with 12×142 Thru-axel and Flat mount brakes at both ends. 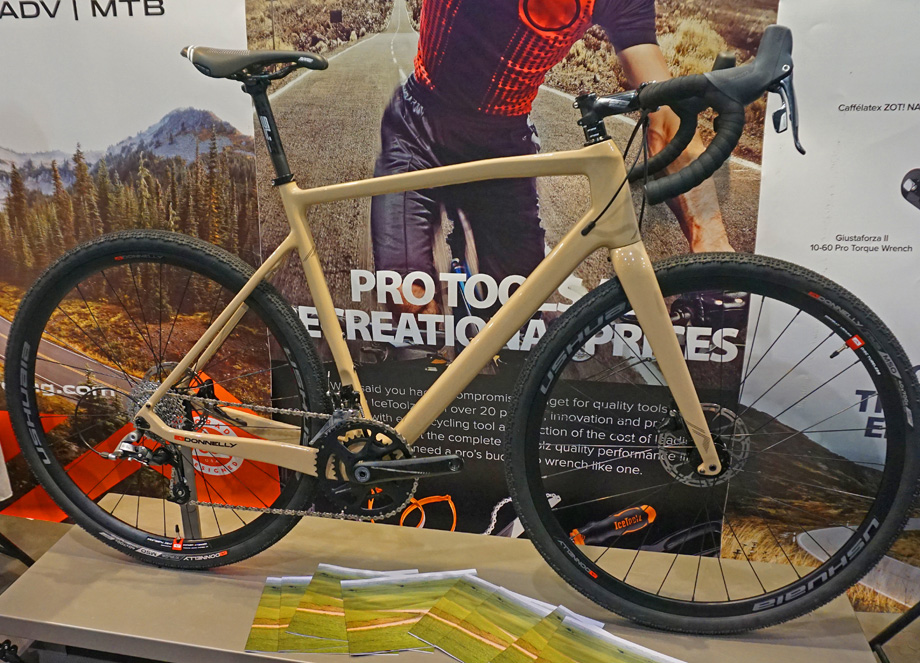 700 and 650 hoop compatible, they come built with Donnelly’s Ushuaia Tubeless ready wheels and Tires, FSA Adventure components and will be built up with SRAM Force or Rival. 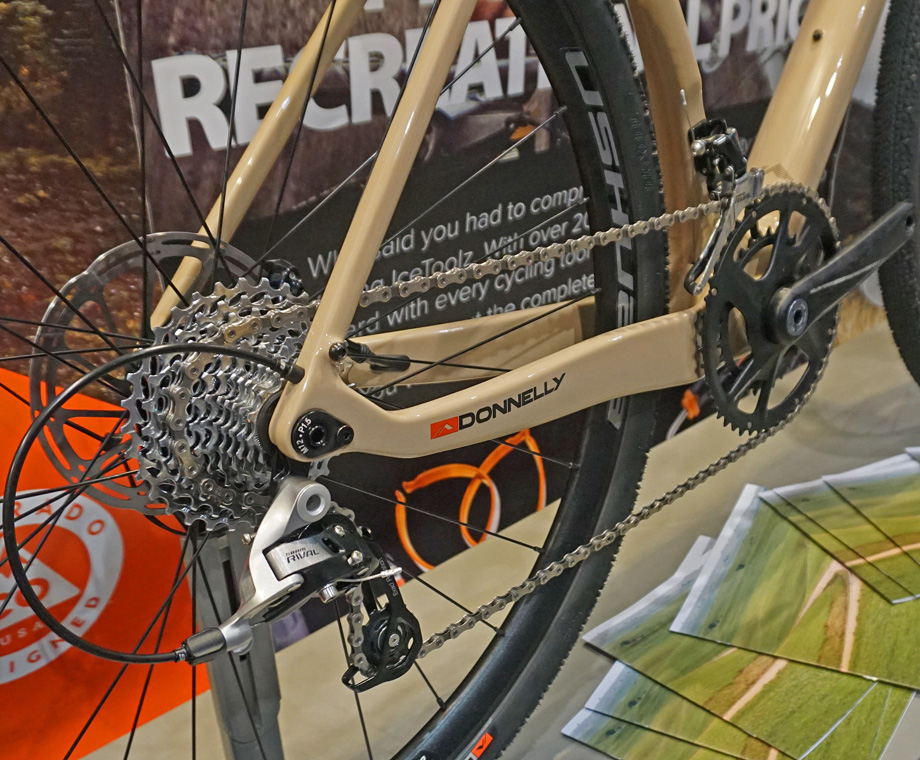 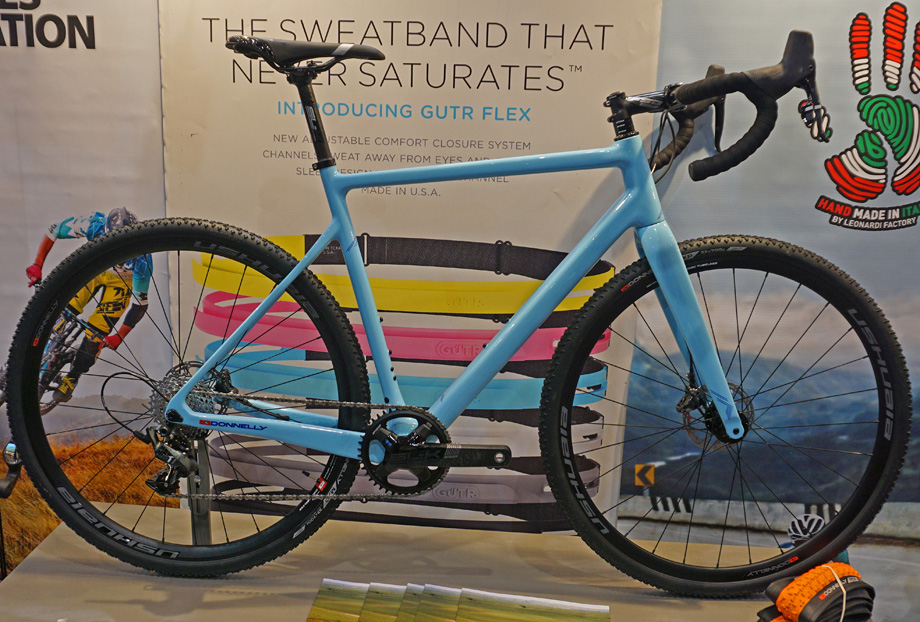 These are a couple of clean, well thought out and well finished bikes and a great first effort. You can find more at: DonnellyCycling.com 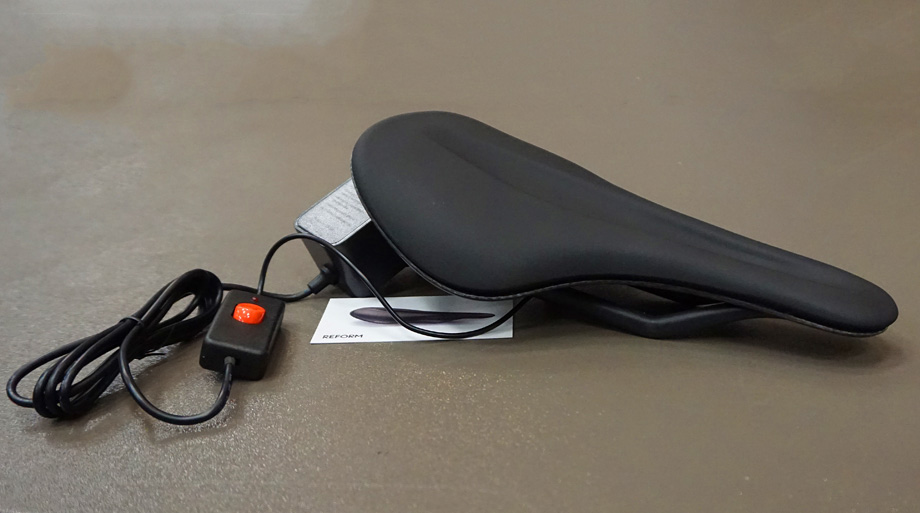 The tech here was first launched a couple of years ago and the design creates both a more effective molding process and a refined look (and function). 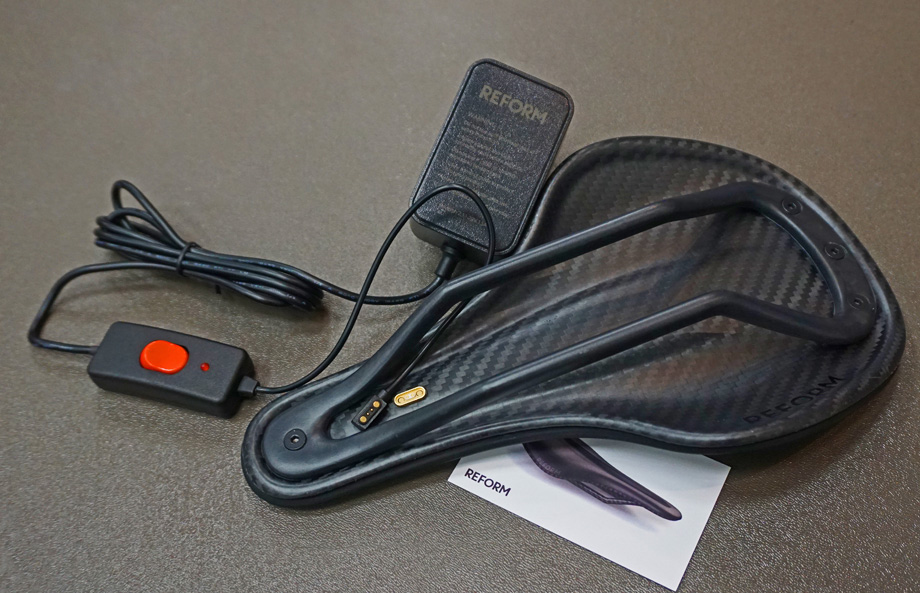 Plug it in and hook it up (for @5 minutes) and the saddle heats up to a temp that loosens up the thermoset plastic. Hop on and ride to allow your sit bones to make a slight, but notable impression and in 10-15 minutes it will cool and hold its new shape. 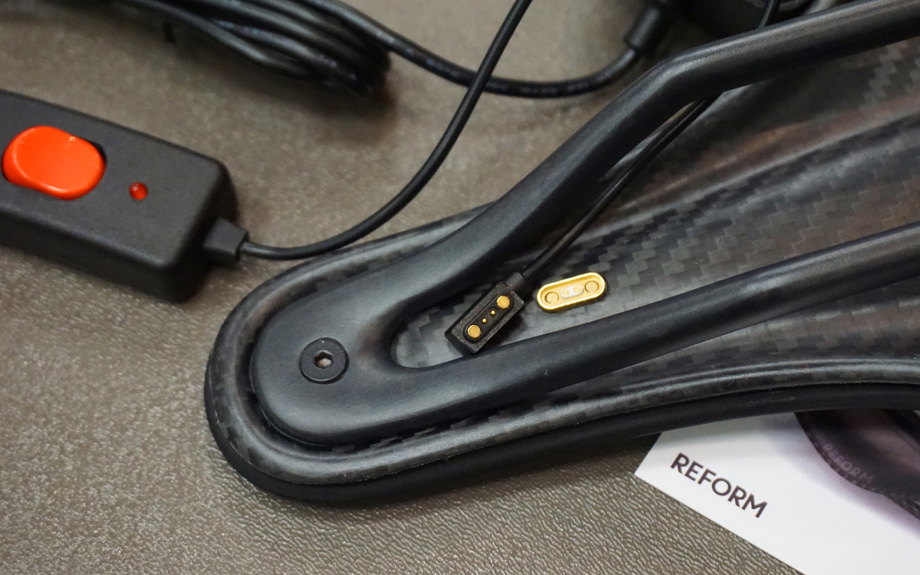 The saddles tip the scales around 188-198 grams and feature full carbon rails and shell with a Micro PU cover.

These should be rolling come Spring time 2019 and you can find more here: ReformSaddle.com 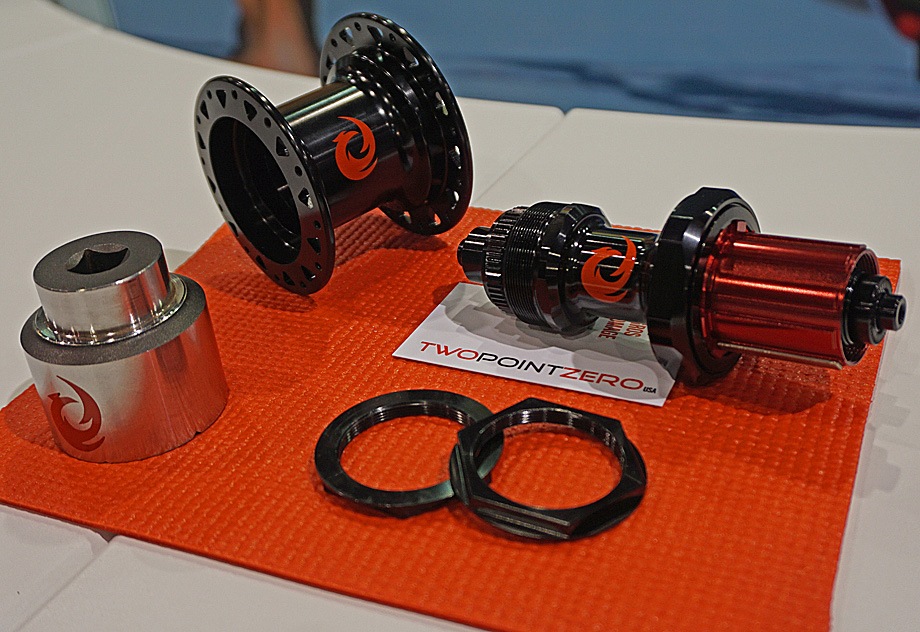 This is a quick change cassette system that will allow you to change gear ratios very quickly, using a single proprietary tool.

All of your hubs’ internals come completely out of the shell built into the rear wheel, meaning you can swap the internals into multiple rear wheels, pretty easily changing disciplines with a single internal gear ratio. 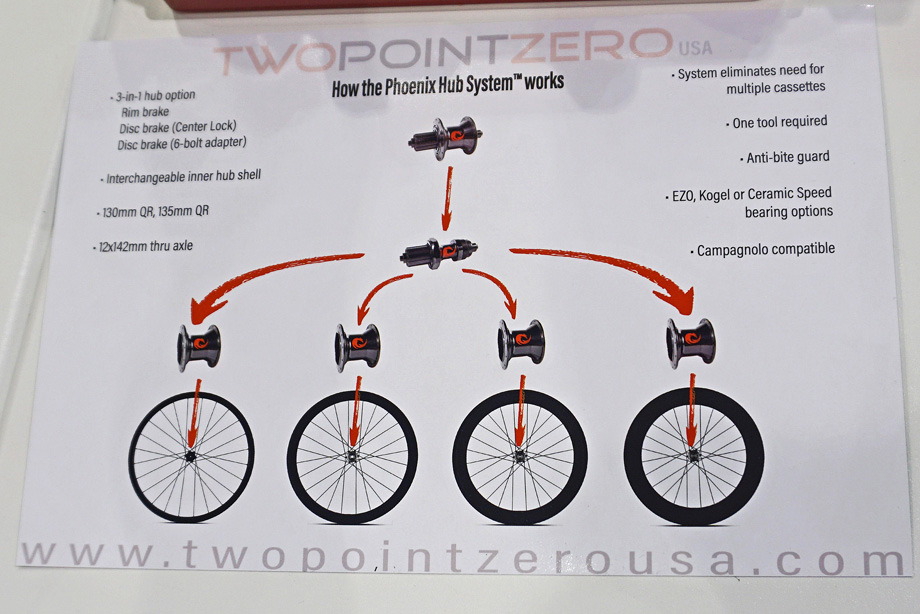 There is a proprietary tool required to swap over the internals, so “quick change” may not be the top selling feature, but you can certainly make a case for a single internal being used to build up several rear wheels at perhaps a bit of savings versus buying several rear hubs. A set of Internals and two shells will cost @$750.

Availability is TBA, but you can stay tuned for more info at: TwoPointZeroUSA.com

Keep it dialed to PEZ for more Interbike 2018 gear –

Off-Season Cycling Training: Mix It Up