Way more than meets the eye! Only when I started sorting the photo-evidence from Interbike did I discover the real depth of the dirt that only Sin City can uncover – Thank god for digital cameras! 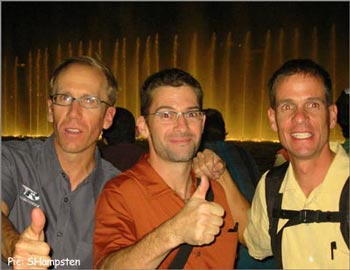 Best Regular Guy – Andy Hampsten
What do you say to a Giro winner, and one the best American cyclists ever? How about a simple “wha’sup”… Andy is truly laid back, relaxed, and a genuine regular guy! Don’t be fooled, there’s nothing “regular” about the bikes he and brother Steve are producing, as Chris from Reynolds Wheels, myself, and you-know-who attest to in front of the Bellagio fountain. 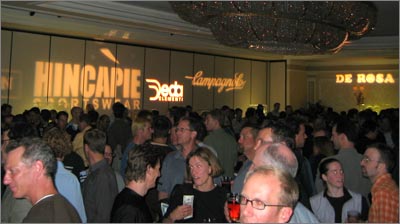 Best Party! – Sinclair Imports
After two days of hig-intensity schmoozing, you really do need a place to reconnect with all your new contacts and frinds – this time with a cocktail in your hand. 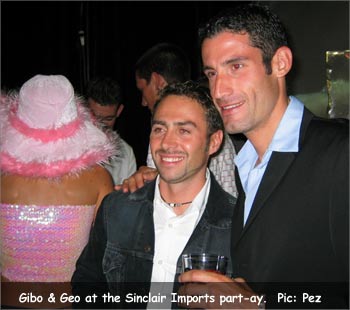 The folks at Sinclair Imports hosted a huge bash in the Monte carlo, and pretty much everyone who was anyone was there – like these guys. (Don’t know if they actually speak the same language, but between ‘em they know some English, Italian, and Spanish). Check this out: 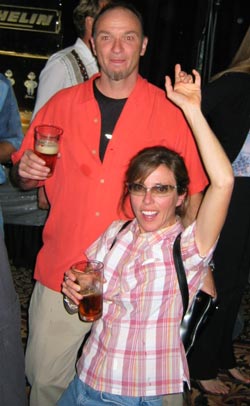 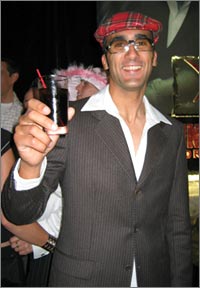 This is what happens when you transplant an Italian with a sense of humour and design to America. Rob’s day-job is designer for Hincapie Sports. 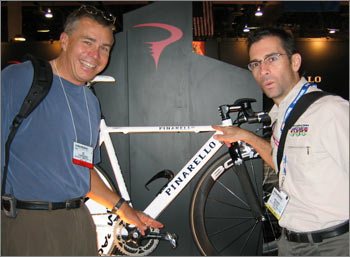 Best Stalking By A PEZ Fan
Look- it’s super-fan Ed K, (we last saw Ed “hauling his carcass” over the Tourmalet at the Tour), surfacing in Vegas because he just can’t get enough o’ that 2-wheeled stuff. The new Pinarellos feel very nice indeed. 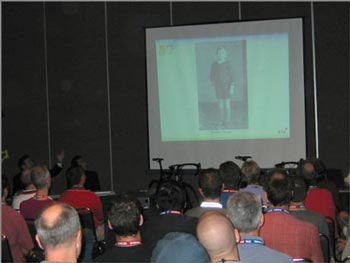 Best History Lesson – Ernesto Colnago
Ernesto Colnago made a presentation to launch the 50th Anniversary C-50. The room was s-r-o, as we listened to Ernesto describe his fascinating life as a racer, a builder, and then as the leader of one of the most famous brands we know.

Best New Logo Placement – Hincapie Sports
Inside the new line of Hincapie Sports technical shorts is a rubber gripper to hold the legs in place. Also makes a handy place for some extra branding! 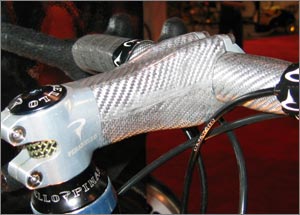 Best New Black – Pinarello
Leave it to the Italians to take what’s great and make it cool. This silver carbon stem showed up on the new Pinarello Dogma.

That’s it for now, but we’ll be back with more Best of Show next week…