The last thing we can manage before Interbike 2006 is another quickie preview. All this stuff will be shot to the high heavens in every publication in cycling over the next week or so, so here’s the last of our First Looks at next year’s gear.

Earlier this year I had the chance to road (rash) test the 06 version of Lazer’s Genesis. Seems the US Postal service no longer favors Cycling, so one of their drivers took a wide turn and we went head to windshield. Thanks to the Genesis my head is no more screwed up than it was before the accident! (and another thanks to Uber Distributors QBP for a quick replacement).
Hit booth 957 and ask the Lazer rep about their great Moto Lids too! 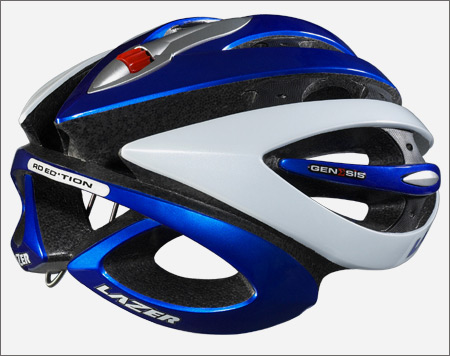 Here’s a nice second part of that story…

What’s a good wheel to hit a mail truck head on at 20-25 mph with? None of course, but second choice would be Topolino’s. The guy in the mail truck got out and screamed at me to look where I was going. Then, when asked “what side of the street should this wreck be on to be my fault” he looked and said “is your bike OK?”… Then we both looked and were amazed that the front wheel was fine (I also abused these wheels for a test…). It pinch flatted, but was otherwise fine! Topolino have a new version this year and the changes start (but don’t end) at the Hub… Wheels this light have no business being this tough. Check em at booth 4815 (and DO NOT try and test durability like I did) 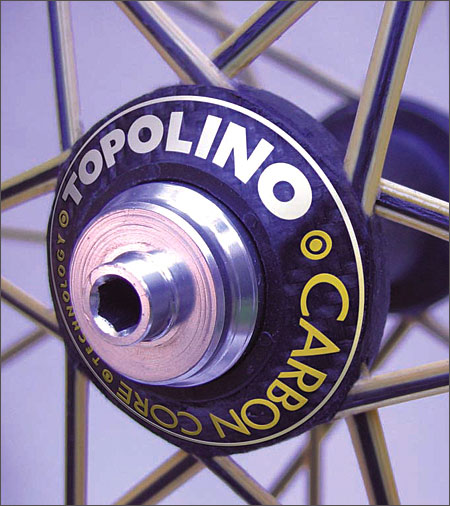 Looking for a bike to wreak havoc on? Know a guy who wreaks more (head butting, hard sprinting, pop up from firkin nowhere to kick your ass…) havoc than Robbie McEwen? No you don’t. And no, you can’t do what Robbie can, but you should be able to have folks simply move out of your way for fear of being clubbed with the axe he must keep in his sock. Just buy the Green Jersey Edition Noah from Sinclair Imports and Ridley Bicycles. I have owned 3 Green jersey Limited editions and have my eye on this one as well. Ridley will have these, as well as a World Cross Champions Edition on offer and on Display at their spread. 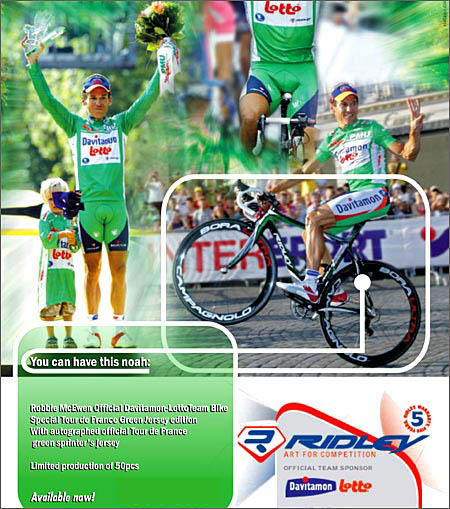 And if the bikes are not Hot enough for you, check out Sinclair Imports Interbike Hostess Selection (Mature) 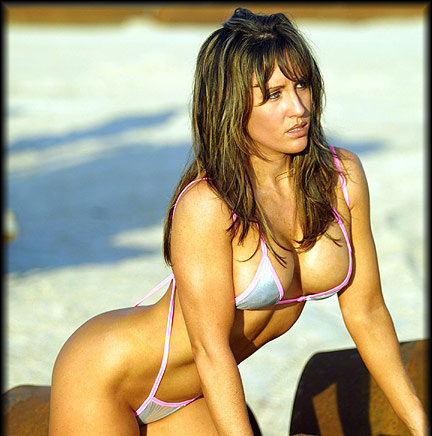 Her name is Fern. (and I just became a vegetarian…)

Fully understanding that some may not want to click past that last line, we had to fight Sexy with Sexy… Independent Fabrications, one the Fearsome Foursome of Boston Badass Bike builders sent us a picture of a Crown Jewel Track that begs to be hung on a wall as art almost as much as it begs to be throttled in Japan’s Keirin series (or simply geared correctly to confuse and anger your 20 speed mates with a single speed ass whoopin). Booth 4145 (and bring something to wipe your slobber) 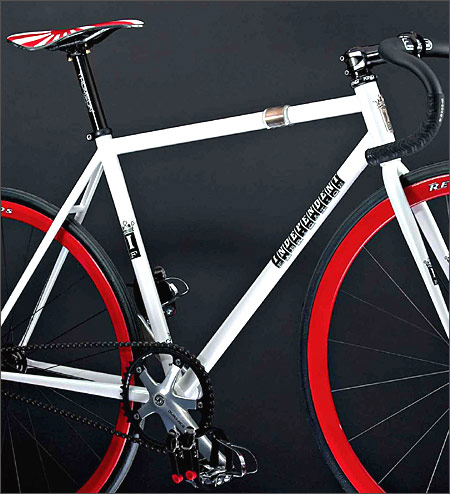 Something rising up everyone’s list this time of year will be getting out of the weather. One of the standards in training gear Elite are here to help. They finally bring their super simple, super stable, super functional WIRELESS trainers to the USA. I love the though of a more simple power measuring trainer that doesn’t require 20 minutes to set up! Presto… 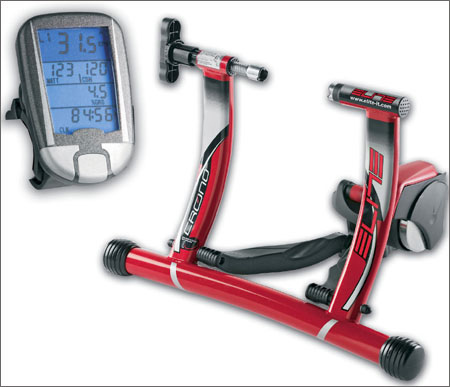 Along side of Elite will be the Sultans of Saddle, Selle Italia…

Once you’re all trained this winter, you’ll want a new frame for Spring! There will be a few Bicycles at Interbike, and not many companies will offer a complete bike that comes to you built up under the UCI limit like Scott’s insane ADDICT. I’m not upset that it costs $2,248,441 (Slovenian Tolars), I’m pissed I have to wait till January! 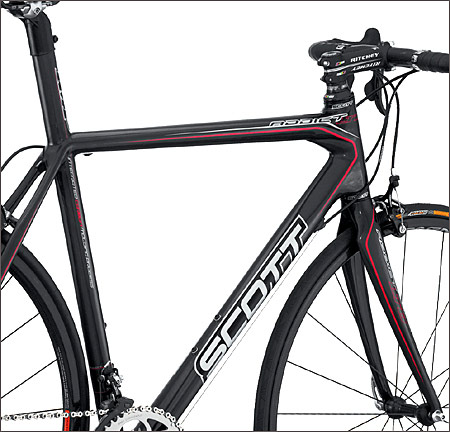 Something that might come in handy for the press on day one of three days on foot would be to stop by Veltec Sports to see if they can snake a set of ALINE insoles. New to the market through the same folks that bring you Sidi Shoes, this is another great advancement for a far too long ignored sector. You can’t miss Veltec’s signs, so hit em up! 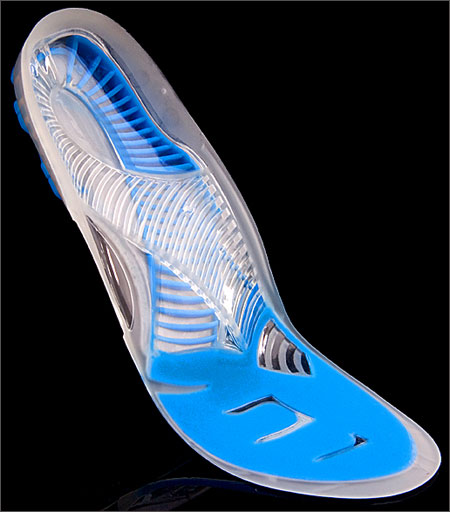 A brand we love will move to a more “house” distribution this year as Look Cycles USA start their stand alone distribution of an outstanding brand. Pez had the first test ride (well, we and some guy named Thor…) of the 595 taking a bike at the Tour. Look Cycles will have these and others on display as well as their forks, pedals etc…
Booth 4425 will be a popular one. 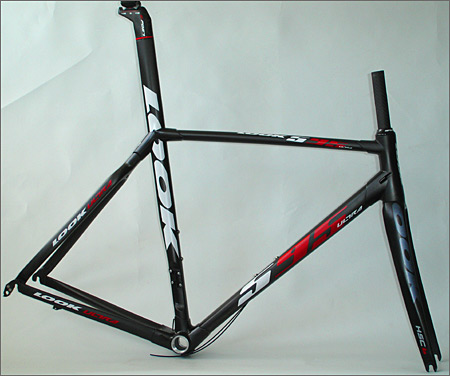 Something else to help you roll into winter will be the new skins from Hincapie Sports. They’ve got you covered with a little Kevlar this year, as well as a slew of other features to keep you protected and if there’s a guy that knows about winter / spring slop riding, it’s gotta be George and company… I would imagine there might be a few stars and stripes things for 07’ as well? 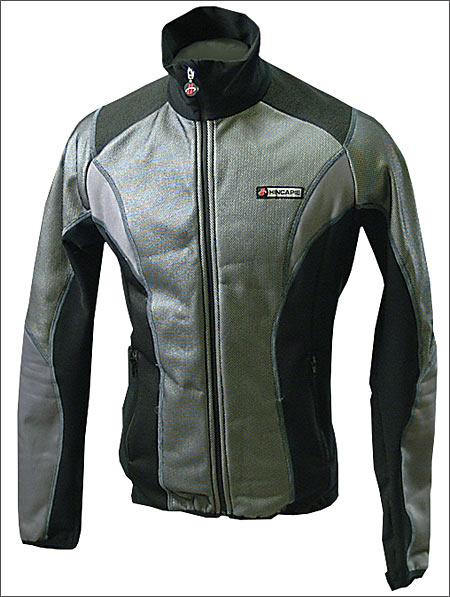 No small changes this year at Giant Bicycles. Word has it that an already good bike gets an upgrade in overall stiffness and keeps its feather weight. We say send us one then!
Booth 1437. 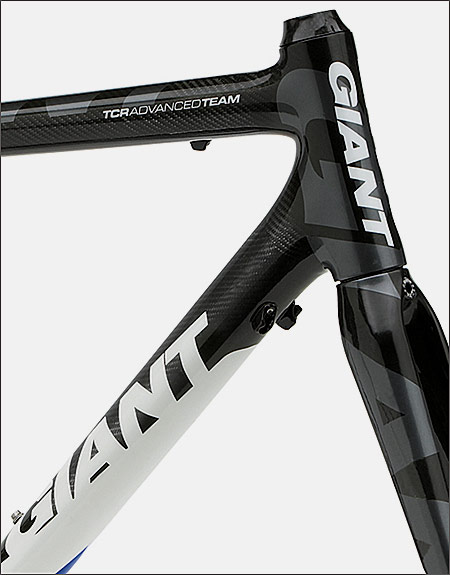 FSA will have you seeing Red this year as they expand their offering of the super silky guts kits that grace not only their own very good kit (like our current RD600 tester set), but are available for you to upgrade several well known brands with Ceramic rollers. Cranks, Bars, Stems, Posts, Wheels… All on display at Full Speed Ahead 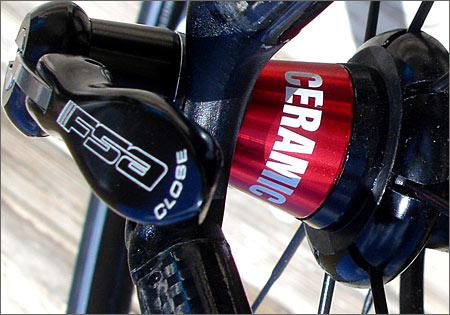 Next up will be with the Tour (placement TBD) and Vuelta Podium lids from the Caisse d’Epargne team. The Spanish Spiuk Nexion, part of the super loaded product line distributed in the USA by DPM Sports that brings everything from head to toe as well as bicycles will have a slew of gear on display. Booth 1853 should be rolling in good stuff from a brand combo that is one of the largest in Europe. 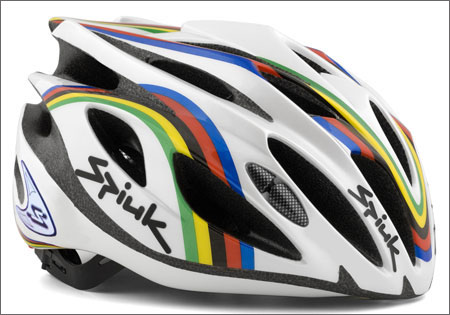 Training your head to win is as important as training your body, and after the initial success of their Ultimate Cyclist cd, creators Josh Horowitz (he’s also a PEZ ToolBox contributor) and Rick Collingwood, PhD. Have added four new titles to make at-home sport psychology training available to a wider array of athletes. The Ultimate Athlete, The Ultimate Triathlete, Ultimate Fitness, and Ultimate Sports Recovery are now available at www.UltimateSportsPsychology.com …could be the best $35 you’ll spend. 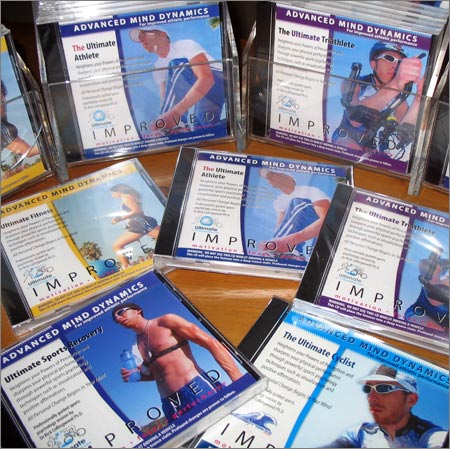 There you have it, and you can see both how busy and how completely distracted some of us will be walking through Vegas this year.

The Pezerazzi will follow up with a shot by shot, booth by booth recap of (almost) everything that goes on… Of course, some of the stuff shown will never make it to market, so at least part of what happens in Vegas will stay in Vegas, but we’ll try and bring you as much as we can without getting ourselves in trouble. Then, of course, we’ll follow up with actually riding as much of it as we can, rather than letting a few pictures and marketing BS be all that you have to go by. Some of the stuff on display will be coming home with us rather than disappearing for a few months, so stay tuned!