Interbike runs at roughly the same time every year. For me, that sits right at the end of another scorching summer in Arizona and this year is no exception.

With ride temps that can start in the high 80’s (frequently 90’s) and ending in the 100’s for roughly 5 months, SUGOI have Kick Ass products with their Icefil tech… 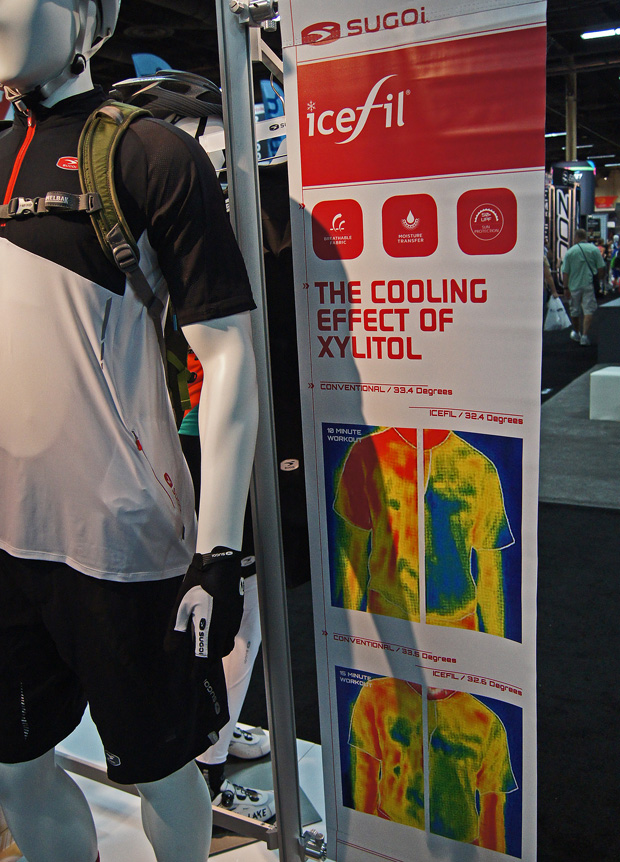 There are a few products with this tech included and they simply work. Pull on the summer arm coolers and squirt a teeny amount of water on them (roughly the same as you would perspire), wave your arm around and it’s notably colder.

This works with the same ingredient (Xylitol) that you’ll find in chewing gum and a few other products that give you a notable cooling sensation. A few fibers just sitting in a water glass will stand a couple of degrees cooler than ambient. 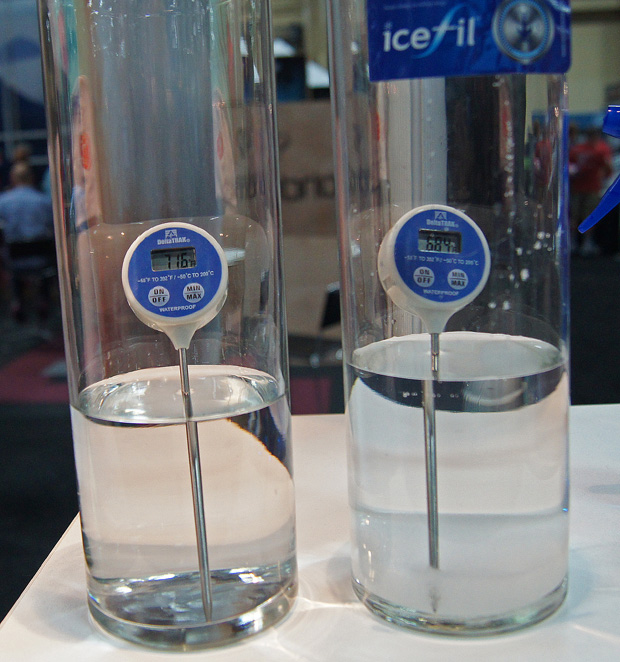 Add airflow through it and the feeling is several degrees cooler than room air. The materials are also extremely soft and flexible. The jersey material (RS Ice Jersey) on display was a women’s jersey and it was sheer enough that you could see calluses on my hands (but was not see through). 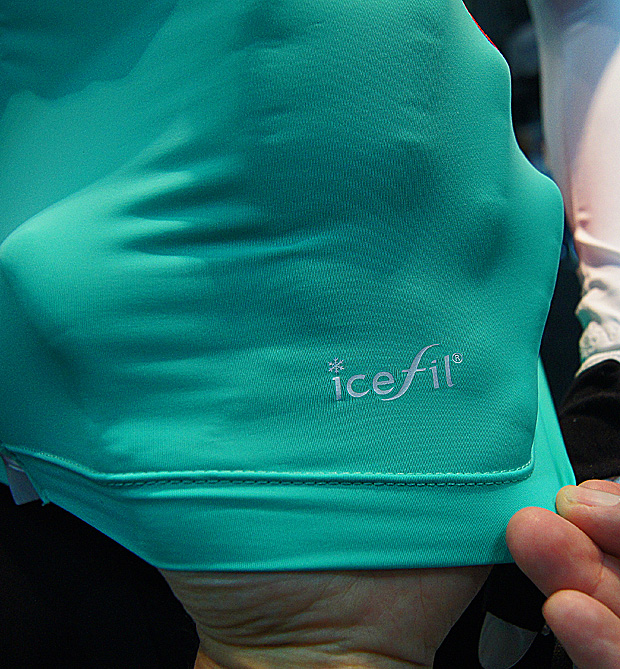 Sugoi also scored well with several ladies walking by the display as their PR man demonstrated the new Ladies’ detachable suspender bib shorts (as well as demonstrating a kinda spooky ninja-like ability to reach inside a shirt without disturbing the jersey material). 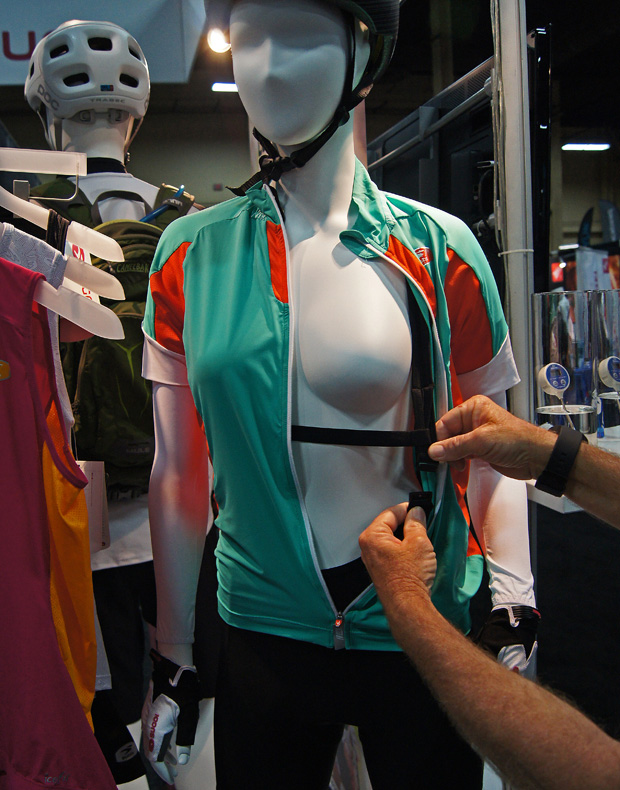 As we’re getting into winter now, Sugoi are adding reflective surface detail to an already handy Jacket line. The colors are pretty standard and in regular daylight, they look fairly pedestrian, but hit em with headlights and the entire surface goes “POP”.

The Zap Jacket having a full surface coverage in reflective materials is greatly preferable to a lot of designs that stick with less visible reflective accents. I know that accents seem more visually pleasing to some people and when placed correctly they are very effective. But as I commute in pitch dark winter mornings at 5-6 am, I don’t give a flying rat’s ass how good I look while being run over by a half awake motorist… This full coverage wins for me. 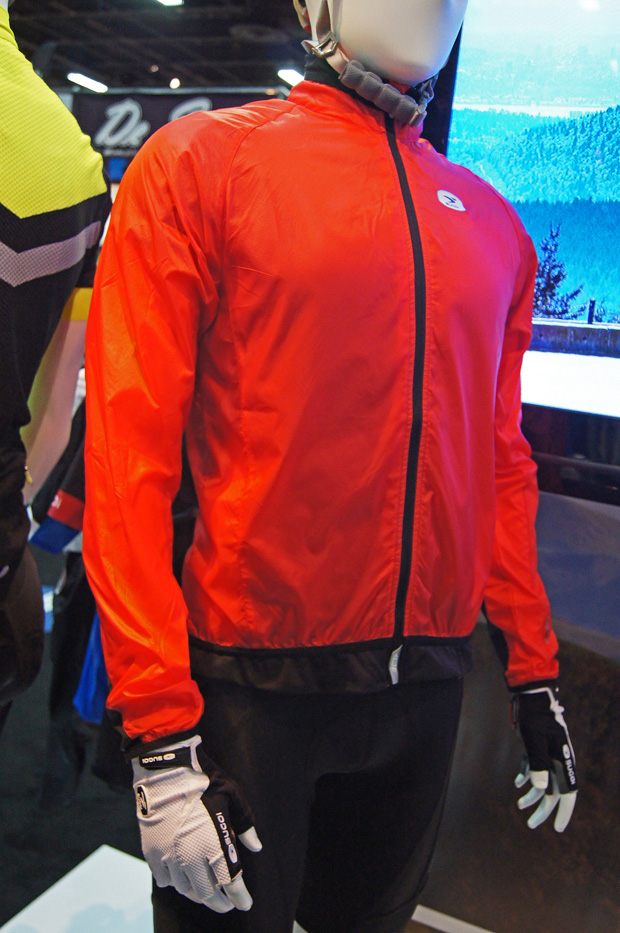 Sensibly named the Lightweight RS Jacket, this 120 gram shell has a performance snug fit and cuts wind and water while keeping up breathability but my fave feature is that it doubles as a saddle bag, meaning it’s an ace bail-out for getting caught under-dressed. 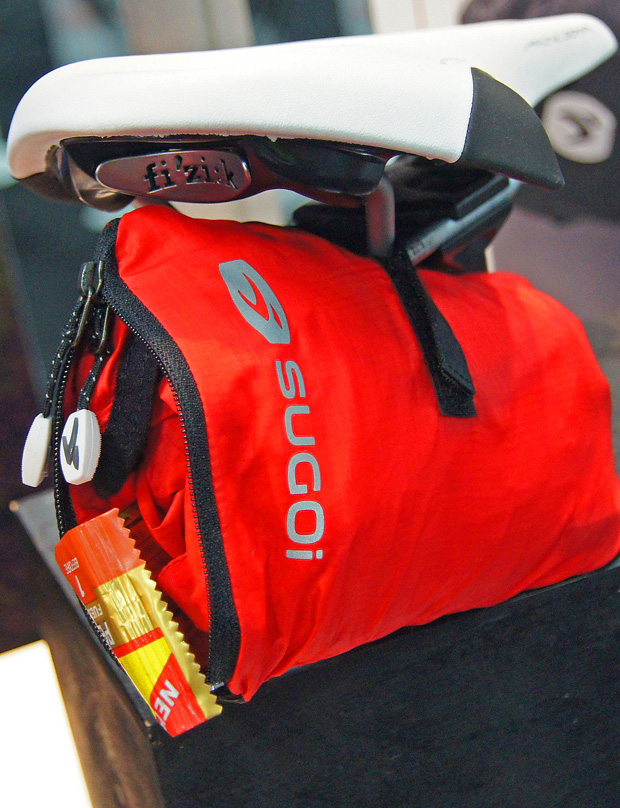 In the case you’re going for “over-dressed”, Sugoi have upped their graphics game in general terms, producing some exceptionally detailed graphics as an example of their Live Art custom order program. 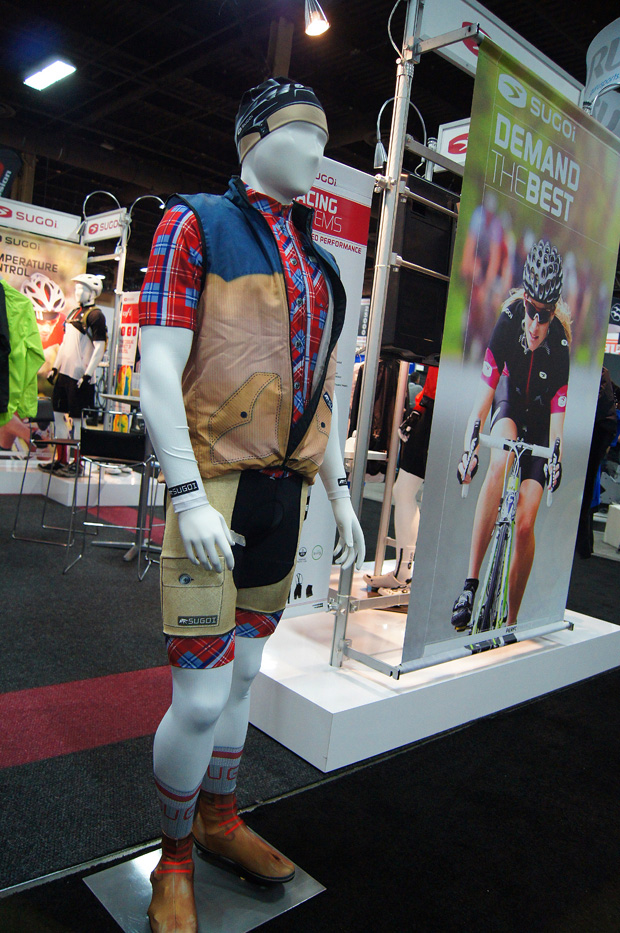 It doesn’t actually mean you’ll be over-dressed but given the high detail, you certainly have a long way to go before your design exceeds their capability at this point. 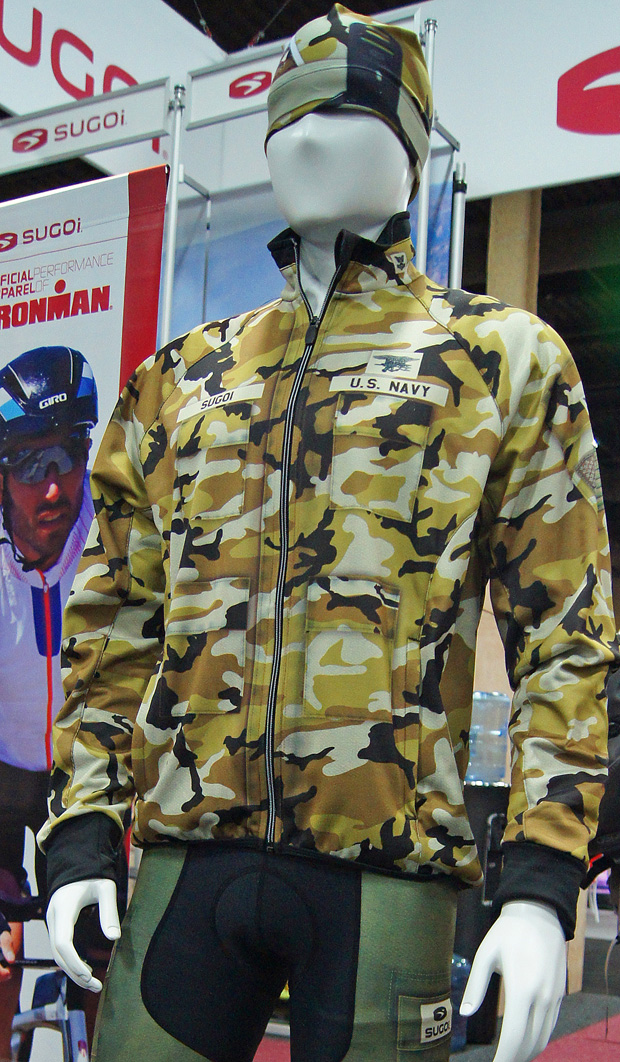 All of this kit is ready now and at price points that don’t really seem high enough for the tech you’re getting… More at SUGOI.com.

ROLF PRIMA have updated and expanded their line to improve the current crop and add a few products that will allow more people to afford their Oregon-built hoops. 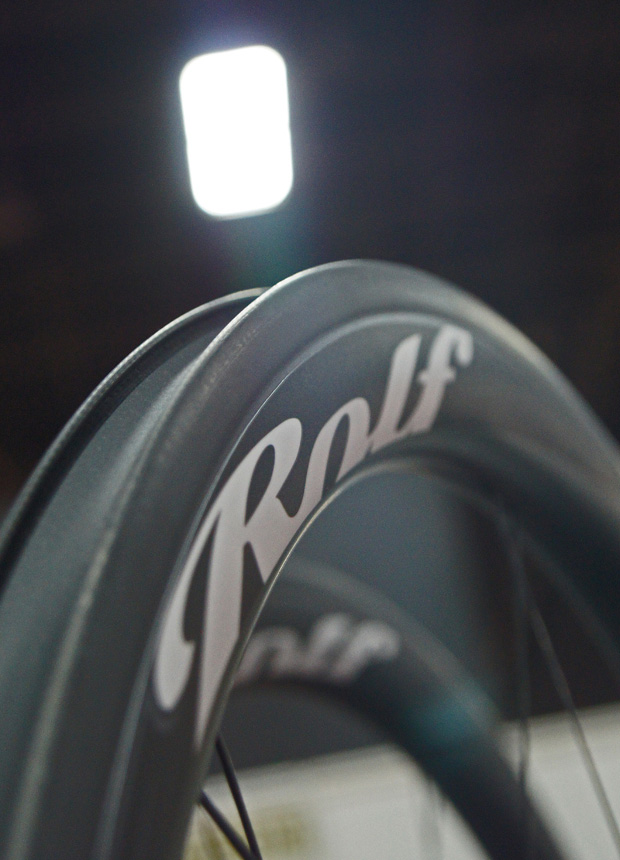 The latest Version of the Ares4 (shown above) and Ares6 feature the Delta Rim tech (shape, width and layup) but Rolf are expanding these slick rims and their paired spoke pattern to include the current 4 and 6 and a new “ES” version. 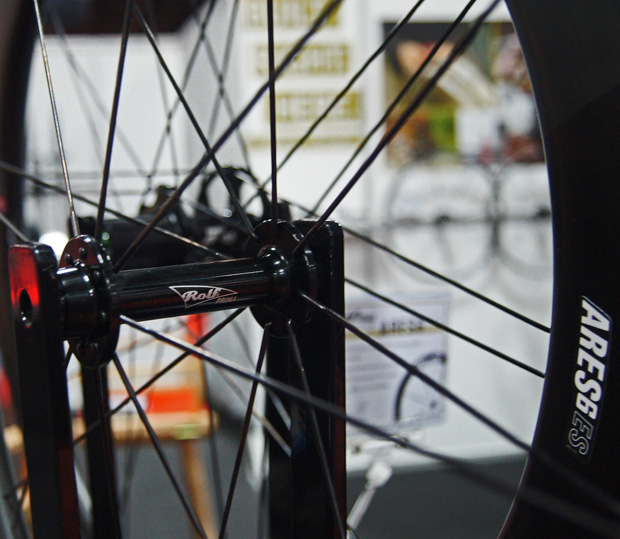 The ES versions will use Rolf’s TdF3.0 hubs (versus the top line TdF5.5 with Ceramic bearings and Ti free hub body) and the ES will also have a few more spokes (18/20 vs. 16/16 for the top-line Ares), but the rim weight will be the same and so the rotating weight at the outside won’t change much (and total weight is less than 100 grams difference). That makes the $1849 price point pretty dang attractive for the ES. 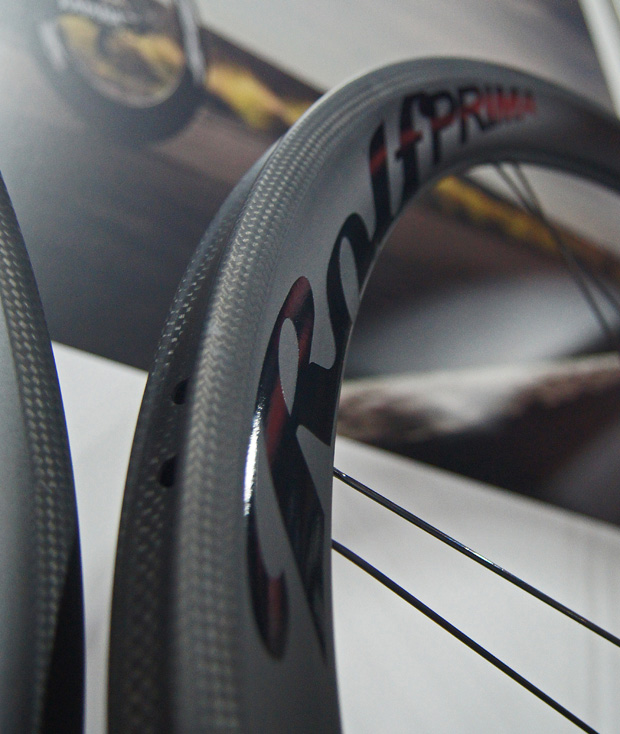 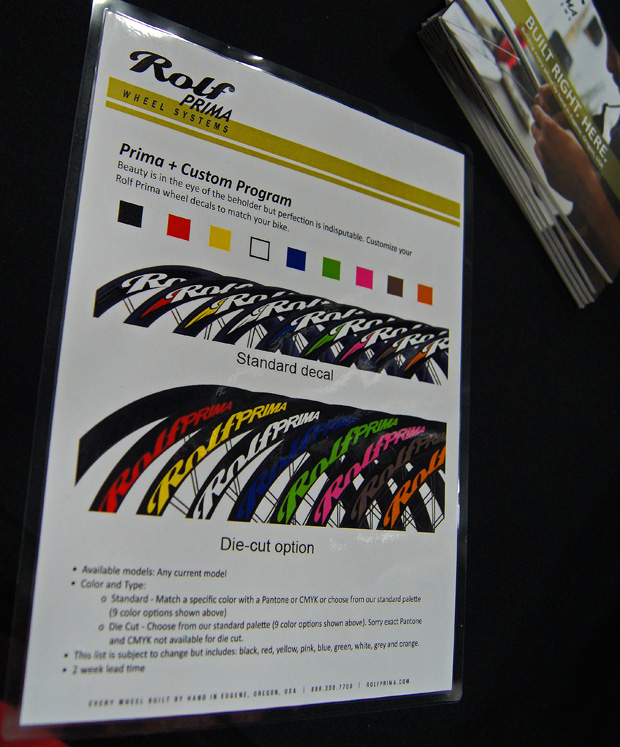 This is a Colorado made decal option that will cost $50-70 and should be able to land at your retailer within @ 2 weeks from ordering.

Looking at the wheel range, Rolf also wanted to add an entry level price point and they’ve certainly done that with the new Aspin sets. 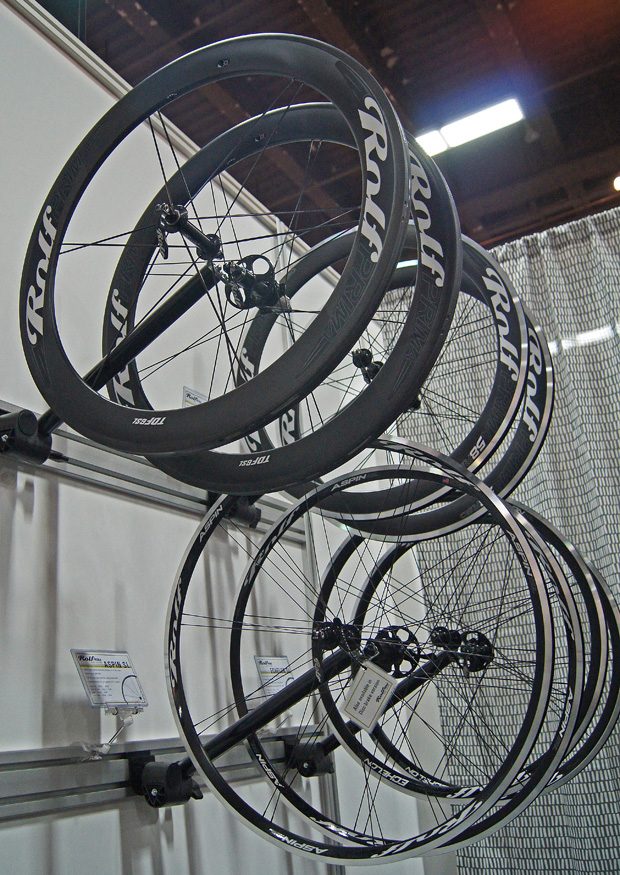 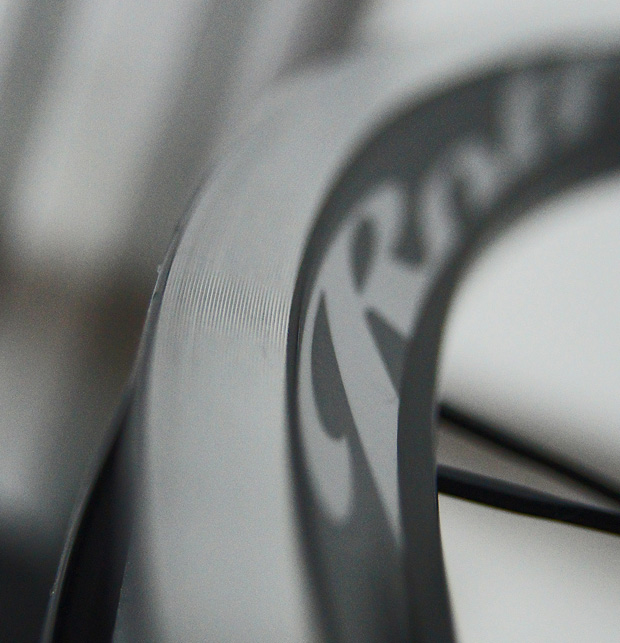 All of these products are shipping now and you can catch all the details at ROLFPRIMA.com

Bike fitting has become a huge thing in the last couple of years and for good reason. Poor fit can make even the best bike horrible. While a huge number of bike parts manufacturers have started to look at more options, only shoe guys have addressed fit on the kit side until now. 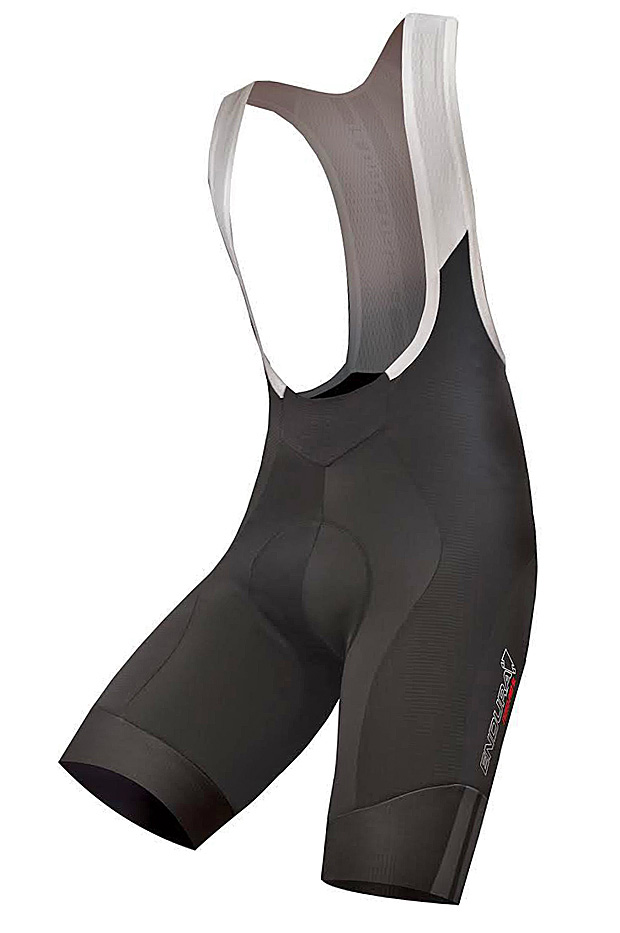 We all rightly obsess over our saddle choice and in the past few years saddle width has been thankfully and necessarily addressed by virtually all manufacturers.

Another frequent complaint is “pad bulk” and sometimes folks complain about too thick a pad bunching up or spilling over the sides of the saddle. But after working with pressure mapping guys Gebiomized, Endura have found that very frequently the bunching and bulk that pushes and rubs is actually more about pad size.

With that, Endura have addressed this with a fairly smart new offering. 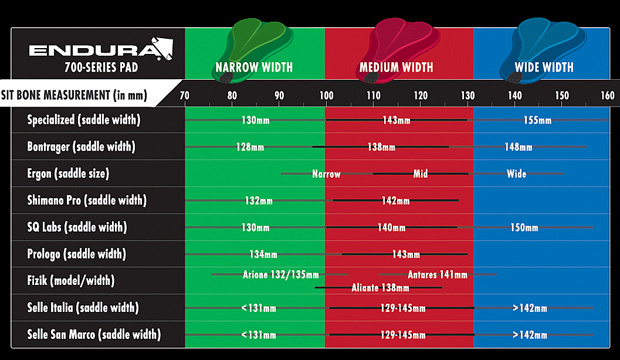 They’re running 3 different pad sizes and a couple of leg lengths in this line of shorts and are catering their retail offering to bike fitters who will best be able to sort the right pad for the right saddle / person combo. 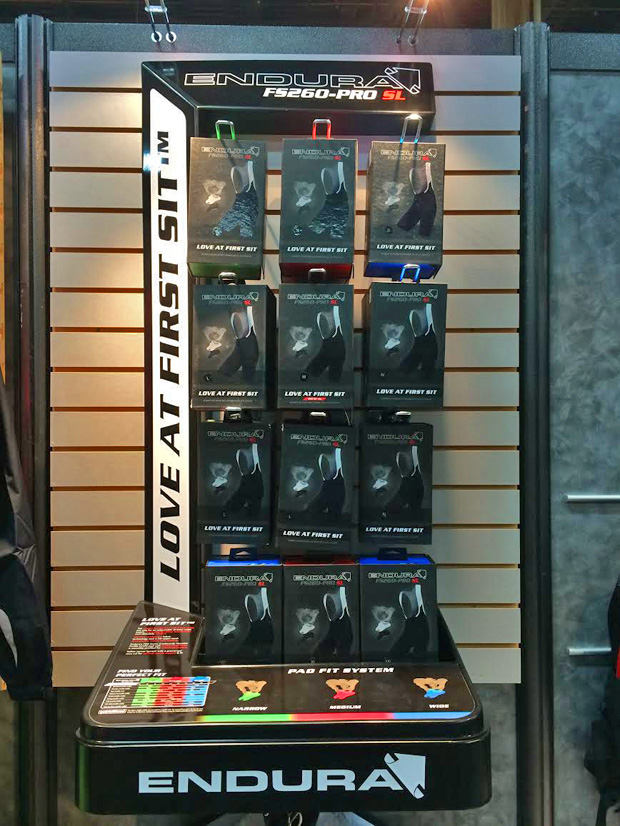 The shorts themselves look VERY well made from end to end with minimalist leg grippers, multi density material panels, laser cut pocket and the pad quality is very good as well.

Moto and Bicycle Head protectors LAZER have added a few things to the line. 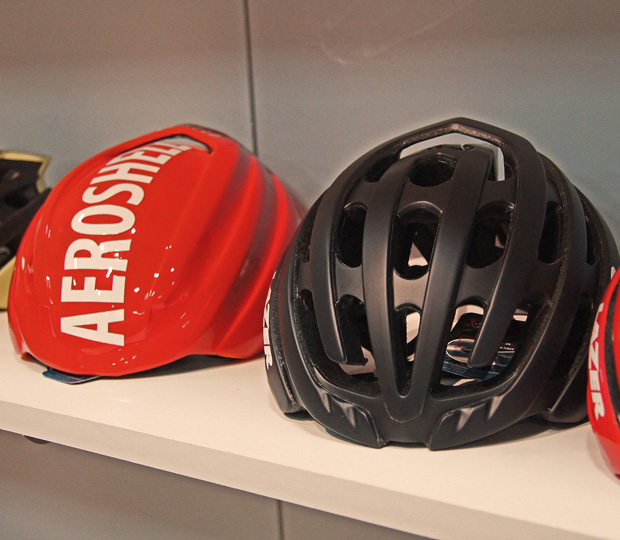 My first stop was to take a look at the Z1, Lazer’s range topping road lid. (US$270SRP Available now)

Interesting in that the new Z1 is FAR AND AWAY the best ventilated road helmet from the brand, but the first thing most folks note is the Aeroshell that pretty much eliminates the wind (and the aero drag that comes with it). 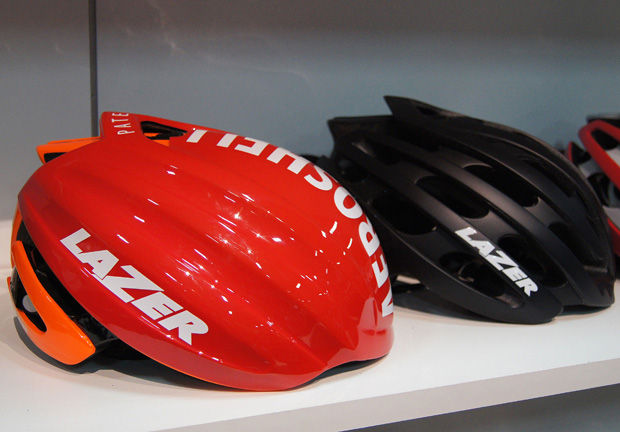 The Aeroshell will be available in October ($20 SRP) and in the case you’re using it like I will for nice winter protection, you can drill a few holes in to allow for just the right amount of winter chill to come through. DO THIS AT YOUR OWN RISK and please take it off the helmet (and don’t wear the helmet while drilling either).

Lazer have the most innovative retention system in the biz with their Rollsys that is the first system designed to hold on to the entire circumference of your head, rather than simply smash your head forward into the hard shell… That system is refined for the new Z1 and still features the easy to use roller adjustment on top… 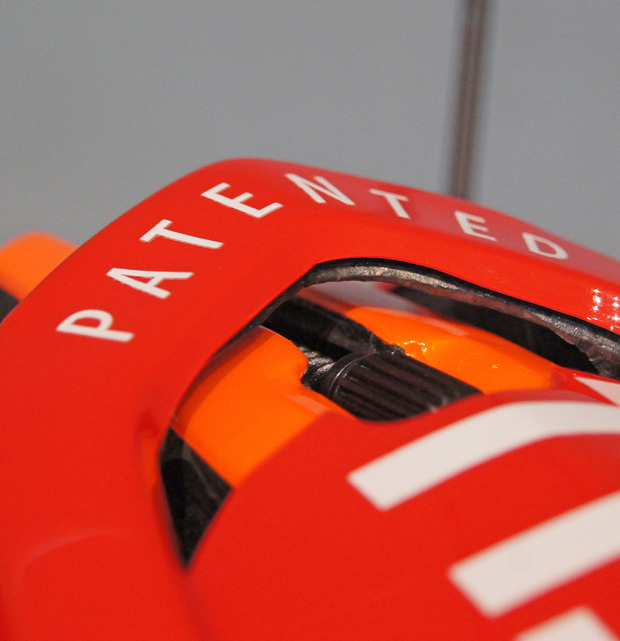 Rollsys combined with ventilation that rivals the best blown lids made today is a strong combination. 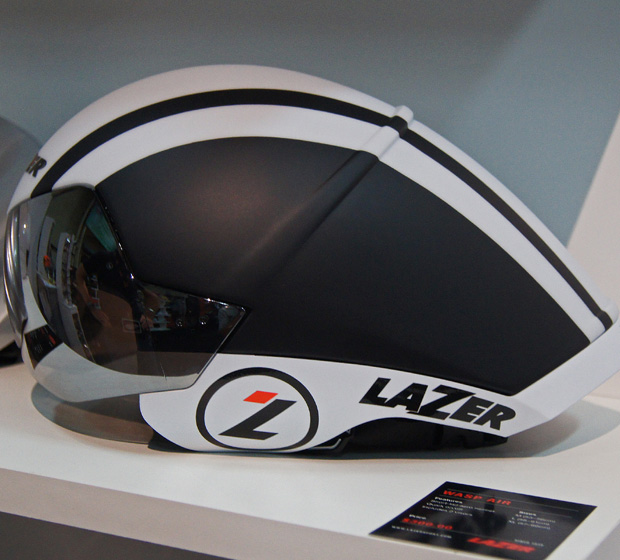 This is a short tail aero helmet that finds an easy resting place on a broader range of body shapes than a lot of longer models. 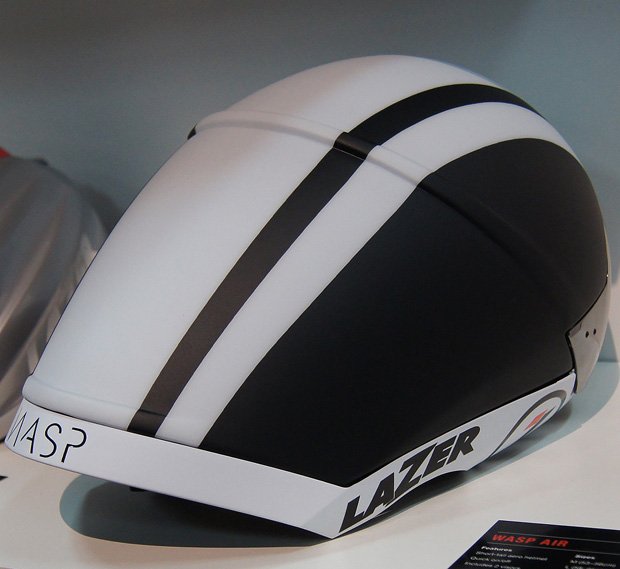 The inside gets end to end air channeling and softer, more flexible cheek-conforming sections… And you may note the little rectangle shaped pocket set into the foam at the middle back. 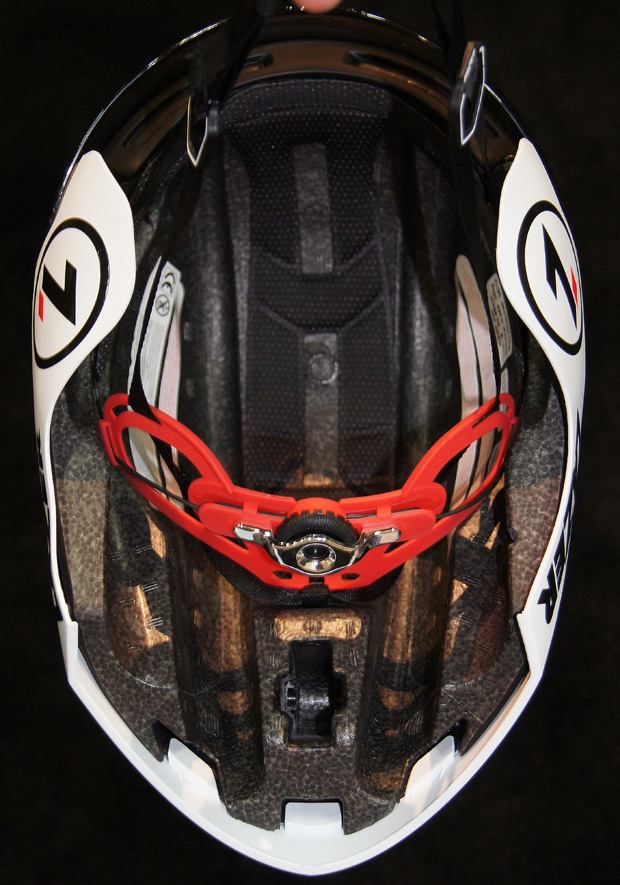 As it turns out, this is set to house an inclination sensor that will have a small gyro that will let the rider know when the head is tilted too far forward (sending the rear of the helmet up into the air, and the aerodynamic drag through the roof…). 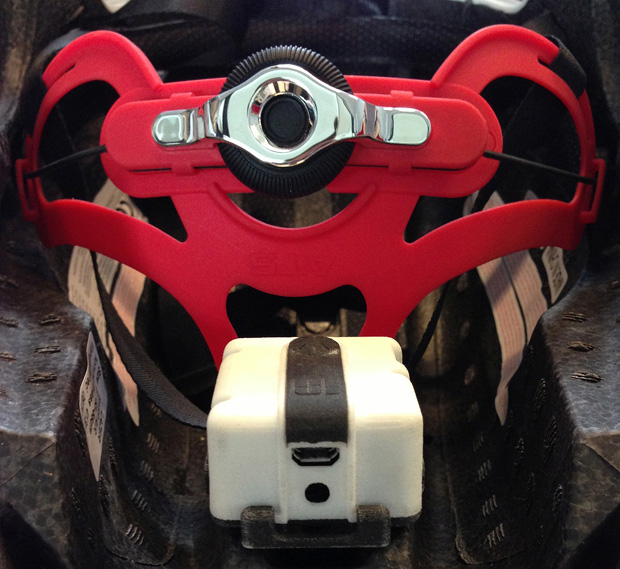 Slick little idea that should be a genuine time shaver.

All of this can be seen at LAZERSPORT.com

FIX IT STICKS have had plenty of buzz as a handy and fairly compact tool and as they added replaceable bits to their line up, I found myself as a customer… 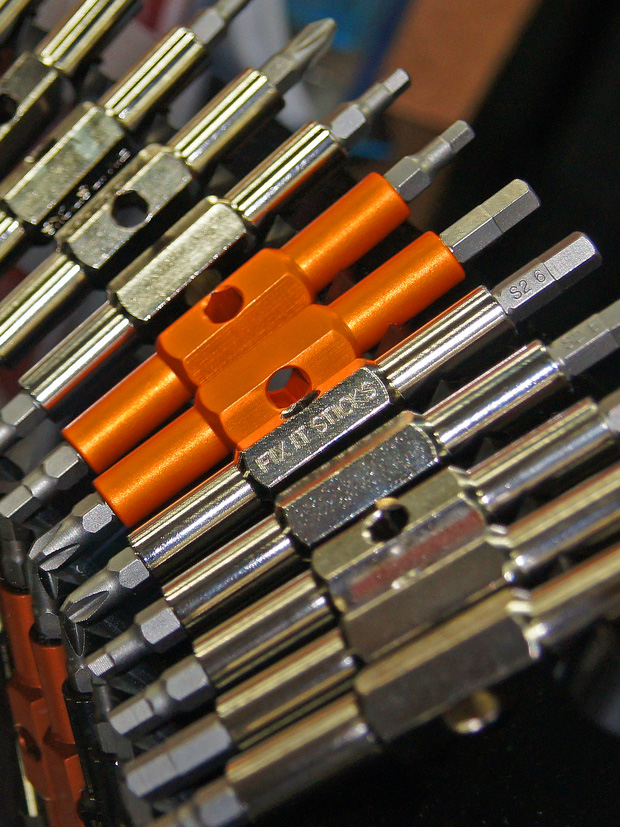 I actually carry them simply wrapped with a rubber band (including the multiple bit tube), but the package and the tool are fairly straight forward to use… 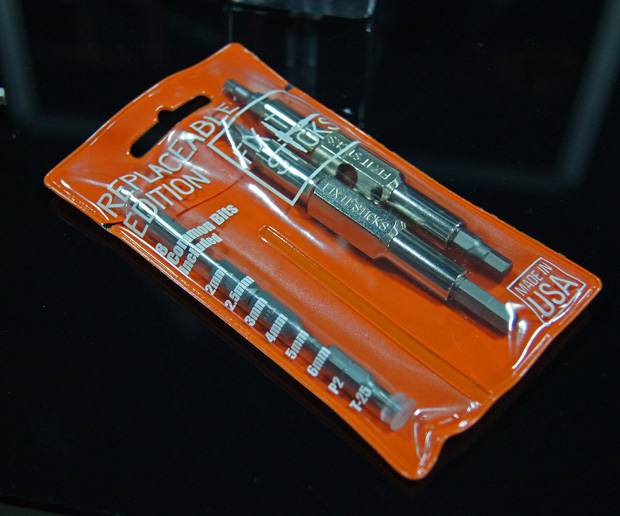 As it turns out, I’ve damn near stopped using my full size run of individual hex wrenches at home now as well because Fix It Stick’s new T-Way tool is fantastic. 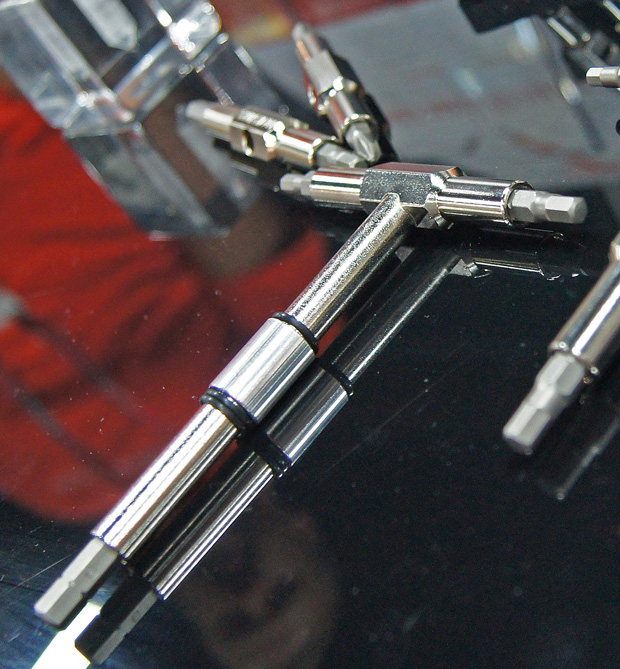 The long section is perfect for hard to reach things like water bottle bolts and the bits swap so easily that using either of the short ends is a snap. I leave it sitting with a 3-4-5 bit inserted in each of the ends and have also basically retired my 3 way wrench because the t-shape is a lot more friendly. This single tool (including a couple of Torx bits) has basically replaced more than a dozen separate wrenches…

These are ready now and you can buy em direct at: FIXITSTICKS.com

Last up are VELOGRIP – a slick racking system that was originally designed for city folks and their cramped loft spaces. 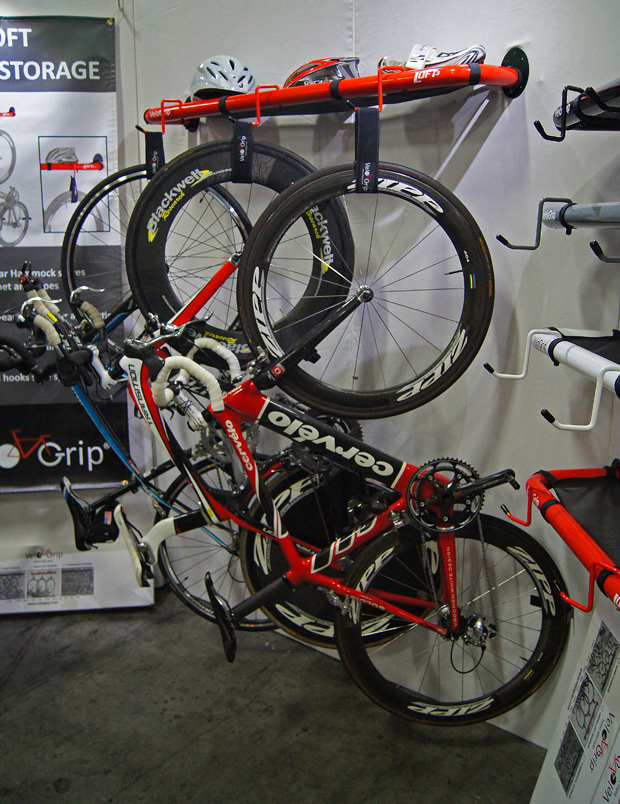 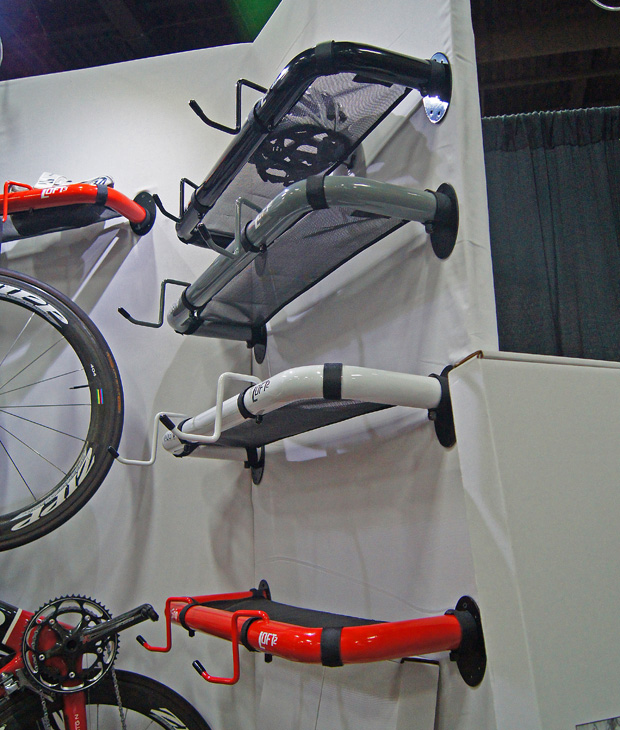 They’ll hold a few bikes parallel and then allow you to pivot the bikes out of the way (tilting them closer to the wall and out of the way). 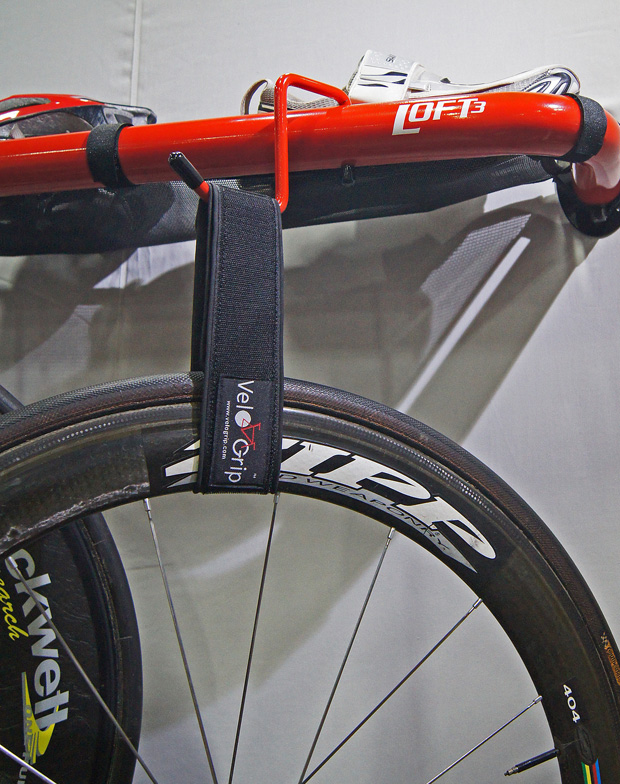 The mounting ends are set to line up with residential construction code beams (which sit 16 inches apart) and loft or not, these are handy for multiple bikes and storing them safely in less space.

There are a lot of storage options, but I’ve not come across many that have this level of quality and solid feel. They’re like industrial furnishing more so than the flimsy crap that most bike storage options are made from. These are American made and ready for sale now.

That’s it for this round… More from Interbike to follow.

Breschel: “Now that I’ve got the shape I want to use it”