Interbike 2003 was the first look we had at these baby’s and at first glance we thought someone was selling either a cigarette lighter for cyclists or a new flip top titanium feminine product holder… Then we realized by reading the sign that it was a pedal. Our first thought was “where’s the rest of it?” as, at interbike, lots of parts are taken apart so that you can see the guts, so we were thinking we had just the axel…

When they said “that’s the whole pedal”, I wanted to see the cleat. I was thinking that, like Speedplay, the majority of the pedal system might be the cleat… Wrong again, as it’s just two parts (two screws not shown). 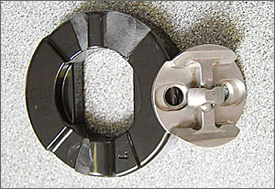 So after picking the whole thing up and not noticing much weight, I pestered the folks at M2Racer to send a set to test. The problem was that I only had road shoes with 3 hole patterns, so we had to wait for a 3 hole adapter to be designed and built (which wound up taking a year).

Forward to last month and, as fate would have it, the same week they call to say “we got a 3 hole adapter!”, Nailini’s super slick and multi-cleat-ready Air 900.701’s showed up and made the whole thing moot. So we slapped on the cleats (in all of about 90 seconds) and off we went. (note the cleat on the right is Crank Brothers and just there for pictures…) 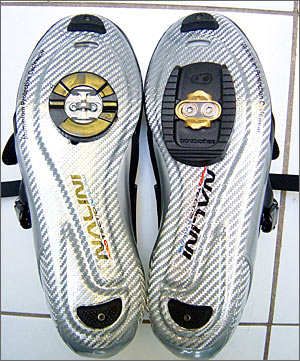 The pedals themselves (both spindle and mech) are made from the less common (and more expensive) 6-4 Titanium. The cleat is stainless with an engineered plastic surround. The pedals, cleats and screws came in at 160 grams on the Pez scale. Not bad considering the Speedplay Zero Ti come in at 164 grams for just the lollypop pedals alone, with no cleats or screws. While both companies state slightly different numbers, pretty much all bike parts weigh in different than stated, and these weights are very close (so acceptable variance…). 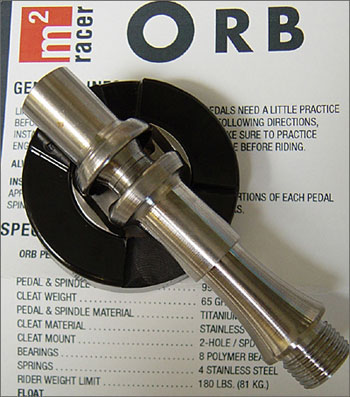 How do they work?

The pedals clasp the cleats via two spring loaded halves that separate when you step / clip in. They un-clip with a twist of the foot, expanding the halves… 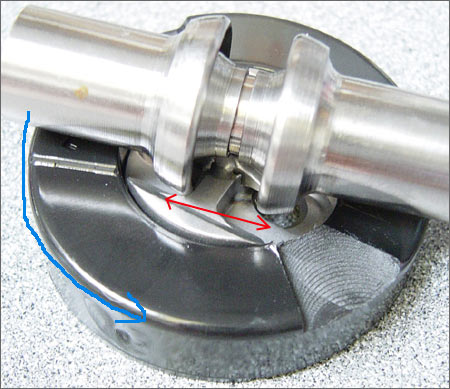 Getting in is very easy once you have mastered where the cleat is mounted on your foot. The learning curve was pretty short though and once you have the feel for where to step down, clicking in takes almost no effort. It’s so easy in fact and happens with so little noise that you may not feel like you’re in very solid at first. There is no loud “clack” (just a very faint click, if anything at all) and almost no feeling when the pedal grabs the cleat. It’s only when you start pulling up and testing to see that you’re in that you’ll feel comfortable the first few times.

Once in, the feel is stable. The pedal sits in a slight trench when you’re applying down force. 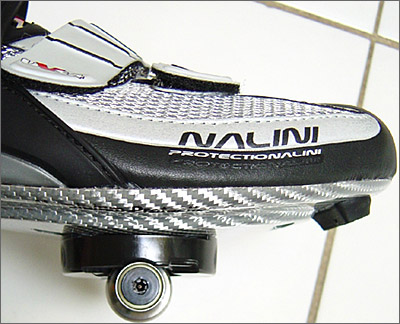 The trench it sits in is a part of the plastic ring around the cleat, and the contact area between the pedal spindle (which is basically the entire pedal) and the cleat surround is substantial and firm.

One thing in the literature that I wouldn’t agree with is that there is “free” float. Actually they say that there are 5 degrees of free float and 15 degrees of self centering float. But the float I feel with these pedals is really only on the upstroke. Once you come over the top and start to apply pressure on the down side, the spindle wants to fall directly and solidly into the trench in the plastic cleat surround… 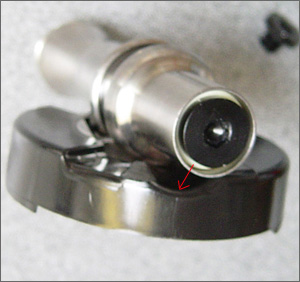 Free float to me is like that of Look’s Keo, or Speedplay pedals, meaning your foot finds the right spot through the entire pedal stroke and not just on the upswing. For folks who like zero float, these might be a nice change from other Zero Float pedals. They do let your heel move freely on the upstroke, but still give that super planted, zero float feel on the down stroke.

Because the spring loaded mechanisms design allows two parts on the pedal to separate and then squeeze back together to hold the cleat, they also allow for a bit of side to side movement. M2 call this “automatic Q factor compensation”.

I was initially thinking that this side to side movement (+/- 3mm) would make for a loose or unstable feeling, but it wasn’t really noticeable at all until out of the saddle hammering and even then, it wasn’t too pronounced. Q factor is pretty important though, and if you have any stability or alignment issues. You may want to stay with a pedal that allows you to stay at an established Q factor that you know is correct. Your smoothness in pedaling might also be different than Mine, so these may feel less stable if you have a more “jerky” pedaling style than I do (doubtful…).

One thing I did like was the funky “where’s your pedal” look once mounted on the bike. There’s just so dang little to the Orb’s that they look like you just wrecked and the pedal must still be stuck to your shoe 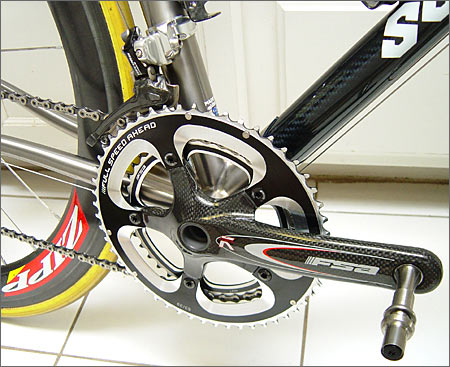 The next best part is that these things weigh squat. The “all in” weight for the set destroys anything else we’ve tested.

The entry is easy once you’re used to it, even though there is a bit of a lack of feedback about how “in” you really are. When you are “in”, “out” is 22 degrees of heel twist away. Pedal exit is pretty average effort. Not much needs saying there for most pedals really…

The Plastic part that forms the ring around the cleat is fairly durable and not too bad to walk in. The ORB’s are not main stream enough yet to have a cleat cover on offer and that would be a nice addition.

If I could change one thing about these pedals, I would not allow the “automatic Q factor compensation” to move laterally (to the outside). That would still allow for some movement and still allow the clamp to open and close, but would remove most of the opportunity for problems caused by letting your foot move wide as you applied power. But perhaps a better fix would be to try and eliminate the variable Q factor in exchange for a cleat that had a stable side to side adjustment as is the case with most standard cleats.

All in all the new ORB’s a very cool product. Extremely good finishing and machining quality, and top flight raw materials go in, and that speaks volumes about the folks making them. I have heard nothing but good things about the folks at M2 Racer, and they have a few other trick parts that look like they were designed by smarter folks that most.

Give em a look at M2Racer.com and check out the wrap and roll! It’s a sure fire hit for mounting the MP3 player for those long winter gig’s… (Note that Pez suggests not using earphones on the open road…)

Note: if you have other experiences with gear, or something to add, drop us a line. We don’t claim to know everything (we just imply it at times). Give us a pat on the back if you like the reviews or a slap in the head if you feel the need!