In our third and final article from inside the NAHBS we’ve lined up some very special machines; From the strikingly different Razik Vortex to a modern take on steel with Capitol’s Performance C-1RR, a Japanese Maesawa masterpiece and an Italian disc equipped beauty from Palladio. 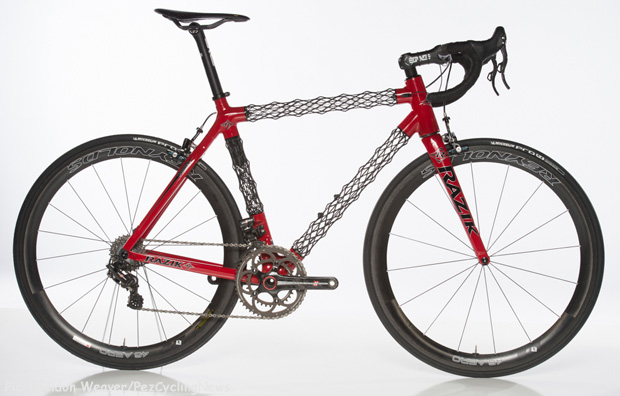 The Razik bicycle might remind some of the Delta 7 frames that appeared at NAHBS a few years back. Both use the IsoTruss technology, but Razik, located in Springville, Utah, now owns all the patents and say they have improved on the original designs of the IsoTruss and are focused on making bikes that ride and work great. 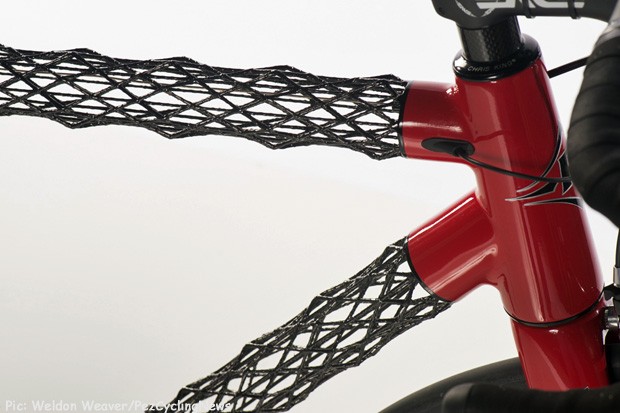 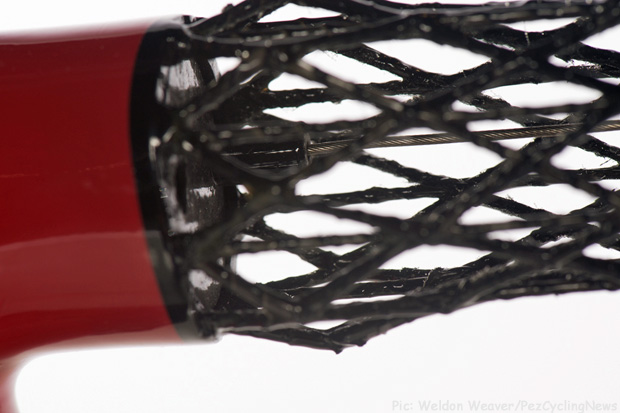 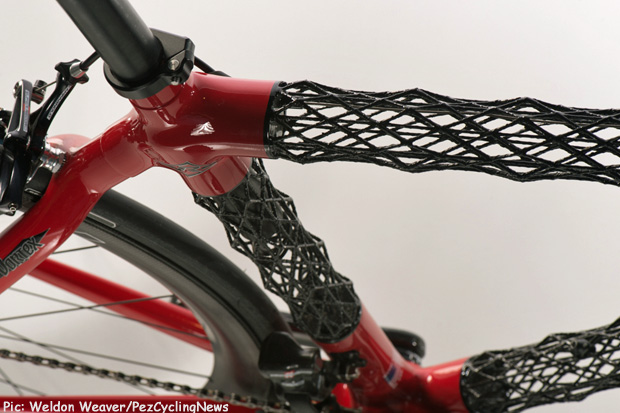 Fitted with a Campagnolo Super Record EPS drivetrain and brakes, with Reynolds 45 Aero wheels, the bike is a top-flight machine that’s ready to go very fast. Apart from offering great strength and light weight, the IsoTruss frame is said to dampen vibration and so makes a very comfortable ride. 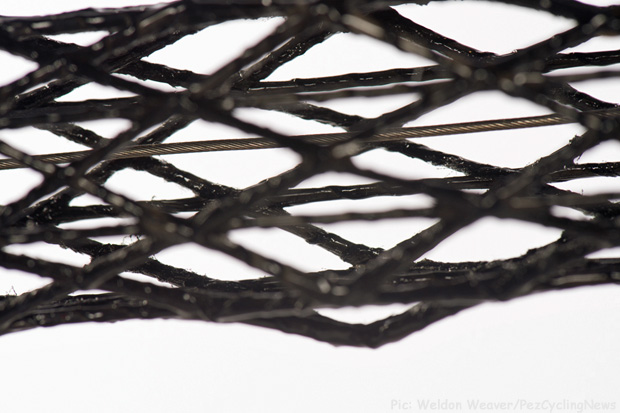 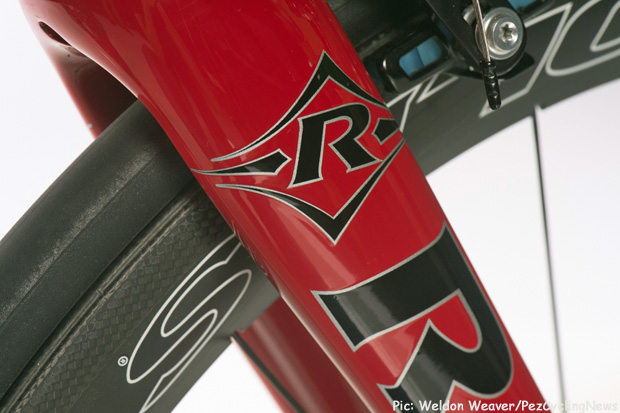 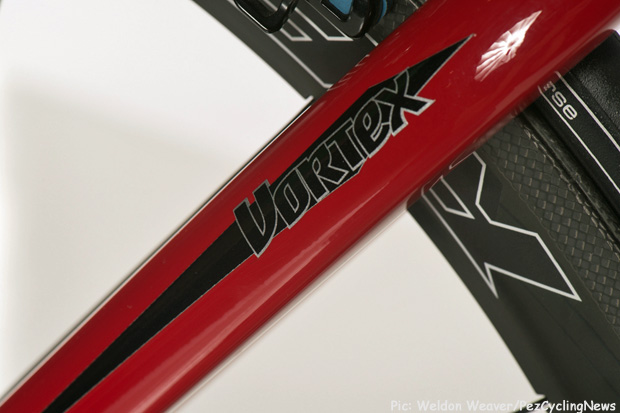 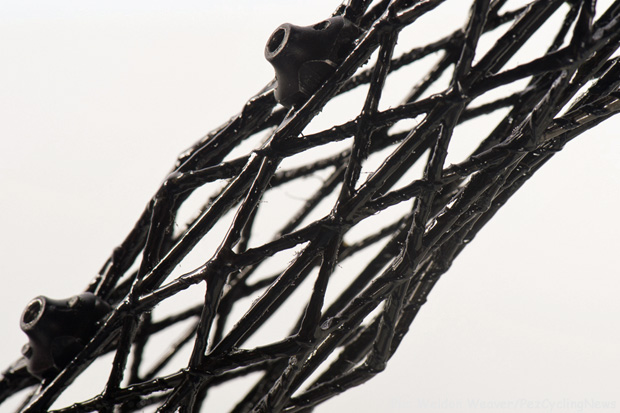 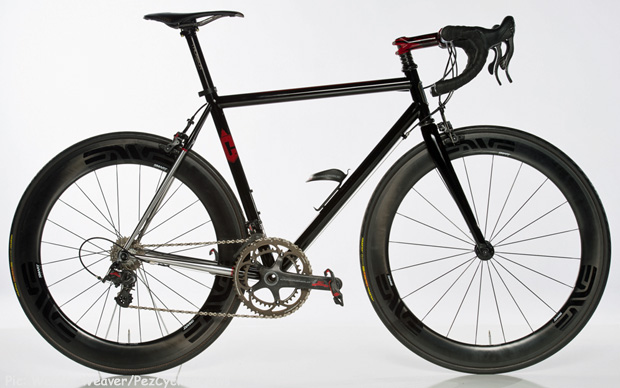 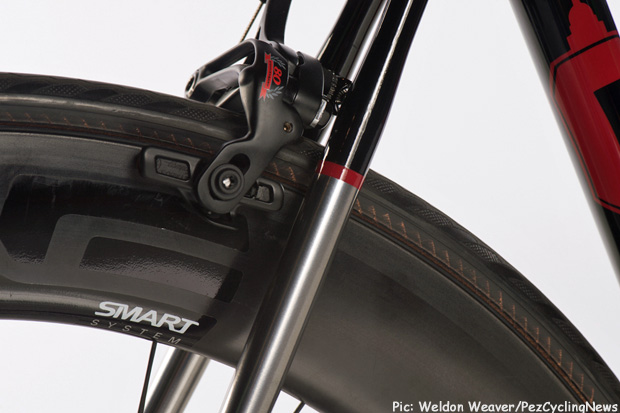 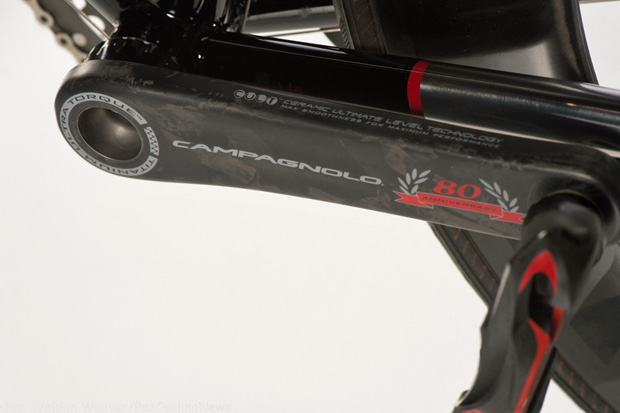 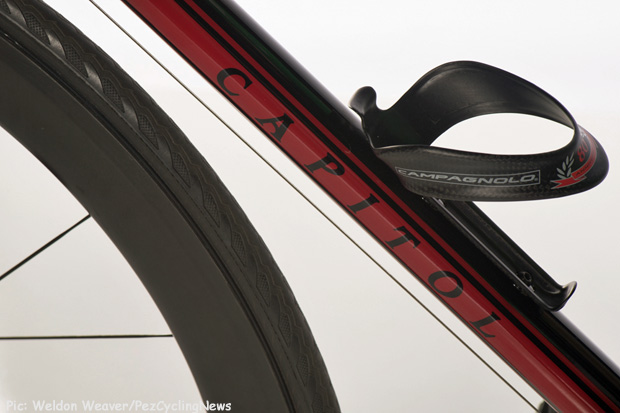 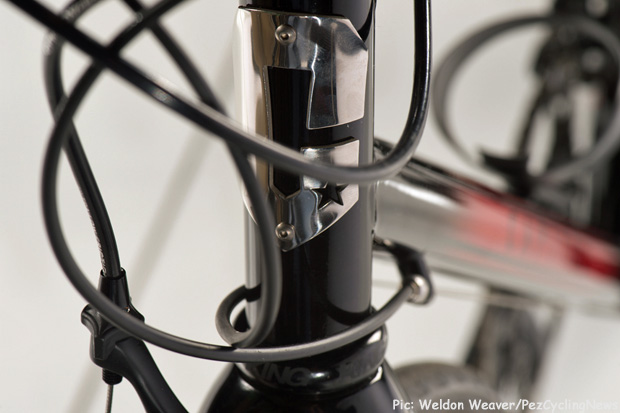 All this adds up to a bike weighing just over 16.5lbs, and which will cost $11,999. If anybody is interested, John still has an 80th anniversary groupset… 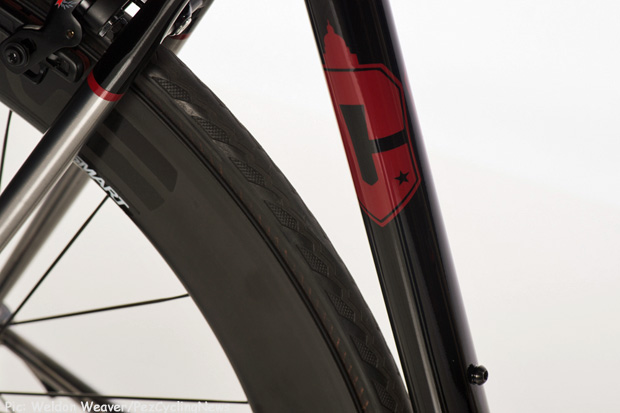 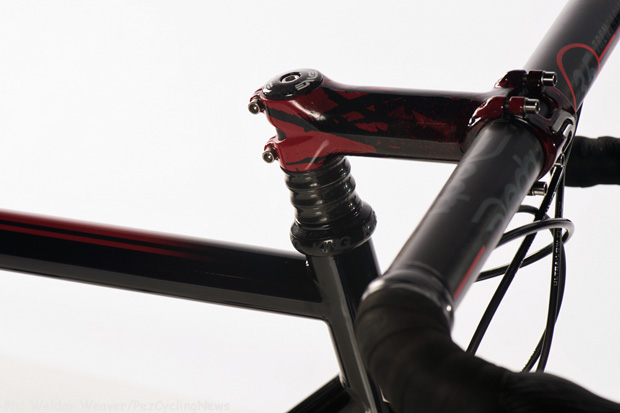 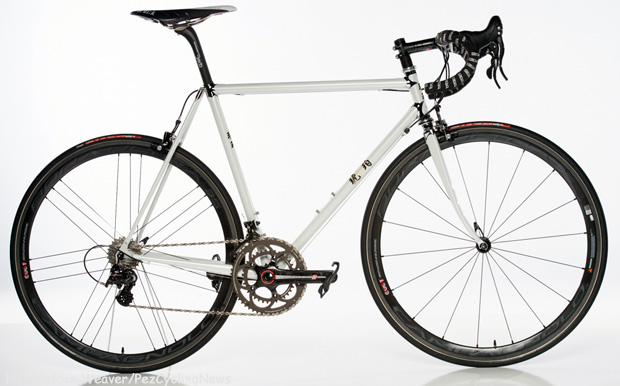 The strong contingent of Japanese builders exhibiting at NAHBS can always be relied on to add some brilliance to the show, be it in design, engineering, artisanship or more usually all three. 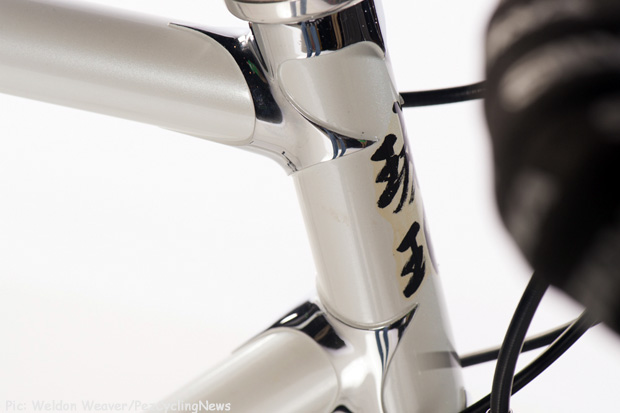 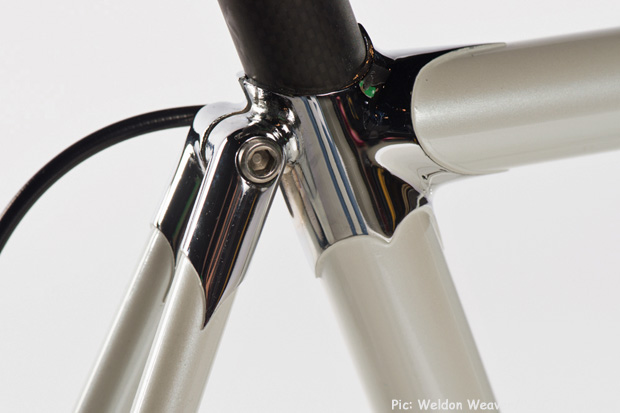 This bike by Japanese master Tohohiko Maesawa, a builder with 25 years experience working in the city of Sizuoka, is a great example of Japanese style. Maesawa used Kaisei 8630R cromoly tubing and a Super Record mechanical groupset with Bora Ultra 35mm wheels to achieve an overall weight of 8.0kg (17.6lbs). 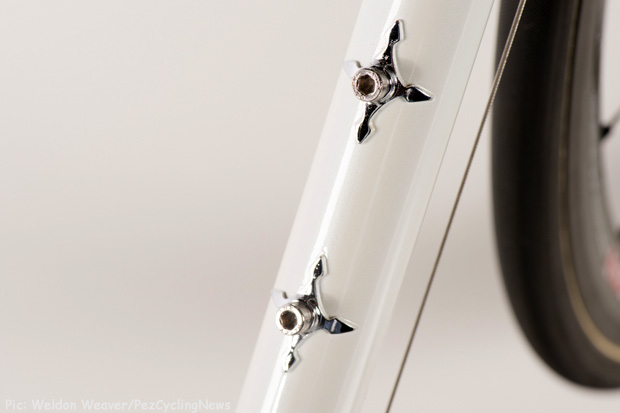 Handcut chromed lugs at the fork crown, head and seat, set off the bike, as does the name written in Japanese script. 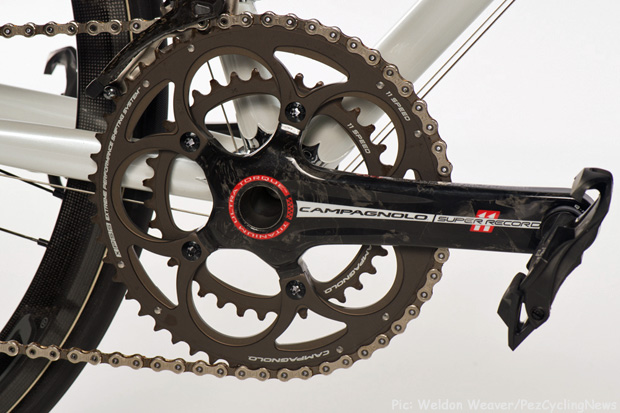 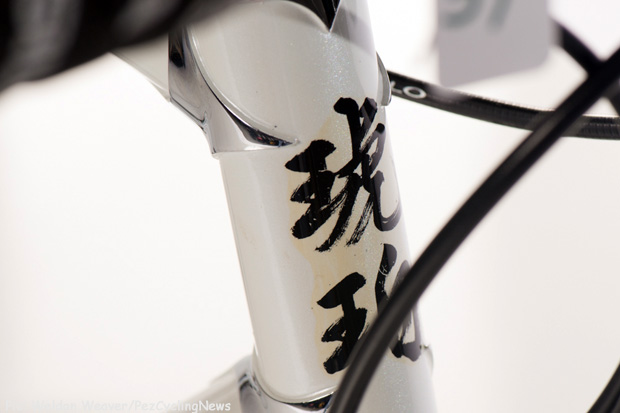 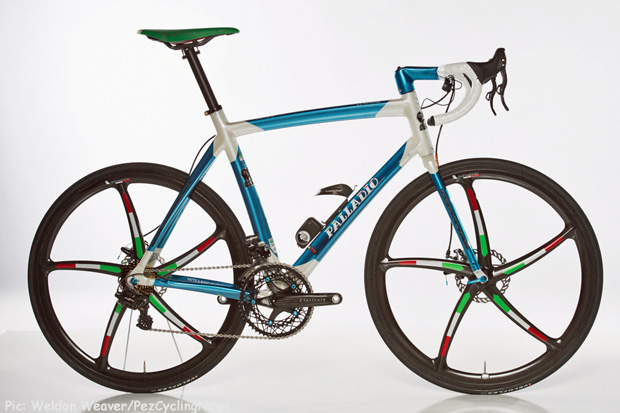 Based in the cycling rich area of Veneto, just to the north of Venice, Italy, is the workshop of new brand, Palladio, which launched at the 2014 NAHBS. Chief engineer at Palladio is Giancarlo Biondi, a well-known carbon fiber expert in Italy who has done work for Aprilla’s motorcycle racing team. 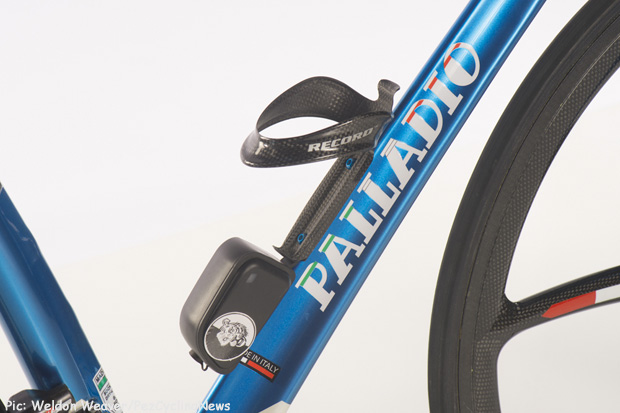 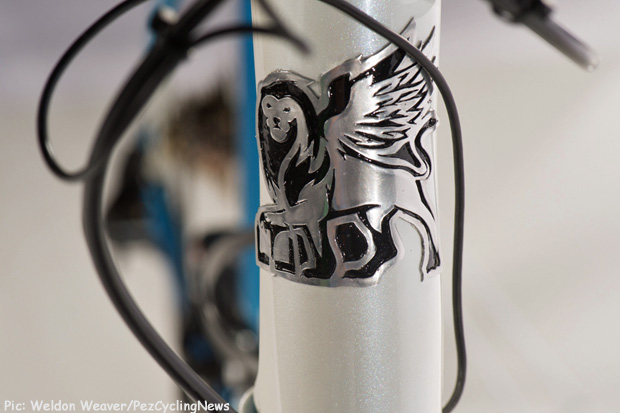 Biondi’s approach is to use a graded layup that incorporates a mix of carbon fiber sleeves and wrapping processes. The sleeves, says Biondi, give better control of torsion extension, making them more resistant to breaking in the event of a big pileup in the peloton. 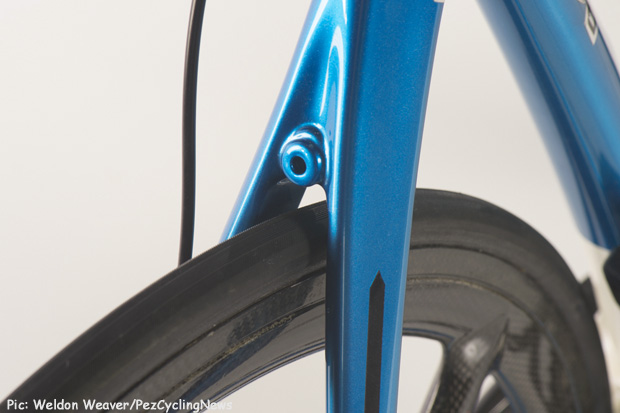 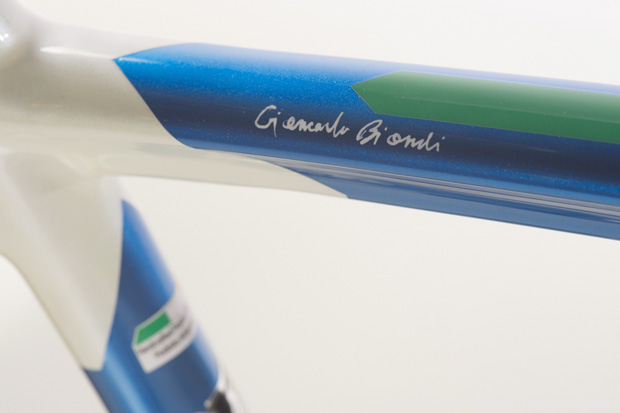 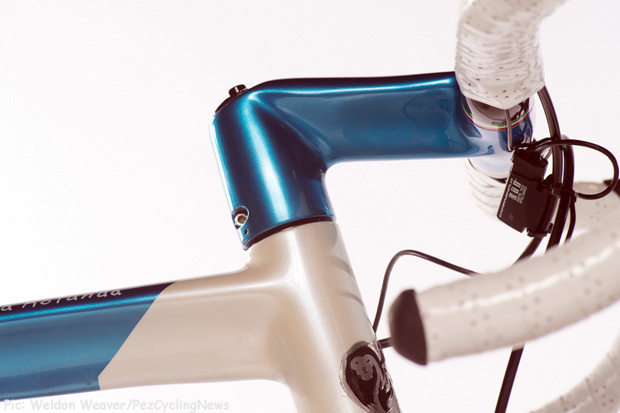 Palladio, which is named after the famous 16th century Italian architect, currently makes makes frames, wheels and stems. In the future the company plans to make the entire bicycle. For this top of the line model, they rely on a Campagnolo Super Record gear shifting system and levers. 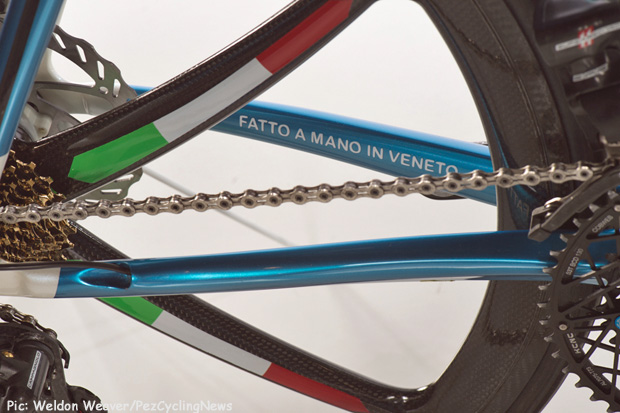 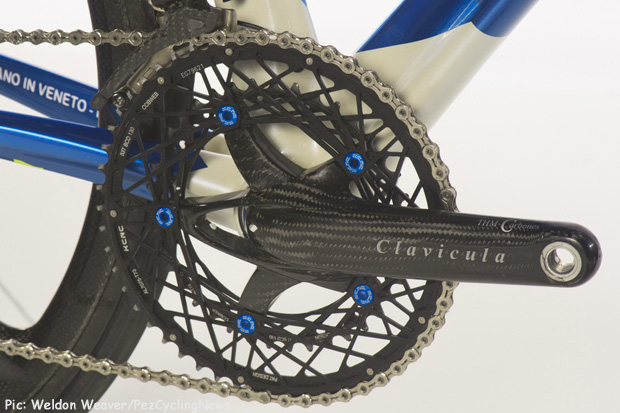 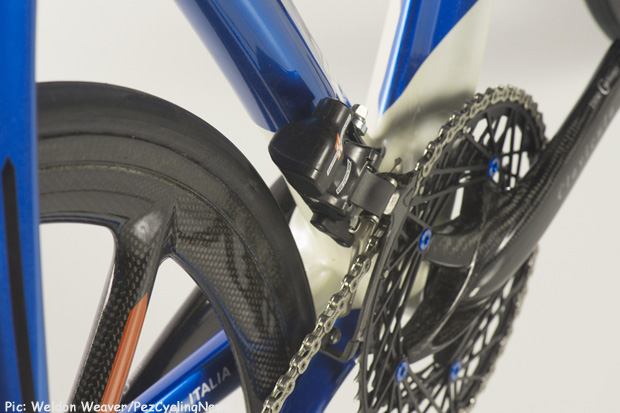