PowerTap was one of the first players in the world of power meters, setting an early standard for innovation with their hub-based design in the late 1990s. Their new C1 and P1 meters expand that same level of performance to the chainrings and pedals, greatly enhancing versatility and options for cyclists.

With more and more power monitors appearing on the market each year, the options for cyclists continue to expand. One company that has stood the test of time has been PowerTap, which has been making hub-based power measurement since the mid/late 1990s.

I have been bashing and pounding multiple generations of PowerTap hubs since the original wired version back in 2006, through to the current G3 version. Scientifically, I have had no issues with the accuracy of the power data. Being hub-based, the values will be less than crank-based systems due to inherent drivetrain inefficiencies. This does not make PowerTap any less accurate, just different. 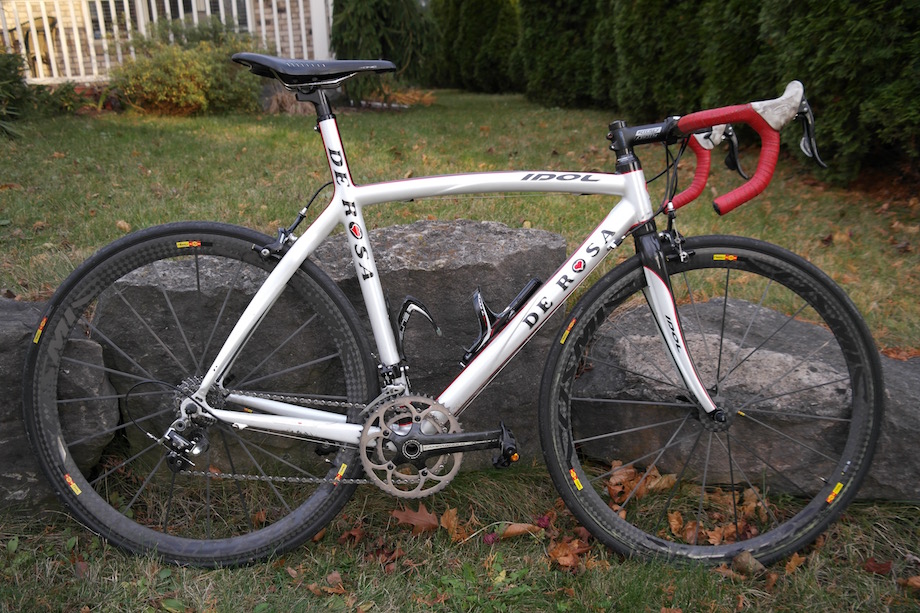 PowerTap has continued to innovate apart from improving their hubs, and this has led them to look towards expanding their power repertoire. While the hubs are tried and true, many cyclists may have shied away from PowerTap because they already have high-end wheels, or they may balk at getting a training set and racing set of PowerTap wheels to get power for all situations.

So to accommodate more riders, PowerTap chose to target new power meters based at the pedal (P1) and also at the chainrings (C1). This provided a wider range of options for different riders to choose a power meter based on their own priorities for use. 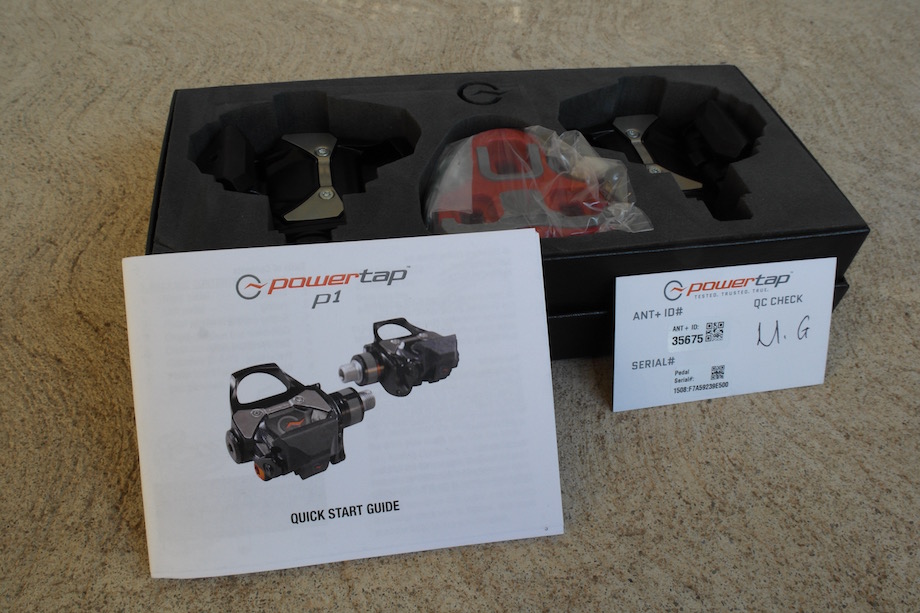 The P1 pedal-based system can be ideal for those with multiple bikes or wheels, as it only requires swapping pedals between bikes. This may be a bit more labourious than swapping PowerTap wheels, but the simple re-calibration process requires minimal time after the pedal swap itself. 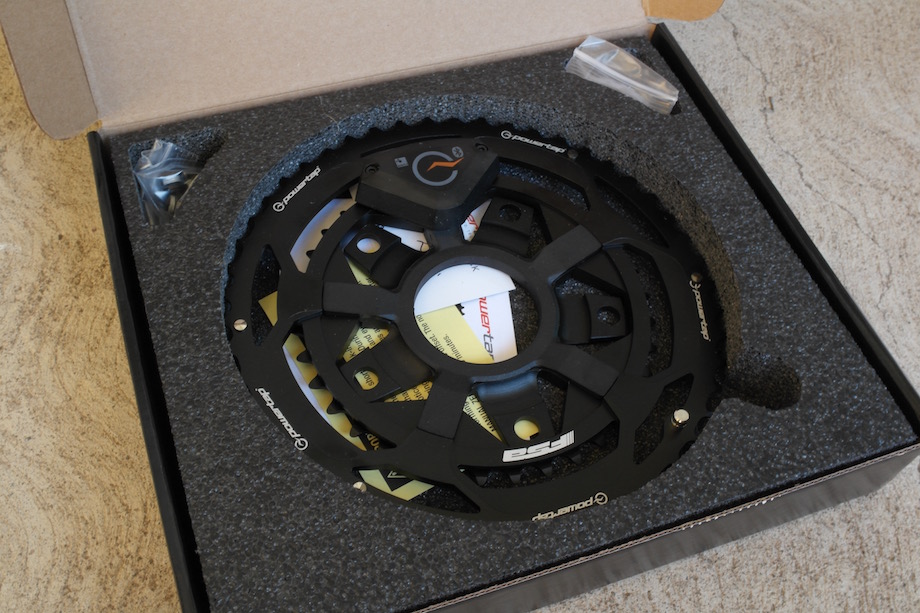 The C1 chainring-based system is ideal for those with a single bike, and those who already have multiple sets of wheels. I have been testing it on my Ritchey BreakAway CX, and the C1 is ideal as it allows me to use my MTB pedals and also to travel and ride off-road with a wide options of wheels. 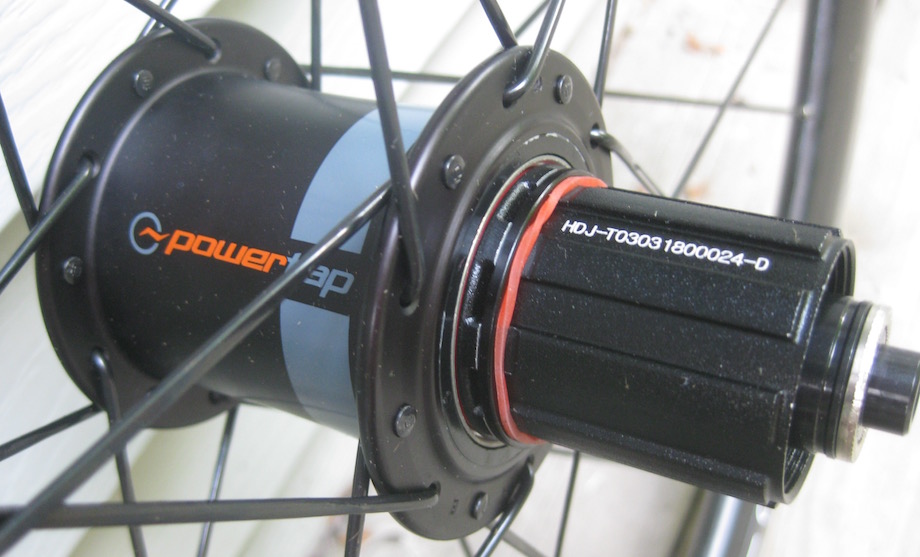 The PowerTap hubs remain an excellent all-around option. I have used my latest set of AMP 50 wheels with G3 hubs throughout the year on both my road and cyclocross bikes. So even though they are high-end carbon clincher wheels, I have used them for milder winter commuting, gravel riding, road training and racing, and cyclocross training.

C1: Chainring-based Power
The C1 power meter is based upon five strain gauges built into an entire chainring system. So you would choose the desired chainring sizes and the C1 ships to you as a complete small and large chainring set that just require bolting onto your crankarms. The nice advantage of this setup is that it avoids the complications imposed by the wild west of bottom bracket standards. 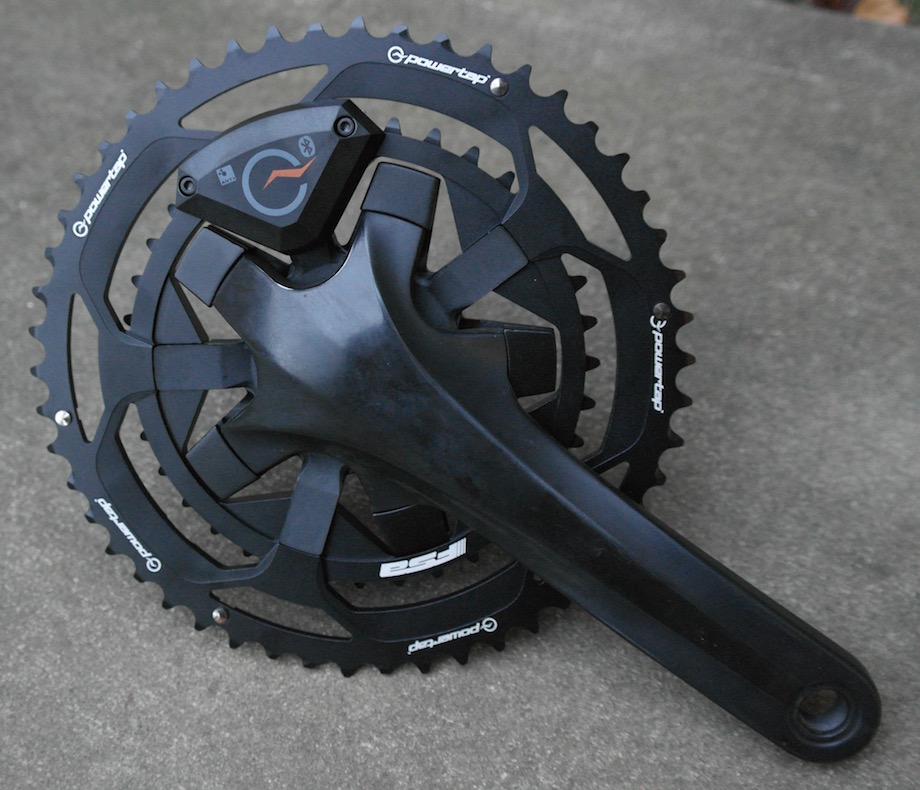 The main requirement, of course, is that the C1 is compatible with your cranks, so first check the compatibility chart tested to date by PowerTap. But in short, if you have Shimano pre-11 speed with 110 BCD (bolt circle diameter), then you should be good. My set fit easily onto my Shimano 105 (5750) cranks.

Your choices for chainring sizes are 53/39, 52/36, and 50/36. This should cover the bases for most of the common chainring configurations. For my CX bike, I chose 50/36 for maximum versatility on trails and while travelling. Replacement chainrings in the same three configurations – without the power meter – are available as a set for $269.99 US if you wear them out. 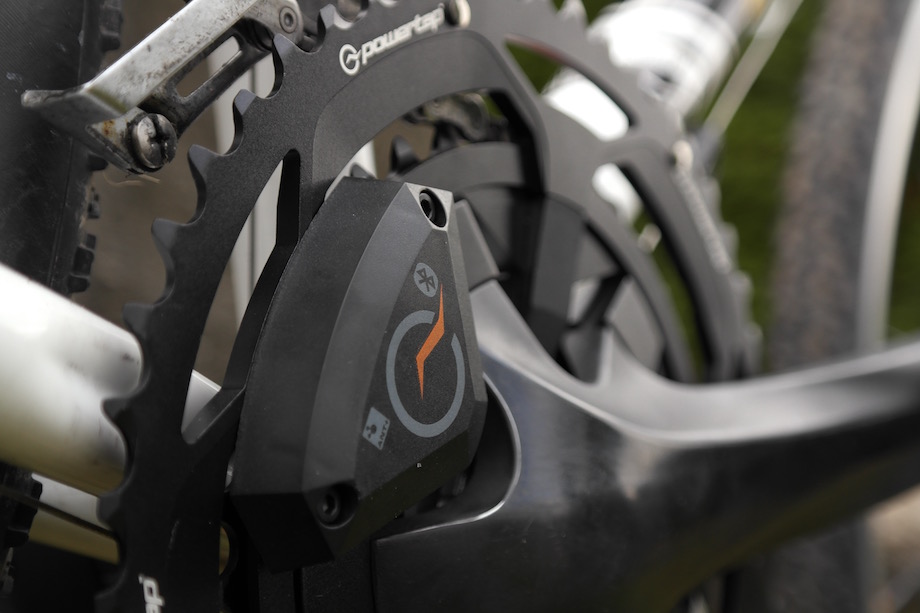 Once installed, there really isn’t much to think about or to maintain with the C1. There are no magnets to position and, when the time comes, battery replacement is simple and quick. The battery is a common CR2032 watch battery, and is claimed to last about 200 hours. The chainrings themselves are well-constructed and stiff, such that shifting in both directions is quick and reliable. I have a fairly old set of Ultegra shifters and front derailleur (2006 era) along with Ultegra 10-speed chain on my Ritchey, and was able to get front shifts that were crisp and reliable. The black anodizing on the chainring teeth wore off pretty quickly, but that is purely cosmetic and has nothing to do with performance.

Power to the Pedals
If you are willing to make the switch to a new pedal system, the P1 can be a terrific option. The big advantage is that one system can be used across all road bikes since there’s no worries about different standards and compatibility. 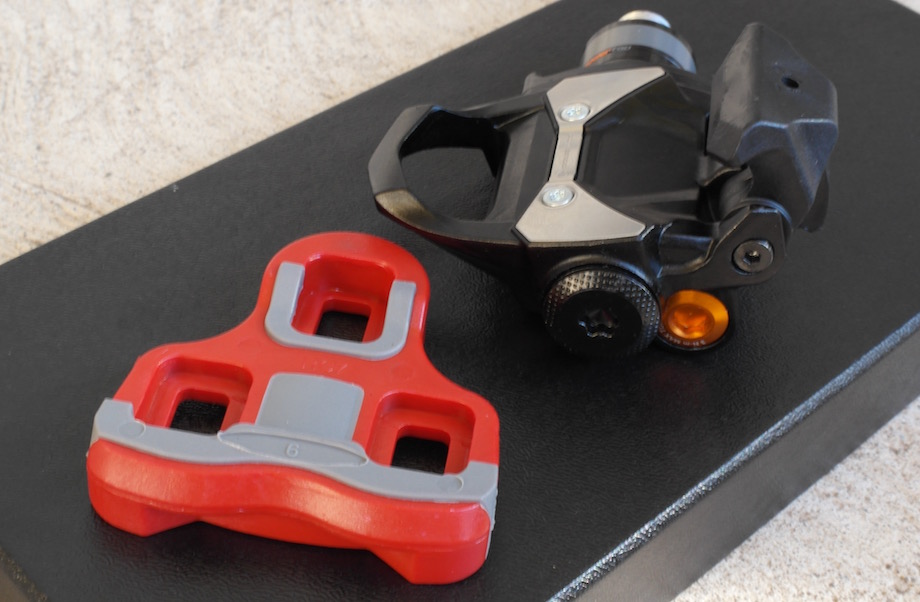 The cleats may superficially appear similar to other triangular cleats, but they are a distinct design and are NOT interchangeable. They permit 6° of rotation either way from neutral. 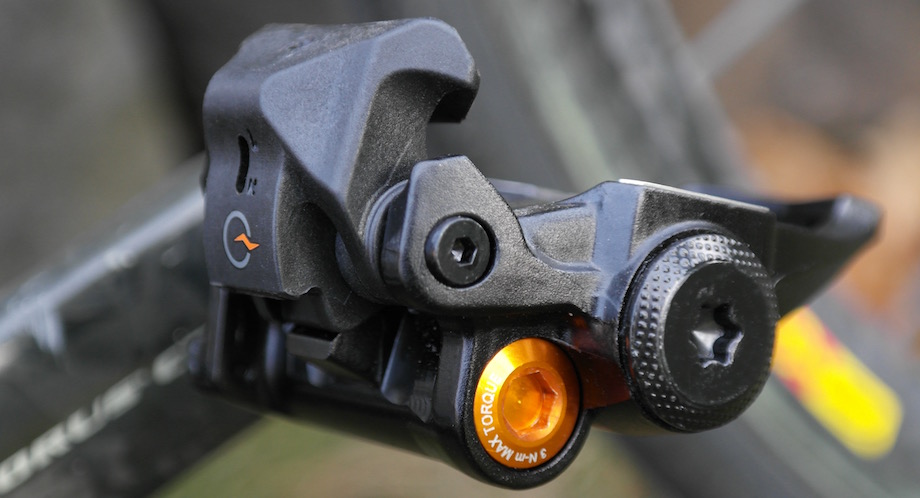 The AAA battery goes into the tube with the orange cover, and each battery lasts ~60 h.

I found the P1 slightly inconsistent in clipping in. I think it may have to do with the wispier front catchment lip, and also that the pedals don’t seem to hang at a uniform angle every time. This led to my sometimes missing the front lip and ending up with the pedals upside down.

Once clipped in, the wide platform gives the pedals a solid feel. I’ve been fortunate to have never had knee problems while cycling, and I am not one who really notices or is bothered by cleat float. Regardless, the rotation with the P1 system is neither overly loose nor overly sticky. I haven’t ridden the pedals long enough to cause substantial wear to the cleats yet, so I can’t report on how the pedals feel with a worn cleat. 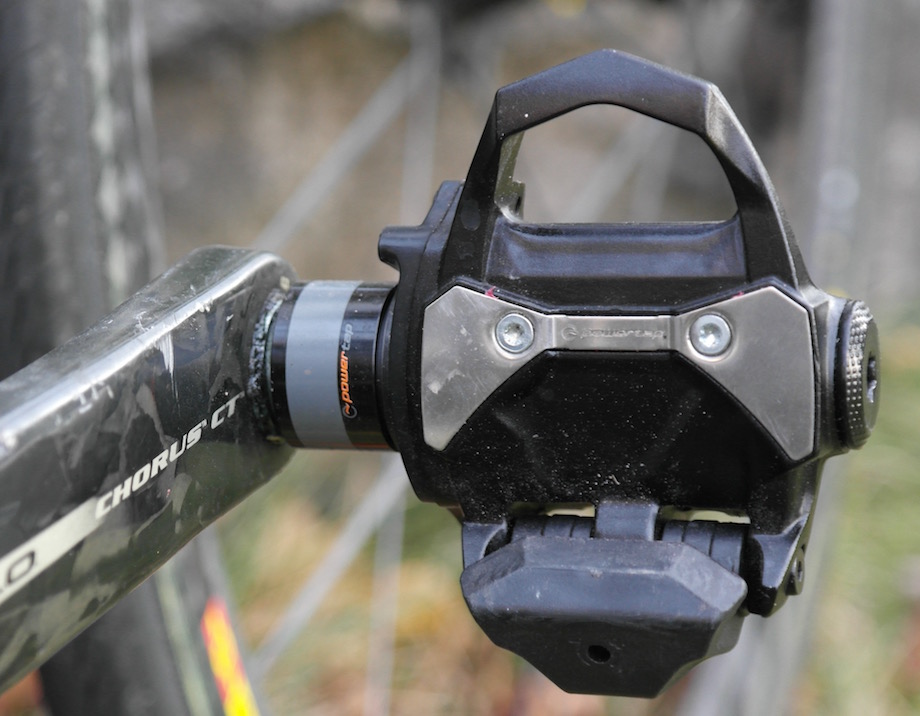 Personally, I am not a fan of pedals with allen wrench installation, as it just brings my hands too close to the chainrings. But the positive tradeoff is generally a narrower pedal stance. If you are of the non-round chainring persuasion, the P1 is compatible as, rather than assuming constant angular velocity, 40 measurements of force and angular velocity are taken per pedal stroke.

Data Transmission
For both the C1 and P1, data transmission is via both ANT+ or Bluetooth. The P1 transmits data through both ANT+ and Bluetooth, and there is a bit of difference depending on method. For Bluetooth, each pedal independently transmits to the computer or smartphone, so it is up to the receiving unit to process the data coming from both pedals. But it will work with any ANT+ bike computer such as PowerTap’s own Joule GPS+, along with other units such as the different Garmin range. And thanks to Bluetooth, it will work with your iPhone through the PowerTap mobile app (iOS only currently). 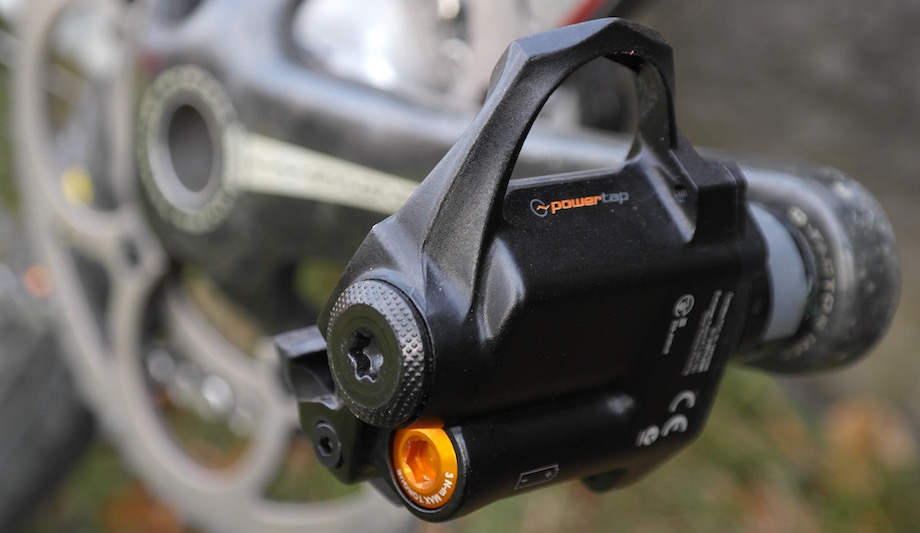 For ANT+, the left pedal acts as the relay for both pedals to your bike computer, with the right pedal transmitting to the left at 10 Hz. In case the right pedal battery dies, the left pedal power will be doubled and transmitted. If the left pedal battery dies first, then no data will be transmitted. P1 batteries are AAA, and last about 60 hours. As a precaution, it’s smarter to replace both batteries each time rather than one. I have not tested rechargeable batteries, but presumably they should also work and be a bit more environmentally friendly. 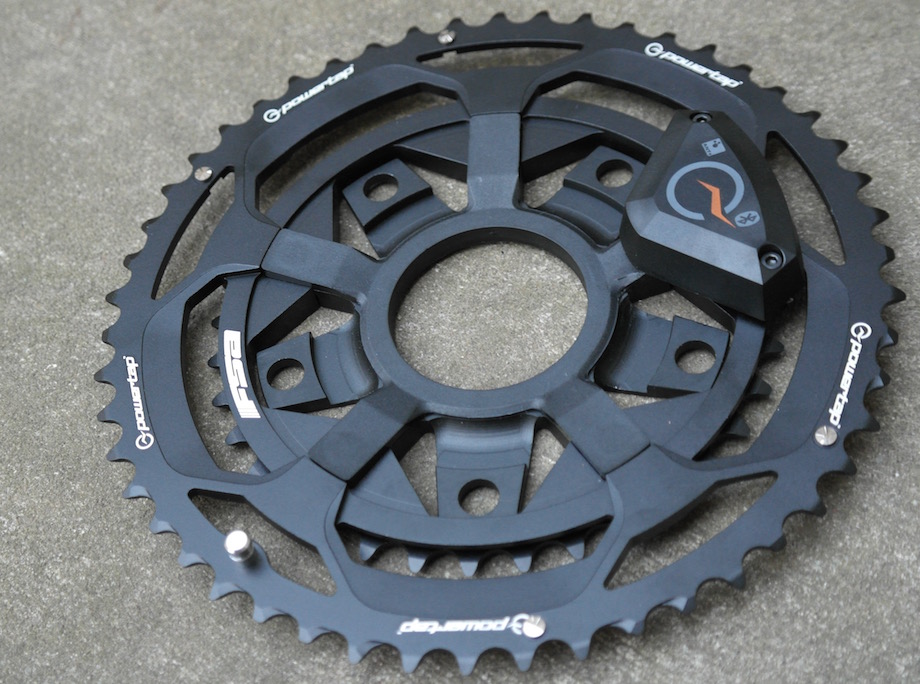 Calibration and temperature compensation for the C1 is similar to the hubs. Namely, whenever you are coasting for 3 seconds or more, the C1 will auto-zero and transmit any new offsets to compensate for temperature changes. All PowerTap systems are rated for -20 through to +140°F, neither of which I intend to test despite my core research being in extreme environments. Also, built-in accelerometers for the C1 remove the need for extra magnets attached to the bike.

For the P1, temperature sensors in the pedals monitor internal temperatures where the measurement is taken. Any required offset is automatically incorporated into the transmitted data as the ambient conditions change. 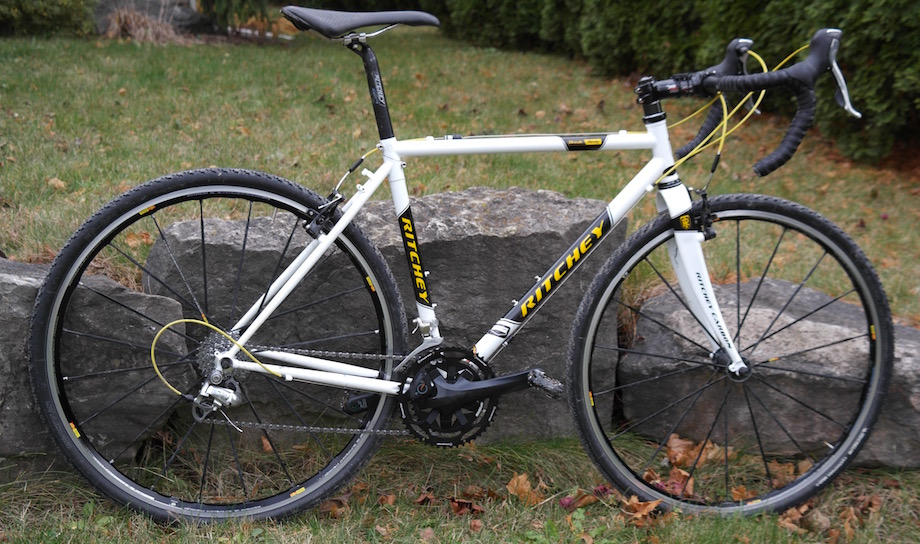 The big advantage for both the P1 and C1 is having right/left power, whereas this is not possible with PowerTap hubs. For both the P1 and C1, this right/left power is net power, such that the “Right” power is a function on the positive tangential force from the right leg at 0-180°, minus any negative tangential force from the left leg on its upstroke.

Currently independent R/L power is available through the PowerTap mobile app when using the P1, and my latest check-in with PowerTap indicates that they’re close to rolling out some advanced pedaling metrics using the P1 on their mobile app. Good scientific understanding of such data and their implications are still lacking, but this potential gives the P1 an added advantage.

Being both ANT+ and Bluetooth-enabled, the P1 and C1 are simple pair and play with pretty much any modern bike computer. PowerTap of course has their excellent Joule GPS+ (we first reviewed it here), which is both ANT+ and Bluetooth SMART compatible, but I’ve also used other computers with no problems pairing and receiving data. PowerTap also has a PowerTap Mobile app (currently only iOS) for your phone, and the Joule GPS+ can download ride data wirelessly to it and to your PowerAgent analysis software (Mac and Windows). Of course, the ride data can be easily exported to the analysis software of your choice too.

Summary
From a quality and scientific perspective, I have confidence in the PowerTap system, from the various generations of hub-based models through to the new C1 and P1 systems. In four months of use so far both indoors and out, I have not seen any evidence of data drop or unrealistic spikes. I have found both the pedals and chainring-based power meters to be robust and reliable system, and the P1 is especially perfect for those of us with multiple bikes.

Ultimately, the real winner in PowerTap’s new move is the consumer gaining even more options for power meters, without any sacrifice in the company’s reputation for reliability and ease of use.