I heard “package from Reynolds” shouted down the hall and pretty much jumped over the desk thinking “Cirro KOM!!!” What came were Reynolds’ new bottle cages and while not exactly the same level of excitement is created with these, they are pretty damn slick.

For the past couple of years, everyone and their uncle has come out with a carbon bottle cage. We ran a review a long while ago about the first few, and back then they were the cat’s pajamas. There’s been what seems like a half dozen versions of either the same cage marked with someone else’s logo, or cages so similar that, other than the logo, we can’t tell em apart. Reynolds decided that some of that design worked, but they could change a few things and improve on it. Job well done. 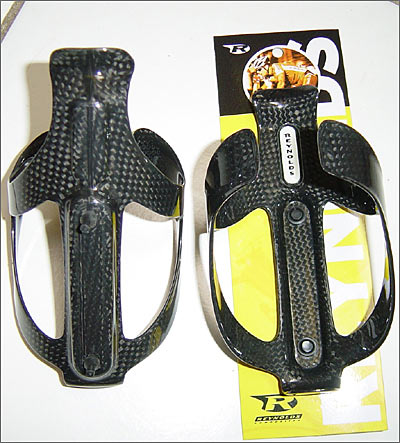 The lip at the top is right where it should be to hold pretty much everyone’s bottles securely and the arms don’t bend like metal cages and don’t fatigue, so no worries about the grip loosening up on these. 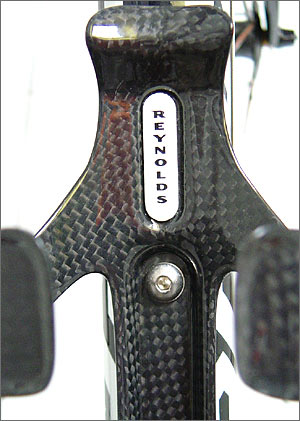 Solid Carbon, with a couple of holes for screws, Reynolds didn’t scrimp on material where it’s needed, at the bolt area. They also leave the bolts recessed in a little carbo-trench so that nothing marks up your bottles.

Lots of companies haven’t paid much attention to the fact that bottles don’t get pulled straight out, but need to be pulled out the side. 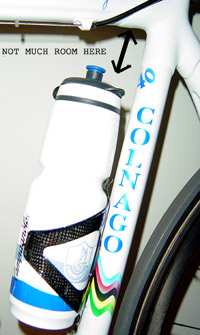 Where Reynolds got it right is in the shaping of the cage. They dropped the side support further down, taking away material that blocks access. 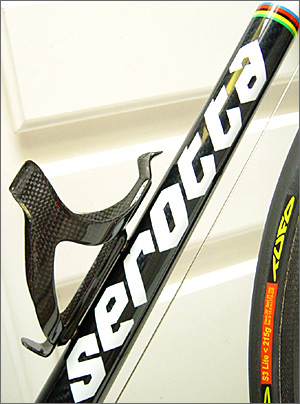 This is particularly nice for smaller frame sizes and lots of frames built with sloping geometry, as the bottles both insert and extract with far less hassle. 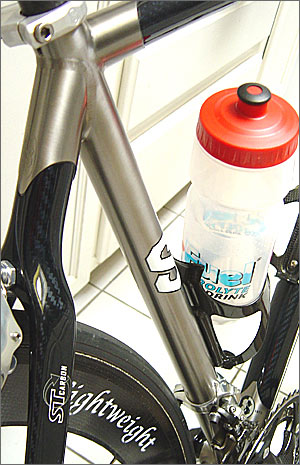 Anyhoo…
We admit that bottle cages are not exactly earth shattering on the cool scale. But, while there are lots of other parts that get more attention, bottle cages are one of those parts that you interact with directly several times on your ride, and have to take a hand off the bars to do so… It’s nice that Reynolds got these right. They hold snug, but not with the death grip that a few other carbon cages have. It’s almost like manufacturers forget that carbon doesn’t fatigue or get “loose” like metal does and think they need that little extra grab, which also makes putting a bottle back in a bit harder. Not that it’s all that tough, but this is just better.

The down side is that all carbon cages cost too damn much for what it takes to make em, and these are 59 bucks each. But they’re light like carbon, look like carbon, function like carbon and are better designed than most other carbon cages, so it makes sense that they cost like carbon too.

And it’s not like 118 bucks sticks out like a sore thumb on many bikes these days, especially not the house parts tester… 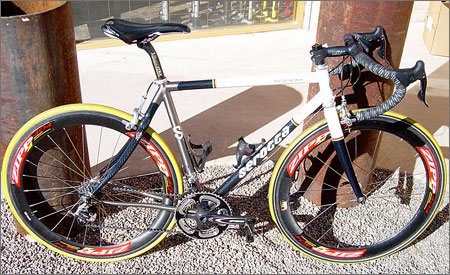 Get a little info at Reynolds web site,
or just click on over and buy a set at Wise Cycle Buys.