The Het Volk/ KBK weekend not only opens the season of northern classics, it also opens the door on new gear releases, and PEZ was frontline when we spotted Shimano’s electronic shifting on both Rabobank and Skil-Shimano bikes – take a look…

Last year at the Het Volk/Kuurne weekend we spotted Campagnolo’s electronic gear system on Big Bert Roesems’ Ridley. Despite Bert giving it rave reviews when we spoke to him, it still hasn’t gone on public release.

Last year we also came upon shivering Shimano technicians fitting electronic gears to a Rabobank Colnago, outside the team hotel on a damp, cold, dark evening. They weren’t impressed with our presence and even less impressed with my ‘joke’ that we were Italians from Vicenza – home of Campag. We managed to rattle off some photos though, these revealed a definite one-off, ‘prototype’ look and finish. Machine marks and evidence of hand polishing were apparent.

But a year is a long time in the cycling technology arms race and as we did our traditional recon of the bikes before Kuurne-Brussels-Kuurne, we hit pay dirt.

Both the Koga of Skil-Shimano’s Tom Veelers and the Colnago of Rabobank’s Joost Posthuma were fitted with the new Shimano system.

The rear gear has changed most, adopting a smooth, polished look…. 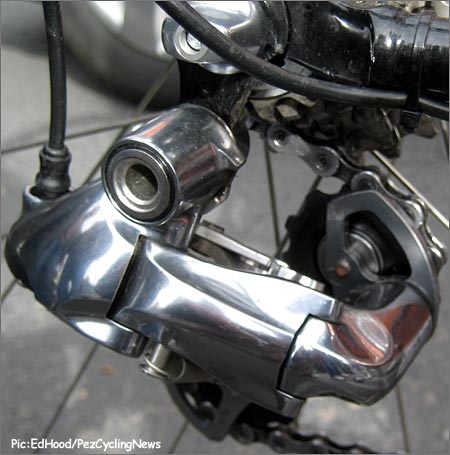 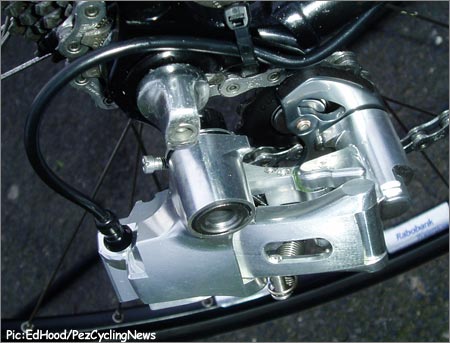 The front mech and battery pack look very much like they did in ’07, with the front changer chunkier than a cable activated mech. 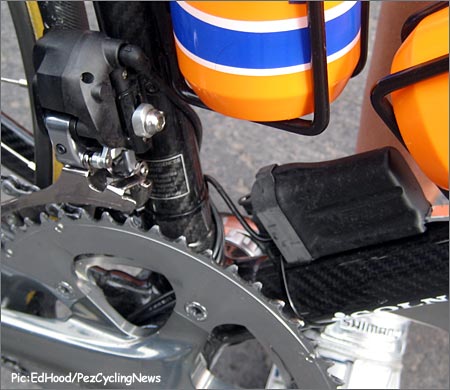 The battery pack is smaller than the Campag version – which sits below the bottle cage – and isn’t too prominent. No one was prepared to discuss battery life though. 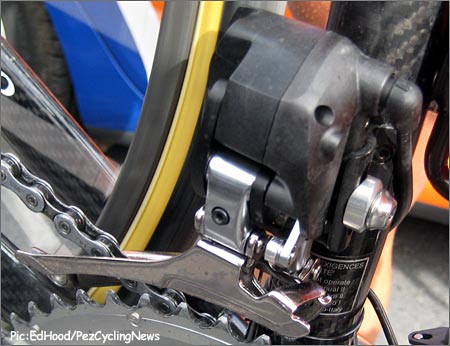 We didn’t get much of a look at the levers last year, but the 2008 versions look quite different from the current Dura Ace offering.

The design has echoes of SRAM, with the levers “cranked” outwards. Shimano have even forgotten that they don’t use carbon – unless our eyes are mistaken… 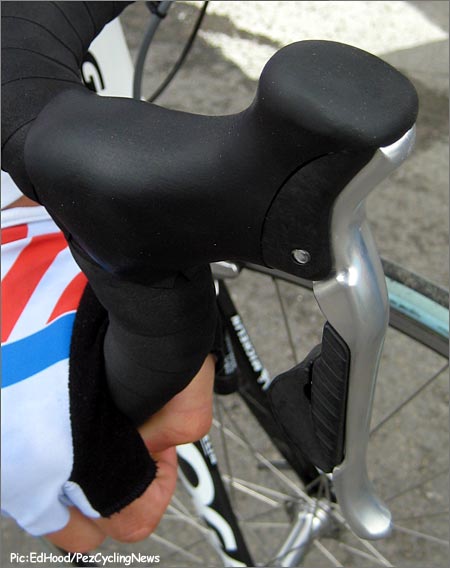 Our spies tell us that the original lever electronic was difficult to operate whilst wearing gloves, the new ones are bigger and changing is easy, even when wearing winter kit. We’re also told that gear shifting is “brilliant.”

And with no need for derailleur cables, the whole look is as clean as anything available. 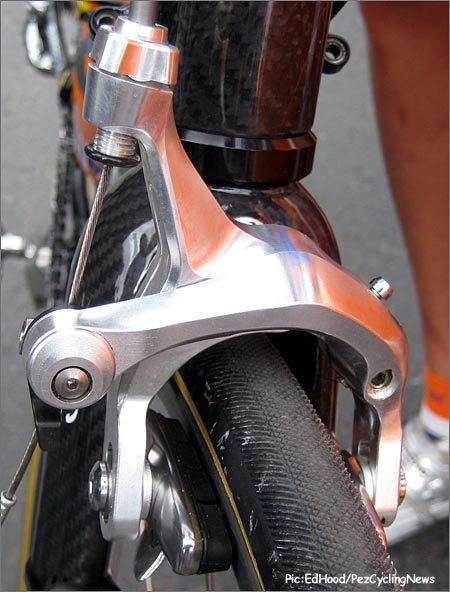 It also looks like the dev team isn’t content to stop at just a shift system, as
we spied new brakes to go with the gears – these are chunkier and ‘squarer’ than the present model but not unattractive. 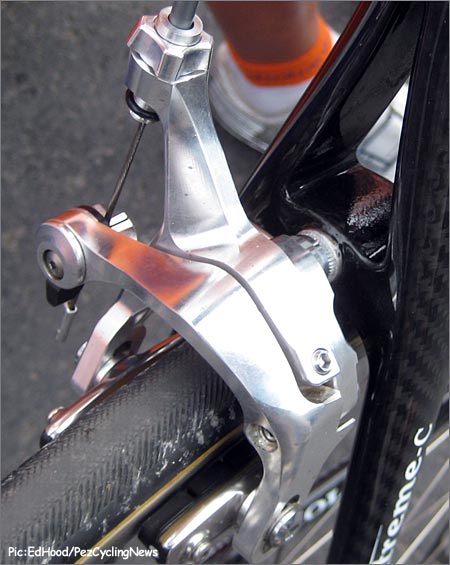 The word in the trade is that both Campag and Shimano want their systems absolutely perfect before they go on release to the public – and while we did our homework and called the boys at Shimano, all we got was what you see here. Still, after so many years of development, can a consumer version really be that far off?

Dario’s Diario: What Happens When You Go Home?