Tucked away in the Arizona desert, The Zipp/Quarq team gave cycling’s top North American journalists (and me) a preseason/release hands on with a few new products for 2013.

Nothing like a little warm weather in February to put on a happy face, and not many more beautiful backdrops than the hills/mountains around Tucson AZ to put in a few winter miles.

With a great group of folks on hand, Zipp/SRAM/Quarq came loaded with some solid new products for the miles ahead.

Zipp have a new focus on ergonomics and fitting and they’re launching a couple of “HALO” level products to suit.

The first Halo on hand is aimed at providing a class leading aero wheel solution that acknowledges frames designed for 650 wheels as a viable/ valuable and needed option. With that size / fit support in mind (and heartily agreed with) Zipp have launched their 404 650c Firecrest Carbon Clincher. 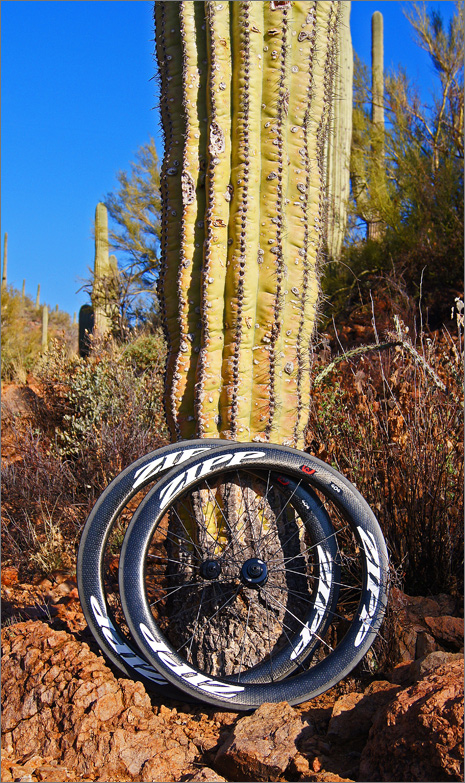 Loads of details are out there and most people are familiar with the Firecrest shape advantages. Aerodynamics / speed are a focus of course, but when you’re talking 650c, you’re generally talking about smaller riders that weigh some place near your average 9th grader. 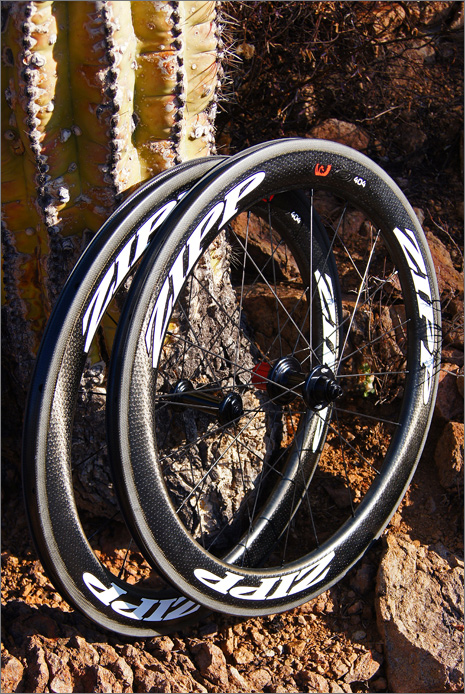 Bringing the VERY good cross wind stability with Firecrest down to a 650 size is a brainer (there aren’t really any “no” brainers at Zipp). 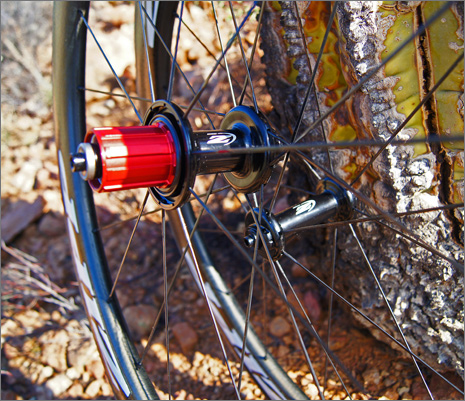 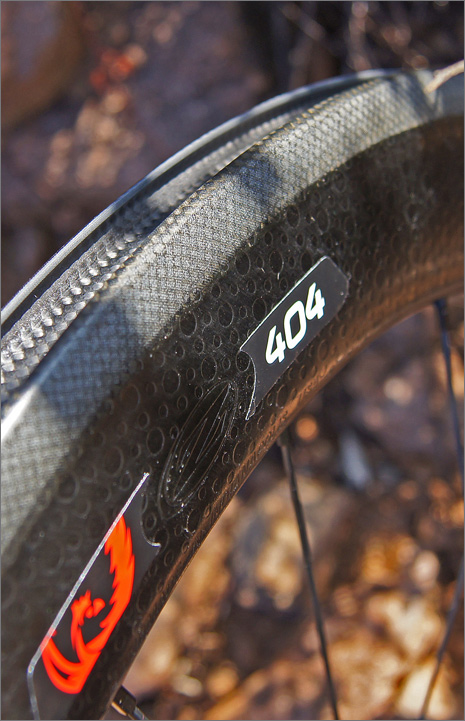 In fact, these wheels ran at Kona under Mirinda Carfrae and nobody seemed to notice (except Mirinda, as she commented that she was able to stay in the aero position under crosswind forces that had her coming up from her aero tuck in past races). 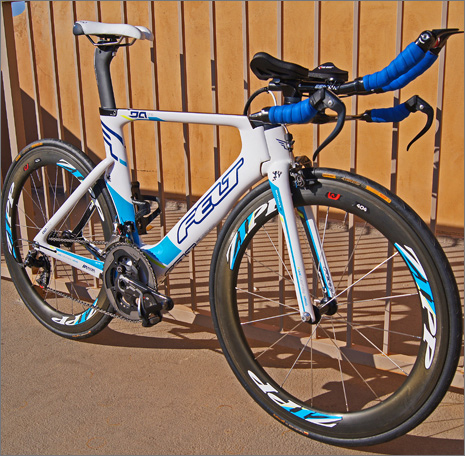 That combination of 58mm depth, drag performance and cross wind stability make the 650 Firecrest set up no small matter. 670g/ 795g weights front and rear and 10/11 speed compatible and they’ll cost some place near $2700 at a store near you next month. 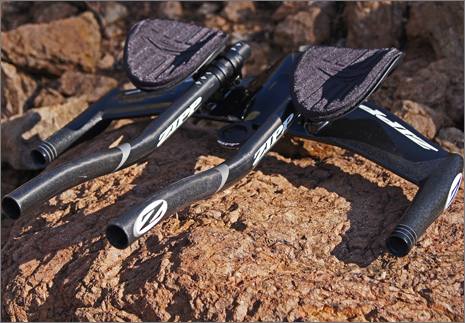 The Integrated bars on the market are cleaner, leaner more aero designs, but tend to be a coin-toss relative to fit.

Then there are the parts mix bars that are a separate bar, stem, risers, pads, extensions, combined to let people dial in the best position for power output, comfort and aero body position.

The Vuka Stealth aim to be a bit of both. 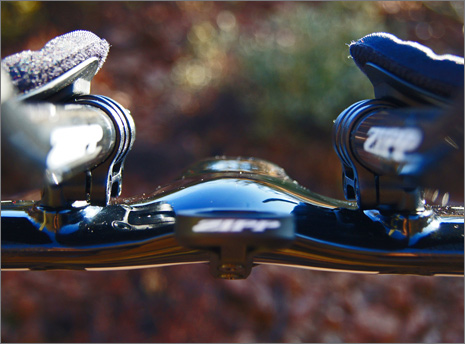 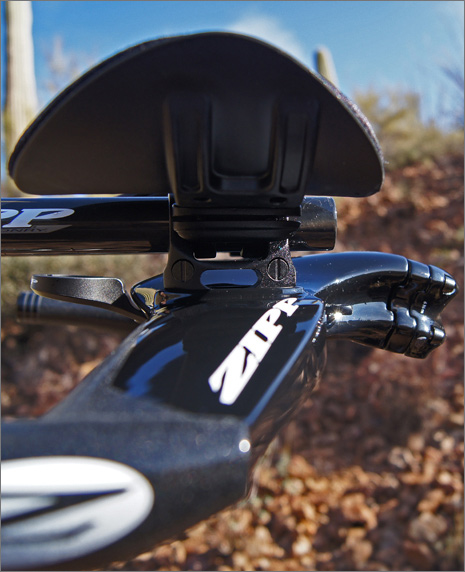 You should hit Zipp’s site for more info, but you’ll note the risers can come in multiple stacks. 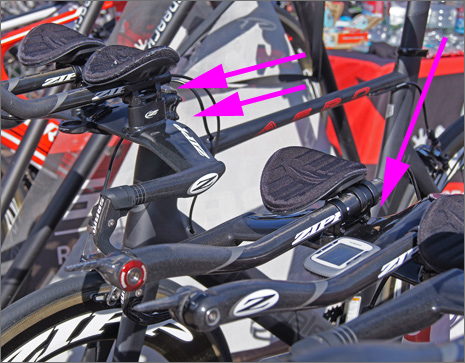 The pads and pad mounts can also be attached to allow for different width and position. 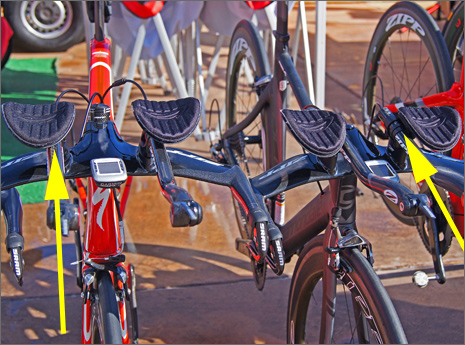 The base unit will come in 3 stem sizes (small, med, large) and each of those sizes can be further manipulated with “stem” length adjusting spacers. 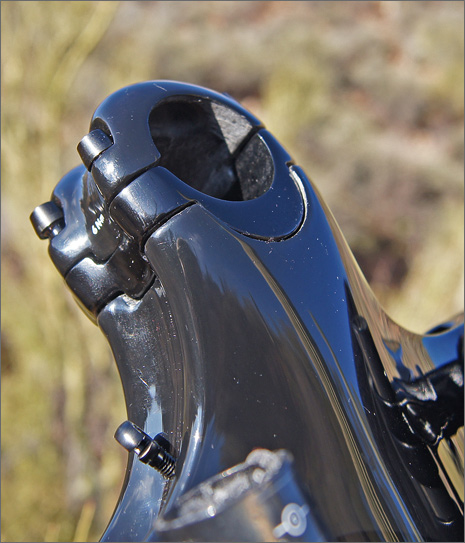 The bar extensions will also come in a few different shapes that will take other brands’ shifting levers and or integrated for SRAM.

There are multiple cable routing options as well, and they are all very quickly cabled internally.

The bar weighs in at 820 grams with Vuka race carbon extensions and will retail for $1070.

AND… Very shortly you’ll see Zipp’s fitting system used to select the proper stack, stem length and extensions, letting your fitter take your current coordinates and enter them to find the best combination of parts to get you dialed into your position. It should launch some time mid late spring.

Zipp also bring on two more wheels, introducing their new “30” as well as a bit of a reintroduction with the “60”.

The 30 is an Alu clincher with a focus on durability. 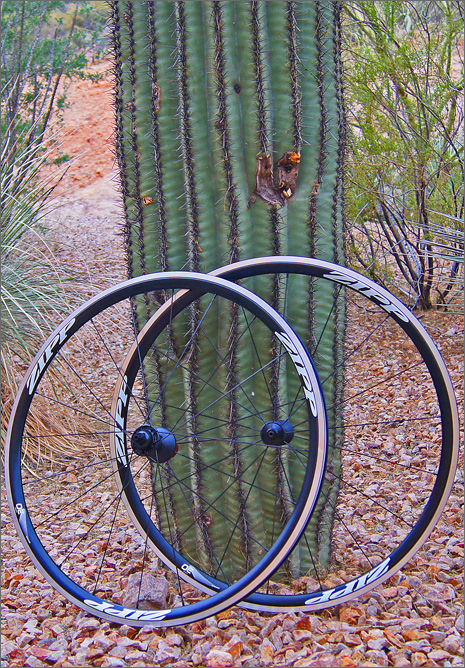 Virtually any rim wanting to claim “performance” today is built a bit wider than a couple years ago and the new 30 is too at 21.5mm. 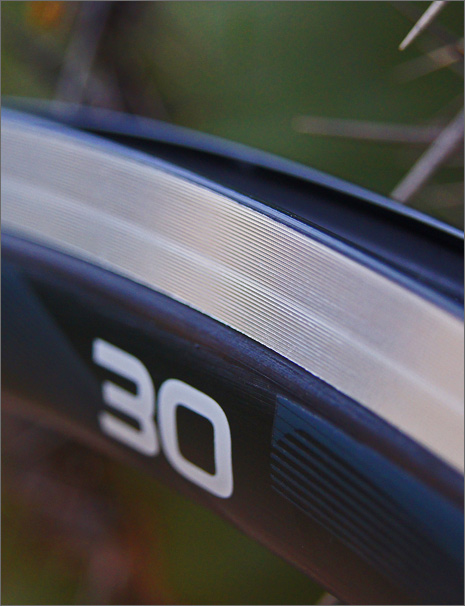 This is no ultra-light climber but instead a meaty, go anywhere hoop set that features a 534 gram rim and stainless spokes (18/20) built around an all-new 7076-t6 Alu bodied hub. 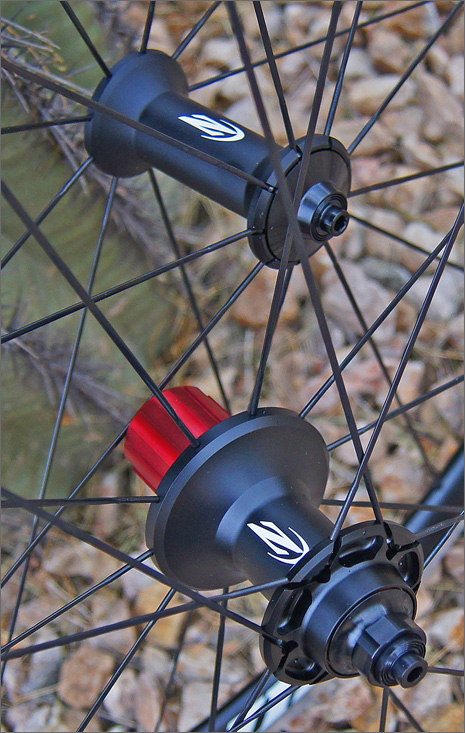 The hub set is an all new design, contract built for Zipp to require no preload adjustment or fiddling. 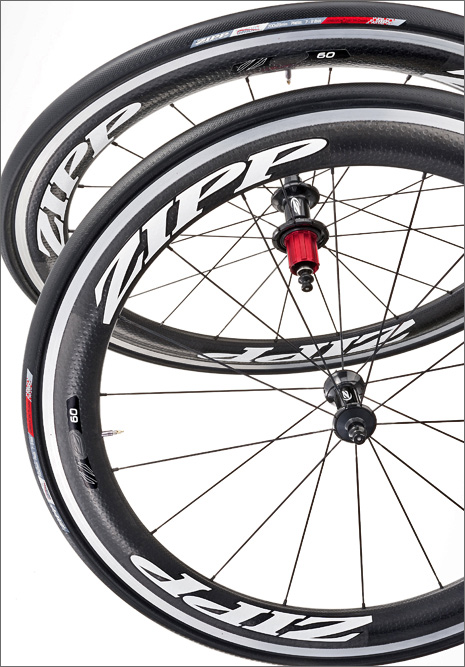 If you’re getting the feeling you’ve seen this before, that’s because the new 60 is VERY similar to the Hybrid Toroidal shaped 404 that basically dominated cycling aero performance ahead of their switch to the updated Firecrest shape.

The set gets 18 front, 20 rear Sapim CX-Ray spokes and the rim is 58mm deep with that Familiar standard Alu Tire bed and brake track. 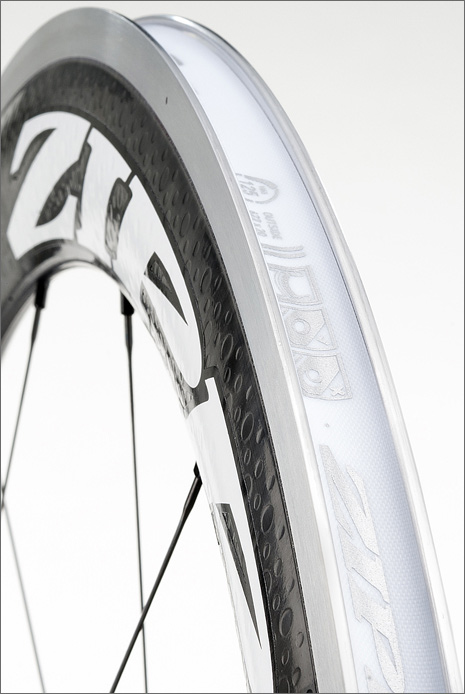 This set will weigh a bit more than the old version at around 1800 grams but a good bit of that weight will be the new hub set rather than the slightly reinforced rim. The weight should mean uprated durability for both the hub and rim versus the old 404 (and Zipp’s impact drum reflects that).

The set should be available very shortly.

This wasn’t an all Zipp branded affair, as Quarq were also on hand, and in hand with two new Crank based Power Measuring devices. 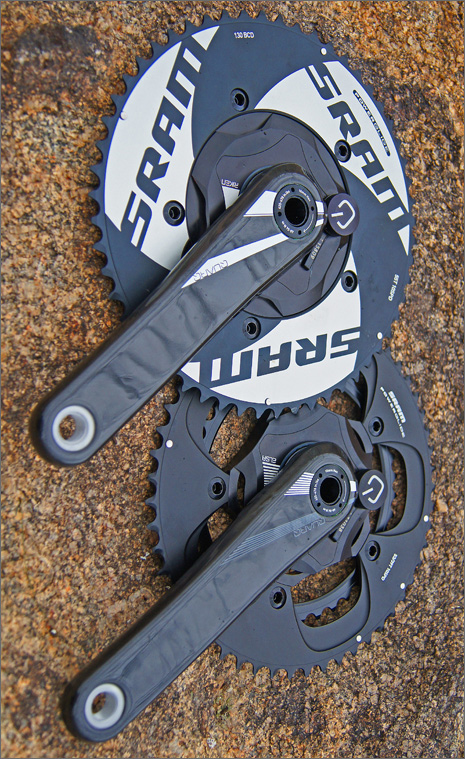 Quarq will shortly release the ELSA 10R and RIKEN 10R.

Most of you have seen the past models and understand that these feature multiple strain gauges as well as positional reed switches that react to a magnet on the frame and very accurately translate the data into a power reading. 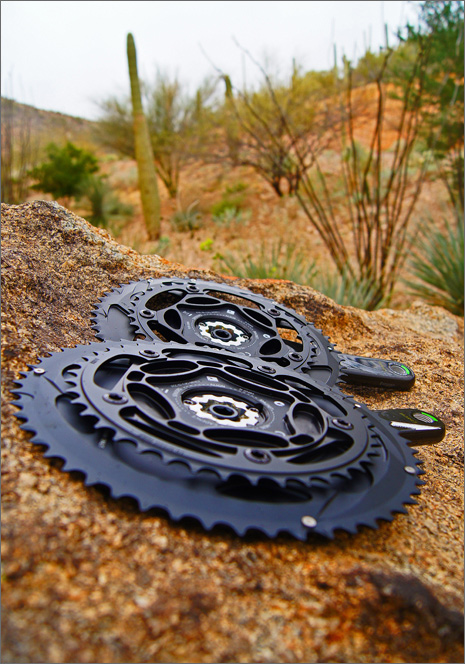 Make no mistake here, this is not a power estimator that lacks strain gauges and it’s not a single gauge unit that uses an accelerometer. This unit is fairly complex with the bulk of the metal stress testers secured around the inside of the spider. 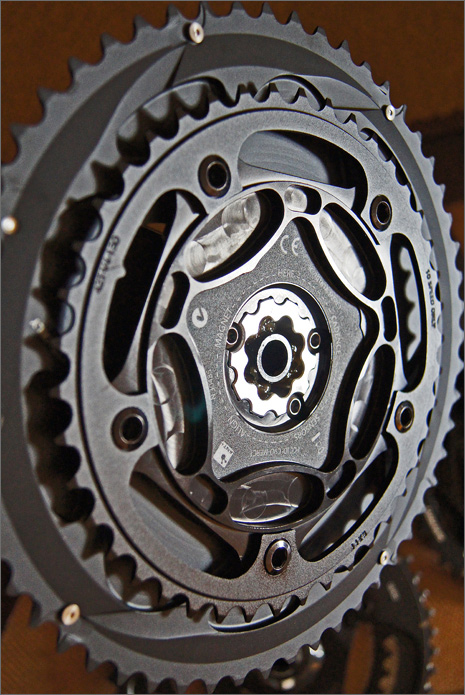 Quarq seal and test these units to a much higher standard than their first efforts (which faired pretty well as built).

Both units measure to an uprated 1.5% accuracy and use standard chain ring bolt patterns. Both will now also feature an LED that can signal you in different ways to reflect status and even indicate when repair is needed. And as they feature multiple strain gauges and a magnet that gives multiple crank position indications, the units also feature “Omnical” which makes power measurement independent from chain ring selection. The only way to keep that 1.5% accuracy is to take guess work and variability from the data being transmitted. That’s job done with the new Quarq units.

The ELSA is a lighter unit at 735 grams and takes a power balance measurement that will indicate left and right leg efficiency through the most powerful portion of the stroke.

The ELSA will sell at a $400 premium versus the equally accurate but slightly heavier Riken that will have a BB30 retail of $1645.

Big thanks to the folks at Zipp/ Quarq for the invitation to get a sneak peak and hands / feet on these new units.

Bigger thanks to the unsung heroes of virtually all these events, the guys turning the wrenches and making a group of journos feel a lot more important that we really are.

The early pic might have given you the impression of heat and sun, but right when I was Facebook-bashing my friends in the north, mother nature gave us a slap and the temp dropped and rain turned to a rain snow mix… 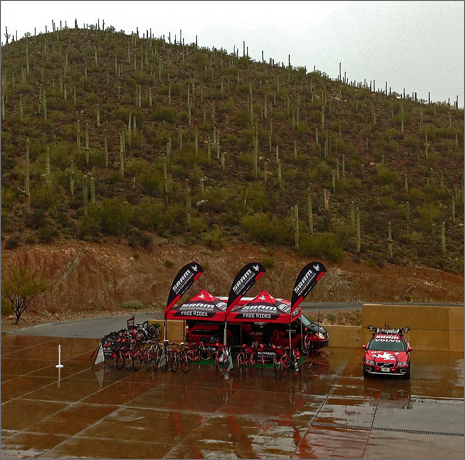 This then turned to freezing rain which then , eh… froze. 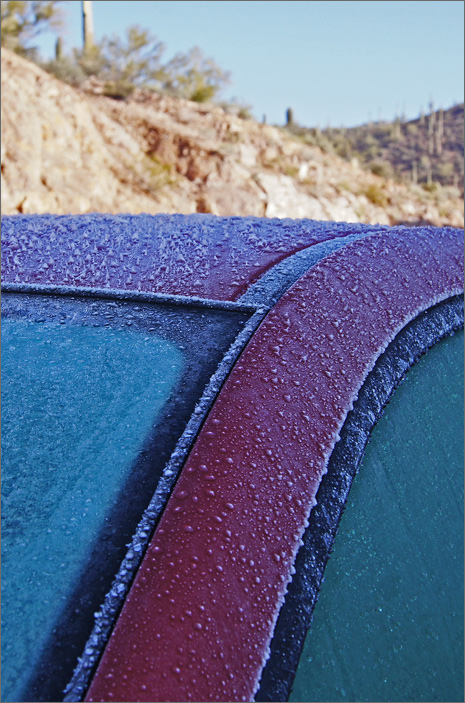 Of course it warmed up to a fantastic next day of riding, but these guys stayed their posts and kept everything ready to go until all the writers formally waived the wimp flag. They then had to pack everything up (in the worst of the cold) and have it all set back up before us weaker people were rolling out of bed.

Cap tipped to you men among boys!

You can see more of these products and the web sites of both QUARQ and ZIPP.

Thanks for reading,
– Charles Manantan