Toolbox: Since the era of Banesto, Postal, and now Sky, the Grand Tour climbs have turned into massive team leadouts, with Indurain, Armstrong, Wiggins, Froome, & Thomas protected by an armada of climbing domestiques. But is there an actual benefit to having teammates pacing on climbs? 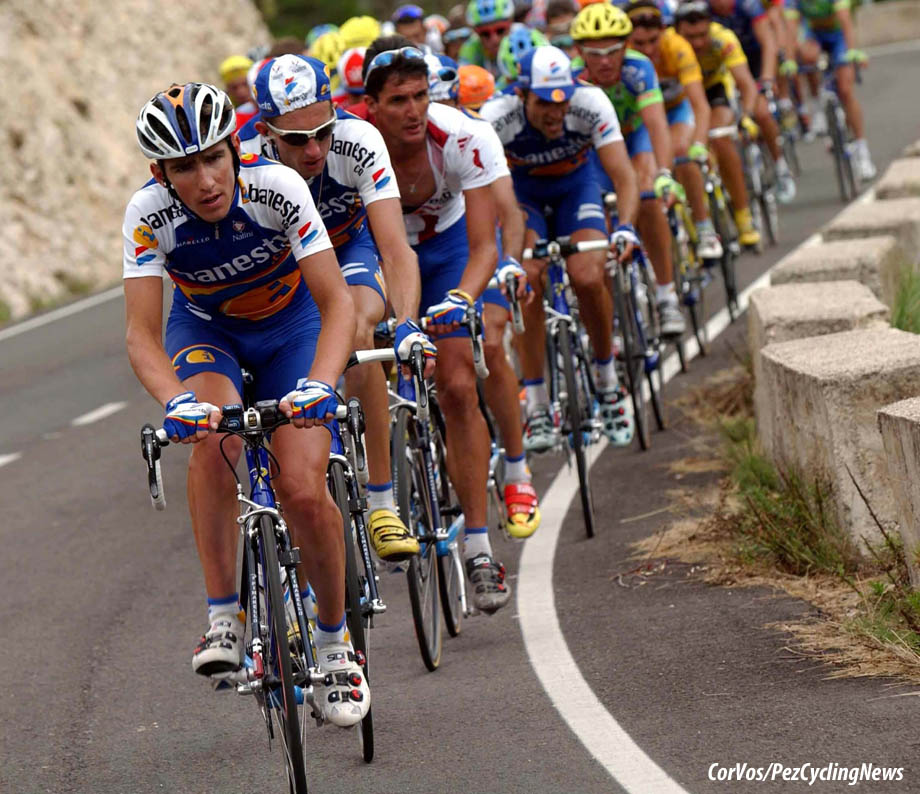 The Banesto team working in the mountains

Any of us who have done big climbs, or who have just watched the pros race them, have probably wondered at the strategy of the dogma of teams having mountain domestiques for their leaders. Sure the pros ride faster than we do, but is there really aerodynamic advantages such that drafting becomes beneficial?

Or is a mountain paceline a strategy to snuff out attacks by keeping such a high and steady speed or power output that rivals are all at their limit, making attacks nearly impossible? Perhaps the benefit is that power output is more steady for the team leader, which is often a better pacing strategy for long time trials than constant surges.

Perhaps it’s purely psychological and having power in numbers? Is the benefit because there’s psychological safety in numbers, and seeing a number of friendly jerseys provides a mental lift? In contrast, perhaps being isolated without teammates adds fear as a psychological burden, making the same effort feel harder?

It could also be a matter of helping with pacing. Perhaps it’s easier to externalize your effort by simply following a reliable wheel, as opposed to forcing your thoughts inwards to how your body is actually feeling (in pain, obviously!). 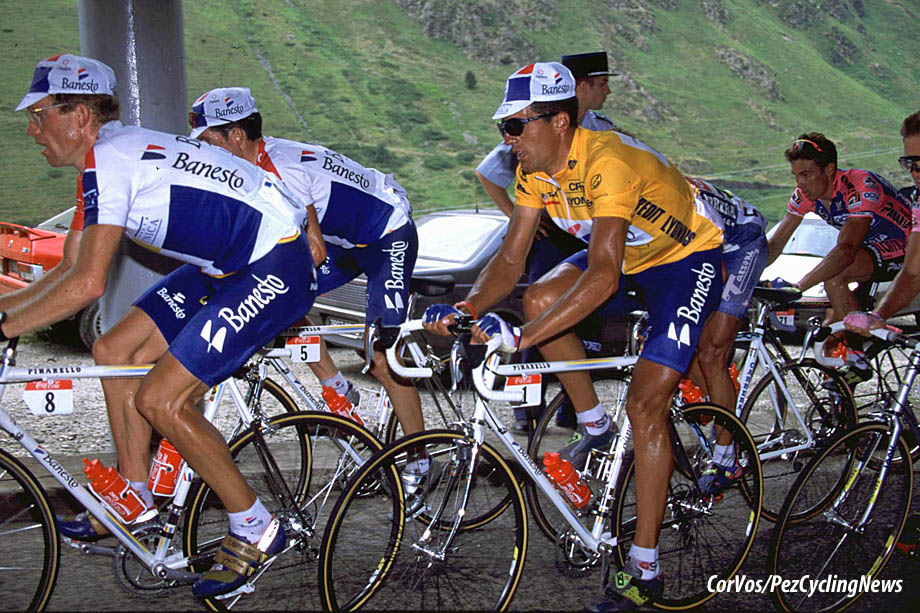 The Spanish team knew the value of the ‘Mountain Train’

Ouvrard et al. 2018
Such questions are difficult to tease out in real life racing, and just as hard to study in a laboratory setting. However, a new paper led by Frederic Grappe, sport scientist with Team Groupama – FDJ, attempted to study this question (Ouvrard et al. 2018).

• The study was a field study outside of the lab, with the test course a 2.7 km climb averaging 7.4% grade. A familiarization TT was performed, and warmups and tire pressures were standardized. They were free to self-select pacing strategy, and also to ride seated/standing. Hand position were either on the hoods or tops.

• The “Control” condition involved a solo and unpaced TT as a simulated race.

• The “Paced” condition had a fit competitive cyclist riding an e-bike (150 W constant power assist) leading the participant. The participant could modulate the pacer speed by 0.2 kmh up or down by calling “Go” or “Wait,” respectively. The pacer also slowed down as needed whenever a gap of >2 m appeared.

• For both trials, power was monitored, lactate was measured 3 min after the TT, and a range of psychological data recorded: RPE, pleasure, different measures of motivation, attentional focus. 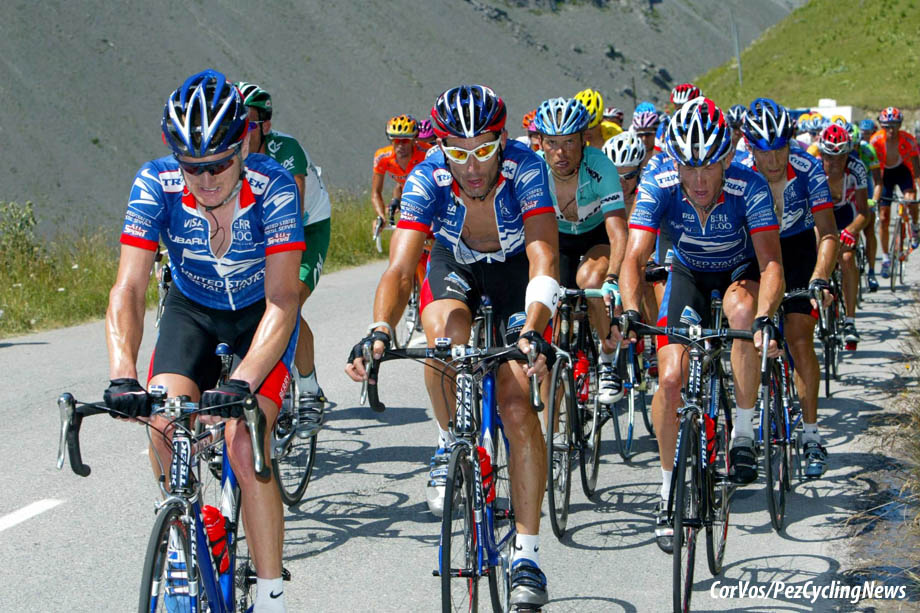 US Postal kept the pace high to the final climb

Climbing the Charts
I was the Associate Editor managing the peer review of this paper, and I felt that, given the challenges in studying this idea, the research design was quite strong. How did the results stack up?

• Speed was 23 s slower time during control (9:05 vs 8:42). However and importantly, power output (PO) was NOT different across conditions (354 W control, 363 W paced). What DID differ was the total calculated resistive force, at 70.8 Newtons for control and 69.2 N for paced. Essentially, this meant that aerodynamic drag was less for the paced condition, and overall calculations suggested that this accounted for ~58% of the performance gains in the paced condition.

• Importantly, while average PO did not differ, the paced condition resulted in a higher end spurt effort, with a 9.1% increase above mean PO during the final 10% of the TT. This suggests that team leaders may have a greater psychophysiological reserve nearing the summit.

• A higher pleasure response was observed in the paced condition. This supports the idea that having teammates makes even a hard effort more enjoyable, and may contribute to the higher end-spurt.

• Interestingly, no differences in attentional focus was found. Therefore, this finding does not support the idea that having a pacer helps by shifting focus away from internal to external.

Get on the Mountain Train
When interpreting this study, it is important to keep in mind what this study is trying to test. Specifically, the pacer and the test participant were working cooperatively, not competitively. So the context here is seeing whether and how a team leader may benefit from having a climbing domestique.

Removing any psychological factors, there should be no reason why a rival team leader shouldn’t have equal aerodynamic benefit from another team’s mountain train.

The psychology here is the tantalizing next step when it comes to seeing what happens during a race. The study suggests that the team leader gains a “band of brothers” psychological lift from a pacer, and this may give them the boost or confidence to attack nearing the summit.

What this study doesn’t test, and what would be a difficult but interesting next step, is whether a rival gets a positive, neutral, or negative psychological effect from the presence of another team’s train. Perhaps the next study should have another cyclist as a rival?

Climb fast and have fun! 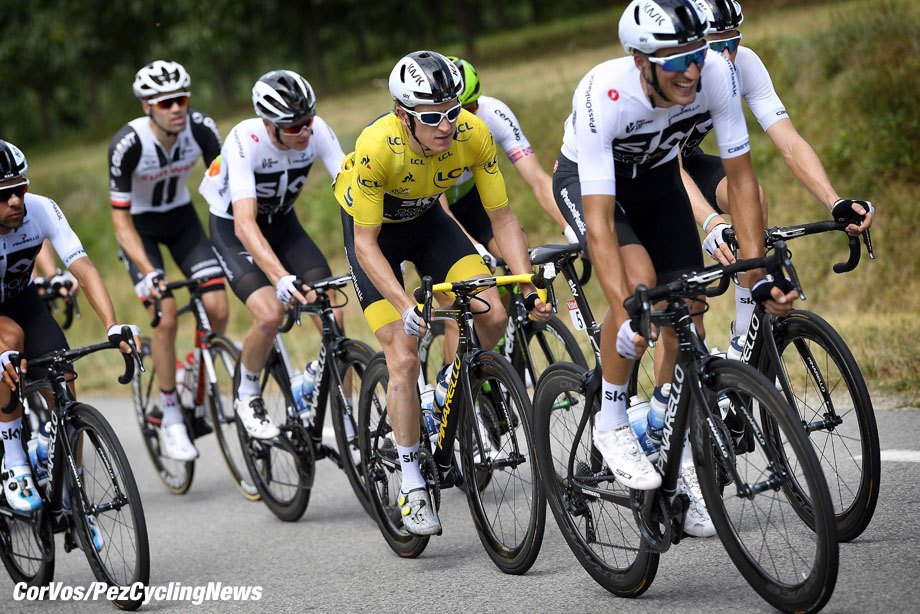