Toolbox: Toolbox: Getting into a more aero position on your bike definitely makes you faster, and we’ve seen all kinds of variations by riders like Froome, Pantani, Sagan and more. We look at some actual wind tunnel testing to get to the bottom of which position on your bike is fastest for riding and also descending.

In the never-ending quest for speed, pros have taken to different and sometimes bizarre positions when descending. The latest trend is for top tube descending, which is becoming banned in many amateur events. Is it faster? 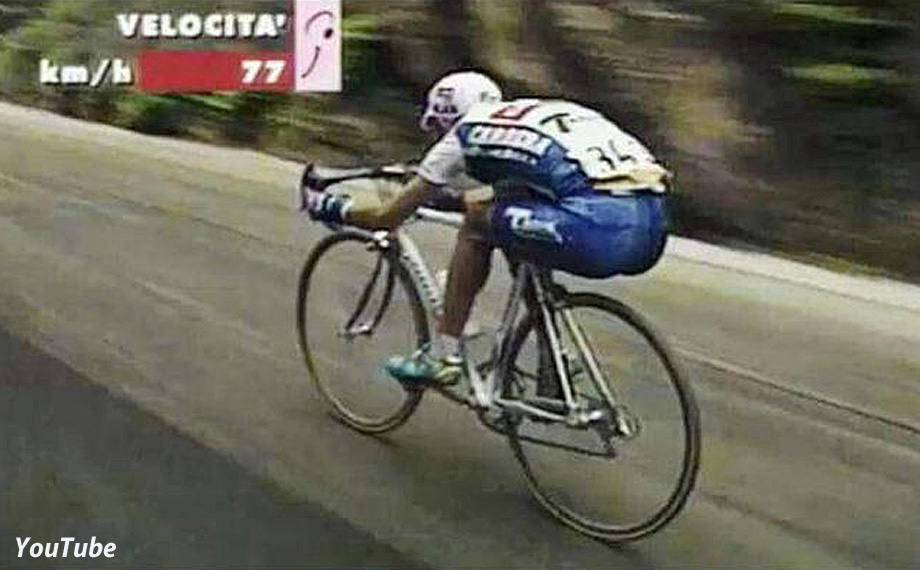 Slovenian rider Matej Mahoric was probably one of the first riders to adopt the top tube descending position, during his Junior (2012) and U23 (2013) Worlds win. Then it was his 2014 Cannondale teammate Peter Sagan taking it up, which exponentially amplified its popularity.

Another seminal moment was Chris Froome’s 2016 Tour Stage 8 win, where he attacked on the Peyresourde and then went into a “Froome” variation of top tube descending, with the centre of gravity far forward.

But unorthodox descending styles are nothing new. I well remember becoming a fan of cycling in the mid-1980s and watching the 86 Tour coverage, with Swiss rider Urs Zimmerman taking the opposite tack and descending with his chest on his saddle and his butt far behind the wheel.

I’ll wrap up this prelude with a big caveat. This article I’ll be describing is NOT about safety, but rather purely on aerodynamics. And like the article, I’m absolutely not suggesting prioritizing any aerodynamic benefits over safety.

Blocken 2018
I’ve become a big fan of the research of Bert Blocken from Eindhoven University of Technology in the Netherlands. Over the past few years, he’s done some brilliant wind tunnel testing and computational fluid dynamics (CFD) modelling in cycling. This includes studies of team time trial orientation (i.e., how to order rides of different sizes), peloton dynamics (i.e., where’s the most shelter in a pack), and even the effect of a following car on cycling aerodynamics and energy costs.

What I like about these studies is that they actually model airflow, rather than relying on a single variable such as frontal surface area.

A rider of 72 kg and 1.83 m was scanned as the reference cyclist and used for all wind tunnel testing and CFD modelling. The wind tunnel model was built to 1/4 size to optimize the wind tunnel flow. 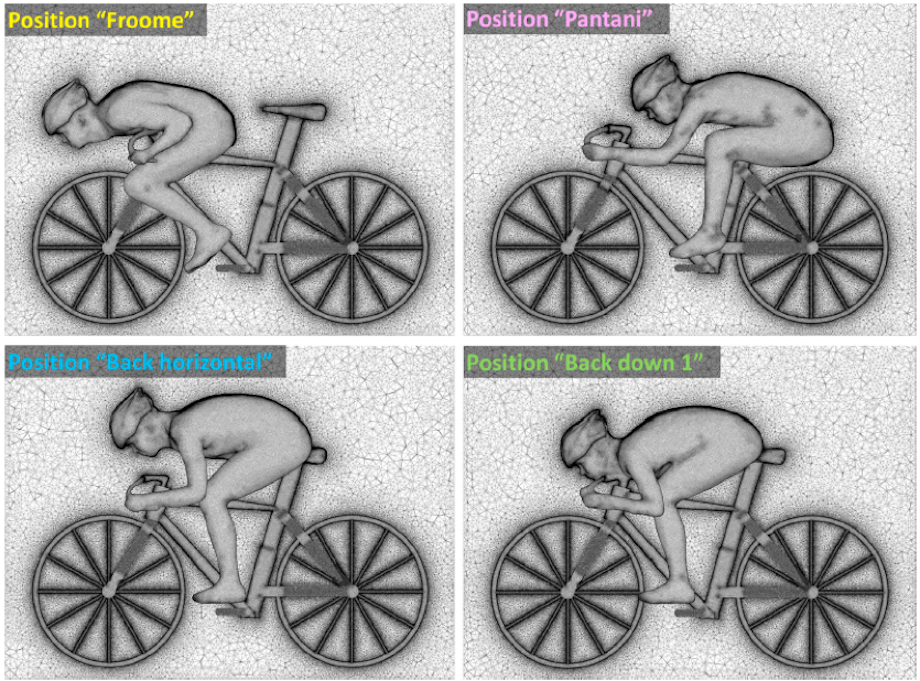 The reference bike was standardized and simplified (e.g., no chains, sprockets, gears and cables). The wheels were static. 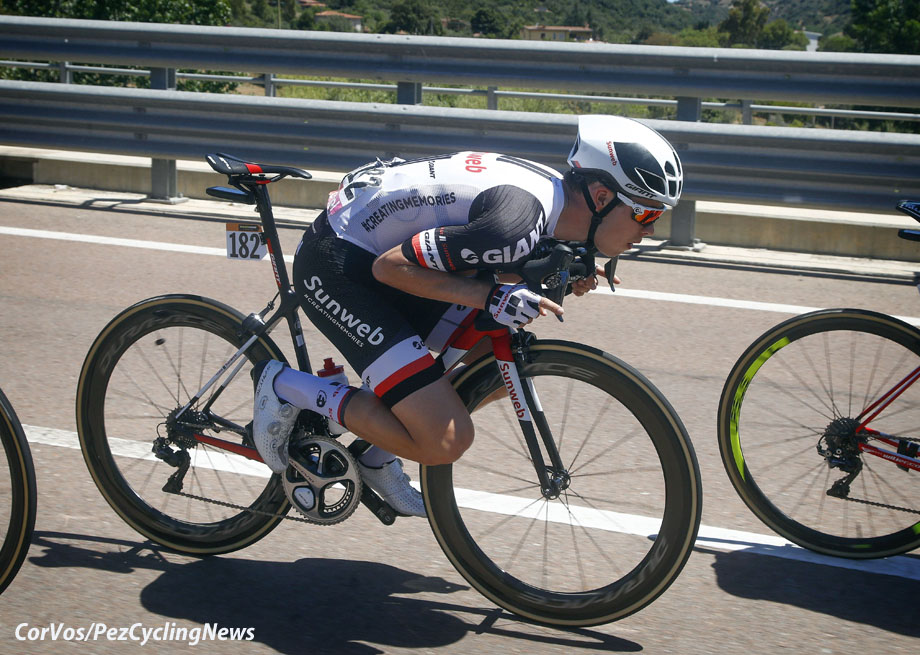 Getting low with Bauhaus

The interesting outcome from this first phase was that the Froome position was NOT the most aerodynamic. Indeed, it came in 3rd place behind the Pantani and the Back Down 1 position.

The second phase tested these 4 positions along with 8 other variations, over a 5 km course with 20 m/s air speed. Some notable ones included:

“Back Up”: standard riding position on the hoods.

“Back Down 2”: the common descending position with hands tucked in on the tops of the bars near the stem.

“Elbows”: what first started with Spinaci bar extensions, and now often used by pros with elbows resting on the tops.

“Top Tubes 1-4” different variations of tucks resting on the top tube and hands in the drops.

“Superman”: showing that even scientists have a sense of humour, they tested the stunt position of groin on the saddle and legs behind and horizontal to the ground. Definitely do NOT do this under any circumstances, and they wisely didn’t present the data. 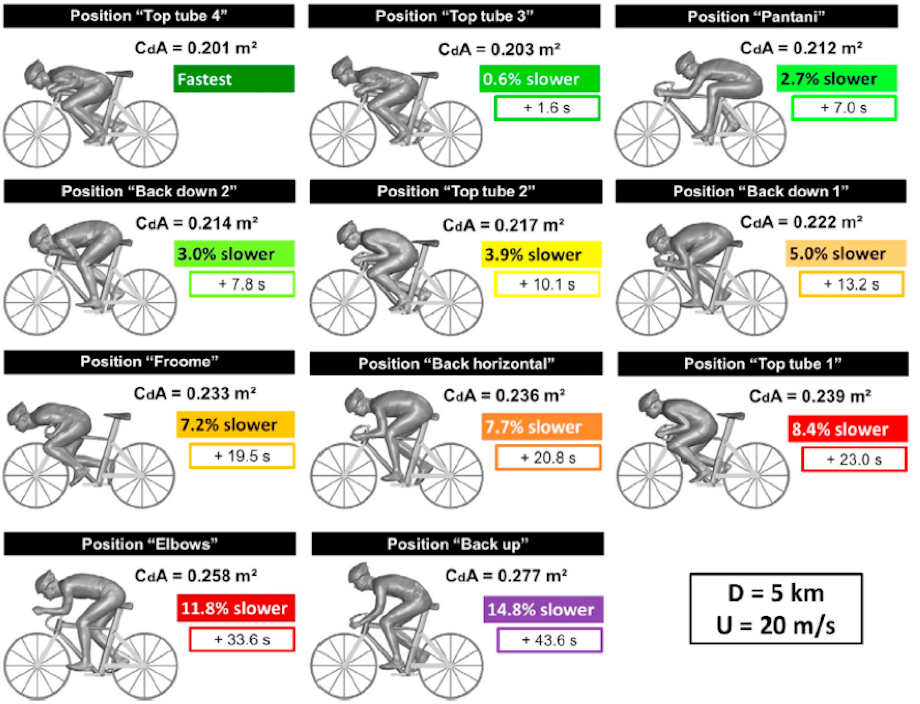 The end result was that Top Tube 4, with the body in a fairly relaxed position and far back on the top tube, was the fastest position. This was thus used as the reference. The other top tube positions with the weight fairly far back also performed very well, whereas the highly forward top tube positions were actually amongst the very worst aerodynamically.

Not surprisingly, the standard “Back Up” position fared by far the worse, at 14.8% penalty compared to the TT4.

In a testament to safety AND aerodynamics, however, the “Elbows” position was the 2nd worse overall, at 11.8% compared to 7.7% for “Back Horizontal.” So I would consider that two strong strikes against riders using this Elbows position. Rather, the Back Horizontal position seems much safer and faster.

If I had to guess, a “Hoods” position, with hands on the top of the hoods and back horizontal would be close to, or possibly slightly better than “Back Horizontal.” My guess is that the torso and legs would be roughly similar, but there would be less turbulence with the Hoods due to less of the forearm being exposed to the oncoming air. 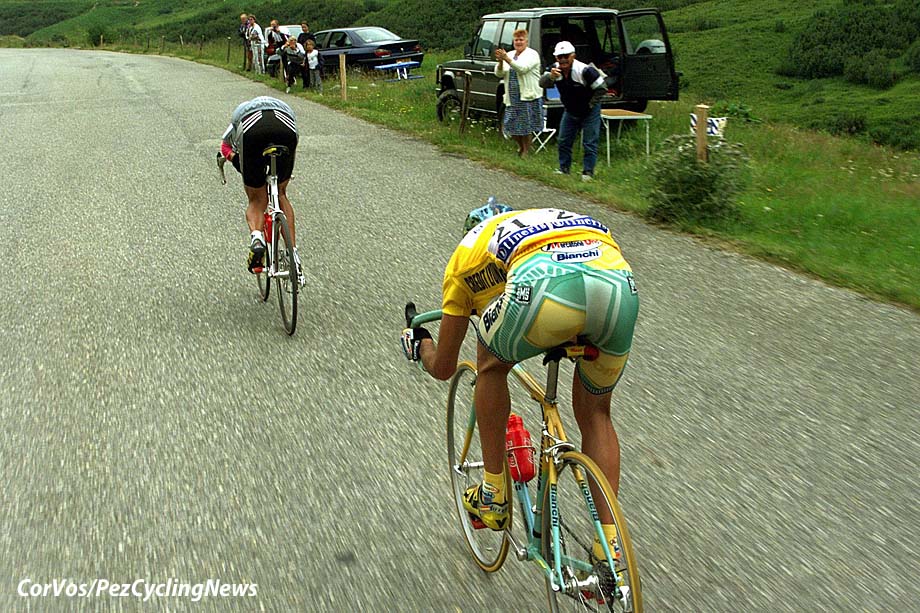 Summary
Again, I will end this article by reminding you that what’s fastest may not be the safest. I personally would never adopt any top tube position, and I’m glad that many events and club rides are banning it along with the Elbows position.

For descending, without resorting to a top tube position, getting the back down and hands on the tops was extremely fast, at only 3% penalty. For overall descending, this would arguably be the best position, with the body being centred over the bike and relatively easy to move to reach the brake levers or to initiate strong pedal strokes on less steep terrain or out of corners. As noted by the authors, abrupt changes in position (e.g., in and out of top tube) would likely severely alter aerodynamic flow.

For normal riding, there is a massive aerodynamic benefit to adopting the “Back Horizontal” position over a traditional “Back Up” position. This really speaks to the need to improve core strength and flexibility to enable staying in the drops (or back flat and hands on the hoods) for a sustained time.

Ride fast, BE SAFE, and have fun!

Ed’s Rant: Things I Never Thought I Would See – And Things I’d Still Like to See