And just like that, the use of ketones in Pro cycling made the headlines again after Tom Dumoulin announced he was quitting the Movement for Credible Cycling (MPCC), mainly due to MPCC’s objection regarding the use of ketones, since Jumbo-Visma have been open in acknowledging their use. But do ketones actually improve performance? A timely new research provides some novel insights. 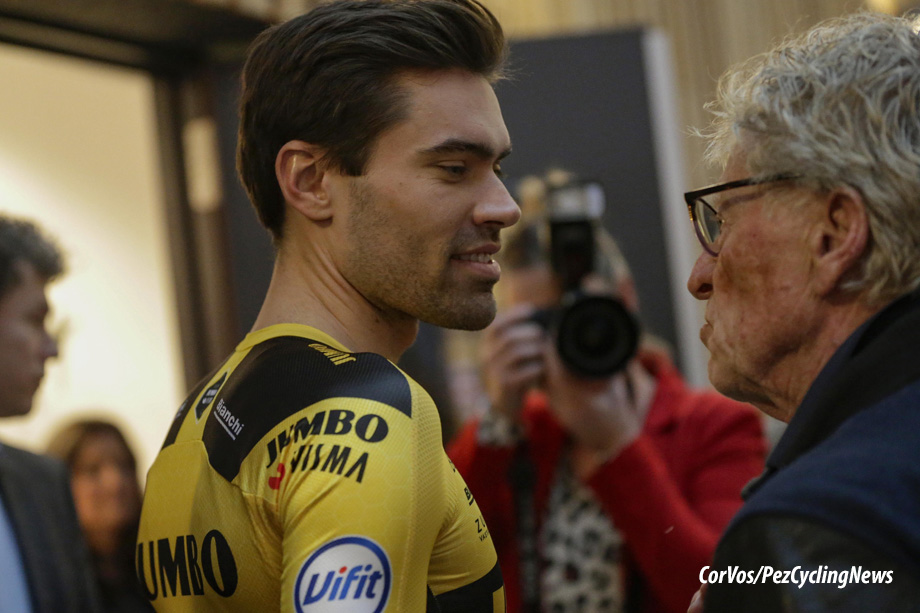 Tom Dumoulin: “They (MPCC) came up with the story of how dangerous the use of ketones is. I thought that was a very hypocritical attitude. In addition, our team uses ketones, so it is a bit hypocritical for me to be a member of the MPCC.”

For all those interested, I’ve dedicated one episode of Fuel The Pedal Podcast to this topic with Dr. Mark Evans, who’s dedicated his PhD research to the effects of exogenous ketones in exercise physiology. You can listen it here:

In the last couple of years, ketogenic diet (KD) has skyrocketed in popularity with their advocates claiming benefits that go beyond fat loss and appetite control and it’s not hard to find random blog articles with claims that athletes in ketosis, especially the ones who reach the so-called “fat adaptation” state (whatever that means), can perform better in endurance events such as running, triathlon or even cycling.

But while we nutritionists recognize that a low-carb high-fat diet could be a valid tool for very particular periods of the training season in athletes, we certainly do not share the same fanatic posture of this kind of approach being the one ring to rule them all, or that it is the “future of elite endurance sport” as often claimed.

For this reason, before diving straight into the use of exogenous ketones, it may be important to provide a context on the of KD metabolism and the evidence for their use in athletes.

A KD is characterized by low-carbohydrate (<20–50 g/d), moderate protein and high-fat (>75–80% energy) intakes. Due to relative glucose deprivation attributing from greater carbohydrate restriction, a KD increases the production of ketone bodies, namely, acetone, acetoacetate (AcAc) and beta-hydroxybutyrate (βHB). When levels of βHB range between 0.5–3.0 mM, could indicate a state of “nutritional ketosis”.  During this state, ketones bodies replace glucose as the primary fuel source for peripheral tissues, such as the brain and heart.

Research in the past years has been particularly active, with several research groups around the world dedicating their time to study the impact of dietary ketosis on exercise. An overview has been recently published by Dr. Louise Burke:

Competitive success is awarded to athletes who sustain the highest power outputs/speeds for the duration of their event. 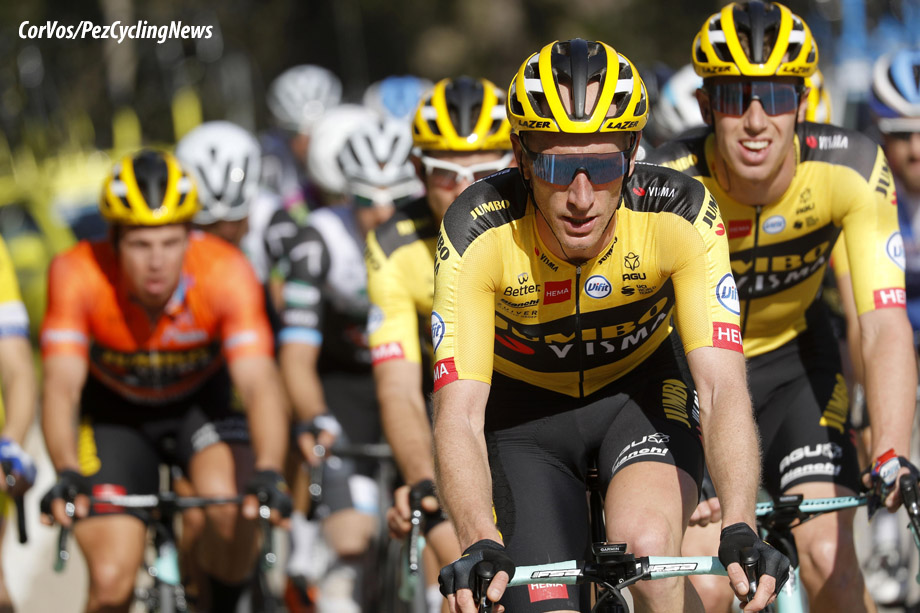 What are exogenous ketones and why are they so popular?

As we’ve mentioned, nutritional ketosis is achieved by following a high-fat, low-carbohydrate “ketogenic” diet, but not only adherence to such diets can be difficult, the context of a typical multi-stage race in cycling demands that a high-CHO diet is followed at all times. This is where exogenous ketones come into the mix. An alternative way to increase blood βHB concentrations is through ketone drink ingestion which allows for blood ketone levels to increase while following a high-CHO diet.

One of the main proposed benefits of exogenous ketones is a “glycogen sparing” mechanism that will confer an advantage during periods of competition that are high intensity in nature and carbohydrate dependent. But questions still remain whether their use results in a “glycogen sparing” or “glycogen impairing” effect during exercise.

Research on exogenous ketones and performance

Before jumping into any conclusions, we need to consider 3 things when looking at this type of research:

Research so far has shown mixed results with most research showing no change in performance (here, here and here) or a performance impairment (here and here). The only study so far showing a benefit in performance was seen in cyclists using a ketone ester drink, after overnight fasting which doesn’t simulate the true context of cycling a race. It may be important to note that some of the studies where there was no performance benefit or where there was a decrement in performance (such as this one w/ cyclists), subjects normally don’t reach blood βHB levels high enough, or subjects reporting feeling gut discomfort which can be a distraction to performance and is more likely to happen with ketone salt formulas.

Ketone bodies appear to have an anti-catabolic effect, which has been shown is much older research, attenuating leucine oxidation, and increasing muscle protein synthesis by 10% when βHB is elevated to ~2.0 mM.

What is interesting to see is when a mix of carbohydrate and protein (1g/kg and 0.3g/kg, respectively) is provided alongside with 0.5 mg/kg pf body of βHB ketone monoester during a 5h recovery period from a glycogen depleting protocol, we can see higher mTORC1 activation via downstream signalling compared to a placebo drink which could theoretically initiate the metabolic processes for muscle recovery (although without affecting muscle glycogen resynthesis). This preliminary research by Peter Hespels’ group from Leuven University was extremely important in starting to simulate real competitive scenarios when studying the use of exogenous ketones.

A new research with a more realistic race-like scenario was in fact needed. They took 12 highly-trained, male cyclists and triathletes did 2 exercise trials both consisting of 3h intermittent cycling exercise, plus a 15 min time trial with a sprint. Similarly to the previous study, both trials consumed a carbohydrate-rich dinner and breakfast plus 60g/h of carbohydrate, which realistically mimics a racing day nutrition strategy. One of the groups received a ketone ester supplement or a control drink.

As shown in figure 1, The ketone esters were ingested 60 min before, 20 min before and after 30 min during exercise (25g, 20g and 20g respectively). Muscle biopsies were performed before and during the trial to measure muscle glycogen. Performance was then measured through the time trial and the sprint.

In the ketone trial, blood ßHB increased to peak level within 30 min, causing a stable physiological ketosis of ~2- 3 mM during the initial 2 hours of the intermittent cycling exercise.

As a result, there was no difference in performance (TT or sprint) nor in muscle glycogen breakdown nor in intramuscular triglycerides. Interestingly, higher levels of ßHB in the ketone ester group were associated with a faster glycogen breakdown during the 3h. Therefore, this highly realistic work didn’t provide support for the theory that glycogen is spared during cycling race-like scenarios when carbohydrate is consumed during exercise and at higher intensities. But neither was shown that performance was impaired through glycolysis inhibition.

But… Metabolic acidosis and buffering capacity

One interesting observation the authors made was that the Ketone ester group experienced a transient metabolic acidosis, that although it didn’t seem to influence performance in this trial, may result in reduced extracellular buffering capacity in the approach of the final stage of the race or eventually in moments where riders should respond to multiple attacks.

Taking all the evidence so far, oral provision of exogenous ketones during endurance exercise does not appear to have a benefit for performance or in sparing glycogen. This is not, however a nail in the coffin in the potential for exogenous ketones to be used in sports. There are still potential applications of exogenous ketones worth considering in regard to increasing training adaptations, supporting cognitive function and improving recovery, but not performance. Additionally, the current price of the supplement ($99 for a day’s worth of product – 3 bottles) makes it unaffordable from a cost-benefit perspective. The following years are going to be crucial to provide the answers we still need.

I’d leave a final message for all the people blindly defending ketones diets as the panacea for everything:

“even after almost a century, we are still making discoveries on carbohydrate and protein metabolism, so I’d encourage people to refrain from making presumptuous claims either for or against exogenous ketones (or keto dieting) until we have more research available. Feeding your ego on social media doesn’t benefit anyone… Not even yourself ” 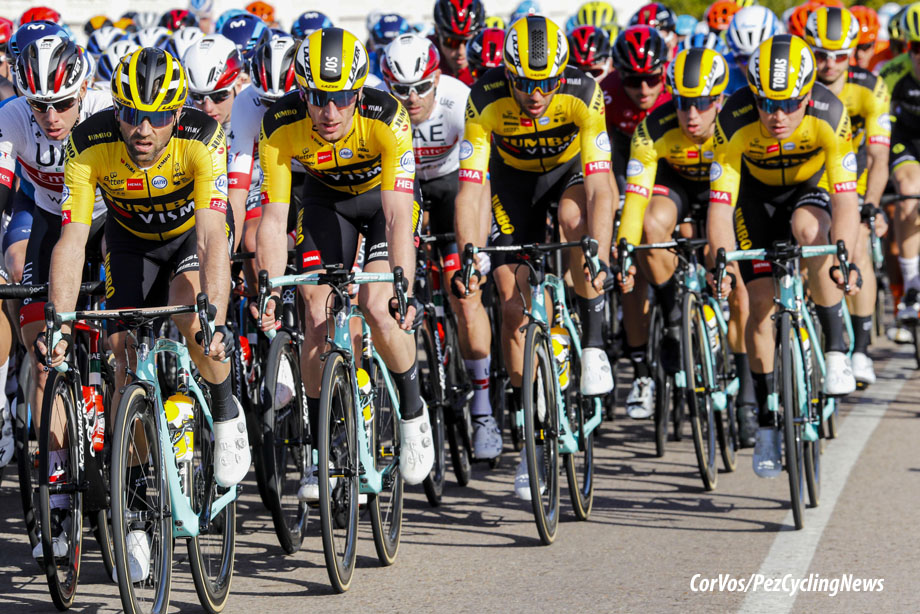 The Jumbo-Visma team – Happy with ketones