The Eyes Have It: How What You See Affects Your Performance

One of the most intriguing questions in exercise science is just what is it about training and fitness that improves physical capacity and performance. Is it strictly physiological, or are there psychological or motor learning aspects to training? 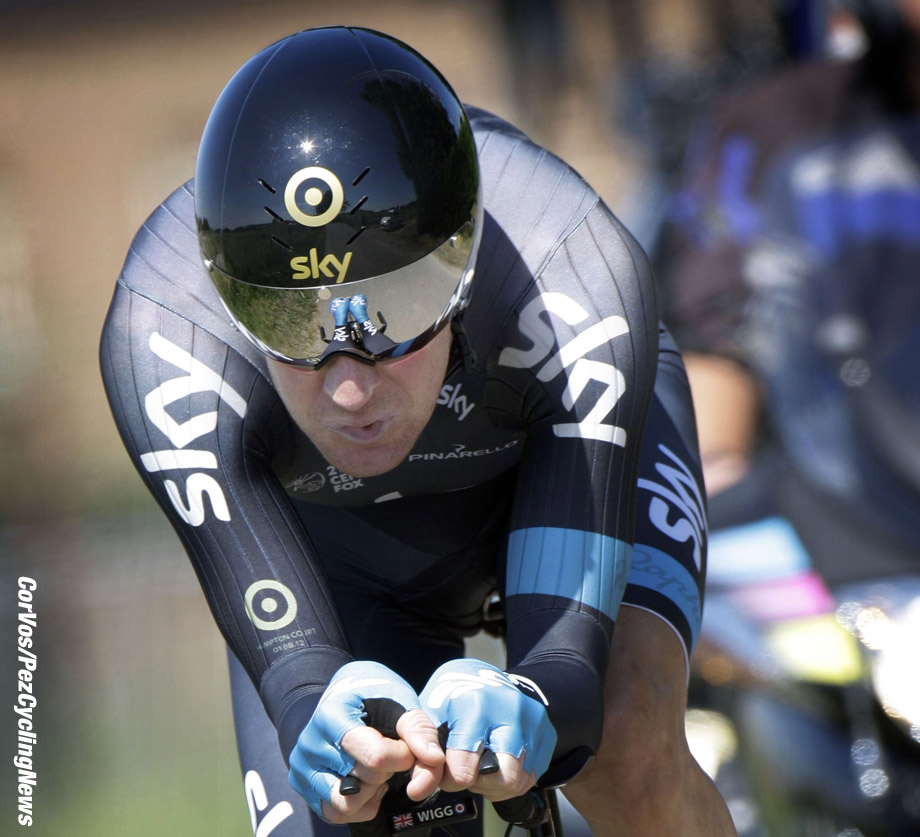 Some of these differences are certainly obvious. Training absolutely will alter and improve your physiology in many ways. These include cellular changes such as a higher volume or number of mitochondria, greater capillary development within the muscles, a stronger heart, etc. all of these contribute to a higher maximal aerobic capacity.

I can go on endlessly with other changes throughout the body. For example, a paper from my PhD work that has been very heavily cited demonstrated that individuals with higher aerobic fitness were able to last longer during a set exercise in the heat, and specifically that much of the difference lies in the fitter athletes being able to voluntarily tolerate a much higher core temperature before quitting (Cheung and McLellan 1998).

Physiological or Something Else?
However, as the exercise science world is understanding more and more, much of what affects performance in athletes is also psychological. That same article of mine raised a question that helped jumpstart an interesting field of research. Was that improved heat and exercise tolerance because of the fitter individual’s physiology, or was it because their training taught them how to deal with greater levels of discomfort?

In another neat study, Paulus et al. (2012) compared recreationally active individuals versus elite multi-day adventure racers’ MRI response to a sudden and highly aversive breathing restriction maneuver, and found a much lower response in the brain to this challenge in the adventure racers. This adds to the growing literature that there is a strong mental component to training.

Boya et al. 2017
In the September 2017 issue of Med Sci Sports Exerc, Boya et al. (2017) studied the question of fitness from a slightly different perspective – that of information acquisition & processing. Specifically, what information are trained cyclists gathering during a 16.1 km time trial, when are they gathering it, and is it different from non-cyclists?

• 10 experienced cyclists recruited from local cycling clubs, training on average 8.5 h/wk. Novice cyclists were university staff and students with no specific cycling history and about 4.6 h/wk of general sports.

• 16.1 km time trial (a familiarization one was done too), chosen because of it being a popular and common distance. Data was analyzed for 4 km intervals. All testing was done with a Velotron.

• A head-mounted monocular eye-tracking system was used to see where participants were focusing their eyes throughout the TT. This system records both the eye position and the scene the cyclist was viewing.

• Racermate’s RealVideo simulation software was projected on a wall a set distance away. Importantly, they offset this projection slightly to the right, so that the cyclists had to make a conscious neck rotation to see the image rather than just their natural gaze.

• Five fields of real-time feedback information were provided from left to right: 1) Speed (km/h), 2) Elapsed distance (km), 3) Power output (W), 4) Cadence (rpm), and 5) HR (bpm). The size of each field and the character fonts were standardized.

• Additional to these 5 fields, data was analyzed for elapsed time, video simulation, and other. 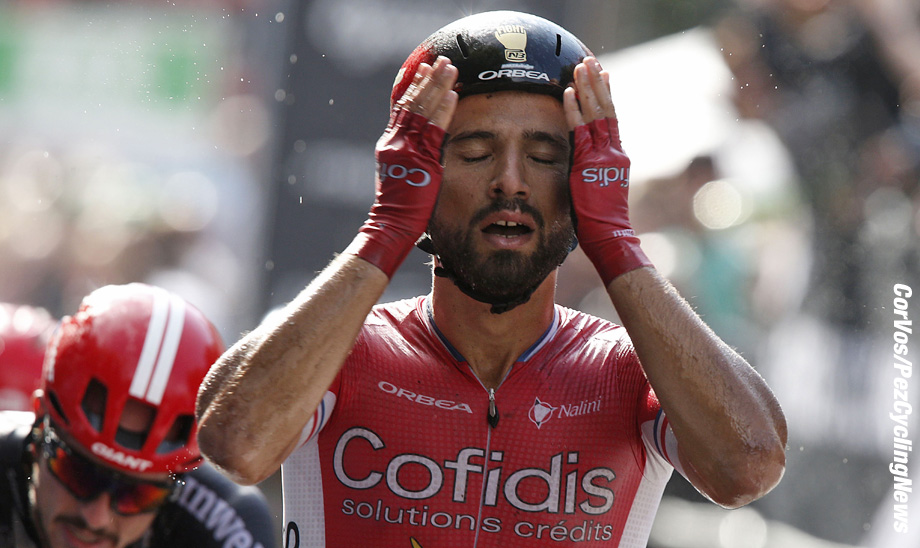 The Eye Test
Not surprisingly, the trained cyclists had a much better performance in the TT, with higher power outputs and therefore better TT times. The pacing strategy was different, with the trained cyclists demonstrating a classic “J-shaped” pacing with a fast first 4 km, slower middle intervals, and a final end-burst. The non-cyclists had pretty even first three intervals, with an end-burst in the final interval.

That’s all expected, but let’s look at the novel eye-tracking data:

• Comparing the two groups, the Cyclists spent much more time (~35%) looking at their primary field than the Non-Cyclists (~25%).

Gaze Frequency
• Gaze frequency was very high in both groups for their primary fields, in the range of 200-300 gazes during the 16 km TT. No differences between groups were reported.

Changes Over TT?
• During each of the 0-4 km, 4-8 km, and 8-12 km intervals, Cyclists had a greater dominance to their primary field than the Non-Cyclists.

• Over the final 12-16 km interval, the relative dominance of the primary field was similar (~60%) for both the Cyclists and Non-Cyclists.

• Experienced cyclists seemed to look at fewer pieces of information, and looked at them less frequently and for longer.

• Experienced cyclists seemed to maintain similar information gathering over the course of the TT, whereas inexperienced ones seemed to change near the end of the TT.

Seeing the Future
I found this to be a novel and interesting study, one of those I kick myself for not thinking of doing it first. Most studies in our field blind participants to feedback such as distance, time, and power output. We do this to avoid participants “knowing” what they’re doing and avoid their possibly pre-setting a performance template (i.e., I know I’m almost through a TT, and so I know I can increase the pace).

In contrast, this study is new because it takes the opposite approach, and deliberately seeks to find out what information is important to trained and novice cyclists, and how that might change over the course of a time trial.

I can’t conclude this study without a warning. This was done in the lab on a stationary bike. Out on the road, keep your eyes up and alert! 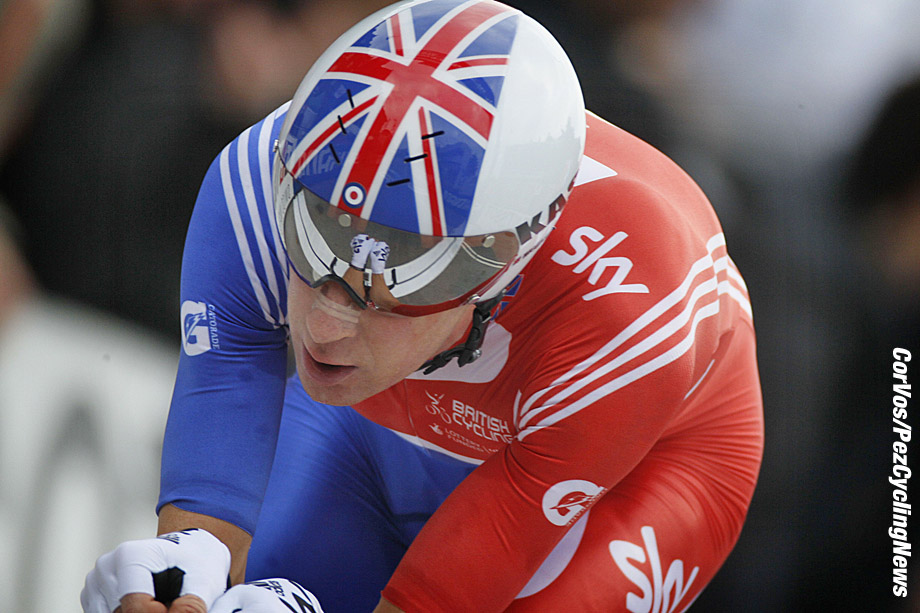 VENTURA: Pez Goes Beyond the Fires