TOOLBOX: Cycling is lauded as a sport of suffering and who can put up with the most pain. Is this pain tolerance trainable? And if so, are some types of training better than others at increasing pain tolerance?

The classic statement about training and cycling has been attributed to Greg LeMond, “It still hurts the same – you just go faster.” 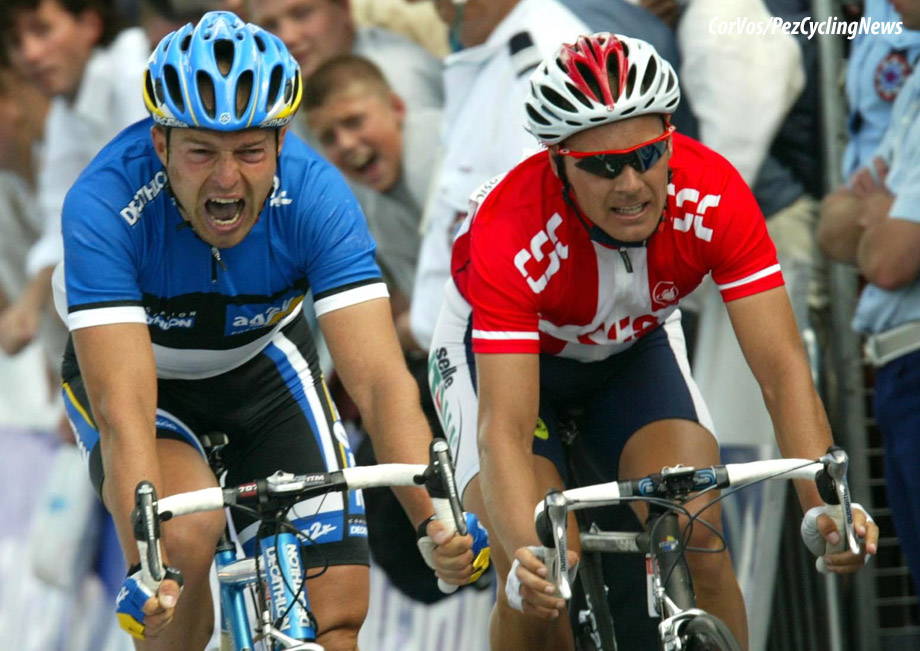 This sentiment also quite nicely sums up current models of exercise and fatigue that says that fatigue is an emotion, and that our willingness to keep pushing hard is a constant equilibrium between how hard an effort feels versus our motivation and willingness to tolerate that discomfort.

In 2002, a study from my PhD lab provided interesting support that aerobically fit individuals can perceptually dampen their sensations of discomfort compared to non-fit individuals (Tikuisis et al. 2002). In this study on sustained walking in the heat while wearing chemical warfare clothing, both groups experienced the same level of physiological strain, but the fit group had a much lower perceptual response to that discomfort.

In my two major injuries (one cycling and one climbing), I’ve managed to rehabilitate fully and ahead of typical schedule, and people always attribute it to my being fit, with the implication that it’s my being physically fit. I feel that it’s more attributed to my pain tolerance from years of training. Namely, while the typical patient senses discomfort and stops because that’s “pain,” I think athletes know the difference and will push themselves well beyond discomfort and to the edge of actual pain, thus accelerating the rehab process.

O’Leary et al. 2017
If pain tolerance is a hallmark of top performance, then are there ways to improve pain tolerance with specific workouts? Is that a hidden additional benefit from hard intervals?

This was the question studied by a collaboration between Oxford Brookes U and U Coventry in the UK (O’Leary et al. 2017) in the European Journal of Applied Physiology. Specifically, they compared HIIT (High Intensity Interval Training) with a matched volume of moderate intensity training, then compared the groups to a test of sustained handgrip exercise with an inflated blood pressure cuff as a measure of pain tolerance. 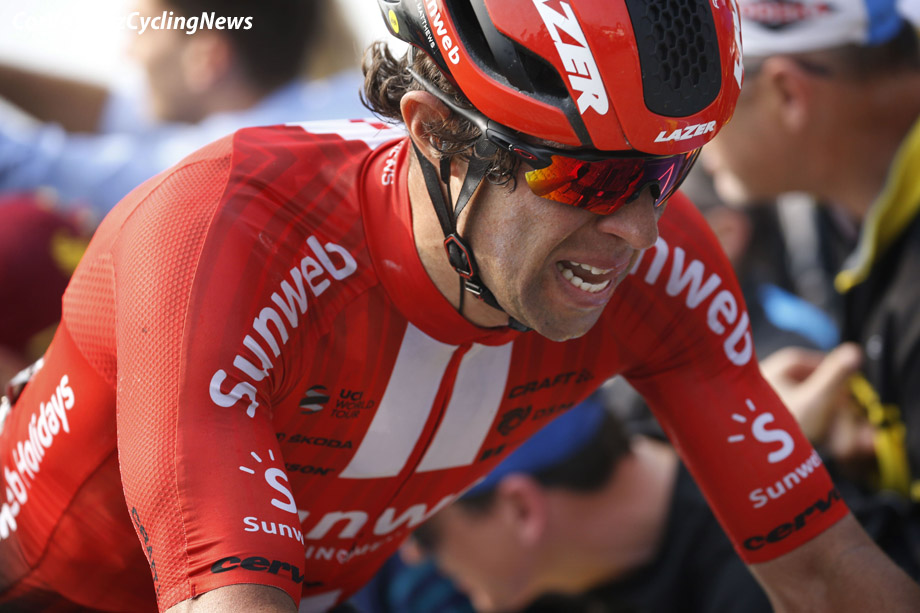 Here was the experimental setup:

• Twenty non-endurance trained participants were separated into a HIIT and control (CON) group (8 males and 2 females per group). Training was 6 weeks for each group.

• Initial baseline test included the pain tolerance test, testing for different fitness parameters (lactate threshold or LT, VO2max), and an initial ride to exhaustion at an intensity halfway between LT and VO2max (50%TTE).

• Control training was also 6 weeks of 3 workouts, riding at 90% of LT. Total volume of work in kilojoules was matched between the two groups.

• The pain tolerance test consisted of a blood pressure cuff inflated to 200 mmHg on the right arm. Handgrip contractions at 30% max force were performed on a 4 s on, 4 s off cycle until voluntary exhaustion. One purpose of testing the arm was to test a limb that theoretically shouldn’t have been fatigued or trained from the cycling training itself.

What were the main findings?

• Both groups had similar baseline values and also improvement in all fitness measures (LT, VO2max, power at 50%TTE, etc.) after six weeks of training. Pain tolerance data at baseline were also similar across groups.

• There were significant changes in response to the high intensity TTE ride between the two groups. The CON group had a 48% improvement after six weeks when tested at the same baseline (absolute) intensity, but no change when the TTE was done at the consistent relative intensity.

• In contrast, the HIIT group greatly improved their TTE at both absolute (148%) and relative (43%) intensities. This suggests that the HIIT tuned down the discomfort cues at each of these workloads.

• With forearm grip, maximal force did not change with training in either group. However, pain tolerance time during the handgrip test improved 39% with HIIT, but a non-significant 4% in the Control group. 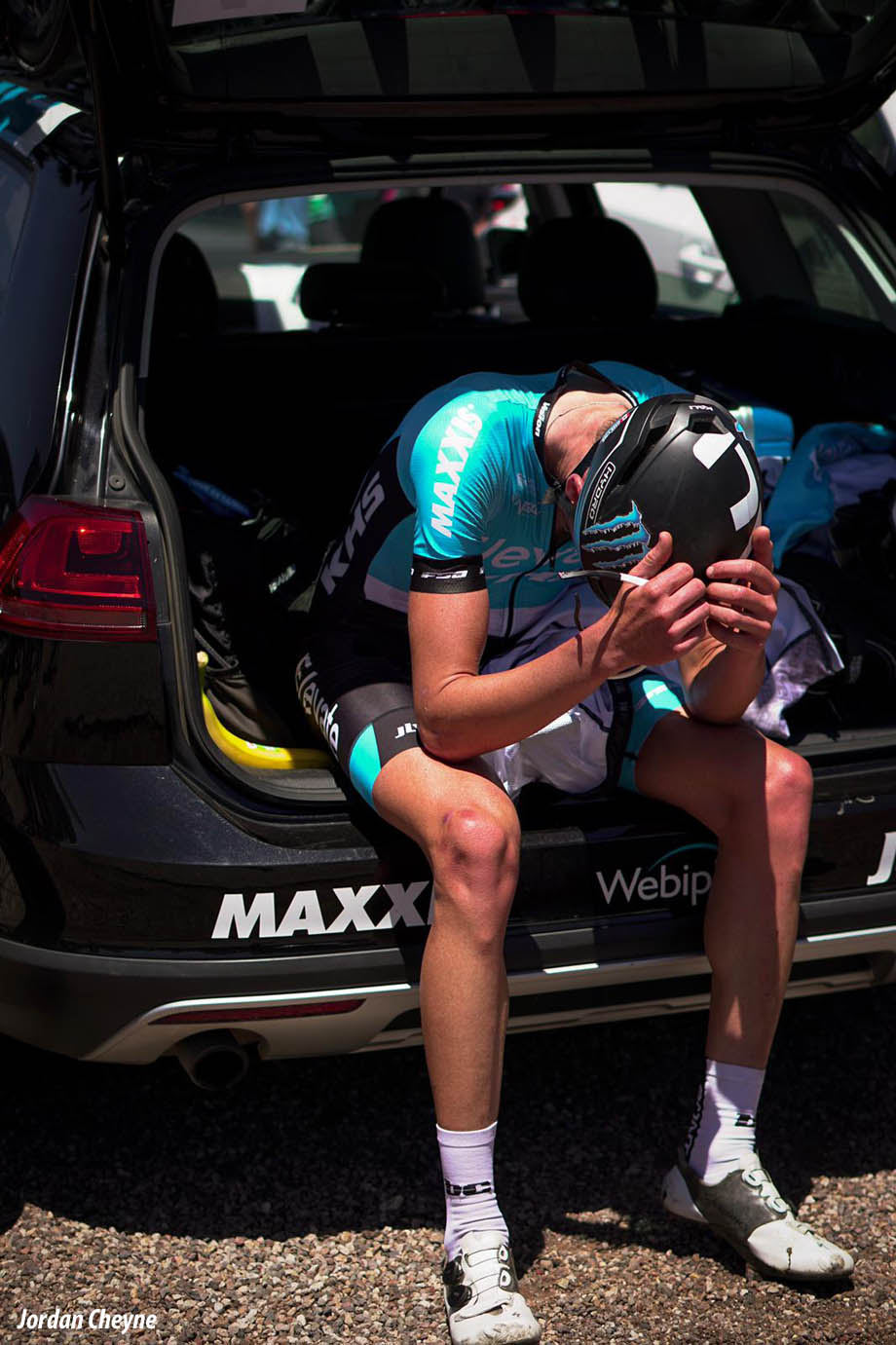 Train Your Brain to Pain
This study provides interesting evidence to one of my long-held hunches, namely cycling is a sport about suffering, and that performance IS about how much discomfort or pain you are able to tolerate.

There is, of course, no question that physiological improvements from training are essential, and that there are multiple ways to achieve those benefits. This study suggests that both HIIT and moderate training can provide similar physiological gains within the same timeframe.

However, for performance, it DOES seem that another important component is training your brain to the sensations of discomfort, and teaching it to turn the volume of those signals down. From this study, it seems that high intensity efforts have a greater capacity to train discomfort tolerance than moderate training.

So no matter whether you ride for fun or to compete, embrace the challenge of hard efforts for both the physical and mental benefits!

Stephen Cheung is a Professor at Brock University, and has published over 120 scientific articles and book chapters dealing with the effects of thermal and hypoxic stress on human physiology and performance. He was recently included in a list of the 100,000 most-cited scientists internationally across all fields of research. Stephen’s book “Cycling Science” with Dr. Mikel Zabala from the Movistar Pro Cycling Team has just hit the bookshelves this summer, following up Cutting-Edge Cycling written with Hunter Allen.