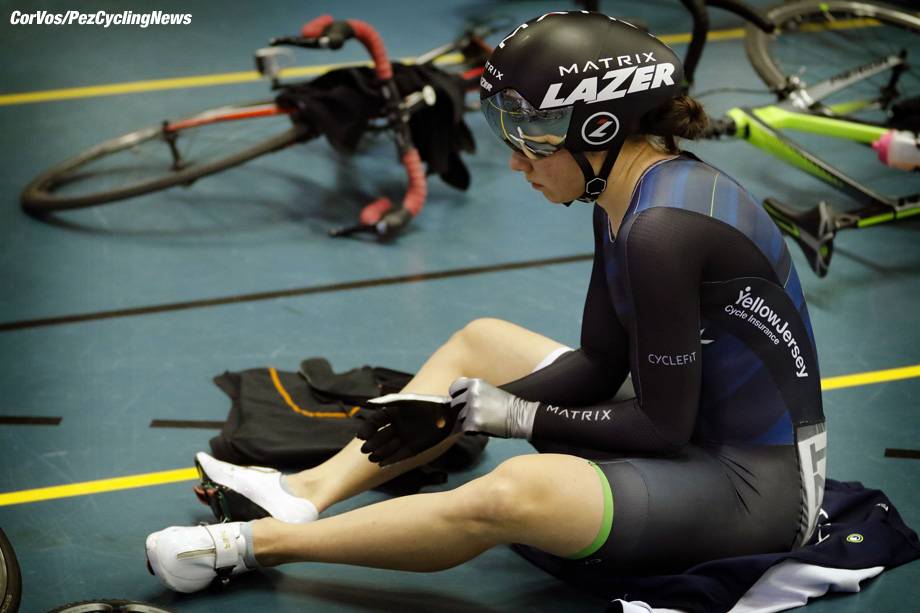 In my last two articles, we discussed a Belgian/Australian collaboration using non-invasive imaging techniques to determine the relative muscle fibre typology of world-class cyclists across disciplines (Lievens et al. 2020a). We saw that BMX and track sprinters were at one end of the spectrum with high proportions of fast-twitch muscles. Road climbers were at the opposite end with high slow-twitch composition.

We moved from there to how muscle fibre typology might actually lead to different responses to an acute, high-intensity interval training (HIIT) session (Lievens et al. 2020b). There, we saw that cyclists with higher proportion of fast-twitch muscle fibres had much greater decrements in functional capacity following a hard session of 3 Wingate sprints. This lasted through the entire 5 hours post-training that was studied. In contrast, those with a greater proportion of slow-twitch fibres had minimal decrement in capacity after the same workout despite a similar workload during the intervals. 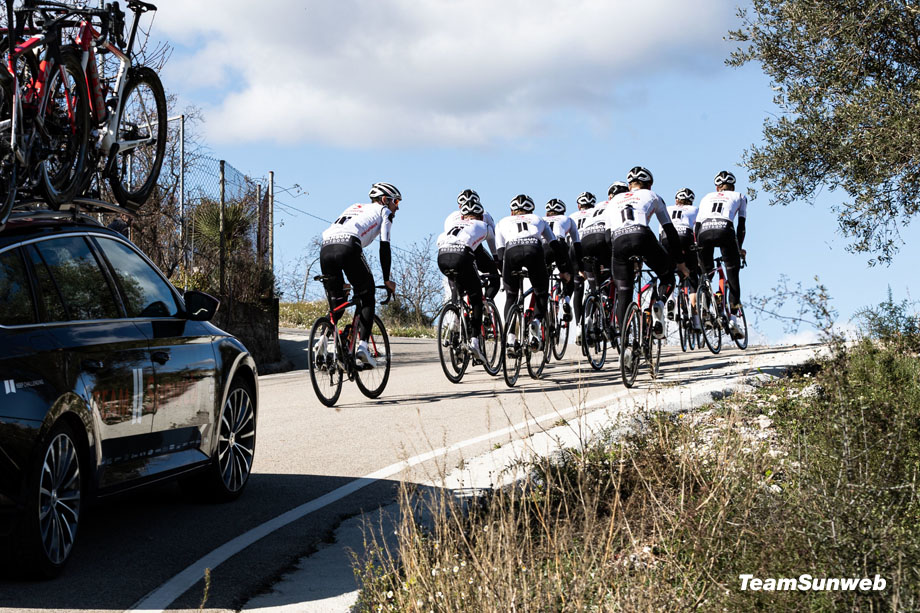 Too much training for your muscle-fibre typology

This second study suggests that not just the training, but the amount of recovery, is highly dependent on individual characteristics and require careful individualization. But what about response to training volume? Might muscle-fibre typology influence the risk for functional over-reaching after a big training block?

The above studies were a collaboration between Belgian and Australian researchers. The Aussies tackled this third question with a study on trained middle-distance runners by hitting them with a big overload of training volume, and tracking their responses and performances before and after (Bellinger et al. 2020):

24 highly trained male (VO2peak = 73.3 mL/kg/min) and female (VO2peak = 63.2 mL/kg/min) middle distance runners participated. They were 800 m and 1500 m specialists for at least two years without any injuries for the past three months.

Over seven weeks, the first three weeks were normal training followed by one week each of 10, 20, 30% greater volume than normal, then one week of tapering (55% decrease from the previous week of high volume). Remember that this is on runners with higher impact loads compared to the relatively non-impact load on cyclists, such that this increase in volume is really extreme.

The pre/post testing was mainly to determine whether the athletes responded neutrally to the training load (acutely fatigued but no performance impairment) or were overreached.

Of the 24 runners, exactly half of them (12) were categorized as overreached, defined as a significant decrease in time to exhaustion during the submaximal treadmill run.

The remaining 12 runners were certainly acutely fatigued by the increased training load, but still responded with similar performance (time to exhaustion) during the submaximal treadmill run.

Interestingly, the overreached group did not demonstrate changes in blood values, resting metabolic rate, or in physiological responses to the submaximal effort. This fits with most of the consensus on overreaching and overtraining, in that it is very difficult to find a single physiological marker. Rather, it seems that a significant and systematic decrease in performance forms one of the main diagnostic symptoms. 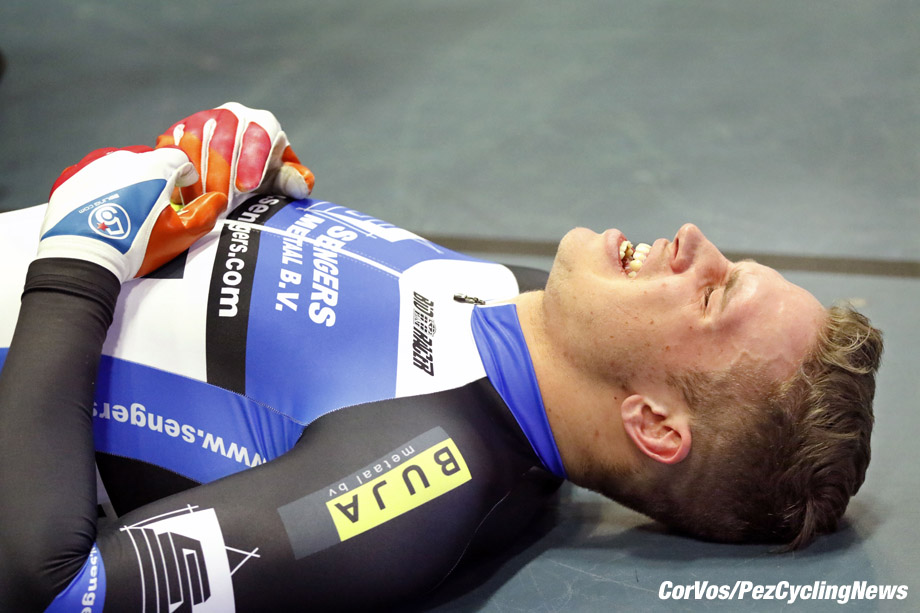 Overall, it’s not overly interesting or novel that a big training volume increase in hard, and a significant proportion doesn’t respond well. The big novelty is when muscle fibre typology was factored in. The overreached group had significantly higher estimated proportion of fast-twitch fibres than the neutral group.

Furthermore, there was a strong correlation between fast-twitch percentage (remember, this was measured indirectly as carnosine content in the calf muscle) and decrement in time to exhaustion compared to baseline. This was true for both immediately following the 3 weeks of high volume, and also for after the week of tapering.

The main takeaway from this study is that your muscle fibre makeup can play a major role in your response to long-term training. Beyond just an individual workout, these data suggest that those with a high proportion of fast-twitch fibres may have to be especially careful to avoid huge ramps in training volume. Rather, they need to focus on carefully and gradually ramping up the volume of training.

A huge caveat is that this study could be a case of “correlation does not equal causation.” It does NOT directly prove the relationship, just suggests a relationship.

Barring access to indirect or direct muscle fibre typing, how do you determine your athlete type? One way is using software like Xert, which determines your fitness signature based on Peak Power (PP) and High Intensity Energy (HIE) along with Threshold Power (TP). If you have a very high PP (1 s power) or HIE (analogous to anaerobic work capacity), then it is likely that you have a relatively high proportion of FT muscle.

Other software can give you similar insights to your capabilities and from there your likely rough bracket of muscle type. Barring software, if you’re an experienced rider and racer, you likely know what style of racing you prefer or tend to do better at, and the infographic from the first article in this series can again put you into your likely muscle type bucket. 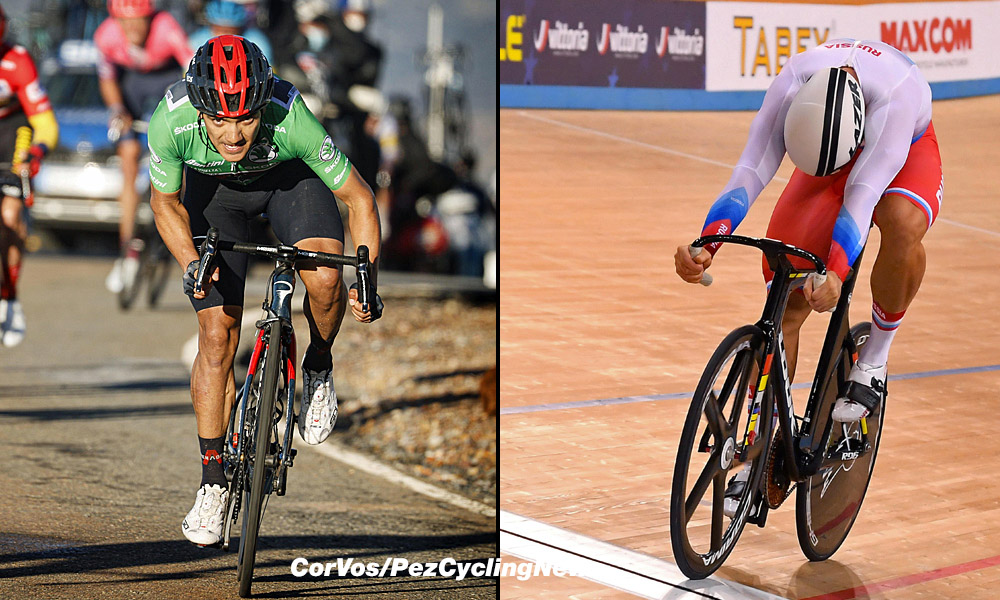 Sagan and Geoghegan Hart Talk Giro and The Future!