Menachem Brodie wrote an article about switching up strength training now that cycling season is in full swing and exercise restrictions are easing. I thought it would be a fine time to lay out one of my favourite on-bike strength and agility workouts. 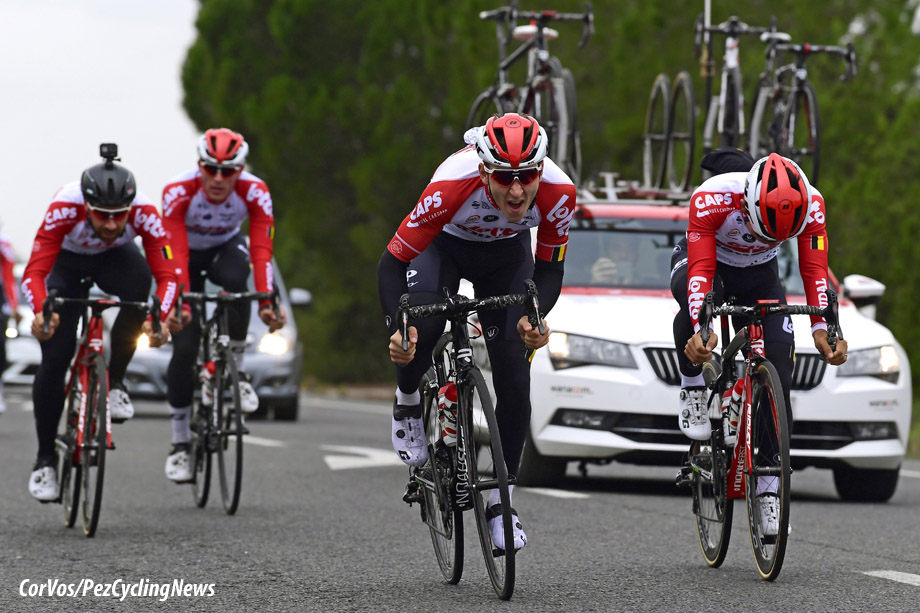 Into the Gym After Three Decades

Despite being heavily into cycling since 1985, I have been the stereotype endurance athlete and have avoided off-bike and resistance training all these years with as much dedication as I’m currently putting into avoiding the coronavirus. However, after my rock climbing accident in May 2019, resulting in breaking and dislocating my right foot, I had no choice but to lean heavily into off-bike training for rehabilitation.

Physiotherapy itself involved lots of range of motion, mobility, and balance exercises for the injured foot. As that rehab progressed, I was also fortunate to get the chance to work one-on-one with Steve Lidstone, Brock University’s varsity strength & training coach. Together, we spent November through January working on late stage rehab to ensure my legs were balanced in strength, along with building up core and upper body strength for climbing.

With the completion of rehab in late January, Steve and I transitioned to a more traditional cycling-focused strength program, and I’ve been doing core and strength work 3x/week since. I have to say that I’ve quite enjoyed the process overall. Before the pandemic lockdown, I definitely saw the benefits in my bouldering and climbing progression, breaking through a plateau and sending harder grades and routes consistently.

But Does it Help Cycling?

With the lockdown and the removal of goal events, along with the cold and lousy spring weather this year in Ontario, I’ve not bothered with many high-intensity rides. But it’s finally warmed up the past week, leaving me frisky to break out one of my favourite workouts that should also nicely transition the weight work done over the past six months to actual on-bike performance.

I call the workout Small Gear Sprints & Stomps and it’s an amalgamation of two different drills. I personally like putting the two together into the same workout because I find them highly complementary.

When most of us think of sprint training, we generally think of replicating a race sprint. That is, wind up a big gear from a high speed just like we see at the end of sprint stages. That is indeed the end result we want to target, but this workout breaks things down into the constituent requirements.

These sprints target acceleration, leg speed, and technique. Get in the small chainring and a middle cog, like the 15.

Roll to a near standstill, as in almost a trackstand. Get your left or right foot in the power position (roughly 2 o’clock position) and sit down ready to pounce.

Pick out a landmark ~100 m away. On GO, stand up and accelerate, GO GO GO! Spin up as rapidly as you can, shifting up twice while standing the whole way. You want to spin out, shift, spin out, shift, and spin out again within this 100 m stretch. You should be hitting 120-130 rpm at least, all while standing.

This workout emphasizes the technique of sprinting. You need to learn to put your body weight low and far forward by having your chest over your bars. Too far forward and your rear wheel will skip. Too far back and you can’t extend your legs for full power. Where you hold your hands in the drops determine this weight balance, so experiment.

Many beginners hold the drops with their wrists neutral and in line with their shoulders. However, this blocks your ability to throw the bike side-to-side. Another tip is to cock your wrists outwards slightly. This allows you to use your arms to throw the bike and drops you lower by bending your elbows.

There’s a lot to think about with good sprinting technique. If it becomes overwhelming at first, just focus on one aspect or tip per sprint or per session.

Make sure you give yourself at least 5 min of easy, easy pedalling in between. I generally aim for 6-8 efforts. The goal is for max effort, and you can’t do that if you’re still pushing hard during recovery.

One other tip, make sure your shifting is PERFECT before attempting this workout. Having gears jump while you’re standing at 120+ rpm is a recipe for unintended excitement! 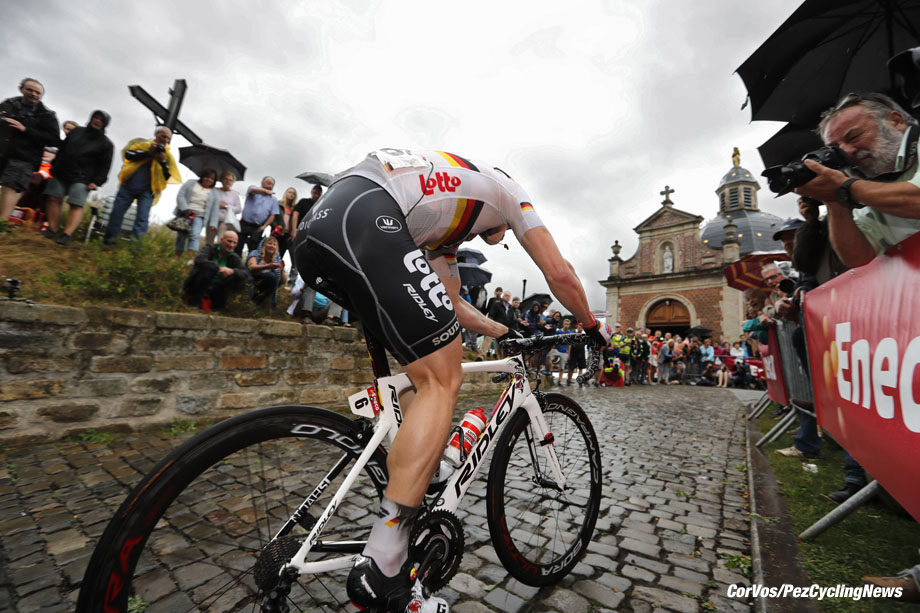 In-saddle tough climb of the Geraardsbergen

This workout is like doing power lifts, only out on the bike. The goal is to generate maximal torque on the pedals from very low cadences.

Get in your biggest gear, and again start from a near standstill. It’s good to try these from the drops, hoods, and the tops to vary position. There’s no need to have a very low position, so adopt a neutral, comfortable upper body angle.

Pick a target distance but don’t be locked into it. The goal is to accelerate up to about 80 rpm. After that you’re not generating high torque because of the high cadence.

GO GO GO! Keep the core tight, pull evenly backwards with both arms as each leg drive downwards. Pull unevenly or have a weak core and the front end of the bike will fly all over the place and the top tube will wobble wildly. Focus on driving down hard AND pulling upwards on the upstroke.

The first few pedal revolutions take seemingly forever, but you should quickly gain in cadence. The effort typically should last about 20 full pedal revolutions. As before, aim for 6-8 efforts with 5 min full easy spin in between.

For both the sprints and stomps, KEEP YOUR HEAD UP!

I’ve done this workout with power for at least 8 years, though I haven’t done it for about 2 years due to sabbatical travel and injury. My historical peak power for the Small Gear Sprints is around 1070-1090 W. This week, I hit that mark or higher for 5/7 sprints, peaking at 1134 W. For the Stomps, I typically hit peaks of about 770 W, but exceeded that for 6/7 efforts and hit 815 W 3 separate times.

So considering that I had my right leg completely immobilized for 10 weeks a year ago, and that I haven’t exactly gotten younger over the past decade, I’d have to conclude that the off-bike resistance training has definitely achieved its goal of improving power development.