Toolbox: The team pursuit is one of the marquee events at the Track Cycling World Championships, where optimal drafting positions and technique can make the difference between winning medal glory, or becoming footnotes in the cycling history books. Behind the enormous power and graceful beauty of the event lies an interesting question: how do we optimize the rider order? 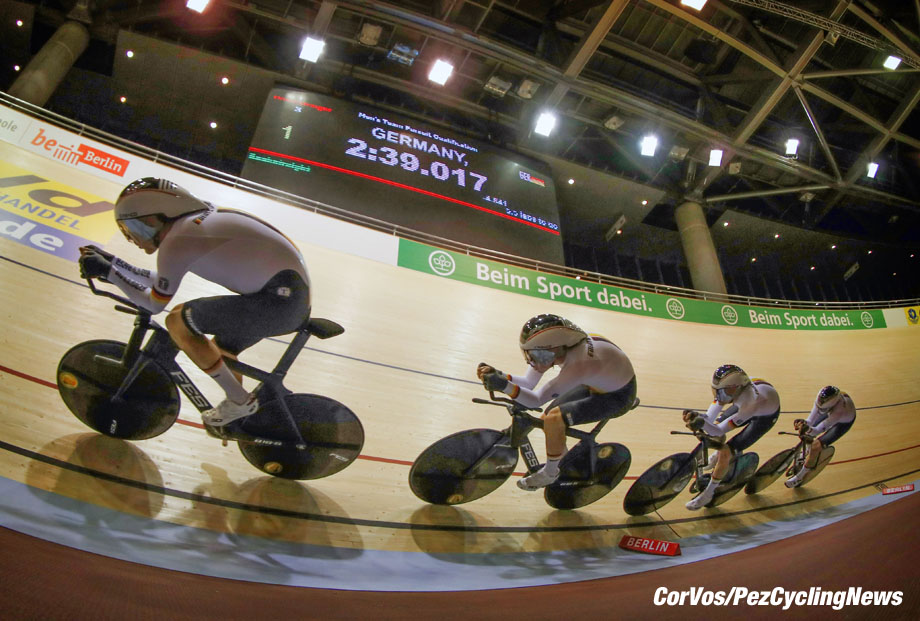 The Ultimate Team Event
Road cycling is often described as an individual sport competed in by teams. In contrast, team time trials on the road, and team pursuits on the track, are true team events where the entire essence of the discipline lies in subsuming individual abilities for the greater good of the team. Not only can a weak or off-form rider torpedo a team performance, a very strong rider can equally destroy a team by not using their strength wisely.

Team Composition?
Besides pure power output and cycling ability, another critical aspect of improving TTTs may be through optimizing the team composition. This may be especially important when it comes to optimizing the aerodynamic and drafting efficiency of the entire 4-rider team pursuit squad.

For example, all else being equal:
• Should a team aim to have riders of similar size?
• Should a small rider be placed right behind a large rider?

Marginal gains, you scoff? Remember that in Rio 2016, the difference in men’s qualifying times between 2nd (Denmark) and 3rd (Australia) was just 0.21 s, and 3rd and 4th (New Zealand) was 0.371 s. The competition is so tight that something as seemingly trivial as rider composition and order can easily make all the difference.

Heimans et al. 2017
My friend Jos de Koning at Vrije Universiteit Amsterdam in the Netherlands has done many seminal studies in modelling athletic performance in cycling, speed skating, and running. In a 2017 study in the Int J Sports Physiol Perf he co-authored a study with the purpose of determining “the drafting effect in second, third, and fourth position during the team pursuit in track cycling as a function of the team members’ individual frontal areas in order to minimize the required power.” (Heimans et al. 2017)

How did he go about testing this? They used a combination of field data and modelling:

• 8 national level Dutch track riders took part. Study was done at the Apeldoorn track, the same one hosting the Worlds this year.

• Each rider had their frontal surface area measured digitally.

• SRM power meters were used on all bikes. Power and frontal surface were then modelled to determine drag fraction in each of positions 2-4. This was defined as the percentage of the absolute drag values when the rider was leading (position 1). 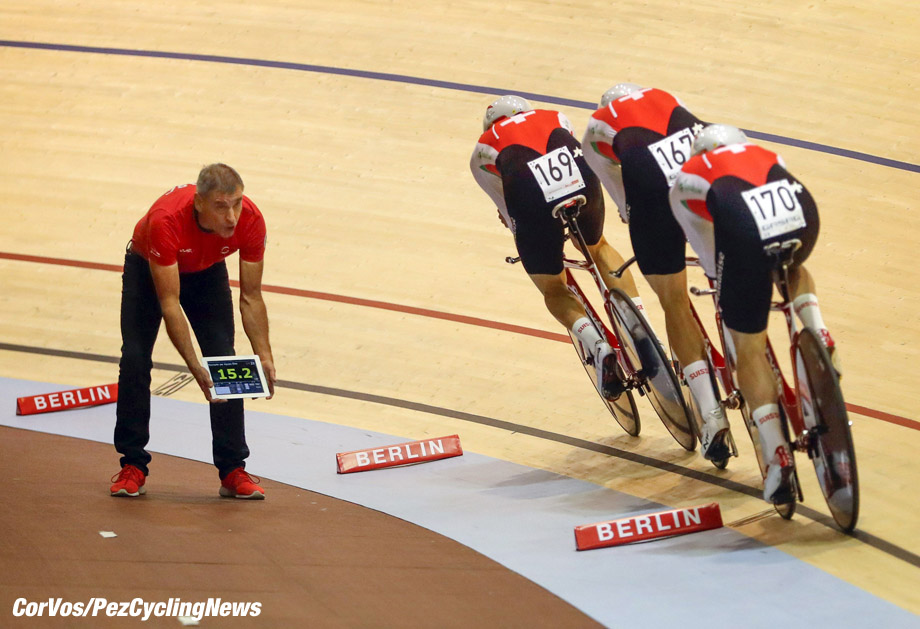 Getting Up to Speed
Some of the main findings:

3. There was an interaction between the lead rider (drafter) and the draftee. One finding was that, as the drafter increased in size, a larger draftee benefited more than a smaller draftee. This makes sense as a smaller rider is already well-protected compared to a larger rider when drafting.

4. Team composition affects different riders differently. For a smaller rider, average power over all 4 positions ranged from 67.2% that of position 1 when teamed with large teammates, and ranged up to 70.1% with small teammates.

6. For overall team efficiency, a team of large riders averaged 68.9% of position 1 power, while a team of small riders required 70.1%.

7. If a team consisted of 2 small and 2 large cyclists, a very small benefit of 0.18% power decrease occurred when the two smaller and 2 larger riders were paired together, as opposed to alternating small-large-small-large.

Overall, rider order can result in differences between 15-35 W power requirements to ride at test speeds.

The Black Line
A nice combination of real field data that was at the same time well-controlled. This was further enhanced by interesting modelling using the field data. Even if we’re not riding pursuits or TTTs, how can we use this information during our next group ride?

Remember that, while test speed was fast, this is still well below current top speed competition speeds. The exponential effects of air resistance means the potential for improvements are even bigger.

The study again highlights the overwhelming importance of aerodynamics and learning how to ride wheels. Take the time to learn the skills to draft properly in different wind conditions/directions. In races, surf the sweet spot in the group to get the best draft to save as much energy as possible.

If you’re a larger rider, do whatever it takes to slot into position behind another large rider. Do not get stuck behind a small rider. 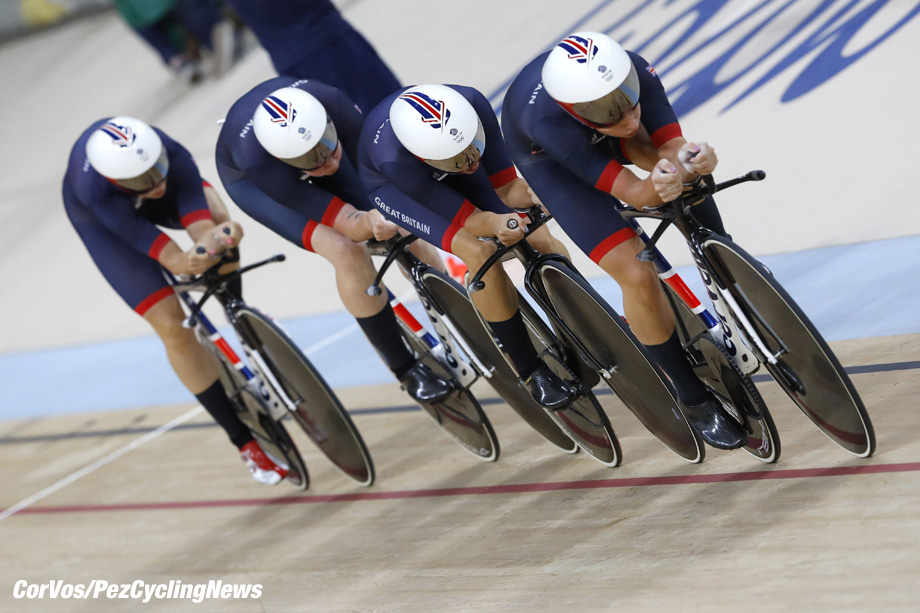 Victorious Valverde And Roelandts In Valencia!