Toolbox: Even from a distance, pro riders have a unique and graceful style that clearly distinguishes them from amateurs and recreational cyclists. Is this difference something to do with their pedal stroke and technique? And if so, is it something that we can train to improve our own cycling? 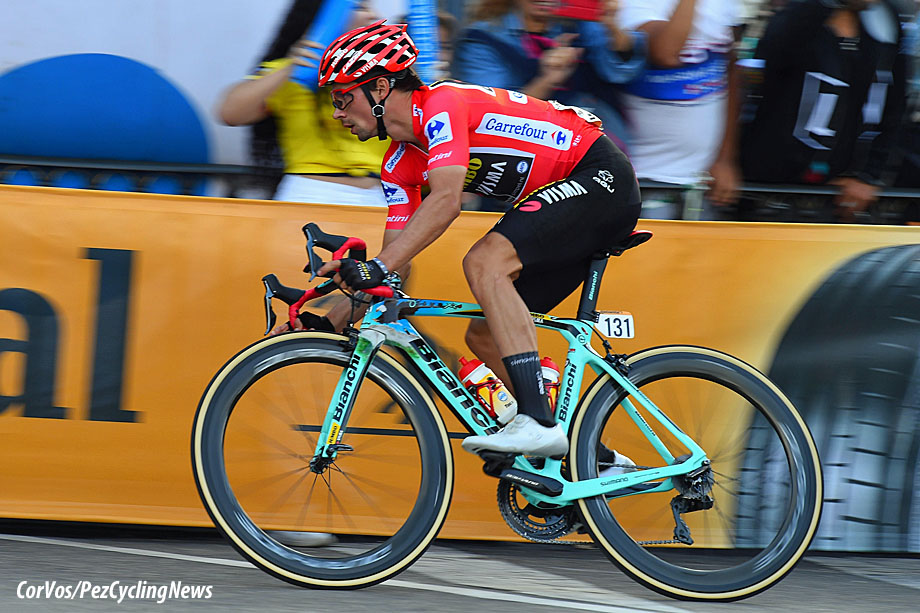 If you have ever had the opportunity to ride with a professional cyclist, whether current or retired, there is something that definitely sets them apart from the rest of the pack, and it is not just their much higher levels of fitness. Through endless hours on the bike, the bike and rider seems to have morphed into a seamless whole, and there is just a sense of fluidity and grace on the bike.

Cycling and the act of pedaling, while constrained, is a complex task involving the coordination of multiple muscles, and is highly variable due to the combination of different torque and cadences to achieve a desired power output.

You likely heard of the need to train to improve your pedal stroke. The general idea is that, if the pedal stroke can be more efficient, it will take less energy and you will be able to delay the onset of fatigue. Some of the suggested drills include one-legged pedaling, training to spin at extremely high cadences, and pulling up through the upstroke by imagining scraping mud off of your shoes.

For years, scientists have wondered whether professionals have a different pedaling technique. This is an interesting question because, if there are distinct differences in the way a professional pedals compared to an amateur, then it would suggest that specific training of the act of pedaling may be a path to improve cycling performance.

Garcia-López et al. 2016
One of the difficulties with doing such studies lies in the challenges of getting pro cyclists into the lab, and another is the difficulty in technically instrumenting and measuring the overall kinetics of the entire pedal stroke. In a study in the Journal of Sport Sciences published in September 2016, a Spanish research group gained access to members of the former Euskatel-Euskadi WorldTour team, and compared their pedaling stroke versus those of elite amateurs and also club cyclists.

The basic experimental setup was as follows:

• 11 members of the Euskatel-Euskadi team were the “Professional” participants, along with 13 “Elite” participants taken from a UCI Continental team, and 14 “Club” cyclists who competed and who rode between 5000 and 15,000 km per season.

• After an appropriate warm-up, each participant rolled for five minutes each at 200, 250, and 300 W at 90 rpm and with six minutes rest in between. The upper ceiling of 300 W was chosen to enable the club cyclists to complete the entire five minute effort. 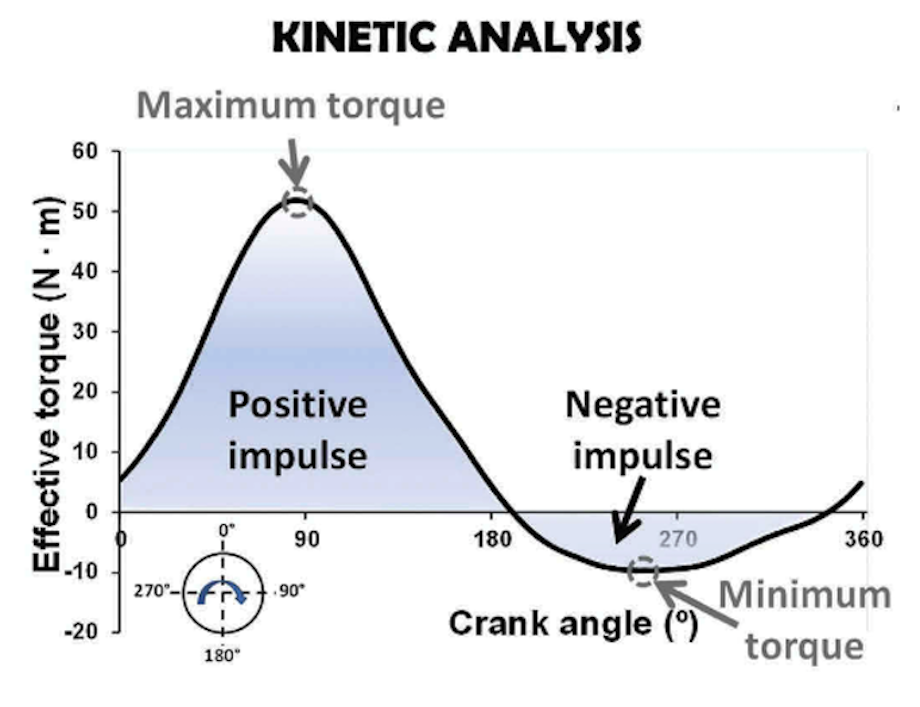 The key analyses of pedaling kinetics are illustrated in this diagram. This includes the maximum and minimum torque during the downstroke and the upstroke, along with the proportion of the total pedal stroke that had positive tangential force versus negative force.

Stroke Analysis
The key findings from the study suggests that professional cyclists do indeed have a different pedal stroke than elite and club cyclists. Some of these differences included:

• Professionals had higher proportion of positive force throughout their pedal stroke, ranging between 1.5 to 3.3% more of the pedal stroke compared to elite and club cyclists.

• Professionals also had tendencies towards a lower maximal torque than elite and club cycles at all three power outputs of 200, 250, and 300 W. combined with the above finding of greater positive force proportion, this suggests that the professional cyclists had a smoother and more even pedal stroke, with less need for a single massive peak burst of torque.

• Professionals also had a greater ability to unweight their legs during the upstroke phase, with lower minimum torque at all three power outputs compared to elite and club cyclists.

• In terms of the different joints involved in pedaling, the main difference across fitness groups appears to be a progressively greater range of motion in the ankle with higher competitive levels, along with a greater degree of hip flexion.

What I found most interesting was that the professionals seem to have a smoother and longer power phase of their pedal stroke, which required them to have less of a peak burst of torque. This may mean that a single pedal stroke is distributed across more muscles, such that there is less risk of any particular muscle being overly stressed and fatigued.

In terms of the findings of lower minimum torque in professional cyclists, one interesting point to consider is that this may be due to a trend of a slightly lower body mass and therefore likely the lower limb mass in the professionals, rather than to any systematic changes in the pedal stroke itself. The authors found that, in comparing the results before and after preseason in the professionals, no changes in minimum torque was observed when changes in weight through the preseason was factored in.

Summary
From this study, it appears that our eyes do not deceive us after all, and that top professional cyclists do indeed have a different pedal stroke than the rest of us. This pedal stroke seems to be smoother, with less fluctuation in maximum and minimum torque. Judging from the range of motion data, this might be due to greater mobility in the ankle joint through the pedal stroke.

So this winter, it may indeed be worthwhile to focus some of our off-season training on improving our pedal stroke, in hopes that we can start emulating the fluidity and style of the top riders as we get back outdoors regularly in 2020.