One of the best training tools we’ve seen is PowerCranks. All of our testers have reported increased power and strength after using them as a serious part of their training. One thing we’ve not seen yet, though, is an actual power output test as part of our evaluation of PowerCranks… until now.

So, when we heard about a user with a background similar to many PEZ readers, and with the power meter and testing numbers to truly evaluate the changes most likely due to PowerCranks alone, we decided it was worth a closer look.

Joaquнn Rodrнguez Jadraque is a 38 year old Spanish cyclist who has been racing for 20 years. He lives in Madrid and has a long history of climbing La Morcuera, a 9 km long Cat I mountain with an 8% average grade. Further, he’s had a PowerTap for the last three years with power data for most of his rides and has had periodic testing done by experienced doctors. He started training with PowerCranks about one year ago, March 2006. The only change in his normal training regimen was the addition of PowerCranks, which he used exclusively in training, racing on regular cranks. 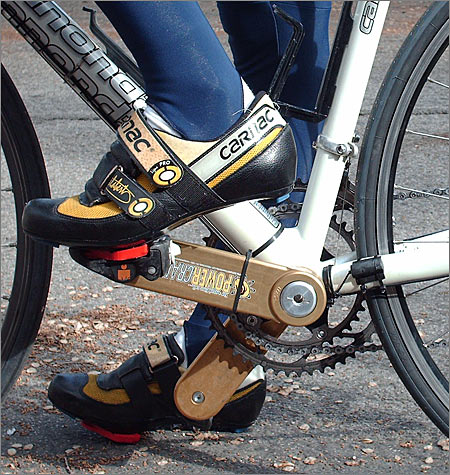 PowerCranks’ independent rotation forces each leg to always be working.

Pez: Joaquнn, thanks for taking your time to answer a few questions. Can you tell us why you started training with PowerCranks?

JRJ: I am always interested in trying to be as good as I can be with as much time as I have available for training. I am married and have 3 children so I can only afford about 10 hours a week of training now, compared to about 20 when I was much younger. After I read an article on how Lance Armstrong continued to improve even after winning his first TDF by improving his efficiency I ran across the Powercranks web site where they said they improved cycling efficiency. What they said made sense to me so I decided to try them.

Pez: Most people have heard how hard PowerCranks are and are a little reticent to start them during the season. You started them in March, right at the beginning of the season. Did this bother you or hurt your racing that year?

JRJ: I also struggled in the beginning to ride them for more than 20 minutes at a time but I persevered as I saw improvement coming, and within a few weeks I was riding much longer. I never noticed any problem with my racing and it wasn’t too long that I was seeing positive benefits. 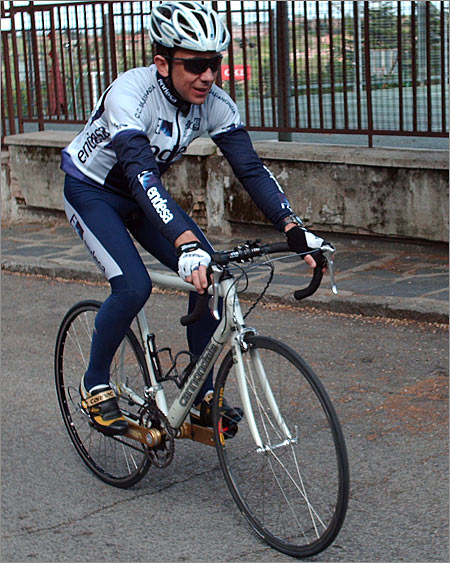 Pez: How long was it before you started seeing the real benefit?

JRJ: The first really big thing I can document was when I climbed La Marcourera in September. My personal best for this climb was 29’47” done 14 years earlier when I was 24 years old and 4 kg lighter than I am now. In 2005 I was able to do this climb in 30’14”. This year when I did it my time was 27’40”, 90 seconds faster than my previous best. My PowerTap data for this climb averaged 340 watts, compared to 280 the year before.

Pez: Those are some impressive numbers. I understand you also have been tested around this time. Did the testing result confirm this improvement?

These changes were so large that my doctor performing this test, Doctor Durantez of the Spanish cycling federation, didn’t believe them at first so repeated the test.

PEZ: Most people think VO2max cannot be changed much, how does your doctor explain that huge improvement.

JRJ: My Doctor says that I have more muscles in my legs trained aerobically (which is like adding cylinders to a car) and I can now burn more fat and sugar aerobically without raising my lactate levels. 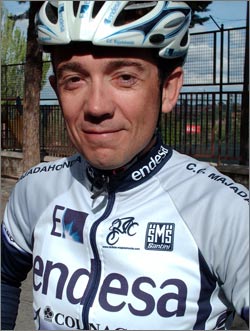 PEZ: That represents a pretty big improvement. How do you think you will race this season?

JRJ: Well, even though I train with some Spanish pros and they can’t believe how much I have improved the real problem here is I am 38 years old and don’t recover like I used to. I might be able to do well racing against them on one day in one race, but I am not going to win the Vuelta. It is just fun at my age getting faster instead of slower. It would be a different story if I had started training with these when I was 20.

PEZ: Well, we look forward to receiving your PowerTap data for some of your climbs so we can share that with our readers. Do you have any other observations?

JRJ: All I can say is I am no expert and I know that many think such improvements impossible, but I know what has happened to me and I have the numbers to prove it. I would like to thank Frank Day, the inventor. I am really his admirer! It is a pleasure for me supporting his product, since it made me rediscover the pleasure of racing! I would like to thank him for bringing new ideas and such a great invention to the old fashioned world of cycling!

All gushing aside, PowerCranks really are worth checking out if you’re serious about improving your pedalling power.

• You can reach Joaquin with questions at [email protected]

Giro Replay: Zulle Vs The Pirate