In the continual quest for gains, coaches and athletes are now looking at “carbohydrate periodization” as an avenue to performance gains, so let’s learn a bit more about this concept…  “Periodization” of your training calendar is the common approach to planning your season. Similarly, the concept of “carb loading” is also a commonly understood concept to maximize performance potential. 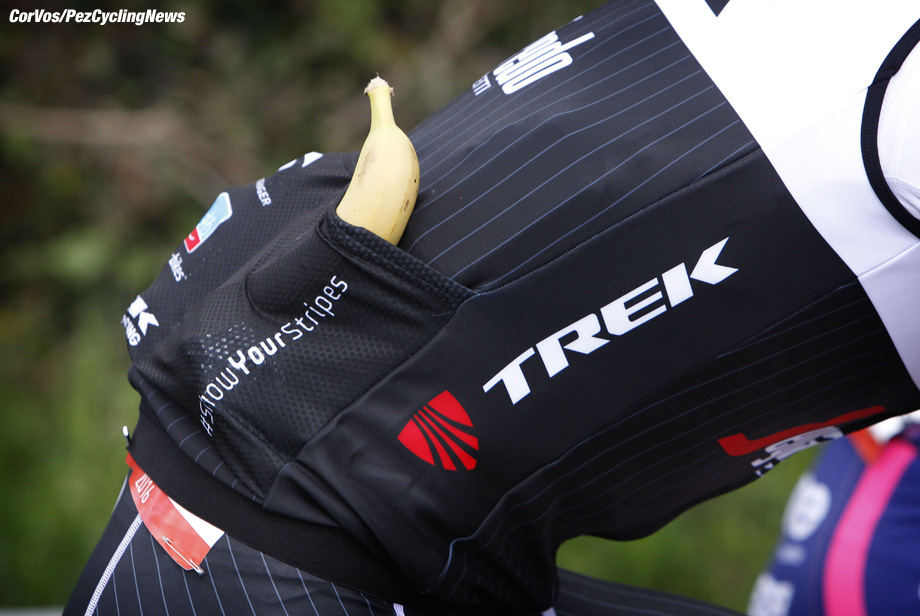 Periodization – A Brief History
Training periodization, the systematic breaking up of training into specific blocks at specific times in the season, has been around since at least the second century A.D. and the work of Roman physician Galen and Greek scientist Philostratus. It was Philostratus who wrote of Olympics preparation that is should include a “compulsory 10-month period of purposeful training followed by 1 month of centralized preparation…prior to the Olympic Games.” Despite this long history it wasn’t until the rise of the Eastern Bloc system in the 1950’s that periodization was implemented in large scale. The work of Lev P. Matveyev compiling all of the related research and developing training plans used throughout eastern Europe, earned him the title of “Father of Periodization,” but it was the seminal work of Hans Selye with his “General Adaptation Syndrome” and Tudor Bompa’s book the “Theory and Methodology of Training” that brought periodization to modern and western audiences.

Similarly, “nutrition periodization” has gained popularity as a way to further maximize performance gains by sequencing your food intake. Noted researcher Asker Jeukendrup offered the following definition of nutrition periodization as “the strategic combined use of exercise training and nutrition, or nutrition only, with the overall aim to obtain adaptations that support exercise performance.” I wrote a bit about the approach of noted dietitian Bob Seebohar and his efforts to increase the metabolic efficiency component HERE.

To start, the authors sought to outline the impact of various “train-low” methodologies, approaches to low carbohydrate training and the effects on training adaptations and exercise performance. From that they presented a ‘glycogen threshold hypothesis’ aimed at defining an “absolute muscle glycogen concentration” window, and finally they offered a “practical model for CHO periodization according to the principl of ‘fuel for the work required’.”

Train Low Examples
To start the authors defined CHO availability as the “sum of the endogenous (i.e., muscle and liver glycogen) and exogenous CHO (i.e. CHO consumed before and/or during exercise) that is available to sustain the required training intensity and duration.” Accordingly, it is possible to have insufficient CHO availability, even with high pre-exercise glycogen stores, if “an inadequate dose of CHO is consumed during exercise to sustain the desired workload.” Then again, it is also possible to start an exercise bout with reduced muscle glycogen yet complete the workout if exogenous CHO consumed during the exercise bout allows for completion of the workout intensity and/or duration.

“Carb loading” traditionally consisted of a multi-day process whereby glycogen is gradually restricted and exercise intensity is near exhaustive to fully deplete endogenous CHO stores before undertaking a 3 day CHO loading protocol to create “super-compensation” effect, increasing total CHO stores. Several refinements of this protocol have moved the timeline from a week or more to, initially, a 3-day protocol as developed by Sherman et al, and more recently a one day approach. One fascinating aspect of ‘carb loading’ was the observation by Sherman et al that ‘‘The performance times indicate that carbohydrate loading was of no benefit to performance during the 20.9 km run. In fact, performance times were actually slower in the trials with higher levels of muscle glycogen. This suggests that anything above a minimal level of muscle glycogen is unnecessary for performance of a given intensity and duration. More importantly, the practical question may not be how much can I super-compensate but rather, does my diet contain enough carbohydrate to maintain adequate stores of muscle glycogen on a day-to-day basis for training and performance runs?’’ (p. 117).”

From this insight the authors sought to include a variety of low carb training protocols and their impacts including:
Twice Per Day Training – where athletes undertook two bouts of training ever other day, the second deliberately low on CHO. 3-10 weeks of “train low” leads to an increase in oxidative enzyme activity, whole body and lipid utilization, and improved exercise capacity and performance. While the lower overall intensity of the second exercise bout is a bit of a red flag from an absolute performance point of view, twice a day training does provide a practical framework to increase the total time spent exercising in the “low” state. 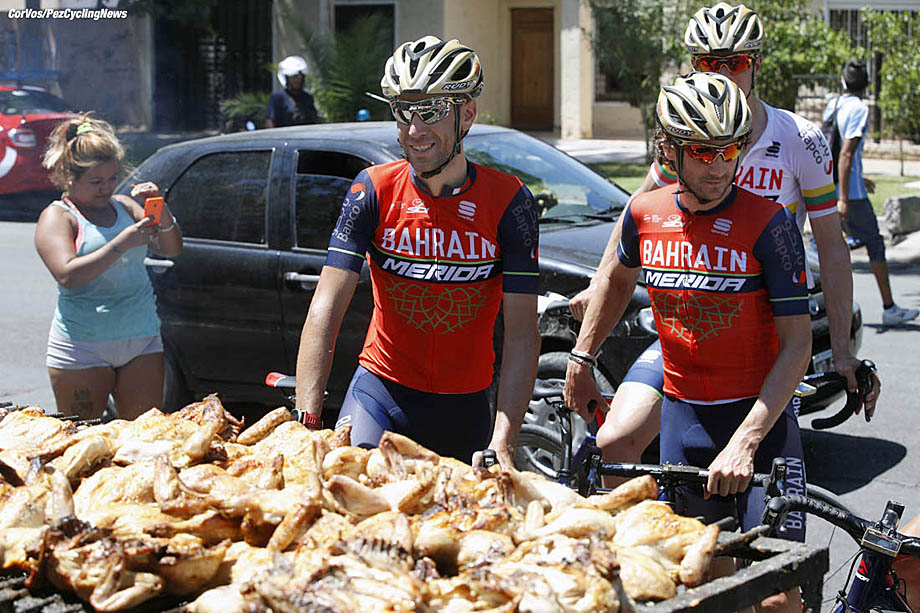 Fasted Training – Similarly, undertaking fasted training was shown to be a somewhat simpler way to accumulate training time in a “low” CHO state. Of note are the observations that muscular glycogen levels were not substantially different between fasted and fed states while liver and circulating glucose levels are higher in a fed state. In addition there is increased free fatty acid (FFA) availability and lipid oxidation in the fasted state when exercise is matched for intensity, duration, and total work performed. Notably oxidative enzyme activity and lipid transport protein content both rise after several weeks of fasted training, however such adaptations may be regulated via CHO restriction versus a truly “fasted” state.

Sleep Low / Train Low – Athletes undertake an evening exercise bout, restrict CHO intake during the remainder of the night, thereby accumulating 8-14 hours of “low” CHO state. One to three weeks of this type of training showed improvements in cycling efficiency (3.1%), performance in a 20 kilometer time trial (3.2%) and 10Km running performance (2.9%) compared to the normal “train high” approach. Unfortunately, the amount of CHO restriction needed for this type of protocol is not well established.

High Fat Feeding – Rather than engage in CHO restriction it may seem plausible to increase FFA availability to help regulate signaling, however it has been shown that 1-5 days of high fat feeding tends to decrease expression and activity of pyruvate dehydrogenase, a key factor in CHO oxidation and high intensity exercise.

The authors offered the following observation of “train low” adaptations as both a caveat and to serve as an introduction to their Glycogen Threshold Hypothesis:
“Given the similarities in metabolic adaptation to both CHO and calorie restriction, such data raise the question as to whether the enhanced mitochondrial responses observed when training low are actually due to transient periods of calorie restriction (as mediated by a reduction in CHO intake) as opposed to CHO restriction per se. This point is especially relevant given that many endurance athletes present daily with transient periods of both CHO and calorie restriction due to multiple training sessions per day, as longer-term periods of suboptimal energy availability.”

Glycogen Threshold Hypothesis
As was shown above, “train low” is known to be an effective approach, yet the true efficacy of the approach would seem to lie in consideration of the absolute glycogen concentrations necessary to facilitate such responses. Based on the ‘train low’ research, the authors noted that pre exercise CHO concentrations of <300mmol/Kg dw showed the most promising outcomes. In addition, longer term “low” training may increase susceptibility to illness, and CHO concentrations under 200mmol/Kg dw will generally not allow completion of the focused work protocol. These observations gave rise to the Glycogen Threshold Hypothesis whereby a “critical absolute level of glycogen depletion must be induced for significant activation of cell signalling pathways to occur on the proviso, of course, that the desired training workload and intensity can be completed without any maladaptations.” Which is a wordy way of saying there is a window of optimal concentration that allows for maximal adaptation and they theorize that it is between 100 – 300mmol/Kg dw.

Practical Applications
Now that we have a framework for performance gains via carbohydrate restricted training, what are some ways we can use this information? A good starting point is the concept of “Fuel for the Work Required” which states that you should strive to have the correct amount of available CHO for the day’s task, and these values may differ workout to workout. High glycogen stores nearly always result in greater work capacity and further enhance other endurance related adaptations like cardiac hypertrophy, etc. so athletes working with CHO restriction should consider if their anticipated CHO stores will be sufficient to meet the workout demands on a day-to-day basis. A better question than how much super-compensation occurs might be to ask, as the authors noted, “does the athlete’s diet contain enough CHO to maintain training intensity while also creating a consistent metabolic milieu that is conducive to facilitating training adaptations.” 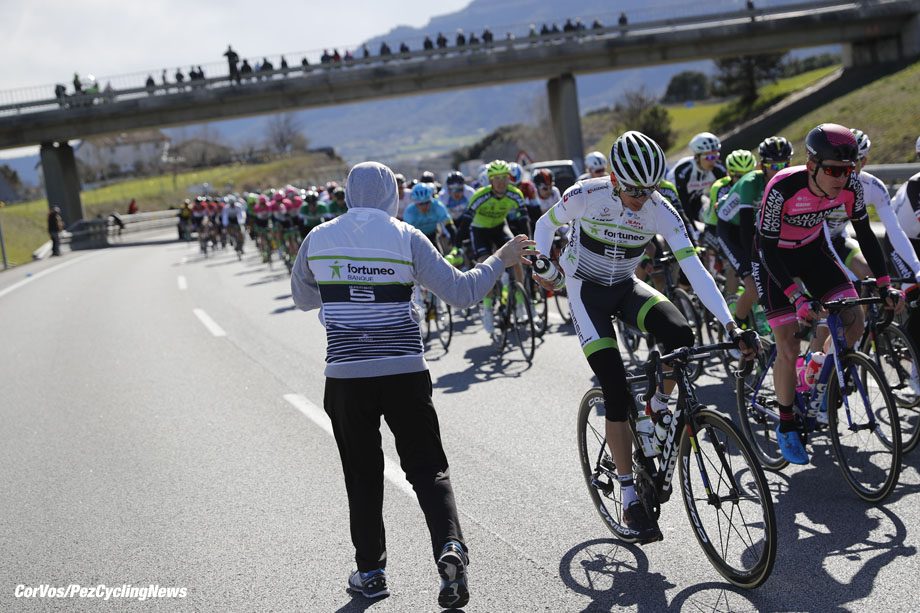 Summary
Carbohydrate is the primary energy source used in endurance sports, however, optimization of the mechanisms of carbohydrate utilization can be positively manipulated by intervention via a depleted carbohydrate training state. These adaptations can include increased Free Fatty Acid concentrations, mitochondrial mechanisms for carbohydrate production, and better efficiency. Impey, Hearris et al sought to establish a theoretical framework for the establishment of a “Glycogen Threshold” that might serve to drive day to day carb intake in order to meet the demands of the workout, but also optimize the development of other energy delivery systems that facilitate performance via, for example, increased carb retention for later in a competition. Unfortunately there are still several notable caveats to this model, primarily that there is a limited understanding of what the actual carbohydrate cost of habitual training, which limits our ability to create meaningful training regimens. Additionally glycogen utilization rates are non-linear and subject to a myriad of influences including fatigue state, substrate availability, and exercise type. In short, this theory of a “Glycogen Threshold” may prove valid with additional research, but should not be taken as a given for your individual training, however workouts following one of the above “low” concentration approaches have been shown to increase capacity and performance in clinical studies thus far, a positive for athletes looking for new ways to improve.

About Matt McNamara: Matt is a USA Cycling Level 1 coach with over 20 years of racing, coaching and team management experience. Matt is the founder and president of Sterling Sports Group. Learn more by visiting him online at www.sterlingwins.com.