As with all competitive sports, there is also a risk for injury in competitive bicycling. The patterns of injury in bicycling are unique since exposures include high speed, obstacles like cyclists, pedestrians and motor vehicles, and unpredictable road, environmental and weather conditions. 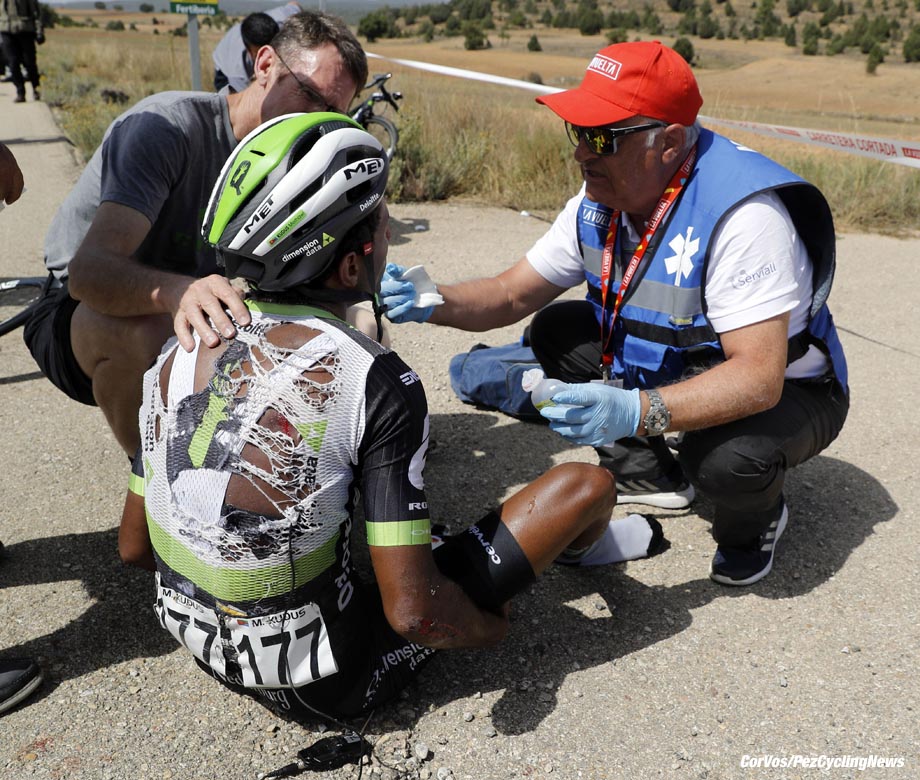 Furthermore, bicyclists usually do not have any external protection beyond wearing a helmet. There is a risk of both acute traumatic injuries and overuse injuries. Injury patterns also differ between the type of bicycling, that is, road, cyclo-cross, off-road/mountain bike, and BMX, etc. It is important to understand the pattern and epidemiology of injuries suffered by competitive bicyclists in order to implement appropriate injury prevention and treatment strategies.

The majority of studies examining the epidemiology of injuries in competitive bicycling are retrospective questionnaire and/or interview in design (Bohlmann 1981; Callaghan and Jarvis 1996; Clarsen, Krosshaug, and Bahr 2010; De Bernardo et al. 2012; Pfeiffer 1993; Pfeiffer 1994). That is, bicyclists are surveyed or interviewed as to what injuries they suffered from during a preceding period of time.

These types of studies are easier and less expensive to conduct but are susceptible to confounding factors such as incomplete and/or inaccurate details and recall and selection bias. Also, the incidence of injury and rates of injury cannot always be determined since accurate exposure data is not usually known. Finally, in professional and competitive bicycling, bicyclists may not accurately report injuries for strategic reasons. Nonetheless, these studies are still valuable for providing an idea of the epidemiology of competitive bicycling injuries.

In this second article of a three article series on injuries in competitive cycling, the location, type, diagnosis and mechanism of injury will be reviewed. 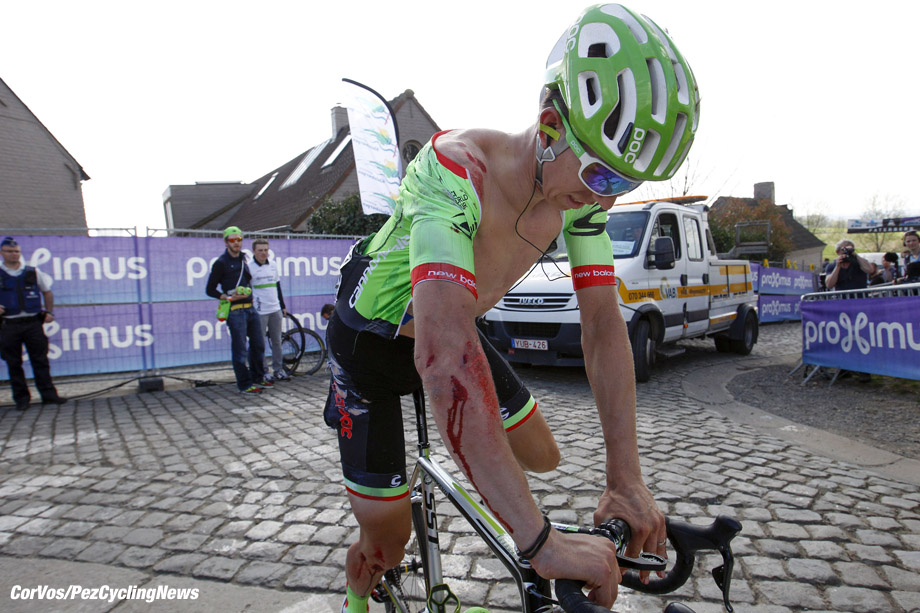 Injury Location, Type and Diagnosis
Studies vary in how specific body locations were described and/or grouped, with some studies grouping location of injury as upper or lower extremities or just extremities. The majority of bicycling injuries occur in the knees and the low back, accounting for 26 to 64% and 15 to 60%, respectively, of all traumatic and overuse injuries.

This finding is perhaps not surprising, given the body positioning and how biomechanical forces are exerted through the lower extremity in bicycling. Clarsen et al. (2010) found that knee and back injuries together caused 73.9% of overuse injuries resulting in time loss from training and competition.

In competitive road bicycling, fractures and dislocations of the upper extremity are the most common type of traumatic injury followed by contusions, abrasions, hematomas and lacerations. Interestingly, the opposite pattern in seen in BMX and competitive off-road bicycle racing. The most common site of fractures and abrasions has been reported to be of the clavicle and the hip/elbow, respectively (Barrios et al. 1997; Bohlmann 1981).

External iliac artery endofibrosis (EIAE) is a condition that is somewhat unique to bicycling although it is also reported in other endurance athletes. Bohlmann (1981) and Clarsen et al (2010) reported 1 and 2 cases of EIAE in their studies, respectively.

Chow et al. (2002) reported an incidence of 13 concussions in 97 injured off-road bicyclists who were participating in 7 different off-road/mountain bike races. Current studies in competitive road bicycling have reported “head” injuries but none have specifically found or reported concussions or mild traumatic brain injuries. Given the significance of these types of injuries, it is not clear as to why they have not been reported, since they obviously do occur.

During a bicycle race it can be very difficult to properly assess a cyclist for a concussion injury since the determination of whether a bicyclist can continue riding must be made quickly and under sub-optimal conditions. Nonetheless, much better adherence to the current recommendations for assessment and management of concussion, such as the most recent Consensus Statement on Concussion in Sport (McCrory et al. 2013), has been strongly recommended (Greve and Modabber 2012).

Mechanism of Injury
The majority of traumatic injuries are caused by falls. Barrios et al. (1997) suggested that at high speeds, cyclists generally position their shoulder forward and then try to roll while falling, which probably explains the high incidence of clavicle fractures experienced by competitive bicyclists. Bohlmann (1981) reported that most common causes of bicycle accidents were flat tires and collision with other bicyclists. Barrios et al. (1997) found that mechanical failures caused two injuries while other injuries were caused by falls within the peloton or fast down hill riding. In off-road bicycling races, falls over the handle bars and falls during down-hill descents lead to more serious injuries (Kronisch et al. 1996).

The cause of over-use injuries are multi-factorial, with risk factors possibly including age, gender, equipment set-up (namely, bike and riding shoes), years racing experience, dryland training, and training volume and intensity. Risk factors for overuse injury in competitive cycling have not been well studied but Wilber et al. (1995) reported that in recreational cyclists, the risk factors for male back, groin and buttock injuries were high weekly riding mileage, lower number of bike gears, and less years of cycling. The risk factors for female groin and buttock injuries were more non-competitive events/year and less pre-cycling stretching.

In summary, the knee and low back are the most frequently injured body locations and usually over-use type injuries. Falls cause the most upper extremity fractures and dislocations. In the third article of this 3 article series, we’ll look at injury prevention strategies. 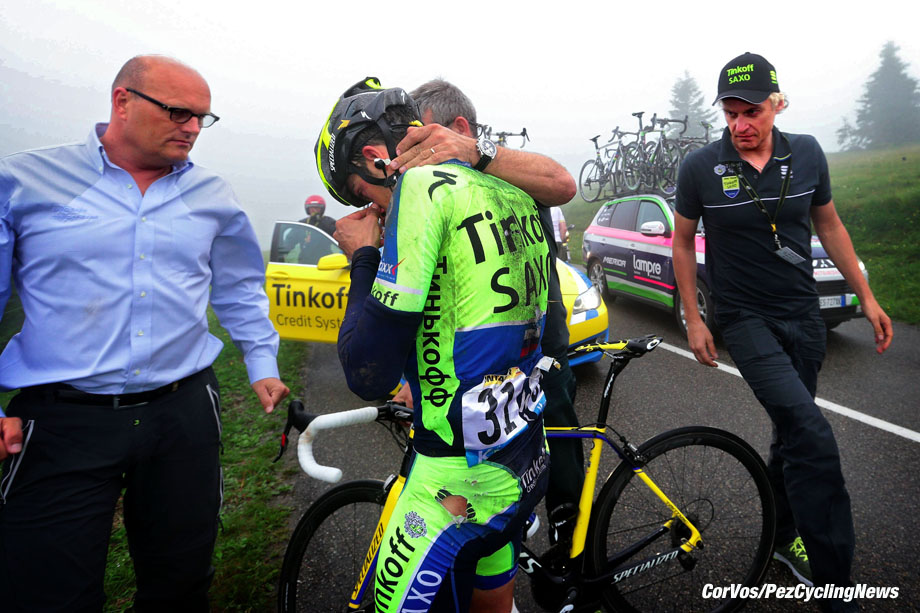