Toolbox: Nutrition In The Off-Season

One of the biggest questions I get at this time of year is, what do I change about my nutrition as my road season ends? How much can I indulge in celebratory foods? Should I just keep eating the same way but maybe a little bit less overall? Are there specific changes in nutritional needs during the transition and approaching off-season?

There are many different potential answers to that question. It would depend on what level are you training at? Do you hang up the bike often and replace it with other activities in the off-season such as weights and running? Are you more of a recreational, amateur or professional cyclist? Are you resting briefly for 2 weeks and then starting back up with a pretty big training plan with continued volume? Are you trying to lose weight? Either way, the likelihood is you are reducing the intensity of your training for a period of time as your road racing has come to an end.

For the purposes of this article, let’s assume you are cutting back on hours and intensity for a few months and not racing, while transitioning into some more fun riding, trail riding, running and maybe some resistance training.

I often hear the question “should I cut my carbs out?” No, certainly not. You are still an active training athlete, which requires good recovery and glycogen replenishment. Also if you plan to put on a little muscle in the off-season you will need carbohydrates to support that muscle growth. Not to mention carbohydrates are loaded with vitamins, minerals, antioxidants, fiber and energy for your day to day life.

The key at this time of year for the racer who is cutting back volume and intensity would be however to reduce the g/kg of carbohydrates in the off season. Also depending on the athlete, reducing some of the grams of fat. Note I did not say go on a low fat diet, rather reduce some of the fat if you had to increase it in season in order to keep up with your caloric deficits from big training loads.

Without races and long intense training sessions, carbohydrate loading will fall from your nutrition plan too. This allows you for example to maybe drop your daily carbohydrate intake from 7 g/kg down to 4 or 5 g/kg, especially on rest days and shorter aerobic rides. Long weekend rides will still require adequate carbohydrate intake and replenishment as you start to ramp back up later in the fall.

The more intensity and duration your workouts have, the more carbohydrates you require to sustain optimal performance and recovery. Reduce the two, and yes, you should reduce your carbohydrate intake accordingly. 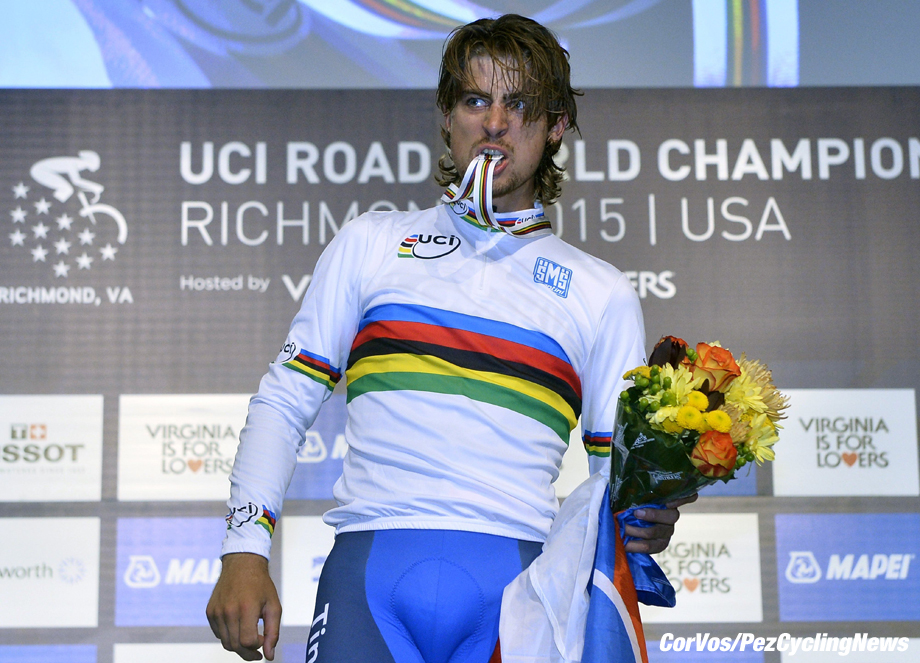 How to Eat Less and Not Starve
This reduction can often be difficult after a season of for many what seems like endless eating (even when they are not hungry), to go the distance in long training weekends or stage races. Now suddenly your body is used to this but the training/racing isn’t there. The hunger however doesn’t just turn off in a day, leaving many cyclists gaining weight as the off-season passes by. This is not a great idea. Taking that weight off will be much more difficult than putting it on will be.

Below I have created a chart of more common in season carbohydrate choices used to keep glycogen stores up high vs my recommendations for carbohydrates that can help to keep you feeling full while lowering the caloric intake in the less intensive off season.

• Stewed berries or apples on top of pancakes

Keep the Quality
You will note that BOTH LISTS are super nourishing foods! I find this off-season time of year is a great time for lots of big green salads that you may have had to skip during heavy duty stage races as well as lots of broccoli, melons, sweet potato and leek or squash soups, berries and oats, and one of my favorites spaghetti squash. An entire squash (which if you haven’t tried they are amazing and it comes out basically in spaghetti strands) has the same amount of calories as one cup of pasta and is 5 times as filling.

1 cup of traditional pasta has approximately 220 calories whereas one cup of spaghetti squash has 46 calories. So you can have twice the volume, 2 cups of spaghetti squash, with MORE NUTRIENTS than pasta and still be less than half the caloric intake. That’s a win win!

Another win is broccoli. What a nourishing and filling carbohydrate! 1 cup is a high source with vitamins and minerals such as vitamin C, K, beta carotene, folate, potassium and B vitamins, while containing only 25 calories. Load on a couple of cups or blend it into a broccoli soup with potato blended in for a hearty fall meal with a side of local whole grain bread or a slice of flat bread. It’s best to steam your broccoli and not overcook it for the best palatability. 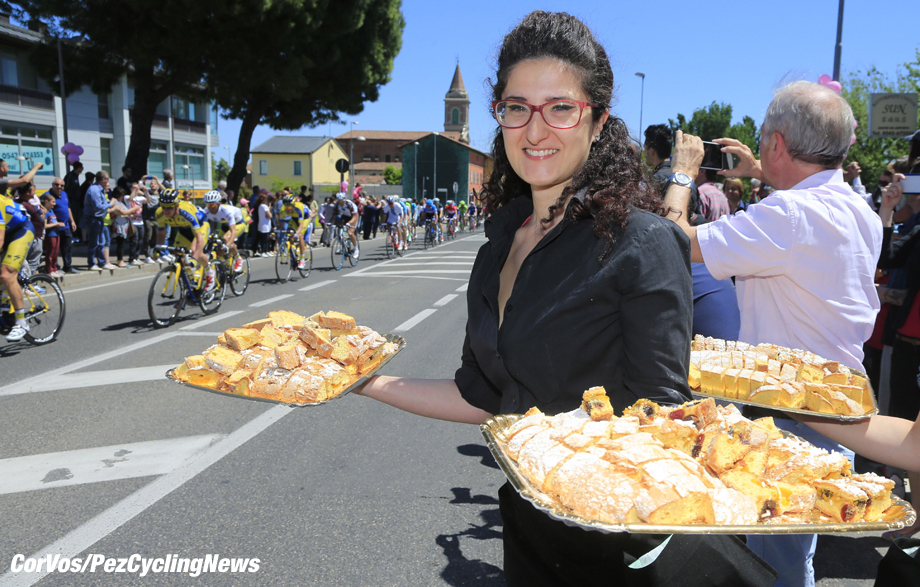 Make the Nutrients Count
Remember, when it comes to athletes and performance, we need to look at grams per kg for carbohydrates and proteins. When the season tapers down we can lower the grams per kg of carbohydrates, but it’s still important that you do have the carbohydrate stores you need for the training you doing. It’s quite likely your protein can stay the same with weights entering the picture. The focus is mainly, how can we lower the grams, while not feeling like we are starving all of a sudden, compared to how we felt in season? The solution is choosing filling, lower calorie carbohydrates, while still staying focused to get enough grams of carbohydrates to support optimal performance.

Hopefully some of the substitutions above will give you some ideas for the fall, just keep in mind, this is not about no more carbs, rather reducing only to the extent that you can still sustain a quality training routine, just at a lower intensity and with less volume.

Putting on a few pounds in the off-season is the norm. However, if that few pounds creeps up to 10 or 15, you have yourself a battle late this winter trying to get that off, especially if you live in a cold climate that doesn’t allow for longer rides and if you struggle with weight loss in the first place.

Save yourself the trouble and make some simple changes headed into fall season. Have fun, change things up and enjoy the changing seasons.

About Anne
Anne Guzman has a passion for helping athletes unlock their top potential through Sports Nutrition. Anne is a Registered Holistic Nutritionist, Kinesiology major and Sports Nutrition Consultant. Anne raced in the professional women’s road circuit in both North America and in Europe from 2008-2012 on 2 Canadian UCI road teams. Previous to this Anne was a provincial champion and Canadian Champion medalist as a varsity freestyle wrestler at UWO.
Anne has worked with endurance athletes ranging from beginners to masters racers as well as World Champions and full time Professionals. Based on her own experiences, Anne is truly able to understand the intricacies of the endurance sports athlete and relates well to her athletes. Whether it’s understanding exactly what it feels like to race for 5 hours in the heat, to race for 6 days in a row, to race a criterium or to compete in a cyclocross race, she can relate.
Anne is a big believer that each athlete is their own individual and that the best sports nutrition program is the one customized for each athlete and their specific needs.
Anne is the owner of Nutritionsolutionsanneguzman.com and a Sports Nutritionist for Peaks Coaching Group.