Xert is a new software system that models fitness based on multiple parameters beyond the traditional single parameter of functional threshold power. Its potential for a higher level of individuality in training analysis, tracking and workout planning is well suited to cyclists. 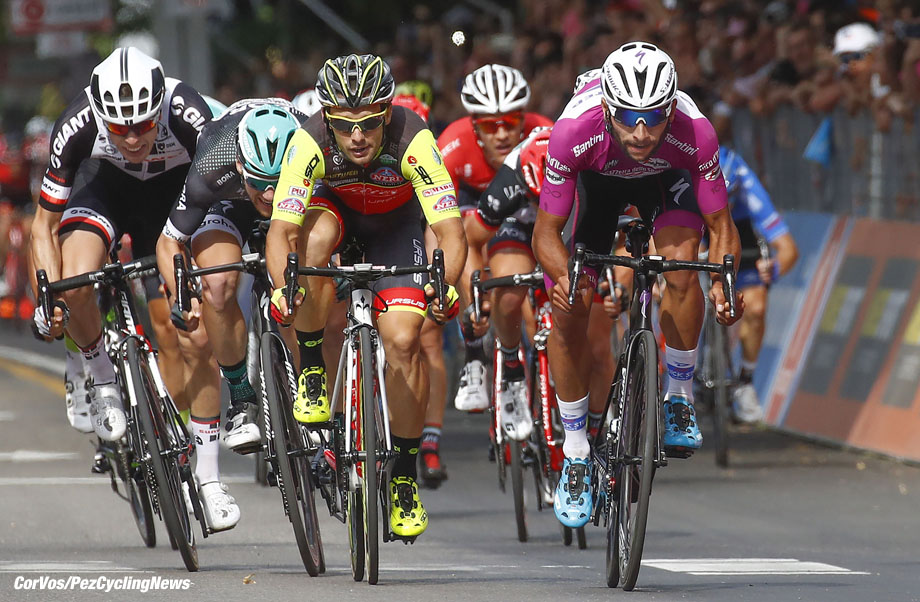 Colombian sprintng style in the Giro from Fernando Gaviria

We’re all Individuals
We know that no two riders are alike in fitness and cycling abilities. We all know and inherently understand that some are better sprinters, some can ride steady tempo all day but crack as soon as the pace varies, some can make that hard burst to breakaway from and then hold off the pack, and some may not have a single supremely hard effort but can recover quickly from an effort to do it over and over again (that’s me, BTW).

Many factors go into each rider’s abilities. Besides inherent individual genetics and muscle type composition, other factors may include years in the sport, discipline requirements (e.g., time trials versus criteriums) along with local factors (living somewhere with primarily criteriums is not likely to make you a fabulous climber).

Tracking Workload
While we all recognize that everyone has their own specific strengths and weaknesses, one issue with existing methods of tracking training, especially when done with power, is that everything is based around one single distinguishing characteristic, namely that of Functional Threshold Power (FTP), defined as the highest average power that you can sustain over one hour.

Don’t get me wrong. Aerobic capacity dominates almost all disciplines of cycling, making FTP a very useful anchor point that can predict performance quite well. For example, I was coaching this past April at Peaks Coaching Group’s cycling camp in Virginia. When going back through each camper’s FTP in W/kg afterwards, it certainly correlated very well with who ended up in which group during the final day’s “race” day.

However, while useful to compare fitness across different riders, threshold power by itself may not be the best way to track and plan training for an actual rider. That’s because of each individual’s particular strengths and limitations may not be best captured by a single parameter quantifying mainly aerobic capacity. 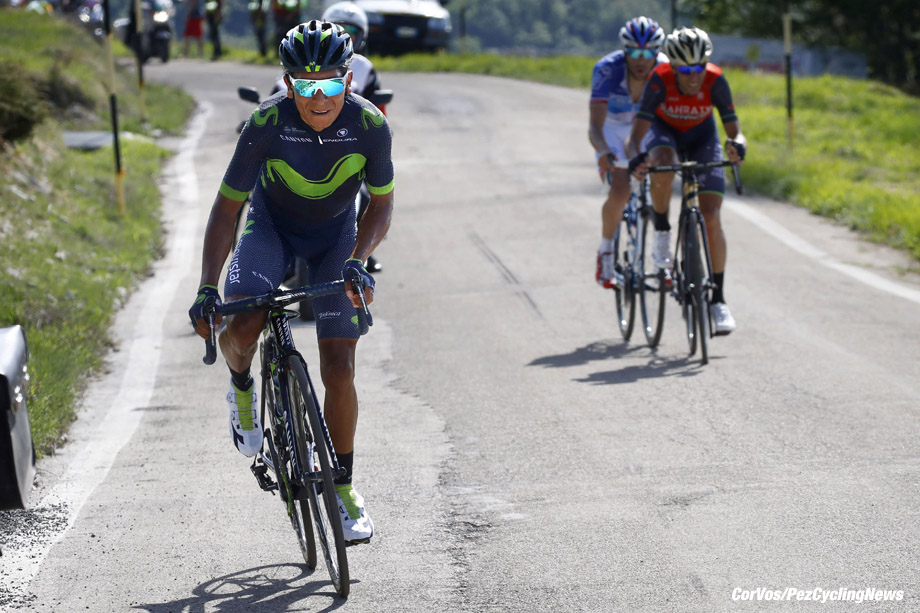 Giro Colombian climbing at the Giro by Nairo Quintana

Twins
One the face of it, FTP can be an excellent way to quantify workload, especially when power outputs are mostly below FTP, such that the demand is largely aerobic with minimal contributions from anaerobic metabolism.

However, let’s think through it further with an example. If Joe and Bill both had a FTP of 240 W and a weight of 60 kg (4.0 W/kg), riding at 180 W would cause similar strain on the two of them according to a fitness model based solely on their FTP.

However, this might break down a bit, especially once we get into harder efforts. What if Joe was a rider with a massive anaerobic capacity and huge sprinting peak power, while Bill has minimal anaerobic capacity or sprinting power? Would a 10 minute effort at 260 W be expected to produce the same amount of strain in both riders? Would that effort fatigue them in a similar way?

Multiple Parameters
In a previous article, I delved into the science behind Critical Power modeling, along with how Xert dynamically models your fitness signature based on Peak Power (highest power sustained for 1 s), High Intensity Energy (roughly analogous to your anaerobic work capacity of W’ in the scientific literature), and Threshold Power.

Here is how my fitness signatures have progressed over the course of 2017 to date. Green represents PP, purple represents HIE, and yellow represents TP. The circles represents “Breakthrough” workouts where 1 or more of the three parameters were altered based on the Xert analysis of that ride’s power profile. The sharp sudden jump upwards in PP coincides with my first outdoor ride of the year during my camp in San Diego, with sprinting and high PP much easier to generate outdoors than on a trainer.

I also explored the basic idea for Maximal Power Available (MPA), a real-time calculation of your level of fatigue and how much power you can still generate. This is your limit at any moment in time, and the ultimate goal of training is to push these limits outwards. Let’s see now how we can use that to track and plan our training.

First off, let’s look at a workout I did this past week. It was a high intensity interval training workout that I used successfully during my front-loading periodization this past winter. Namely, this was three sets of repeated 30 s max efforts followed by 15 s of recovery, and an extremely hard workout.

This screenshot presents the actual workout, with the red line my power output and the blue line how my MPA changes throughout the ride. The three numbers at the bottom represents how Xert modelled my Fitness Signature (PP = 1059 W, HIE = 24.6 kJ, TP = 248 W).

So that is my true fitness signature according to the Xert model, and the workout generated 140 Xert Strain Score (XSS).

Let’s see what happens if I pretended I was somebody else with different riding abilities.

Tour Rider
First, what if I had a much higher threshold power but with lower capacity for anaerobic work? We will keep my PP the same at 1059 W but decrease my HIE to 19.0 kJ and increase my TP to 280 W.

You will see from this graph that the exact same power profile has much less overall strain, with XSS of only 80 compared to 140. You will also see that the MPA graph dips down much less drastically than before, representing again a lower level of fatigue being generated by this workout. Difficulty (purple-shaded section) is also much lower suggesting this is much easier for the athlete.

Remember that my weight has not changed nor has my peak power. The only thing that we have changed here is the relative mix of my aerobic ability versus my anaerobic ability.

This hypothetical rider can be considered a classic Grand Tour type of rider, with a highly developed aerobic capacity. It is so well developed that even pretty hard efforts are not generating much in the way of strain.

Who Needs Oxygen?
Let’s pretend that I am someone different again. In this case, we will drop our TP back to 242 W, down a little bit from my true value of 248 W. However, we will raise our PP to 1400 W and our HIE to 30 kJ. This might represent someone with a very highly developed anaerobic capacity or a very high proportion of fast twitch muscle fibres.

Interestingly, despite the greatly improved anaerobic work capacity, the overall strain is actually a lot higher, at 178 compared to my true value of 140 XSS. This is because of the relatively low threshold power and aerobic capacity forcing a high reliance on anaerobic capacity.

Note also how the MPA graph dips pretty much as it did with my true values, reaching similar states of true fatigue in sets #2 and #3. But note how the “Difficulty Score” (purple graph) goes so much higher than the already high levels I actually sustained. What this suggests is that reaching these deep levels of fatigue is much more taxing and difficult because of the heavy reliance on anaerobic metabolism.

Individual Insights
A few lessons we can draw from this simple exercise right off the bat:

Remember that in these examples we are talking about an individual cyclist, rather than trying to compare different cyclists. This is ultimately what is most important, as we are concerned about improving ourselves.

Two riders will respond to the exact same workout in completely different ways, depending on their physiological makeup and fitness signature. Therefore, workouts ideally need to cater to these individual characteristics.

Concerning where my own strengths and limitations lie, it should be evident that I already have a decently developed peak power and high-intensity energy component of my fitness.

I also have an ability to handle a high degree of discomfort, based on how I could drop my MPA continually in sets #2 and 3, in the latter stages of a hard workout. This is also supported by the high “Difficulty Score” that I could generate. I would do well in events as in cyclocross and short road races with punchy hills.

Should I want to improve my ability in time-trials and longer road events, I would want to focus my training on raising my threshold power.. This will make those longer, hard efforts much easier and less fatiguing.

In all situations, I should keep in mind my particular strengths and weaknesses when planning race strategy and training. All elements of my individual capability can and should be leveraged, and having the detailed insight from multiple-parameter fitness modelling can greatly assist with this.

Summary
The power from this kind of multi-parameter fitness signature modelling can really come into play when we start to look at optimizing our training and designing smart workouts catering to the individual strengths and characteristics of the cyclist. Namely, we can design workouts that will cause the exact same level and type of strain, but the actual power outputs and duration of effort and recovery will be customized based on these individual characteristics. We will explore this in our next article.

Check out Xert for more information and a free trial subscription.

Getting More Out of Your Home Trainer Rides

How Bike Brands Are Coping With Covid