Toolbox: How Important is Hydration?

Since the mid-1990s, the public message has been overwhelmingly prevalent and clear – hydration is important and critical to health and performance. Our own Toolbox Editor Dr. Stephen Cheung tested this assumption head-on in a unique way with a study that received a lot of media attention. What did he find?

Hydration History
The importance and need for hydration has been an ongoing scientific battle and debate over the past 40 years, when the first sports drinks started becoming popular. Since that time, the pendulum has firmly swung in favour of fluid replacement during exercise being important. In 1996, the American College of Sports Medicine (ACSM) developed a fluid replacement Position Stand that urged at least the full replacement of sweat loss during exercise.

The core of this Position Stand was likely a classic study by Montain and Coyle (1992), where subjects cycled in the heat (33°C, 50%RH) while receiving 0, 20, 48, and 81% of fluid replacement compared to sweat loss. The less the fluid replacement, the higher the heart rates and core temperatures.

The importance of fluid replacement may become magnified in the heat, due to the increased demands for heat dissipation. In addition to great skin blood flow (and therefore less available to go to the muscles), there is also a greater rate of blood volume loss through sweating.

In 2007, ACSM prepared a new position stand on fluid replacement (Sawka et al., 2007). Rather than full fluid replacement, it proposed 400-800 mL/h, varying depending on size, environment, exercise intensity, etc. It also proposed that dehydration should be kept to less than 2% of body weight for health and performance. 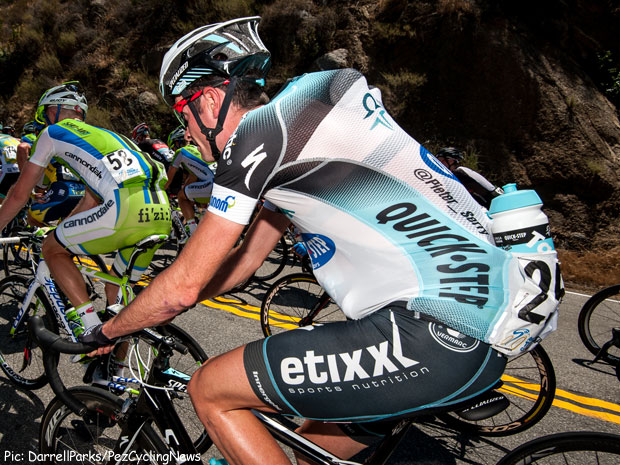 The Physical and the Mental
My M.Sc. student Cody Watson and I wanted to go back and test the true efficacy of hydration as an ergogenic aid. Our rationale was the continuing disparity between recommendation and practice, especially in elite marathoners who rarely touch a cup of water during competition even in the heat.

In looking through the literature, one thing was clear – all the existing literature did NOT blind the participants to their actual hydration status. By giving them fluid to drink, there is manipulation of both their physical state of hydration along with their psychological mindset. Namely, their thirst and their mental response to thirst were also being influenced.

The importance of the brain in determining how hard we are willing to exercise has certainly come into prominence in scientific research into performance over the past 15 years. So if you’re really used to drinking regularly and I told you that you don’t get to drink today, your mental template and mindset may be heavily influenced by that pre-knowledge and by your sense of thirst, and that may be the real cause of any performance decrement.

Cheung et al. 2015
So we wanted to study the separate and combined effects of both physical hydration and psychological sensation (thirst, pre-knowledge) on performance in the heat (Cheung et al., 2015). What did we do?

11 competitive cyclists and triathletes (55 mL/kg/min) who had experience with time trials and a peak power output during a graded test of 390 W.

Environment was 35°C and 10% relative humidity.

Basic protocol was a 90 min ride at a fixed rate (50% VO2max), followed by a 20 km TT. The only feedback they received during the TT was every 1 km mark.

For all trials, participants had an IV line in their arm. During both the 90 min steady ride and the 20 km TT, they either had 100% of their weight loss replaced in saline (warmed so they couldn’t feel its infusion), or else the IV was a sham with no fluid replacement. This got away from the conscious awareness of fluid replacement.

For some trials, participants were able to rinse their mouth with water as much as desired, while in other trials no rinsing was permitted.

This was a double-blinded study, where I and the other researchers also did not know the condition of the day. Only the paramedic performing the IV knew, and he went to great pains to keep his actions similar regardless of condition. 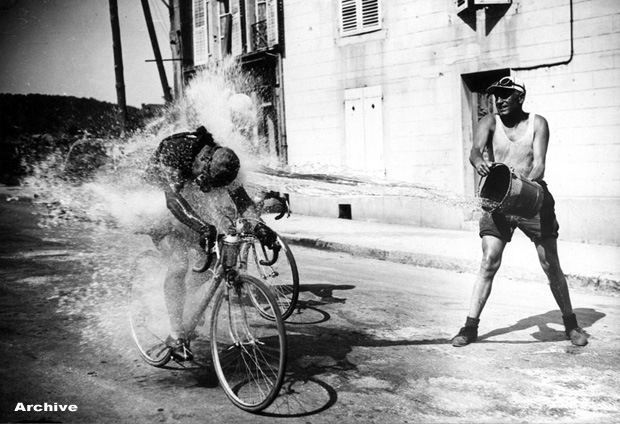 Thirsty Yet?
So what we set out to do was to physically isolate hydration by itself without the major confound of drinking and thirst. Conditions #2 and 4 above are unique in that they have not been studied at all in any prior experiment.

What were our results?

The blinding of hydration was successful. Interviewing the participants after all of their trials, they guessed the conditions correctly 61% of the time, but with only 54% confidence (where 50% was a blind guess).

The mouth rinse protocol also produced major differences in thirst throughout the experiment according to our perceptual scales.

No differences were seen across any of the 4 conditions in heart rate and core temperature during the 90 min of steady-state riding at 50% VO2max.

During the 20 km TT, both heart rate and core temperatures were higher in the dehydrated trials. This matches classical expectations like in Montain and Coyle. However, it is also important to note that none of the cyclists reached critical or dangerous levels of heart rate or core temperature.

Most important were the performance results. There were NO differences across any of the 4 conditions in average power output, pacing strategy, or 20 km TT completion time.

Summary
I did >20 media interviews the past week about this study, so I’ve had good practice in distilling the key messages and the important limitations and caveats of this study.

The primary message is that we showed that neither physical dehydration of 2-3% body weight, nor the associated thirst, actually impaired performance of about 2 h in the heat. So if you want to drink, do so, but it’s not going to really influence your performance within this range of exercise and dehydration.

What I have not tested are the effects of such repeated dehydration on day-to-day recovery, glycogen replacement, etc.

I also did not test the effects of electrolyte or carbohydrate replacement on performance.

This is NOT a blanket statement to ignore drinking and fluid replacement during daily training and living, as water is absolutely our most important nutrient. This is a very specific application to a one-off event where you’re aiming for peak performance.

Dowsett’s Hour
Is there proof in this scientific pudding? In a fortuitous bit of timing, my paper came out a week after Alex Dowsett’s breaking of the Hour Record in the Manchester velodrome.

Dowsett’s team deliberately set the velodrome temperature as high as it could go, to about 28-29°C (higher the temperature, the lower the air density and thus air resistance). This obviously could be negated by greater potential dehydration. The fact that this gamble worked certainly provides some indirect but real-life backing to the science in my view.