Nothing is worse than meeting “the man with the hammer” in the midst of a ride or a race. An essential part of race-day preparation is pre-race nutrition, and the timing and content of what you eat can have a huge impact on your actual performance. We know that it is essential to keep our fuel supply topped up during the ride, but what should we be eating before heading to the start line?

People Get Ready…
It’s getting to the finale of the cycling season, which means that our big events that we’re looking forward to or peaking for are coming up very rapidly. To achieve our peak performance on the big day, it means that as little as possible should be left to chance. As we have written before, it pays off to do your pre-race homework by tactically preparing for the possible race situations. This includes both knowing the course (with such tools as Google Earth, there really is no excuse for not at least knowing the general overview) and also the way the race might play out. It should be obvious that your equipment should be tuned and running perfectly too. Of course, all of these things should be practiced ahead of time so that there are no surprises on race day.

The other important aspect of race preparation is physiological. One aspect of physical preparation involves doing the proper warmup for what efforts you might be facing. The other aspect is that you should ensure that your body is fueled properly for the race both in the days before and on race day itself. 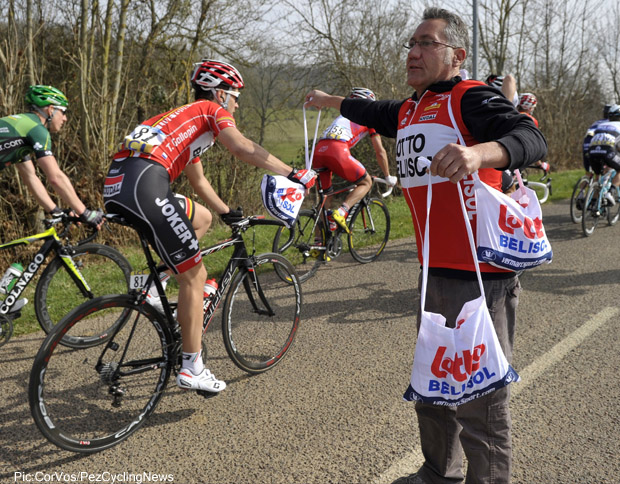 In simple terms, low glycemic foods are thought to enter the bloodstream more gradually and elicit a lower insulin response, while high glycemic index foods are felt to enter the bloodstream rapidly, resulting in a high spike in blood sugar and resultant spike in insulin response. We have probably all felt this type of reaction when we are starving and grab a sugary treat or candy bar. We feel great for a little bit, but then seem to crash and be even more tired and starved a short while later. Not surprisingly then, pure glucose forms the upper ceiling for the GI – ranking at a value of 100 with every other food assigned a score relative to this.

Glycemic Index Before Racing?
Assuming your nutritional plans are going well and you are properly hydrated, the final question in the hour or so before your event begins is whether you should be eating anything, and if so is there a preferred food? Should you aim for a high GI food in search of that larger blood glucose availability, or is a low GI food better by giving you more gradual and sustained energy?

This question was the basis for a 2010 study by a UK research group (Moore et al. 2010), where they tested a low versus high GI intake 45 minutes before a 40 km TT. Some study particulars:

• Ten male cyclists who logged an average of 150 km per week participated, with a mean VO2max of 58.2 mL/kg/min.

• One of the main goals of the study was to maximize “ecological validity,” otherwise known as “real world relevance.” Therefore, the researchers chose a 40 km TT in the lab using a Velotron ergometer, with the trials occurring at least seven days apart and at the same time of the day to minimize training effect or influences from time of day.

• To standardize diet, subjects ate similar meals for two days prior to each trial.

• 45 minutes before each test, subjects were given a standard meal of 1 g of carbohydrate per kilogram body weight. This was mainly in the form of dry cereal (e.g. corn flakes for high GI = 72, bran flakes for low GI = 30) with semi-skimmed milk. The calories of the two meals were a bit different, with 386 and 422 kcal for High and Low, respectively, for a 70 kg subject.

• During the TT, blood samples were collected and analyzed for blood glucose, lactate, insulin, free fatty acids, and triglycerides.

• Expired air was collected and sampled for oxygen uptake and carbon dioxide production in order to calculate energy expenditure and fuel usage rates.

Go High or Go Low?
Overall, the study was quite well designed and controlled. There certainly is an increased trend to using time trial efforts in scientific research rather than the traditional test of riding at a constant effort until you voluntarily quit or stop for some other reason. One of my very first scientific papers, back in 1995, demonstrated the high variability in response to a set workload to exhaustion (McLellan et al. 1995). This means that any manipulation that is tested using such a protocol will need to have a huge effect to be seen statistically.

Furthermore, the measurement of fuel use and blood allowed the researchers to explore the mechanisms underlying any observed changes, rather just simply describing a change. Summary of the results include:

• Blood glucose levels spiked much higher 45 min after feeding with the High GI meal, rising from a baseline of 4.5 mmol to about 7.0 mmol (normally, blood glucose is very tightly regulated between 4-6 mmol). With the Low GI meal, blood glucose rose slightly from 4.5 to 5.5 mmol. Blood glucose dropped rapidly from the start of the TT, reaching a stable level between 4.5-5.0 mmol within 20 min for both conditions.

• In response to the blood glucose spike with the High GI meal, blood insulin also was much higher than with the Low GI meal.

• The arguably most important result was also the strangest one. The Low GI TT was significantly faster than the High GI. What was strange was the very slow time in both conditions, of 93 +/-8 min and 96 +/- 7 min, respectively. This was well below what would be expected of fit cyclists, and is closer to an extremely slow touring pace. Considering that they were working at >3 L/min work rate (70+% VO2max), I can only assume that this was a typo and that they meant 63 and 66 min?

• Respiratory Exchange Ratio (RER), and indicator of what fuel is being used by the body, was significantly higher with the Low GI trial. This suggests that a greater use of carbohydrates was occurring. At the same time, fat oxidation seemed to be lower with the Low GI trial. This was quite different from their initial expectations, as it was hypothesized that the greater blood glucose levels with High GI feeding would spur a greater reliance on carbohydrates. From the data, the authors speculated that the opposite was actually true – namely, the steadier release of carbohydrates into the bloodstream with Low GI permitted a greater reliance on carbohydrates and potentially a sparing of muscle and liver glycogen.

• Interestingly, despite the faster speed and finishing time with the Low GI condition, subjective ratings of perceived exertion (RPE) was significantly lower than with the High GI trial. Again, this lower perception of effort may be due to the more gradual release of carbohydrates from the meal preserving glycogen stores and minimizing physiological feedback of fatigue.

Summary
Sports nutrition is very nuanced and not a simple matter of “a calorie is a calorie is a calorie.” Other studies have looked at questions such as how much to eat at particular times prior to competition. This study suggests that, beyond straight numbers, the nature of what you eat is important too.

In the scenario of a fairly intense effort such as a long (>20 km) TT, this study suggests that a small, low glycemic index meal, may be a better pre-event snack than a high glycemic source containing lots of simple sugars. Interestingly, this conclusion is backed up not just by the physiological data, but also by the perceptual data of a lower sensation of effort despite a higher workload. Note that many sports drinks or gels tend to be high GI, so they may not be the best options despite their convenience.

The real take-home message is that, like trying out different tires, wheels, or other equipment before a race to pick the best combination, it is equally important to try out different pre-race eating strategies in practice before your main competition. Try out different foods prior to training, and keep careful notes of both how your stomach fared with digestion and also how you felt during the ride itself. Eventually, you should be able to settle on your own special rocket fuel.