Le Tour: twenty one days and two thousand miles, by any measure it is a massive amount of work. While you may not undertake anything approaching Tour de France proportions, you may well face the risk of overtraining. How can you identify, and more importantly prevent this season derailing occurrence? 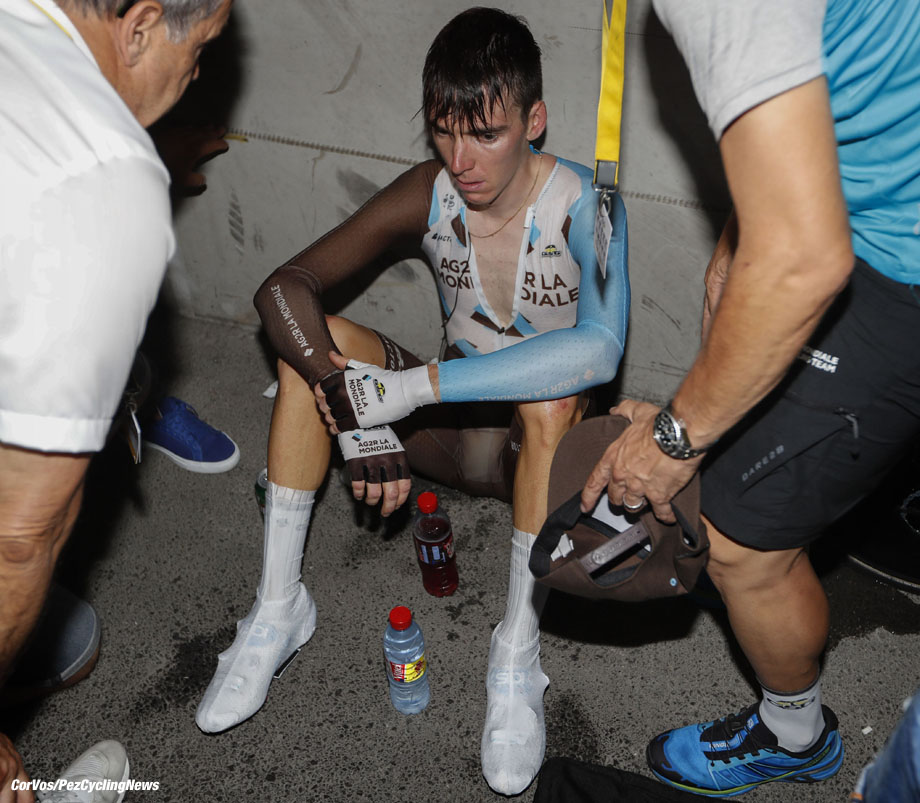 July and August are tenuous times. For many they come along after month upon month of hard training and racing, with burnout commonly sitting at the edge of our consciousness. For others they are at the start of the hard training and focus necessary for the coming cyclocross season. For everyone, the long days of summer usually represent a chance to ride more but, alas, beware the costs of week after week of hard work, for the pitfalls can be substantial!

Overtraining Defined
We all like to ride, a lot if I’m guessing correctly. Cycling an intoxicating endeavor; when we first start riding most of us benefit from the simple habit of riding. The imposition of consistency is a great first step for new riders and the classic “more is better” mindset is easy to embrace, so we ride more, then a bit more. When we discover intervals and high intensity training the rate of improvement accelerates and we can easily apply the same attitude here as well, if I just do a few more efforts I’ll be faster!

This constant push for improvement is the bedrock upon which overtraining can take hold. So, what is overtraining anyway? Chronic overtraining, known as Over Training Syndrome (OTS), is typically defined as a long term decrease in performance capacity as a result of prolonged and excessive training, decreased recovery, and concomitant stressors like psychological, biochemical and neuroendocrine disturbances.

Over-Reaching vs. Overtraining
Often you will hear racers speak of being “overtrained” before the start of a race, but the reality is that overtraining is a very specific, long term consequence that, while not easy to identify, is substantial enough that you want to avoid it at all costs. More often those same riders are actually speaking of being “overreached”. Over-reaching (OR) is usually described as a “recoverable” state from excessive training load, meaning that most athletes can reduce the impact of OR with a couple of weeks of modified training and rest. It is also widely thought that the parameters of OR are somewhat independent of OTS.

The lay and scientific literature are rife with misuse of the terms “over-reaching” and “overtraining,” with many authors mistakenly using the words interchangeably. As noted above, a sudden increase in acute training load by itself is not overtraining, and is indeed mandatory to force the body to adapt and improve. Thus, it is important to keep these terms and concepts separate as you peruse the lay literature.

OR is often thought of as a precursor to over training if it is not recognized, and if critical steps are not taken to alleviate the downward spiral. The problem with this view is that it looks solely at the training component and neglects the additional stressors and disturbances that are present in a majority of OTS cases.

Overtraining Diagnosis
OK, so what IS overtraining?

While there is no universal definition of overtraining, there is agreement that it includes factors beyond simply the imposition of a heavy training load for a long period of time. Determining if an athlete is overtrained is similarly ephemeral, though most agree that time-to-fatigue exercise performance tests are needed to diagnose OTS. These tests often takes the form of multiple maximal performance tests separated by some recovery period (e.g. 4 hours between tests). A decrement of at least 10% between tests is considered significant and should be substantiated by additional hormonal and mood state assessments. Also, heart rate variability shows promise as a diagnostic tool due to its ease of use and low cost, though a standardized protocol and analysis are needed for reproducibility.

Research has shown that athletes who are suffering performance adaptation problems often have hypothalamic, pituitary, and adrenal dysfunction, often called the HPA axis response. This occurs in addition to reporting decreased scores on the Profile of Mood States (POMS) questionnaire, sleep disturbance, and anxiety. Clearly, OTS is much more than simply riding a lot and feeling tired.

Overtraining Derailed
Preventing OTS is more straight forward than diagnosing it. Keeping a consistent and comprehensive training log is one of the best ways to keep track of your training and mood states over a long period of time. A training log allows you to look back at particular blocks and see if you were eating well, sleeping well, and generally in a good mood most of the time. These and other factors like actual performance provide an essential first view into potential problems.

Another key is to take a realistic and comprehensive look at your training, both previous and planned. Patterns will emerge and with that knowledge you can begin to identify pre-cursors of overreaching before it slips into OTS. How did you respond to a dramatic increase in training volume in the past? How long did those adaptations take to settle in, or slip away? 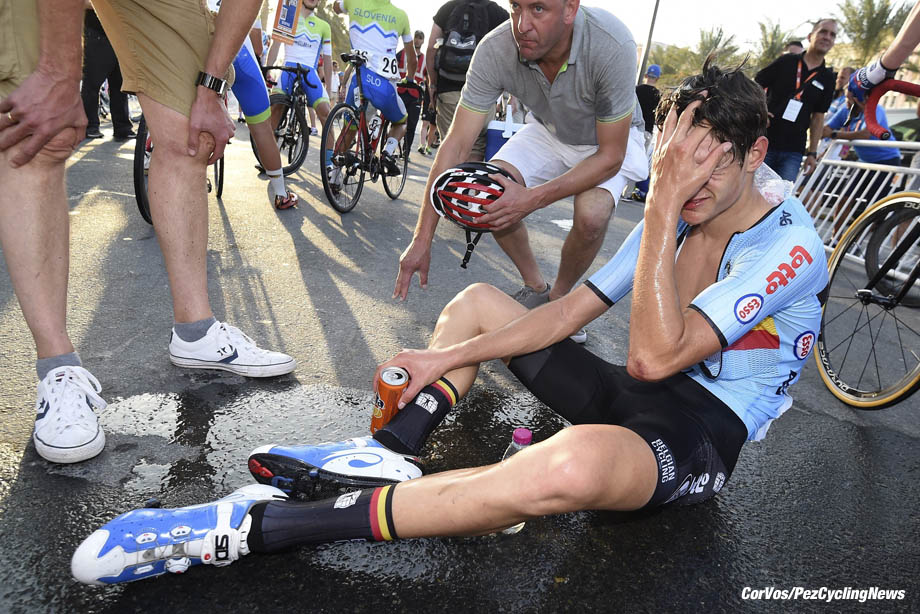 Summary
Lots of hard training is fundamental to success in cycling. While these realities are well known to most athletes, what is less well known are the specific factors that may lead one into a state of Over Training Syndrome, and its associated symptoms of chronic fatigue and performance decrements. It is presumed that there is a combination of both large training volumes and intensities, in concert with other hormonal, mood, or psychological disturbances. Assessment is usually done via a series of time-to-fatigue performance tests, backstopped with additional testing of hormone levels, psychological assessments, and other testing.

Prevention is absolutely key to preventing OTS. Whenever you record a sudden drop in your racing performance, training metrics, or mood disturbances, the absolute worst advice is to “Harden the F*^& Up” or to train more/harder. Instead, the much wiser approach is to take a break from the bike until your motivation returns. Even if this doesn’t happen to you, July or August is the perfect time to take a week off as prevention to ensure that you finish the year strong.

Ride hard, rest harder, and enjoy the rest of your summer!

About Matt McNamara: Matt is a USA Cycling Level 1 coach with over 20 years of racing, coaching and team management experience. This fall he is once again jumping into the ‘cross game in anticipation of a massive El Nino in Northern California and the arrival of much needed (and anticipated) rain! Matt is the founder and president of Sterling Sports Group. Learn more by visiting him online at www.sterlingwins.com.