“Train easy in order to train hard” along with “Ride your easy rides easy and your hard rides hard” epitomizes the idea of polarized training. Let’s look at the evolution of speedskating over the past four decades to see how changes in a sport led to changes in how training occurred. 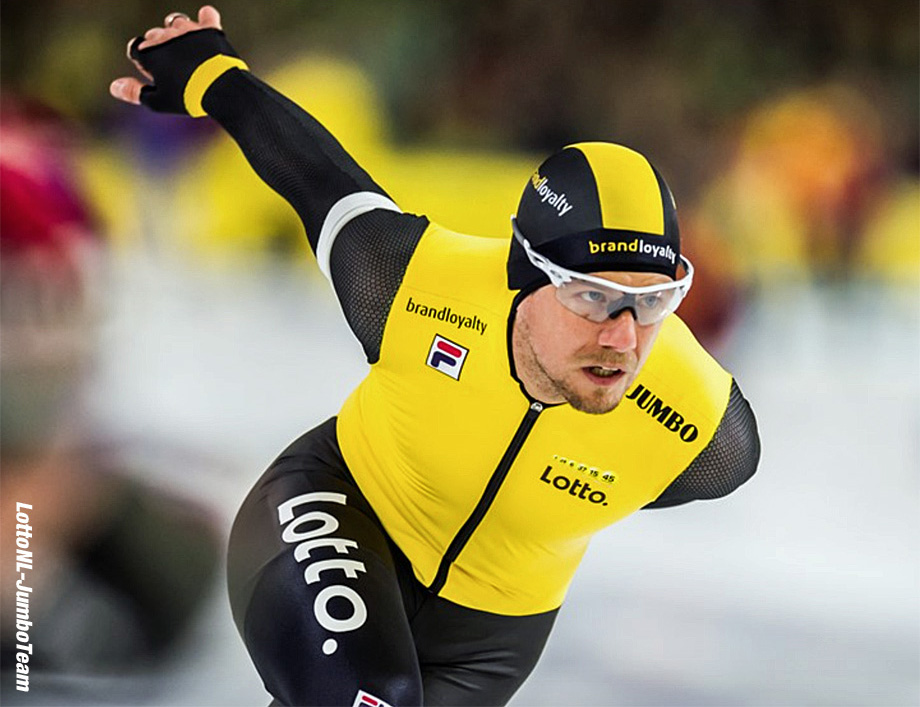 Earlier this year, I profiled Dr. Stephen Seiler and his philosophy of polarized training, where training intensity is highly polarized with a preponderance of volume (~80%) spent in relatively low intensity. Tim Cusick followed this up with an excellent practical approach to polarized training.

Today, let’s look at whether polarized training does indeed occur in other endurance sports, focusing on the sport of long-track speedskating.

Sports Evolution
While bike racing today may seem drastically different from 50 or even 20 years ago, in many ways not much has changed from the days of LeMond, Hinault, Merckx, or even Anquetil & Coppi. Bike races still take place on open roads throughout almost the entire calendar year. The cobbled classics still feature cobbles, and the Grand Tours are still three weeks long.

One interesting question I’ve explored previously is whether it is possible to compare cyclists across generations in terms of pure talent and physiology. In that article, I highlighted the many technological changes in speedskating, and explored a model whereby the technological improvements were factored out, leaving a comparison of the physiology (de Koning 2010).

The conclusion from this model was that the improvements in speedskating over the past 4 decades have been roughly 50:50 between improvements in technology and the skaters themselves. However, the majority of the skater improvement came from external factors such as better support systems (coaches, nutrition) along with the greater availability in ice time for training.

Specific Training
This last concept is ice time availability is pretty unique to speedskating, and makes it a unique case study compared to other endurance sports like cycling, swimming, and running. What do I mean?

For cyclists, swimmers, and runners, the training venue availability has not really changed over the decades, so the overall quantity of specific training has been roughly similar through the years.

In some winter sports like Nordic and Alpine skiing, increased professionalism and budgets means that there are teams that can now afford to travel to find snow, allowing more specific training. But the increase in training time hasn’t been overly dramatic.

Speedskating, however, was an outdoor sport until a permanent move indoors since the 1994 Olympics (Calgary 1988 was indoors, but Albertville 1992 was outdoors). Beyond removing the vagaries of outdoor temperatures and wind, the move indoors meant an exponential increase in ice availability to 8-10 months throughout the year, rather than being restricted to ~4 months. 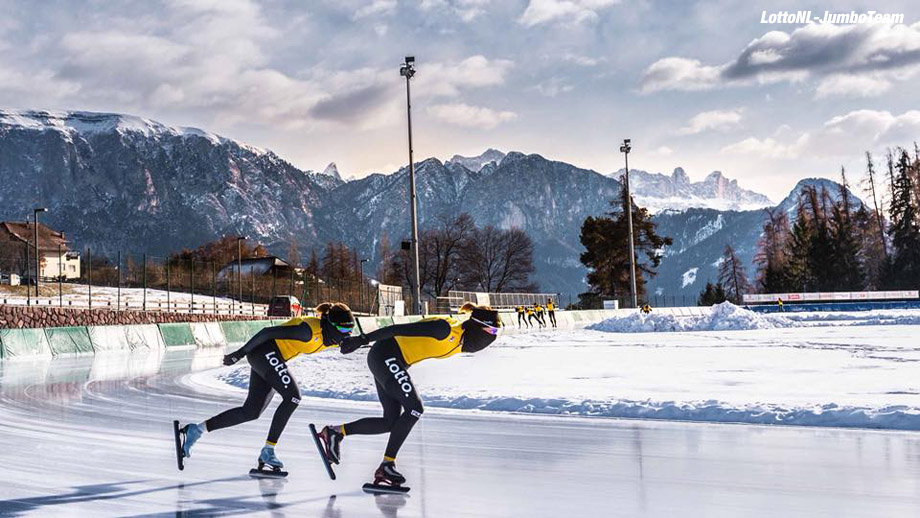 So what did speedskaters do with all of this extra ice time?

Orie et al. 2014
This was the focus of a retrospective study, again by my friend Jos de Koning from the Vrije Universiteit Amsterdam (Orie et al. 2014). Here was the basic setup:

• Given the stochastic and interval-intensive nature of speedskating in a crouched position, along with the limited data breakdown, training data was analyzed for “active” training time (i.e., on parts of intervals but not the recovery parts).

• Other training was also analyzed, such as inline skating, cycling, etc.

The Inside Track
A clean and easy story to tell, with more ice time availability meaning lots more training possible, right? Surprisingly, the data tells a much more nuanced and interesting story:

• Against hypothesis, the actual volume of training did NOT change over the decades. Actual hours per week was roughly maintained at about 6-7 h/week.

Why Not More Skating?
The surprising outcome of the analysis was that, even with more ice availability, on-ice skating time did not increase. One theory for this was the extreme crouched position of speedskating and the long stride times, meaning that blood flow could be restricted on the gliding leg. This could mean that even “endurance” skating is inherently highly anaerobic in nature, such that it’s not really possible to add much more skating time due to the high intensity.

The authors also theorized that the increasing length of the competitive season, along with the internationalization of the sport, means more travel and tapering, both of which limit the amount of training.

Polarized Skating
What is also remarkable was the dramatic shift towards a preponderance of low-intensity training over the decades. Essentially, skaters moved from a classic “threshold” distribution of training towards an extremely polarized model.

At the same time, from 1972 to 2010, world record times for men in the 1500, 5000, and 10000 m events improved by about 18%. This required an approximate increase in power or efficiency of ~57%! Even if half of this came from technology and efficiency improvements (e.g., klap skates, better ice, better clothing), that still leaves about 30% due to improvements in the skaters.

As de Koning (2010) suggested, it’s unlikely that human evolution has advanced that greatly in 40 years, making the support system likely responsible for the remaining improvements. While both studies relied on retrospective analysis and cannot prove cause and effect, there is a good chance that this shift towards polarized training was a major factor towards the speedskating improvements through the decades.

Summary
There are lots of caveats with retrospective studies, but I liked this case study into how a sport has evolved over the decades. For me, the study reinforces that polarized training is an established recipe for success across numerous endurance sports.

So I’ll finish with the words I led this story with:

“Ride your easy rides easy and your hard rides hard” 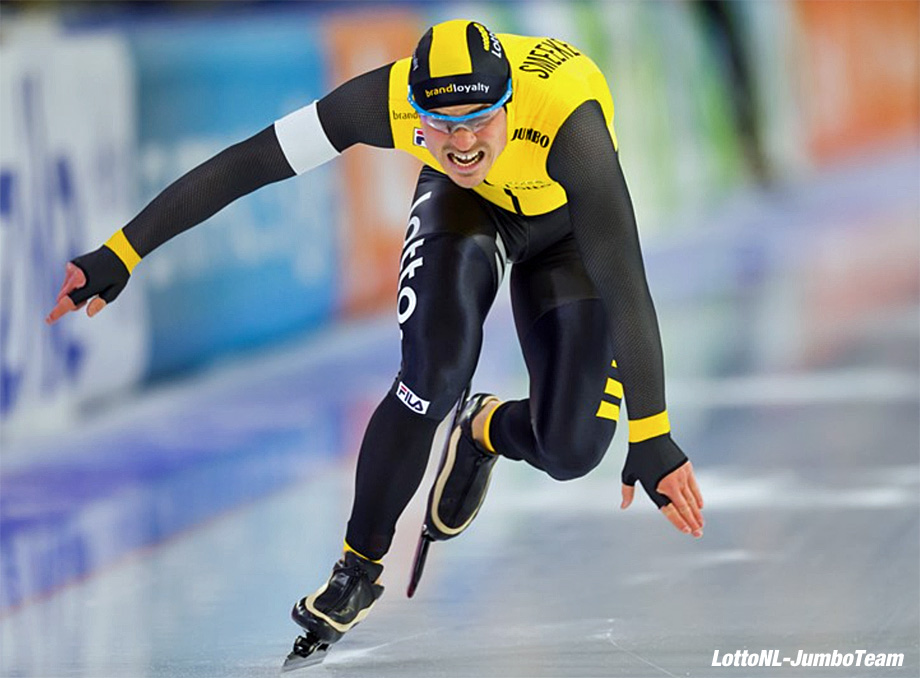