Toolbox: Last week, we gave a general overview of a valuable set of basic testing to perform in order to obtain your general power profile. The next step, of course, is to dissect that data further to gain deeper insight into out strengths and limitations. From there, we also need to develop a plan to move forward and achieve our cycling goals.

By Stephen Cheung and Tim Cusick

Last week’s article focused on the mechanics of testing, outlining how to go about achieving a 5 s, 1 min, 5 min, and 20 min maximal efforts. Now it’s time to look a bit deeper about what it actually means.

Power Profile
The first thing to do is to examine your overall power profile from a broad perspective. Below are the values that I achieved in October at Peaks Coaching Group’s Fall Camp, along with the peak values achieved right around New Year’s Day, during a winter testing week.

As context, the latter tests were done after a full 3 months of CX racing ending December 5, after which I took time completely off the bike and any exercise at all until Boxing Day, except for a couple days of snowboarding. This constituted my first full break from cycling in many years.

As reference, the rankings go, from lowest to highest, as follows: Untrained, Fair, Moderate, Good, Very Good, Excellent, Exceptional, World Class. Note that the rankings are for the best performances across EACH duration individually (e.g., 5 s rankings are based on top track sprinters, FTP on top time trialists, etc.), rather than taking one single world-class rider and looking at their profile across all four durations.

The basic interpretation of such a profile, which is essentially a mostly flat pattern across the four durations, is that I’m a decent all-arounder with no particularly huge strengths or huge limits. In reviewing my racing history on both road and CX, that’s a fair overall assessment. In my Master’s category, I’m competitive in that I rarely get dropped, but I’m almost never on the podium either in terms of being able to ride my competitors off my wheel or make attacks that stick.

The other interpretation is that most non-elite athletes tend to exhibit this horizontal profile. That is because the training is fairly non-specific, in that we try to tackle a little bit of everything and do not train or race any specific area enough. Therefore, our natural abilities may not really get a chance to reveal themselves.

Great, Now What?
The Power Profile provides one critical piece of the overall puzzle into who we are as cyclists. It tells us where we stand in terms of our basic abilities right now. This is equivalent to the shopping mall map with the big red dot saying “You Are Here!”

To use it properly, however, the next step is to match your current abilities to where you want to be this coming season. That is, you need to find your final destination on that map, and then plan your path accordingly.

This is where you need to actually analyze the races or events that you want to do the best in. Not just when they are in terms of planning to peak for them, but what are the actual physical demands in order to excel? Here are two examples:

1. I only do a few road races a year now, and above all in importance is our 60 km Niagara Classic road race in mid-May. Organized by my club and with the starting line 5 km from home, it is held on a 12 km circuit that is flat to undulating, but each lap features a hard 500 m ascent up a 15-17% climb. Each year, I’m completely comfortable riding in the pack and can handily maneuver myself to be about 5th wheel at the base. However, despite averaging >350 W for 2 min, I still end up falling through the pack to about 30-40th spot by the top. End message is that, to improve my placing, I need to train to increase my 2 min wattage significantly.

2. In cyclocross, I typically ended up about 7-11th out of 40 riders or so, about 1.5 – 2 min behind the winner in the 45-50 min race. That’s a lot of pure time to make up, nearly 15 s per lap. In addition, CX is marked by repeated 5-10 s bursts of very high power outputs from a low cadence, repeated over and over with short recovery of very low power output or coasting. 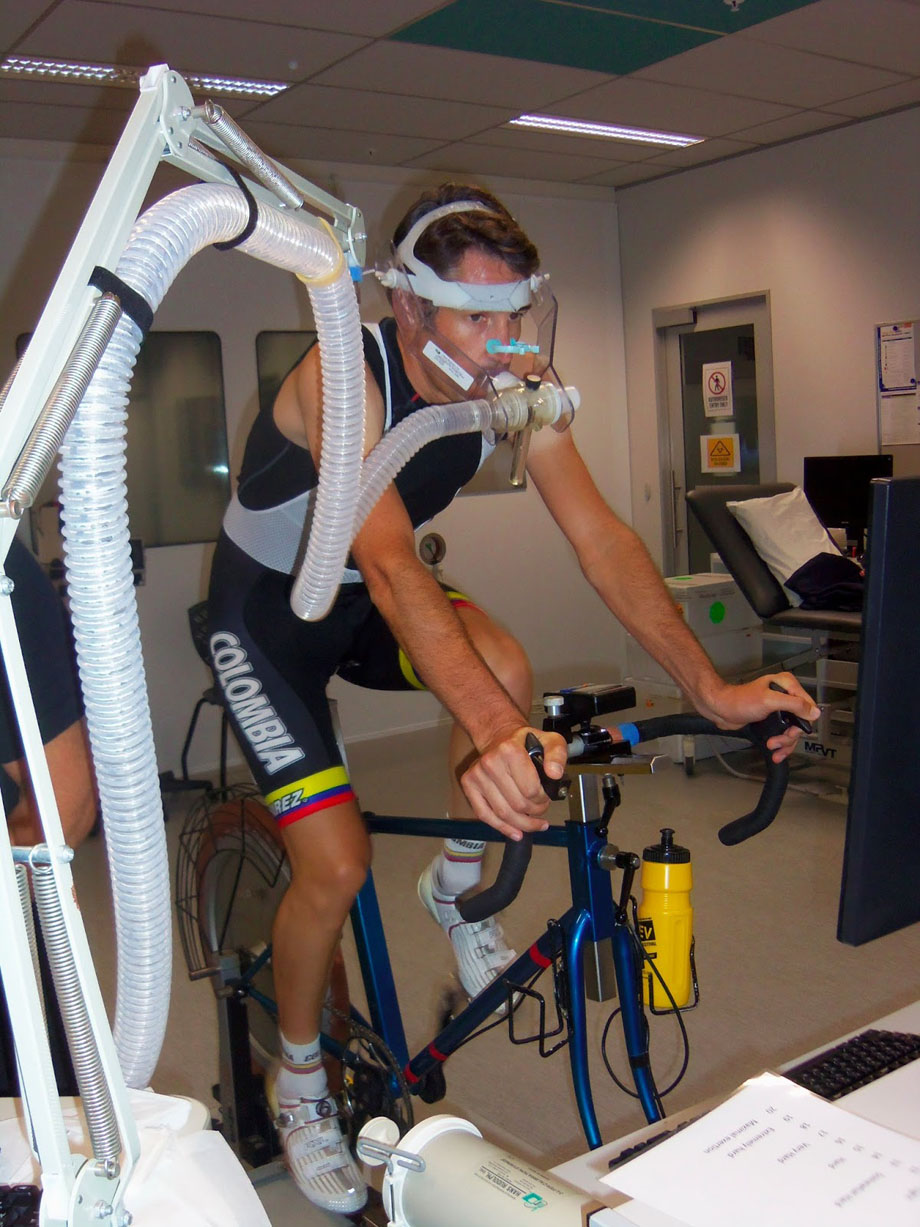 Tim’s View
For Stephen to position himself to achieve his goals of podium performance, his Power Profile gives us some key insight, some of which is obvious, some a little more obscure. It is important to note, that when using the power profile as the “diagnosis” to your training, the actual rankings of the categories against all other athletes is not as important as comparing your “system ranking” against themselves. Regardless of how Stephen “ranked” against others, his power profile suggests a limiter in the anaerobic capacity area.

The first observation is his 1 minute power, indicative of his anaerobic capacity, is lower than the other systems measured and suggests a limiter. Whereas this is true and we will use this as our first assumption, there are some other observations to be made.

His 5 minute VO2Max numbers are a good bit higher than his 20 minute Functional Power Threshold (FTP) Test and this suggests a second issue, his FTP is “underdeveloped” and has more potential to grow than he might guess (and if focused on is actually more likely to lead to success).

To create Stephen’s “map” we need to implement what we learned over time and as part of a periodized plan. During the winter months Foundation Training Phase he should make FTP (increasing his threshold) his Primary Fitness Focus. The best way to do this in the Foundation Phase is a steady dose of Sweet Spot / Sub Threshold intervals (can build up to 2 – 3 times per week, if not more) of 20 minutes or more. Sweet Spot Intervals are intervals completed at 88%-92% of his FTP and typically done as 2 x 20 minute efforts with 5 minutes of rest in-between. These will raise his threshold by raising it from “below” and will avoid training at too much intensity for this phase.

With the FTP being targeted as the Primary Fitness Focus, we need to target Stephen’s anaerobic capacity as the Secondary Fitness Focus. I would suggest one day of working on anaerobic power every other week as we don’t want to push too much intensity through the winter and make a “January Star”.

Why focus on his FTP first? Two reasons; First, his VO2Max suggests there is room to grow there and FTP is the key indicator of success in road racing and cross. I get a lot of athletes who believe they are being “dropped” because of the high number of surges and “strength of surges” that really is a lack of threshold.

We need to make more of Stephen’s “time at race pace” occur below his threshold. This will make a significant improvement in his ability to respond to moves and attacks and not get popped. Second, improving his FTP in the winter will give us more fitness and sustainable power to work on his anaerobic capacity in the spring training phase. He will see a correlation of the improved FTP and the “number of anaerobic intervals” he can do.

Summary
The winter is the ideal time to really do some hard analysis and planning. Objectively analyze what went right and what did not, and make plans to address these. As you see here, every rider is different in both their capabilities and also their goals. So rather than just riding, analyze what you want to achieve in 2016 and what it takes to get there. Next week, we will refine our analysis even further by looking at the concept of Fatigue Profile.

About Tim Cusick
Tim Cusick is a USA Cycling Coach and Master Coach with Peaks Coaching Group. Tim has been coaching for over 10 years, focusing on training and racing with power data. You can reach Tim for comments at [email protected] , and check out Tim and the entire Peaks Coaching Group for more information on coaching services, camps, and products.