Toolbox: Put Your Foot In It

Speed is built on a lot of things. Wheels, aerodynamic frames, nutrition, threshold workouts – you know the list. After all of these have been addressed, what’s left? Just the little stuff. Finding that one percent. At the upper echelons of the sport, and to some degree in amateur racing as well, the little stuff is everything. For example have you considered the role and importance of the foot in performance?

I got a slick new pair of shoes awhile back. Carbon soles, various retention systems, white. They are stiff, transfer energy efficiently and look great to boot. They fully cradle my foot ably. Unfortunately, I have feet like a tiny baby and the shoes are so stiff that they actually bruised the first few times I wore them. Make your jokes, but it got me thinking about feet a little. The foot plays such a pivotal role in your cycling, yet you likely don’t think much about it, so let’s…

The Foot
The foot is made up of 28 bones and 20 muscles (or 19 depending on how you define the extensor hallucis brevis, but I digress). Bones and muscles whose primary functions are to establish a coupling between the lower leg and the drive train, and to create a rigid lever for transmitting forces of the leg muscle to the drive train by way of a shoe and cleat. Since I’m not that smart I’ve asked Dr. Kirk Herring, a Spokane based Podiatrist (and long term athlete of mine), for help in clarifying the complex relationship therein.

In this first part, let’s break the pedal stroke into phases and talk a bit about planes of movement and applicable terminology (hey, this is fun!). There is some debate about the particulars of muscle activation in the various phases that we’ll jump into next time, but for today’s purpose let’s keep it mostly about the general patterns of movement.

The Terminology
Here is some basic terminology to know and a couple of anatomical reference images: 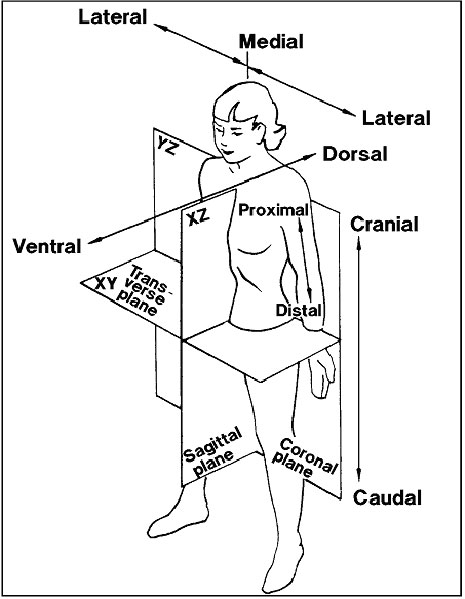 The Frontal Plane: A line down the center of the body that divides it into front and back halves

The Transverse Plane: A line through the center of the body that divides it into upper and lower halves

The Sagittal Plane: A line down the center of the body that divides it into right and left halves. 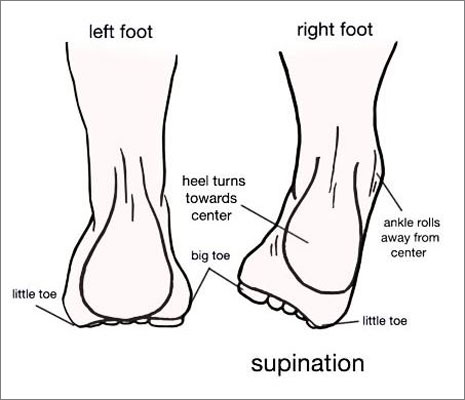 Supination: The external rotation of the foot around an axis that runs from heel to toe. 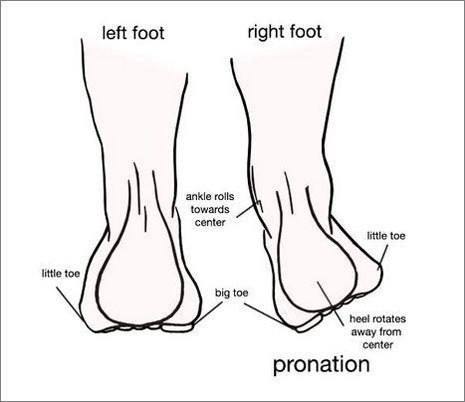 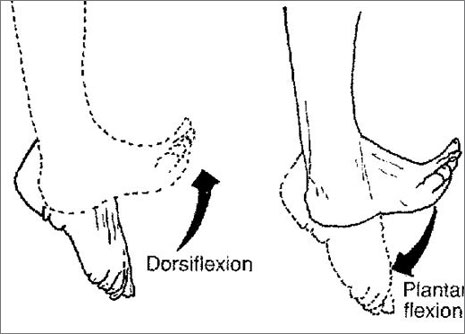 Dorsiflexion: Movement that decreases the angle of the foot to the lower leg, lifting your toes up

Plantar Flexion: Movement that increases the angle of the foot relative to the lower leg, extending your toes down.

The Power Phase:
From the top of the pedal stroke – top dead center – to the bottom is often called the power phase (for obvious reasons). What’s important here is that foot function is split between supination, in the early power phase, and pronation through the terminal phase.

Recall, supination is the external rotation of the foot around an axis that runs from heel to toe. Pronation is internal rotation around the same axis. The foot rotates around this axis as it adapts and compensates for “positional and structural abnormalities of the lower extremity” according to Dr. Herring, in an effort to maximize force delivery. This is one of the reasons inserts or “wedges” have come to prominence in the last few years.

The Recovery Phase
Once through the power phase we reach the oft-overlooked recovery phase. This is basically the second half of the circle; the return of the foot to top dead center. In this phase the foot is neutral to supine (externally rotated) in orientation which allows the muscles of the lower leg to act, pull up across a more rigid structure as it prepares to re-stabilize at the top of the stroke.

The Transitional Phases
Overlooked in the above summary is the role of what are called ‘transitional’ phases. These are basically the movements centered around the bottom (say five o’clock to seven o’clock) and top (eleven o’clock to one o’clock) few degrees of the circle.

During the ‘Transitional Recovery Phase” the foot is re-supinating, or moving towards neutral. Remember that this is a rotational description, but indicates a change in power transfer as the athlete continues to apply force through the bottom of the pedal stroke.

At the other end of the circuit is the “Transitional Power Phase” where the foot, still supinated, is preparing to accept the forces of the upper leg muscles as the cycle begins again. Supination is necessary for force production at the foot.

I find the transitional phases particularly interesting because of their role in cycling efficiency. Too often new riders simply push through the power phase and skip the rest. True efficiency is recognizing where optimal force can be applied beyond the classic noon-to-six o’clock focus.

These transitional phases are also where plantar and dorsi flexion can play a role. By dropping the heel a little bit (dorsiflexion) between three and six o’clock, or by employing an ankling technique whereby plantar flexion is used to generate more force between two and five o’clock, the rider is able to increase efficiency and offload some of the workload on the lower leg to different muscles and movement patterns.

Similarly, dorsiflexion at the top of the pedal stroke, the transitional power phase, helps drive the upper leg over top dead center (TDC) while more quickly moving the foot to neutral and supinated than if a less refined plantarflexion approach is used. This is refined motor pattern thinking, but is easily learned and, when properly implemented, very effective.

Summary
The role of the foot in pedaling is often under-valued. In this article we’ve identified four primary phases of the pedal stroke; they are the power phase, the recovery phase and the two transitional phases, recovery transitional and power transitional. Today we focused on defining the phases and introducing a few key components of the foot’s movement including supination, pronation, dorsiflexion and plantarflexion. Next time we’ll delve into the musculature and individual differences that can be addressed for athletes trying to optimize their performance by finding the little extras that matter.

Matt is a USA Cycling Level 1 coach with over 20 years of racing, coaching and team management experience. He is the founder and president of Sterling Sports Group. If you have any questions or comments please feel free to contact him directly at [email protected] . You can learn more by visiting his website at www.sterlingwins.com.