TOOLBOX: Cycling is built on the lore of climbing big mountains, that epic battle of humans versus the environment. But surprisingly, not that much research has explored the biomechanics of climbing, notably the differences in biomechanics and physiology of seated versus standing climbing. 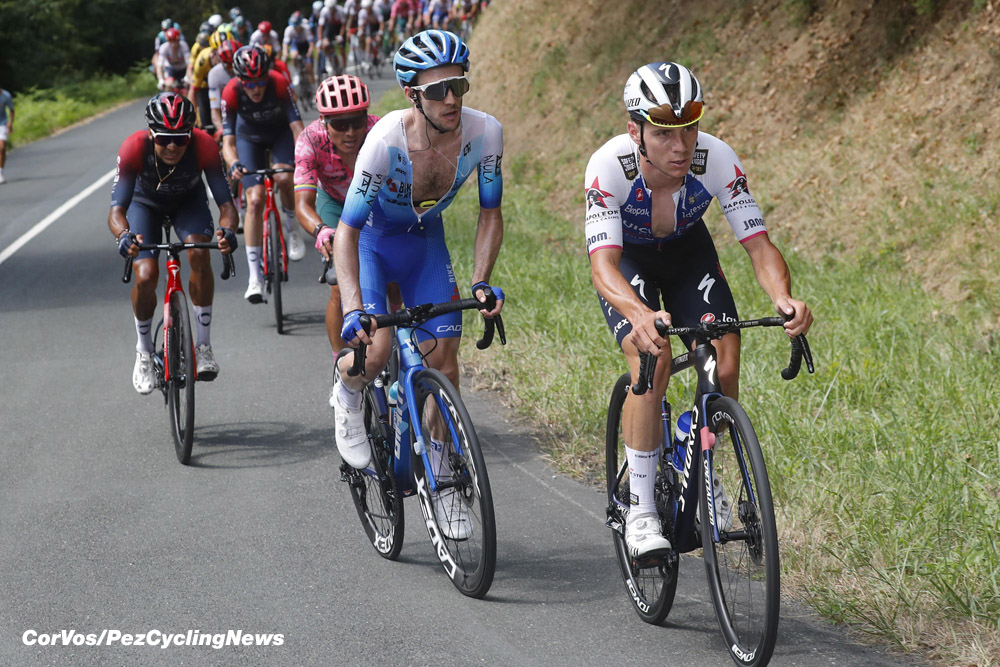 The Mountains and Myth
Despite what sprinters and track cyclists may tell you, one of the biggest fascinations about the sport of cycling is climbing. Just think of the Italian tifosi’s mythmaking of the mercurial career of Marco Pantani. Or scan the bookshelves at the local bookstore for all of the glossy coloured books about the Alps or climbs to ride before you die. Even the one day Monuments like Milan-San Remo are anchored by the decisive climbs of the Cipressa and Poggio. And most modern Gran Fondos and century rides are built around the challenge of tackling big climbs.

So for most disciplines of cycling, the ability to enjoy or at least tolerate climbing is essential. But surprisingly, compared to the massive amounts of literature and research performed on optimizing aerodynamics, scientific research on the biomechanics and physiology of climbing is minimal.

Part of this probably comes down to the relative “ease” of securing a wind tunnel or modelling aerodynamics on a computer. In contrast, it is very difficult to replicate the actual process of climbing in a laboratory setting, due to the general use of stationary bicycle ergometers that do not replicate the actual free movement of climbing.

For lab use, there are now some cycling treadmills that have been developed. They’re definitely an advance in allowing cyclists to ride their own bike and move it in a natural way. They still differ from real life in that athletes are riding to a controlled intensity rather than a true “time-trial” type of effort where they can vary their power and pacing. 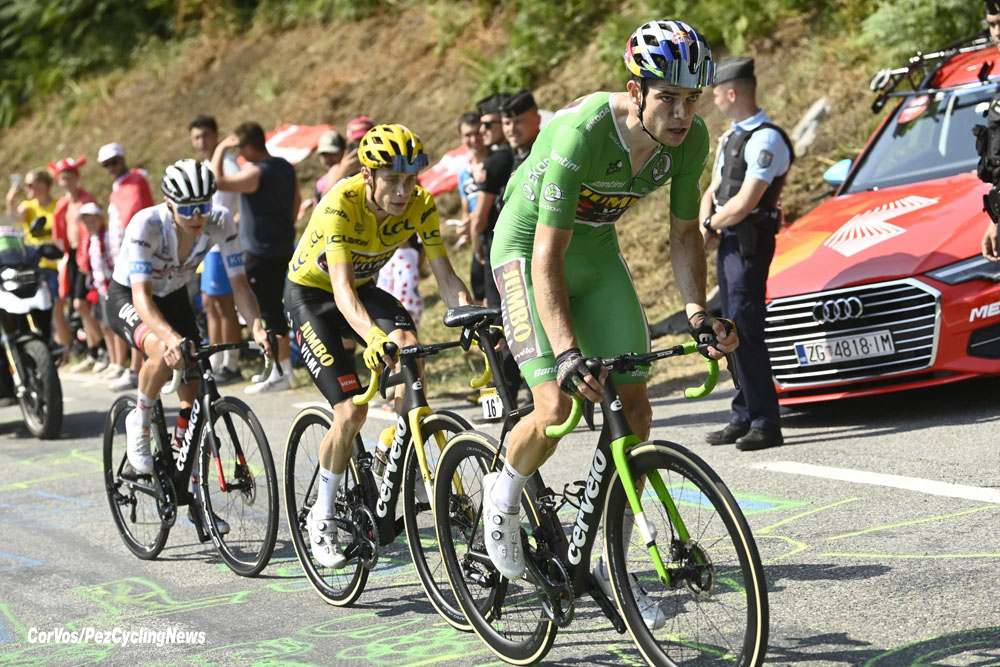 Standing Climbing
Some of the differences between seated and standing cycling is intuitive and obvious. We have all experienced that our cadence generally is lower, but we are able to generate higher powers for brief periods of time. This difference likely comes from the greater use of our body weight and our upper body.

It is only recently that really valid scientific instrumentation is portable enough and wireless to the extent that it can be used out in the field during actual bike rides. The initial studies have been somewhat contradictory in terms of their findings on cycling economy, heart rate, and oxygen consumption. One limitation of these studies may be in their controlling the cadence a set value, potentially skewing the standing data by having a cadence higher than typically preferred.

Bouillod & Grappe 2018
A paper in the Journal of Sport Sciences (Bouillod and Grappe 2018) sought to compare seated versus standing cycling in elite cyclists during outdoor cycling time trials. Their working hypothesis was that the cyclists would alternate between seated and standing in order to maintain constant speed, and that this would be done by varying power output (cadence and torque).

• Over one session, each performed 3 self-paced TTs on a 3 km climb averaging 7.0% grade, with 30 min active recovery. No feedback was provided during the TT, and they were free to sit or to stand as they wished.

• The same power meter and head units were used for each participant and trial.

• A portable analyzer was used to collect metabolic and other physiological variables (oxygen uptake, HR).

• A follow car was >100 m behind, with an experimenter marking whenever cyclists changed positions.

• Data analysis occurred from the end of 2 minutes onwards to adjust for initial changes to the climbing effort. 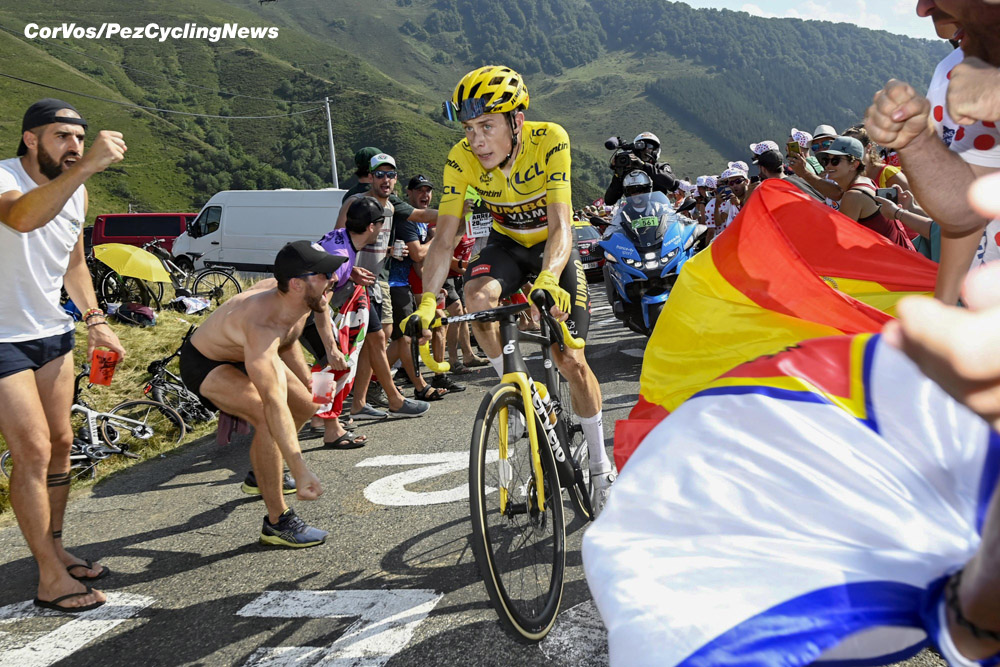 Stand & Deliver
Another incredibly simple study in design and a seemingly obvious one, but not really possible until recently due to the technological improvements in scientific instrumentation. What were some key findings?

• The cyclists were definitely not slacking, averaging 94% of their VO2max throughout the TT.

• TT times averaged 350 seconds, with 22.4% of it spent standing. unfortunately, no information was provided on whether this differed among the three trials for each participant.

• Average W/kg over the TT explained 89% of the variability in TT performance, while cadence explained only 3.5%. This suggests that power output is much more important than optimizing cadence or gear selection in performance.

• In contrast, velocity did not differ between seated and standing. This suggests that the main purpose of standing was to maintain speed during steeper sections. However, this is not conclusive because no data or correlation was provided about gearing choice or gradient while standing.

• The longer the duration of standing, the lower the cadence became. This suggests that standing too long may indeed get you bogged down.

• Interestingly, VO2, HR, and other metabolic measures did NOT differ between seated and standing. This runs counter to typical ideas that standing is more costly physiologically. On the other hand, this may be due to the lag times in these responses along with the relatively short effort of < 6 min, of which only the final 4 min were analyzed. 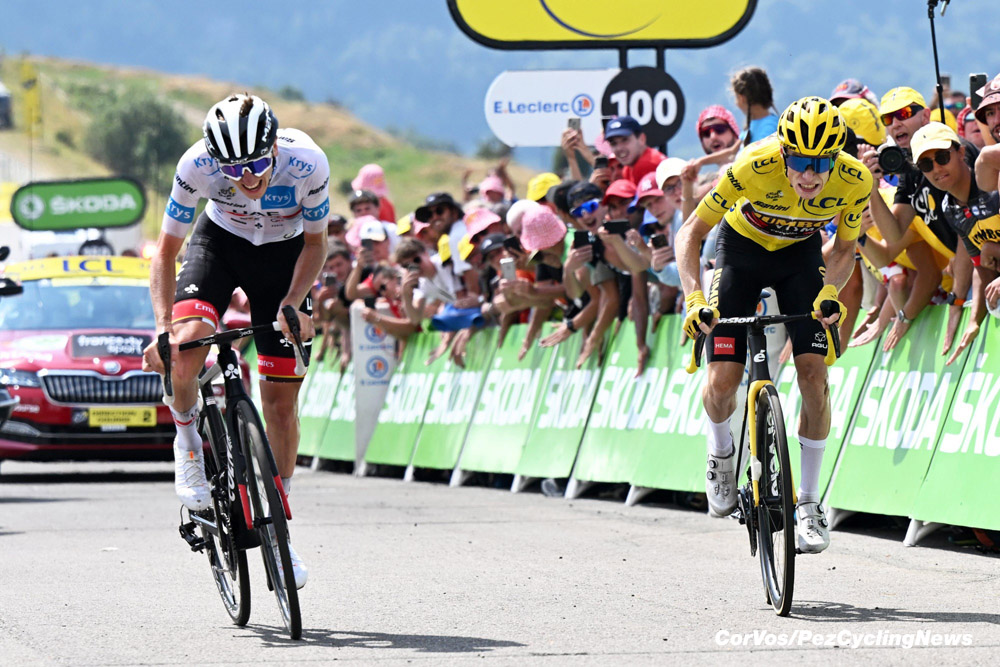 Pace to Speed
What I found most interesting was that, even with over one-fifth of the time standing, the metabolic and physiological cost of standing did not increase (note my above caveats), despite the very high increase in power output. Part of the increase in power was “wasted” due to increase in aerodynamic resistance and also mechanical losses (friction, bike sway, rolling resistance), but the net effect was that velocity was maintained.

Why is maintaining velocity a big deal? Well, so much of the cost of cycling is getting the bike up to speed, such that a short TTs absolutely benefit from an “all-out” pacing strategy, where you start out with a much higher than average power at the start. That’s because you need to get the bike up to race speed as quickly as possible, and it’s very difficult to gain that time back later if you don’t do so.

If that’s true on a flat velodrome, it’s even more critical when climbing and accelerating your bike against gravity. Any drop in speed is going to magnify the amount of work needed to get yourself back up to speed when climbing.

The takeaway then is, when climbing, focus on maintaining speed rather than a steady power output. 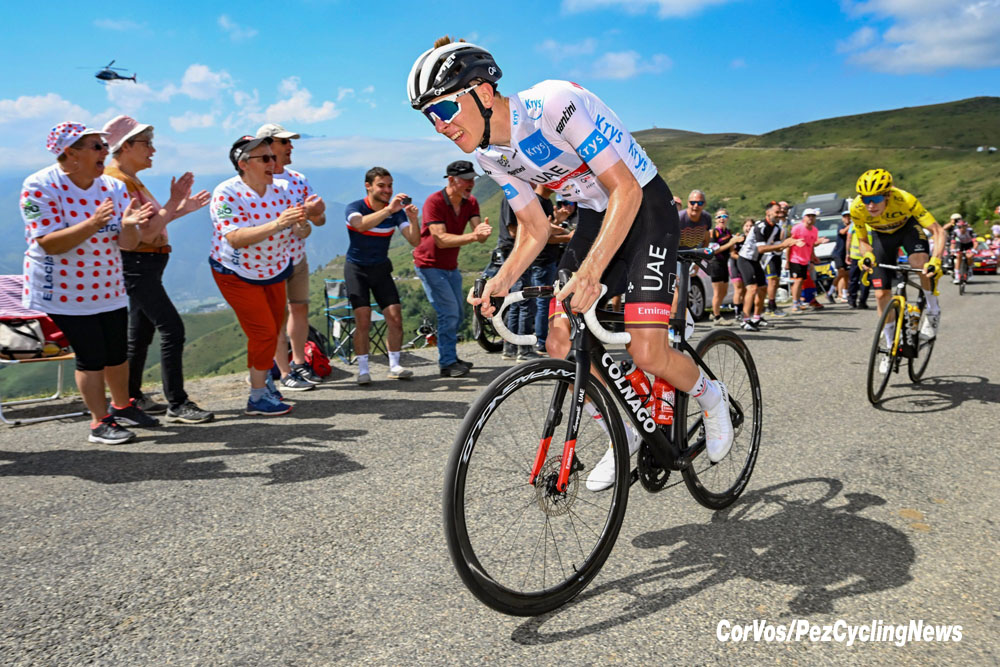 Just Ride!
Another interesting finding was the absolute dominance of average power output, normalized to weight, in terms of explaining TT completion time. In contrast, cadence (and by proxy gear choice) had a much more minor role. What this suggests is that improvements come most from training to increase power along with managing weight, rather than figuring out optimal cadence.

Summary
Not necessarily an earth-shattering study in design or analysis, but still quite interesting on some points and ideas raised. The study does not answer the question of whether we can improve our climbing technique to become more efficient, and that’s a study for another time.

But in the meantime, next time you’re tackling a tough climb, focus on keeping an even speed throughout, and don’t be afraid to stand on the steeper stretches.

EUROTRASH Thursday: Worlds Time Trials with Video and all the Cycling News