It happens every Spring. After a winter of mostly solo rides either commuting or indoors on the trainer doing intervals, the first few group rides of the year brutally reawaken the realities of the highly variable nature of racing, and riding fatigue from steady vs. variable intensity efforts. What are the neuromuscular differences between hard constant efforts and group races? 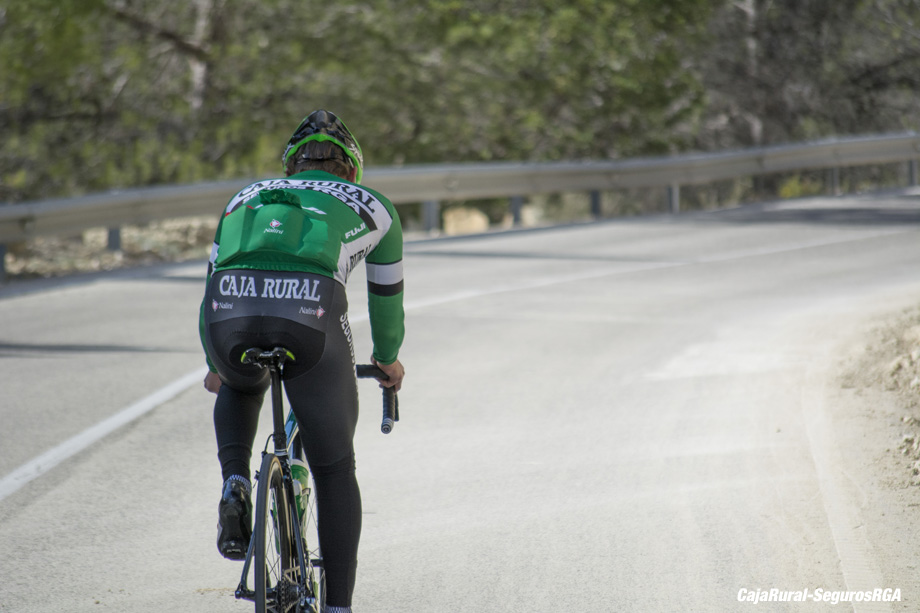 On the Road Again
After a solid winter of indoor riding, I am now out in southern California on a DIY training camp with two friends, logging long hours in the relentlessly rolling hills. Despite the many interactive software systems like ErgVideo and Zwift that I have access to, it remains a shock to the system actually riding outdoors again, responding to the bike actually moving under me, the continually changing gradients, and the surges of group riding.

With focused workouts, most coaches advocate doing the real quality work during solo rides to maximize the odds of staying on track with the planned program. That avoids the sometimes chaotic nature of group rides, with different riders wanting to do different routes or efforts and many devolving into race-like hammerfests. I agree with that in general, but the right kind of group ride is also essential to replicate race intensities. And honestly, one of the big allures of road riding is the effortless feel of a great group ride. 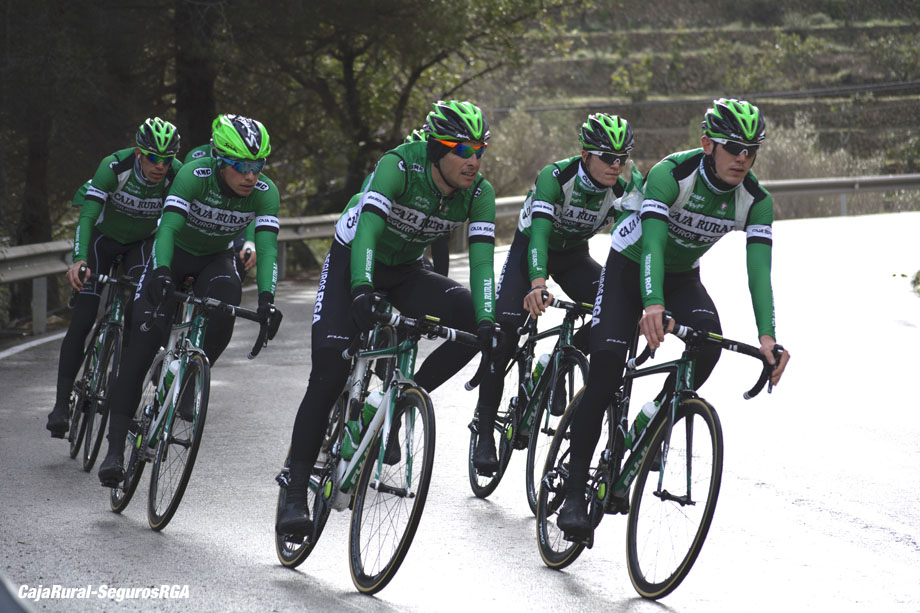 Rites of Spring
So after a winter spent building base endurance via sweet spot efforts and my recent block of front-load periodization focusing on 4×8 min interval sessions, it’s still nearly impossible to really replicate the intensity of group rides like we’re doing here at our camp. The variable nature of the ride, along with the intense and unpredictable change of pace in a fast attacking group, always leaves me incredibly fatigued. That’s why racers talk about needing to race to get into race shape.

So we know anecdotally that steady-state and variable riding feels differently, but are there actual physiological and muscular differences between the two styles of riding?

Theurel and Lepers
In a 2008 issue of the European Journal of Applied Physiology, a French research group set out to determine whether constant paced versus variable cycling elicited different effects on the muscular system. Such a study has implications on planning and monitoring of training, along with planning recovery from hard efforts.

The design of the study was simple and clean, utilizing the same muscle tests that I have employed in a number of studies on the effects of heat stress on muscle function:

• Cyclists were highly experienced and fit. Ten experienced cyclists (10 years in the sport on average) riding about 11-12h/week on average and with an average maximal aerobic power of 395 W.

• Two cycling trials of 33 min were performed, and the muscle tests were done both before and immediately after the cycling trials. Cadence was freely chosen.

• In the constant effort test, subjects rode at a constant 70% MAP wattage or 277 W. No easy effort!

• The muscle test was a maximal voluntary contraction (MVC) of the knee. It was isometric, meaning that the subjects tried to straighten their knee from a 90 degree angle with the leg strapped in place, such that the muscles contracted but the leg did not move. The force of this contraction was measured.

• In the middle of this MVC, the knee extensor muscles were directly stimulated with an electrical signal, producing a further increase in muscle force. This is called an “interpolated twitch” technique, and can give a good measure of what percentage of the total “ceiling” capacity of the muscle you were able to voluntarily contract, and scientists call this your “voluntary activation” (VA). If you were tired, in general your VA would decrease. 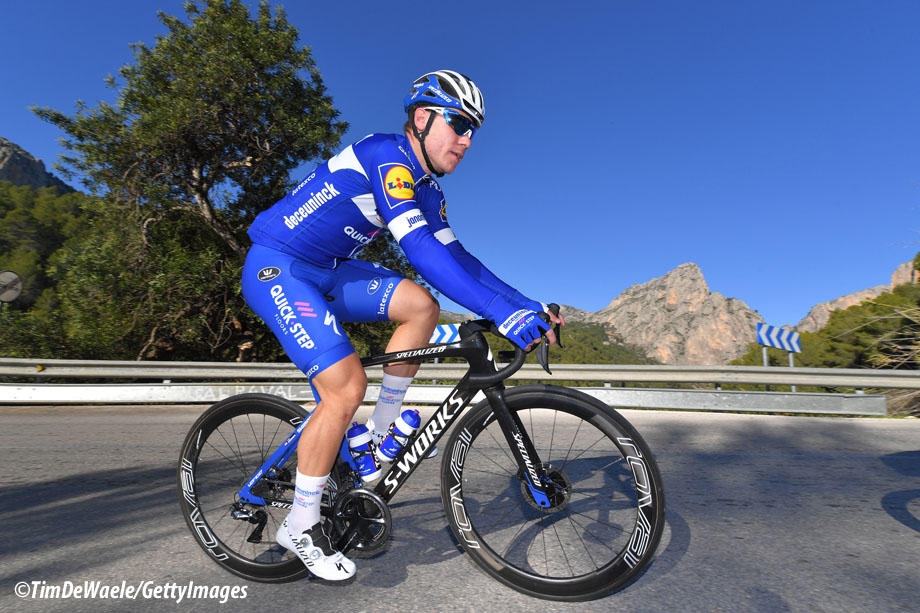 Fabio Jakobsen getting the solo miles in

Variable Fatigue
The primary finding of the study were:

• Heart rate was slightly but significantly higher with the variable (162 beats per minute) than the constant (157 bpm) trial.

• In keeping with the long-term reports on the difference between road racing and time trialing, freely-chosen cadence was lower for the constant effort (90 rpm) than the variable trial (99 rpm).

• Also in keeping with most riders’ perceptions, the variable trial felt harder, with ratings of perceived exertion being higher in the final third of the trial compared to constant effort.

• Lactate values were much higher with the variable (11 mmol) than constant (6 mmol).

• Both types of exercise caused muscle fatigue, with maximal force decreasing in both conditions. However, the degree of impairment was much greater with the variable (26%) than constant (16%) trial.

• Same pattern was seen for the voluntary activation. Both exercise trials decreased activation levels from the baseline of 98%, with a greater decrease in the variable (96%) than in the constant (97%) trial. 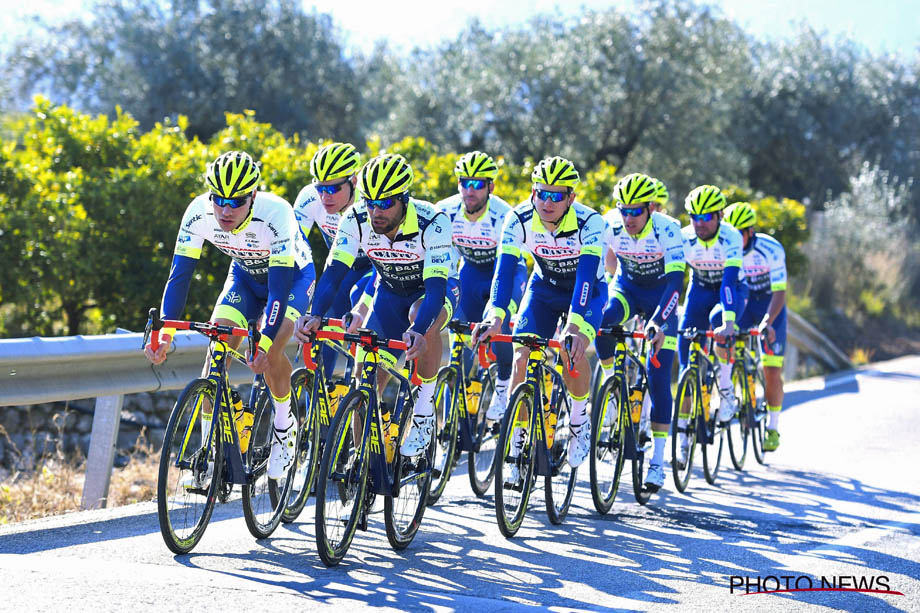 Better to train with friends?

Rubber on the Road
A study such as this is an excellent opportunity to remind ourselves of the unique nature of different disciplines within cycling. Time trialing or long intervals ARE different from short and hard accelerations. In the same vein, training for criteriums, which are what the variable condition in this study most closely replicates, can cause quite different stresses on the body and physiological adaptation than training for long and hilly road races.

The other important consideration is the proper quantification of training to ensure you are monitoring your efforts and adequately on the lookout for overtraining. For those of you recording power, it’s not enough to simply track average power for a ride, just like it isn’t enough to track average heart rate or speed. And using software like WKO+, it’s also not enough to track “normalized power” or Training Stress Score, because both parameters seek to turn the complexity of a variable ride into a form of constant ride.

The key additional parameter to keep an eye on in WKO+ is the “Variable Index” or VI score, which is a measure of how variable the ride power profile is. The higher the VI, the greater the variability in power. So a steady endurance ride or even a hard series of long intervals or a time trial would have fairly low VI values, whereas a criterium would have very high VI. Combining this with a normalized power parameter would give the best indication of the true intensity and training load from a workout or training cycle.