Despite some inevitable physical diminishment, age can truly be an arbitrary number and a state of mind. We have previously profiled Chris Froome’s lab testing data along with Miguel Indurain’s data during retirement. What about the really elite age-group athletes, like Robert Marchand of France, who broke the 100+ hour record not once but twice? 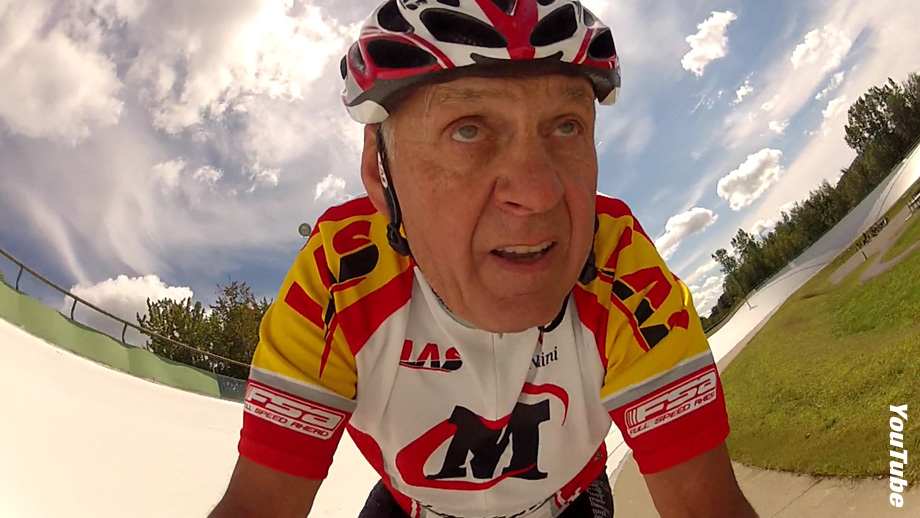 Giuseppe Marinoni
Back in August, I had the pleasure and honour of cheering on Canadian framebuilding legend Giuseppe Marinoni as he attempted to break the existing 85-89 year old hour record at the Milton Velodrome here in Ontario.

Marinoni had broken the 80-84 record 5 years earlier, chronicled in the excellent documentary “Fire in the Frame.” And he did it on a bike he had built 30+ years earlier for Canadian track legend Jocelyn Lovell before a truck ran him over and left him paralyzed.

It’s impossible to compare Marinoni’s two record rides, as the UCI rule changes meant that his 80-84 mark was “non-aero” while his 85-89 rides would be “new-aero.” One constant was that the same frame he built for Lovell was used though.

Giuseppe came agonizingly close that day, missing the then record of 38.657 km by just a shade over a lap. As a testament to his fortitude, he went for it again in September and shattered the mark to 39.005 km.

The wonderful thing about what Marchand did was that he did not do his training and record attempt in isolation. Rather, he collaborated with scientists who tracked his fitness before both record rides, along with monitoring his progress and training. We thus have a wonderful case study in the Journal of Applied Physiology detailing the entire process (Billat et al. 2017). 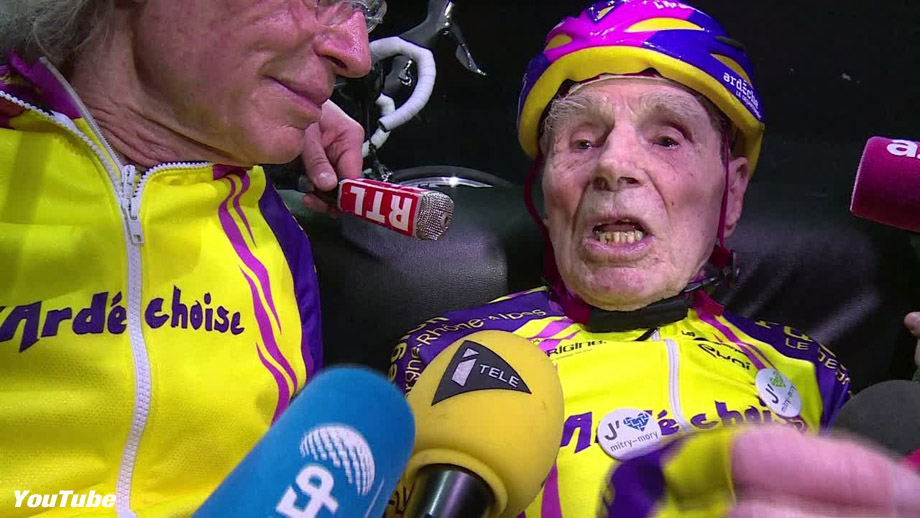 Record #1
According to case history detailed in the paper, Marchand rode as a young man from about 15-25 years old, then stopped during his working career as a gardener and wine dealer, retiring at 76 years old. Importantly, he was free of any known cardiovascular or respiratory diseases, was not taking any medications, and was cleared by cardiovascular screenings and ECGs before each test and at six month intervals.

This part is obviously important to keep in mind, in that we are dealing with an elite individual who has won a genetic and health lottery to be so healthy at 100.

Other test notes and training notes:

• Lab testing was performed two weeks prior to each hour record attempt. This consisted of body anthropometrics (weight, skinfolds) along with a graded exercise test for maximal oxygen uptake.

• For the two years between the record rides, Marchand trained ~5,000 km/y on a polarized model. No HR or power monitoring occurred, but ~80% of the training was light at <12 RPE, with the remainder at 15 RPE or greater. Cadence was generally 60-90 rpm.

Lab Data
I’ve already spoiled the surprise and told you the hour record results. But what did the lab testing reveal?

• VO2max increased from 1.553 L/min to 1.698 L/min. This was coupled with a greater respiratory rate, tidal frequency (volume of breath), and total ventilation per minute.

• Cycling economy increased quite a bit, seen with a decrease of 19.4 down to 17.0 mL oxygen per kg per watt. Basically, it cost Marchand less aerobically per watt.

• Peak power output also increased quite dramatically, from 90 to 125 W.

• Preferred cadence also went from 69 rpm up quite a bit to 90 rpm.

Together, the data is truly fascinating and unique. It provides clear demonstration of how the body can still respond to training even at the extreme of the lifespan. We can see this in the clear increase in peak power output, VO2max and cycling economy, along with the supporting values in ventilation.

I’m also really intrigued by the changes in cadence with consistent training. This suggests to me that neural changes to alter cadence and muscle recruitment can also happen even with aging, and this highlights the importance of not fearing the training of older individuals in new activities.

This data also provides demonstration of the utility of the polarized training model. Marchand’s hard (RPE >15) workouts occurred generally once every two weeks throughout this time. It again emphasizes the importance of not overloading ourselves and focusing on recovery.

Summary
The beauty of the numbers means a lot to me as a cyclist as I approach turning 50 myself in 2018, still less than half of Marchand’s first record! It gives me clear demonstration that the body CAN always still respond to training, especially smart and appropriate training, and that this process never really ends.

Hopefully this inspires you the same way that it inspired me. Smart training can always maximize your performance and enjoyment of this wonderful sport! 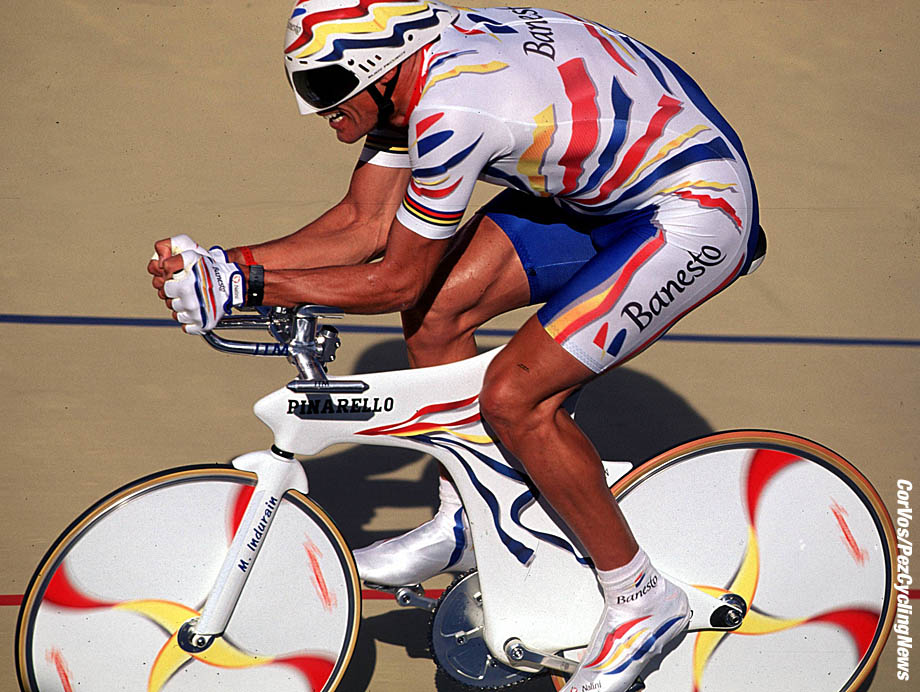 Stephen Cheung is a Canada Research Chair at Brock University, and has published over 100 scientific articles and book chapters dealing with the effects of thermal and hypoxic stress on human physiology and performance. Stephen’s new book “Cycling Science” with Dr. Mikel Zabala from the Movistar Pro Cycling Team has just hit the bookshelves this summer, following up Cutting-Edge Cycling written with Hunter Allen.