Toolbox: The Power of External Motivation

Often at the end of a Grand Tour, we see a GC contender or leader yank a rabbit out of the hat and pull off a time trial result way beyond anything they had previously accomplished. We hear all the time that the maglia rosa/maillot jaune gives its wearer wings, but how do external rewards affect time trial performance in the lab?

The Sound of Silence
Just like riding in our garage in the depths of winter is an experience in sensory deprivation compared to almost any outdoor ride, it’s never as fun performing in front of an empty house. I feel stupid practicing a big conference presentation in front of a mirror or just my grad students, but thrive when giving that same talk in front of a full lecture hall. It’s hard to pinpoint why the two identical talks end up providing completely different experiences, but that interactivity is the same as experienced by musicians and athletes, indeed performers of every stripe. Nothing beats the thrill of that give and take, and the more energy provided by the audience, the more it seems to spur on the performer.

Audience participation is one example of extrinsic (external) motivation that may influence an outcome, and that possibility is one of the pillars upon which sport holds society enthralled (if that wasn’t the case, you’d be reading the comics instead right now!). For us as racers, even if it’s just a few spectators and not Dutch Corner at L’Alpe d’Huez, that’s still often enough to push us to work harder (or at least not get dropped or DNF in front of them!)

Not to be mercenarial, but obviously another major extrinsic motivator for professional athletes is the financial payoff from winning. 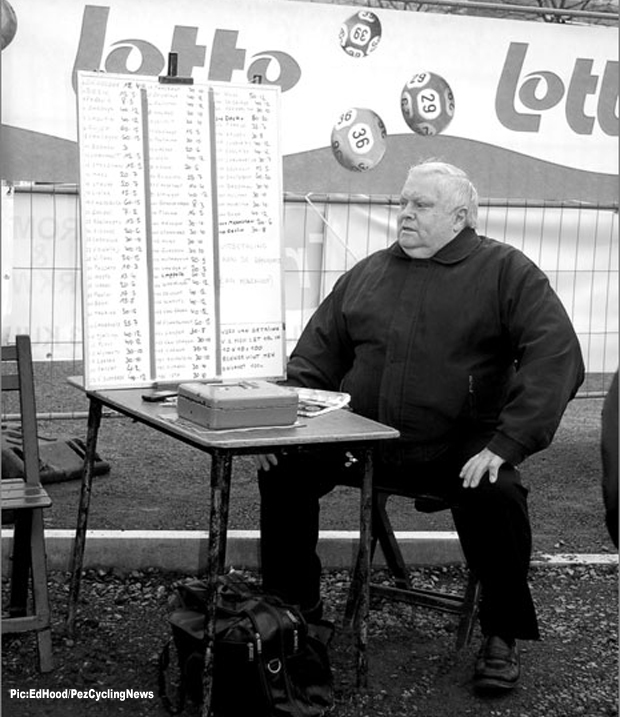 Show Me the Money!
For pro cyclists, good results equal good payoffs from a new or more lucrative contract. Great results equal not just top level salary from your team, but a potential avalanche of endorsement contracts. Which of course leads to an interesting scientific question – how strongly does extrinsic motivation, in the form of a financial payoff, influence cycling performance? A collaborative project between researchers at the Vrije University in Amsterdam, Holland, and University of Wisconsin – La Crosse recently attempted to test precisely this question.

This is interesting from a variety of perspectives. First off, there’s the basic question itself of just how much athletes are motivated extrinsically, in this case by money. But deeper questions in scientific methodology are lurking too. In most scientific studies, we are assuming that subjects push themselves as hard as possible for the thrill of science, even though they receive only a small honorarium payment at best. But if they’re not really going full throttle unless there is a clear external motivator like money, then how confident can we be about the results from most exercise studies? But on the other hand, paying subjects “extravagantly” poses tricky ethical issues for both subjects and researchers.

Experimental Setup
Seven well-trained but not necessarily elite male cyclists (age 32+/-10.8y, VO2max 57.1+/-5.4 mL/kg/min) took part in four test sessions where they performed a standardized warmup followed by a 1500 m time trial on a bicycle ergometer. The distance was chosen both for its high reliability (due to relatively short distance), and so that it can have some transfer to the research group’s primary interest in speed skating.

The first session served as a familiarization session, while the second and third served as test sessions for the subjects. The primary instruction give to subjects was to complete the 1500 m as quickly as possible, with no cues given to any pacing strategy. To replicate athletic situations, subjects were provided thorough feedback and analysis of their performance prior to each subsequent trial, as opposed to the typical “blinding” of subjects to their prior performance common in most laboratory trials.

On their fourth and final trial, subjects were given a surprise – namely that they would earn $100 if they could beat their best previous performance by 1 s.

Show Me the Money – I Mean Data!
Here’s the basic data:

Neither of the primary variables were different across the three trials. Most importantly to the research question, the fourth (motivated) trial results were essentially identical to the non-motivated trials. Only two subjects cashed in on the $100 bonus. The similarity of the two non-motivated trials also support the researchers’ assumption that the 1500 m test is highly reproducible, and that the results were not due to random variation.

Digging deeper into the data beyond the motivation question, the researchers were also interested into what contributed to the fastest performance by each subject, irrespective of the presence or absence of motivation. What they found was that the fastest trial was characterized by a higher power output in the first 300 m (compared with the second and third fastest trials) and during the 100- to 300-m segment in the second-fastest trial compared with the slowest trial. Furthermore, this appeared primarily due to an increase in power attributed to anaerobic sources rather than aerobic. 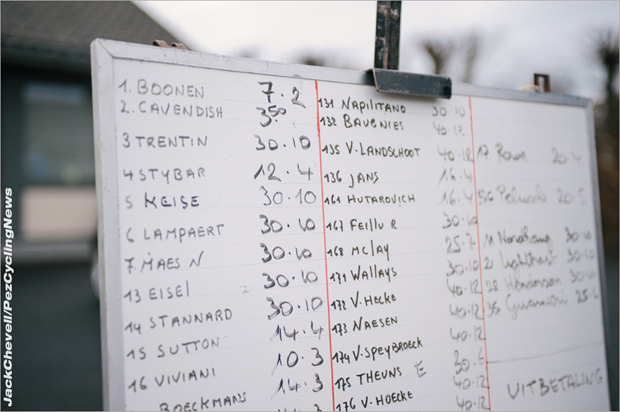 Cashing in the Knowledge
So what has this bit of scientific poker taught us?

• At least in this controlled situation, external motivation did not seem to improve performance in these subjects. This is likely not an artifact from their not being elite-level athletes, as their times and power output varied very little over the final three tests and suggested high repeatability in their performances. On the other hand, these subjects remain relatively inexperienced in pacing during hard efforts and also the 1500 m test, and may simply lack the experience or knowledge to adjust their pacing strategies or performance.

• An even pacing strategy does not appear to be the best one for time trials. Certainly in this study, the fastest trials seem to involve an all-out initial burst, powered by the anaerobic energy system. This mirrors research on rowers and middle distance runners.

• The external motivation also did not alter their pacing strategies. The researcher had hypothesized that the extrinsic motivation might cause a more aggressive pacing strategy (i.e., faster and higher power output initially), but this was not the case.

• It may seem a twisted bit of logic, but the very fact that these subjects volunteered for the study (without any prior knowledge of any financial reward) suggests that they were already very highly intrinsically (i.e., internally) motivated, and some research suggests that extrinsic rewards might actually lower the intrinsic motivation. Therefore, this could result in no net change in motivation.

So it seems that we should continue to ride our bikes because we love to, the best motivation of all!