Toolbox: To Off-Season or Not?

Road racers rejoice! The season is coming to a well earned finale for most of the World and it’s time for a tasty beverage, a big couch, and a slice or two of pizza! Or is it? Should you take a break or keep your foot on the gas? Let’s weigh the arguments…

Weekly training stress, intervals heaped upon intervals, how much do you weigh? These are the habits and dailies of the racing cyclist. After months upon months of them surely you deserve a break, a rest, a respite don’t you? You’ve likely earned one…but then again if your training plan was well designed and well executed you shouldn’t be quite as shelled as your body and brain may wish. Indeed you probably have a solid foundation for a fall fitness push!

Which Is Better
To rest or to train… that is the essential question today. What rationale is there for taking a break? How long should it be? What happens when I do? Will I benefit more if I keep training? What about racing some cyclocross this fall?

In the “old” days (as far back as, gasp, the 90’s!) racers would routinely put away the bike for weeks on end, sometimes months! Then they would slowly begin to build back the aerobic base that sets the stage for the coming season. As racing has become more specialized and the off-season ever shorter, the days of sitting on the couch and putting on weight are (some say sadly) over!

Without question taking time off of structured training is an essential part of a responsible training plan. If you’ve been going full tilt since the Spring, your body needs the rest and recuperation. Your mind probably needs it even more! So, first I am not advocating a 52-week training calendar, far from it! I am advocating the continuation of your fitness regimen. After all, we are athletes by choice and lifestyle…and that doesn’t stop just because the calendar ticks over. Of course to my mind the “old school’ers” were putting the bike away at one of the most gorgeous times of the year to ride, so it made no sense to me! 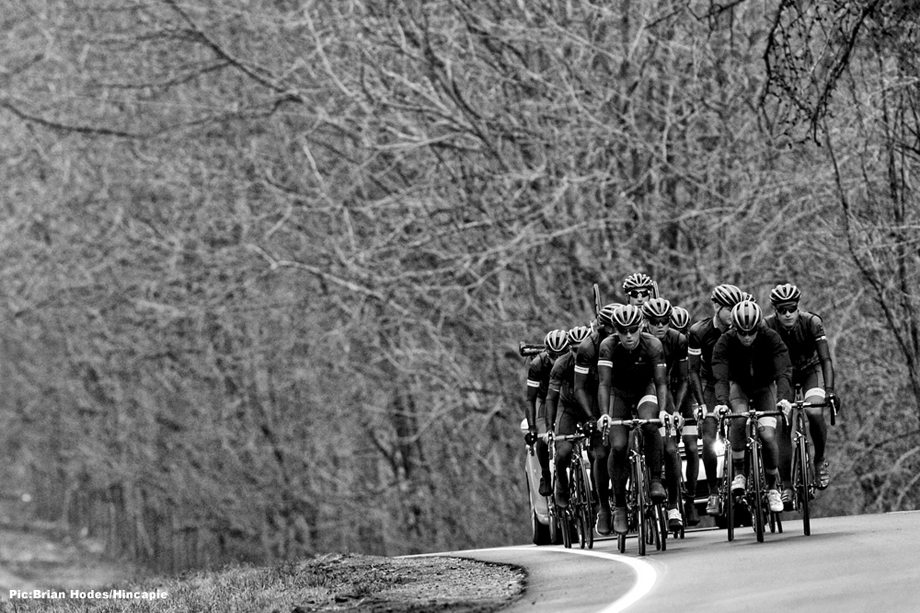 The best time of year for riding your bike

Effects of Detraining
Ok, we’ve established that you need a rest. Great…but how long do you rest and what are the net effects on your body? Fortunately, Bryan Bergman, an Associate Professor at the University of Colorado Medical Center, wrote a great summary on the adaptations and effects of not training. Among his findings via a summary of over 50 relevant studies:

VO2max, Blood Volume, and Mitochondrial Density
VO2max can drop by as much as 4 – 14% in as little as 4 weeks, according to Bergman. In the first 3 weeks this drop was attributed to decreases in cardiac output, while the final weeks drop was likely due to decreases in mitochondrial density. This loss of mitochondrial volume is most significant in the first 8-weeks of detraining, but tended to stabilize at roughly 50% above sedentary control subjects thereafter. Research suggests that the 50% increase in volume between sedentary and elite participants was due to the maintenance of training induced oxidative enzyme levels in fast twitch fibers, while slow twitch fibers returned to control levels. This is a major consideration for cyclists as it is a primarily aerobic sport, so you need to avoid prolonged inactivity or suffer the consequences as a mere mortal upon your return to training! Similarly, as little as a week of inactivity can also induce a loss of muscle glycogen stores, although it was not quantified how much of a loss to expect.

Blood volume begins to drop off after as little as 2 days of inactivity and after 4 weeks can be 12%. While most of this volume loss is plasma (water), up to 3% can be due to loss of red blood cell density, the delivery mechanisms of oxygen. Interestingly, capillary density (the amount of capillaries per fusing the muscle itself) showed little to no decrease in elite level athletes at the cessation of training.

All of these losses lead to a general decrease in endurance capacity of as much as 25% in as little as 2-4 weeks! Some of this decrease is likely due to an increased use of carbohydrate as a fuel source, according to Bergman’s summary. As you might infer given the above decreases, sub-maximal lactate concentrations tended to rise when training was stopped for as little as 1-week. Though no direct explanation was offered it was postulated that the increase concentration was due to a decrease in lactate clearing.

Absolute Lactate Threshold also decreases with the end of training. This decrease stabilizes after 3 months or so. Changes in LT are vitally important to cyclists for, as Bergman summarizes “High lactate threshold is one of the most important predictors of endurance performance. It takes a lot of time, even years, to increase lactate threshold to an athlete’s genetic potential, so it is vital to prevent a large drop during the off-season. Only by building upon the current season’s gains in LT, will LT increase from year to year to an elite level.”

Mitigating the Losses
Now that we know what can happen if you stop riding, let’s figure out how to limit those losses. Fortunately, the answer fits well with our end of season “I need a break” mental letdown. Simply put, you want to decrease the training volume while maintaining the frequency and much of the intensity such that you can maintain all those hard fought gains of the previous summer.

Training frequency, the number of times per week you ride, should only come down 20-30% in the off season. That means if you are riding 6 days a week you can cut to 4 days per week without long term loss of fitness if the other two parameters are addressed with equal sincerity. Then again if you only train 3 days per week you are likely looking at no reduction in training volume. Of course at 3 days per week you probably aren’t that cooked at the end of the year anyway. ;0)

Volume is often the most sought after reprieve after a season of long hours on the bike. Here is the real payoff to taking an extended break. Research suggests that if frequency and intensity are maintained at correct levels, actual training volume can drop by as much as 70-80%! Wow, think of all the time you’ll have for the rest of your life! As with all things sport related, individual reduction should be personalized and reflect your age, mix of training intensities, and experience level. A masters athlete who is new to cycling (under 2 years) should probably minimize their actual “off season” in favor of improving overall aerobic conditioning via maintenance of some long rides. Conversely, an athlete with 10 or 15 years of racing experience can easily cut their volume a lot and come back to their normal training fresh and ready after a few weeks.

So now we come to the true pivot point of your plan – intensity! Bergman speculates that actual training intensity should only be reduced by 10-20% over any given reduction in training. You don’t need to do the full volume of LT, MAP, and Anaerobic intervals…but you have to do some version of those intensities at regular intervals, especially if your rest period is intended to last more than a week or so.

Summary
After a long year of racing and training the idea of taking an extended break is infinitely attractive, but the reality is that doing so may well ruin the hard gains you made. Physiological measures like lactate tolerance, blood volume, mitochondrial density, and VO2max all drop prodigiously in the first weeks after the cessation of regular training. What is the salvation? Fortunately, it is just what you already like doing, riding! To maintain the gain simply reduce your training volume by 70-80%, your training frequency by 20-30% all while maintaining your training intensity at roughly 80-90% of your in season volume. So easy! By taking a bit more programmatic approach to any scheduled off season you can maintain your base fitness level, and set the stage for a further increase in your fitness next year. 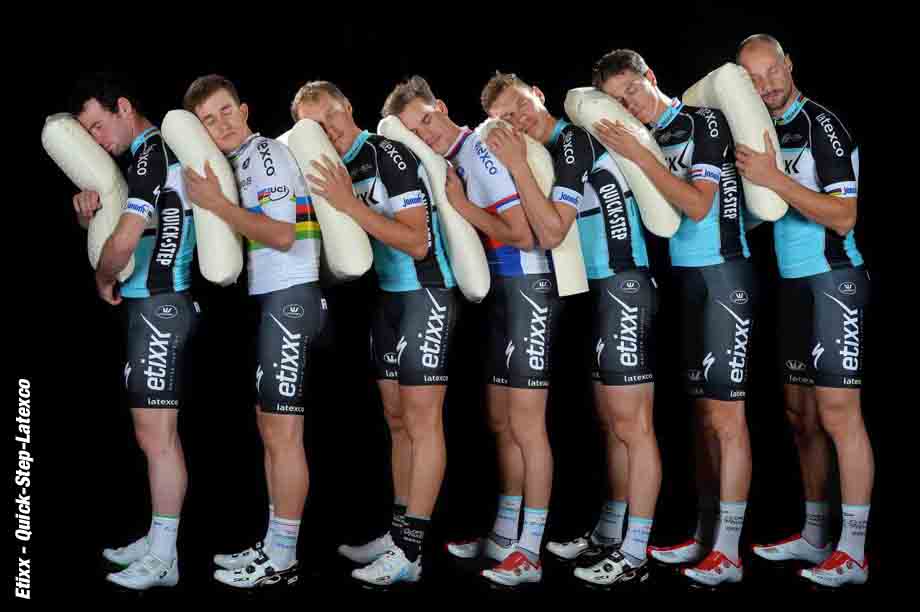 You can’t sleep all winter!

About Matt McNamara: Matt is a USA Cycling Level 1 coach with over 20 years of racing, coaching and team management experience. This fall he is once again jumping into the ‘cross game in anticipation of a massive El Nino in Northern California and the arrival of much needed (and anticipated) rain! Matt is the founder and president of Sterling Sports Group. Learn more by visiting him online at www.sterlingwins.com.