After the climbing festival that was the Giro, many of you may be considering your own epic climbing ride this season or next. After covering some training ideas last week, what are nutrition and equipment considerations that might be important in making it a fun rather than a survival ride?

Nutrition and Hydration
One key to success in endurance events is keeping your head about you. Interestingly, but perhaps not surprisingly, research has shown that dehydration plays a key role in mood state, fatigue, and perceived exertion. Moyen et al found that athletes who were dehydrated showed consistently lower vigor, higher perceived exertion, pain, and thirst than those participants who were euhydrated. Clearly, one of your first priorities is to maintain a hydrated state as long as you can. This means having ready access to water and electrolyte mixes, even if it means carrying extra.

Of course, to every consensus there are dissenters. Our own Toolbox Editor Dr. Stephen Cheung published a highly interesting paper in 2015 clearly demonstrating that, for a single 2 h hard effort in the heat, dehydration of up to 3% body weight had NO impact on time trial average power and performance.

On the nutrition front it is commonly cited that the human body can absorb about 60-90 g of carbohydrate in an hour (240 – 360 kcal), so you want to also plan your nutrition to keep the tanks topped up before the ride too, in addition to fueling properly during the ride itself. I prefer whole food as much as possible, things like rice bars, peanut butter sandwiches, and fruit, but also use some of the offerings from specific energy bars and gels and the like to help supplement calorie intake.

Perhaps as important as the planning is the pre-event practice. Try different foods and combinations to be sure that your final choice is both palatable and not upsetting to the stomach. A surprisingly high number of rides are derailed by gastric upset instead of pure fatigue. 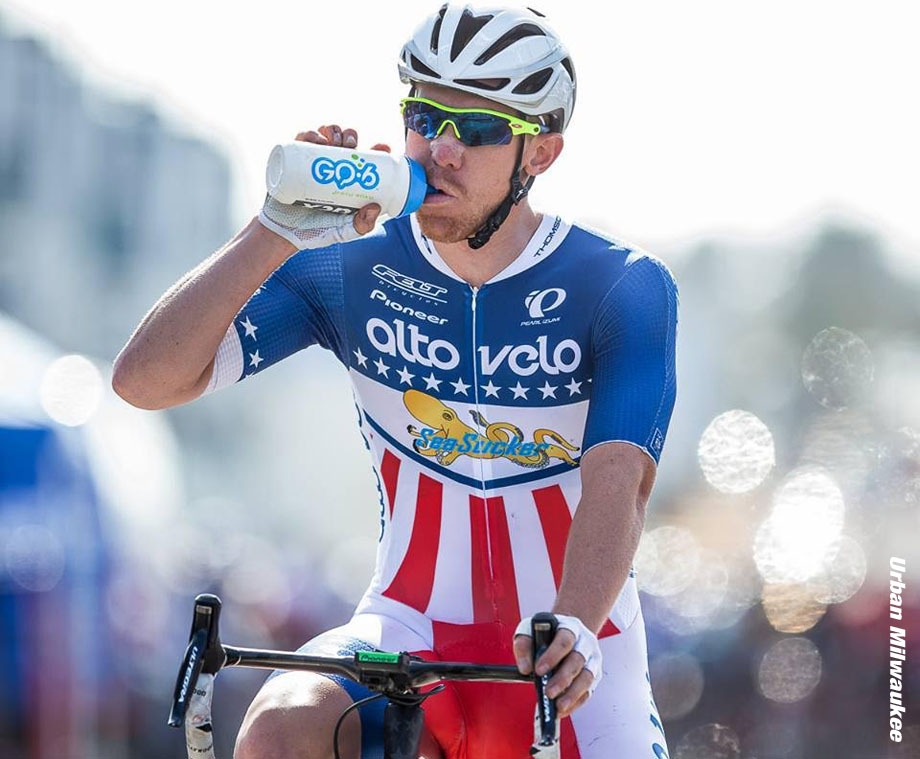 Equipment and You
In addition to your training, nutrition, and hydration plans take the time to prepare your bike properly. If you normally ride a 53×39 with an 11-25 cassette consider going to a compact set up and a 28 rear cassette. I use a 36×28 on my climbing rides and find that I (almost) always have a good ratio and another gear in the cluster when needed. I also trend towards the lowest weight and rolling resistance I can afford to get. For example you can check around for information on which tires have the lowest rolling resistance – and the differences are substantial! A Vittoria G+ costs 11 watts of rolling resistance drag at 20 mph while a Continental Gatorskin requires over 20!

Similar to optimizing your bike is optimizing yourself…that means getting lean! There is no finer feeling than starting a big climbing ride as light or lighter than you’ve ever been! Just to feel the difference a few pounds can make going uphill makes it all worth while! Of course you don’t want to cut weight too much in the two weeks before your event, so take a more measured approach and get there responsibly. 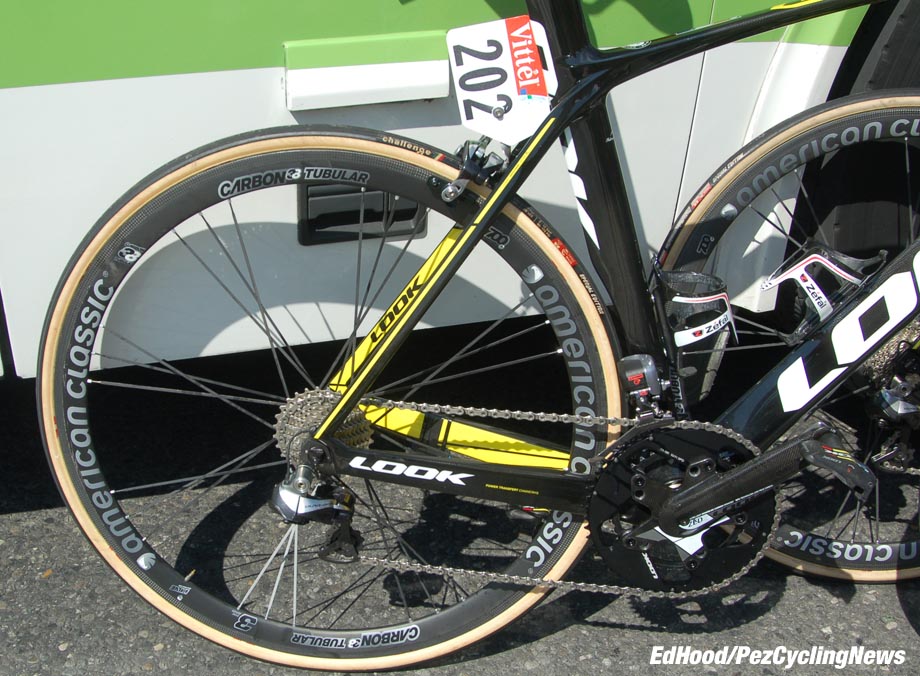 Get the correct gears for the job

Everesting
Finally, I wanted to touch on my next project – Everesting! On June 1st I’ll be making a second attempt to climb 29,029 feet on my favorite local climb known as Montebello Road. Montebello is a five mile climb that rises almost exactly 2,000 feet so I’m looking at 15 ascents of the climb. Last June 1st I made my first attempt – and managed 10 trips to the top, 20,000 feet of climbing before it all went south. Then again, in looking back over my training log I had done a mere 275 miles in the MONTH before the ride – what was I thinking? Clearly I didn’t take the challenge seriously enough!

I am doing this ride for a few reasons. First, June 1st is the second anniversary of my run-in with a deer at high speed. The resulting crash fractured four ribs, punctured my lung and left me off the bike for 5 weeks. I am so grateful for my return to health that I want to celebrate! I am also riding to raise funds for Nepalese Earthquake Relief through an organization called More Than Sport (https://www.morethansport.org/fundraiser/everesting-for-nepal-20). They are a leader in grassroots fundraising for worthwhile causes and were one of the primary sponsors of last years Strava “Everesting” Challenge. I chose them because Nepal is home to Mt Everest and was devastated by an earthquake last year – needs remain and small donations make a big difference. I would greatly appreciate your kind thoughts and support as I attempt to conquer this most challenging of rides. I will be live-riding via Strava starting at midnight California time on June 1st – please follow along and consider a small financial contribution to the cause, it really does make a huge difference.

Summary
Riding up ridiculously big mountains is a great way to explore yourself and the limits of what you can do! Whether you choose to climb one of cycling’s fabled bergs in Flanders, iconic climbs in France, or something completely outlandish like the Taiwan KOM Challenge – you will be the better for the effort and trying.

The path to success in such endeavors comes down to consistency and commitment. You will be surprised at what you can do if you give yourself ample time and a responsible training plan! When I build programs for ultra-climbing rides I have my riders spend quality time focused on climbing at intensities similar to what they expect to sustain on the ride, rather than continually trying to replicate the ride duration. I believe there are diminishing returns on training rides over about five hours as fatigue often limits your ability to do focused work after such a long ride.

As you begin to build YOUR plan be sure to consider nutrition, hydration, and equipment choices that are best suited to the planned route and your individual preferences! If you have any questions or would like any guidance, don’t hesitate to drop me an email!

Check out the Road to Taiwan KOM or got to their Facebook site at https://www.facebook.com/taiwankom/. You can also contact Lee Rodgers for more information at [email protected] 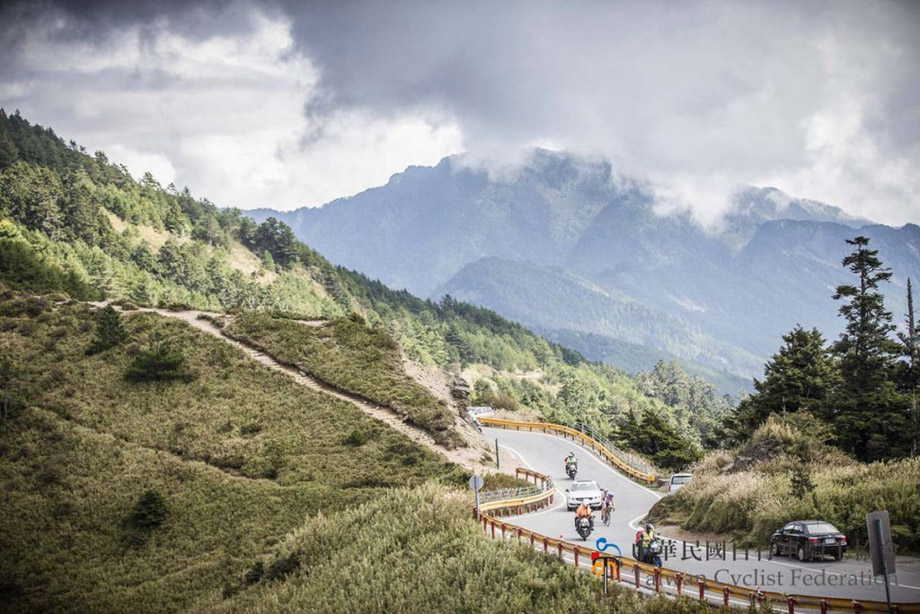 About Matt McNamara: Matt McNamara is a USAC Level 1 coach living in Northern California. He is team coach to both elite amateur squad Allied World/CCN in Hong Kong and regional powerhouse Peninsula Velo/Summit Racing in NorCal. He is available on contract to work with teams and clubs around the World to help foster the sort of planning and commitment that takes teams to the next level. Learn more by visiting him online at www.sterlingwins.com.

Italy Cycling Holiday: The WINNER IS…!