Chances are if you are reading this you race bikes. You may be a seasoned veteran of the two wheeled wars, or perhaps you are just dipping your toe into the ocean of experiences that racing brings. Either way, you can learn and help others learn by embracing skills development as the starting point to racing success.

With the rise of professional coaching, and the wealth of online training information available via sources like the Toolbox, it is easy for a rookie rider to show up on a start line with impressive fitness and absolutely no idea how to race their bikes in a field. It used to be that clubs played this pivotal role of helping new riders learn the intricacies of riding and racing. My first club, Acquila Cycles in Colorado Springs, was just such a group. Led by “grizzled veterans” Bryan and Dave, we had regular training rides, team meetings, and a weekly 10 mile time trial. It was my conduit to racing development.

Sadly, this commitment is all too often lost in modern clubs. Certainly there are those who embrace the development role, but there are also many who seem solely focused on hammering each other on the weekly ride. In an effort to help bridge the chasm between rider skills and the racing environment, USA Cycling has embarked on an ambitious rider development program targeting Category 5’s. Known as the Beginning Racer Program (BRP), it offers a multi-day curriculum on how to race safely, which we will look at shortly, but first a bit of background. 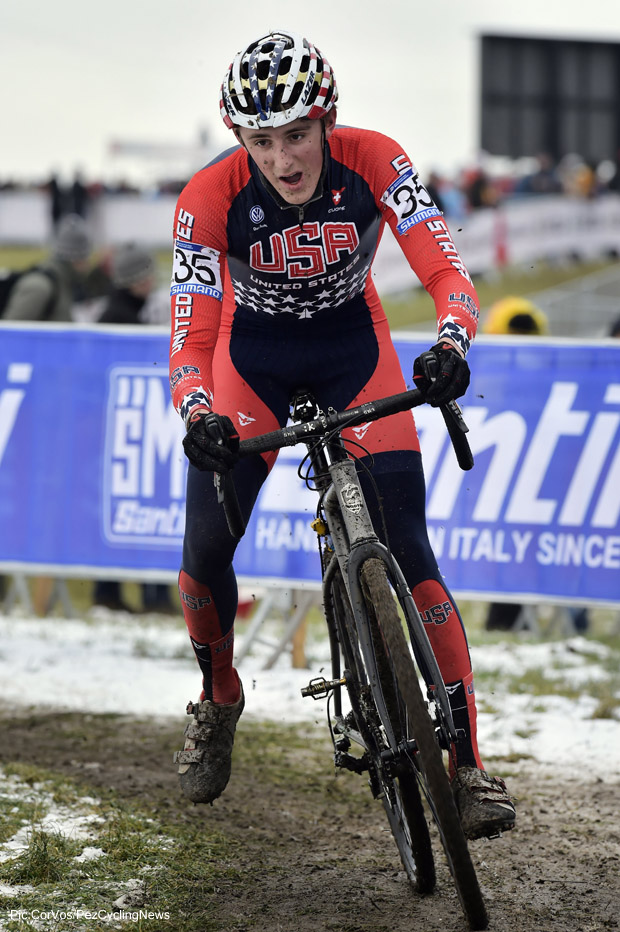 US 16-year old Gage Hecht won the junior cyclo-cross in Koksijde, Belgium in 2014

The Early Birds Set The Stage
The BRP program is built on the long history of Northern California’s Early Bird Training Series, a stalwart of my local racing community for over 20 years. First appearing under the guidance of Ted Fisher and Larry Nolan in 1993, the program has seen a veritable “who’s who” of qualified coaches offer their support and talents to help develop the program. From Steve Madden’s temporary assumption of leadership responsibilities around 1995, to Shawn Mehaffey’s efforts to codify an early curriculum at the start of the new millennium, and Scott Saifer’s help in bringing the focus to protecting ones front wheel in 2007.

Throughout the lifespan of the Early Birds, Larry Nolan has been a continually stabilizing influence, and in 2008 he recruited the current core of coaches into the program in an effort to further refine and develop a cohesive curriculum. The current five – Larry Nolan, Dan Smith, John Cheetham, Laurel Green, and myself – have helped the program grow to include a highly regarded junior curriculum (ably led by John Cheetham) that mirrors the big kids, a stand-alone mentor training clinic the Saturday before the first Early Bird Clinic in January, and an annual participation of between 1,600 – 2,000 racers over the five weeks it typically lasts. In 2015 we had 106 qualified mentors on site to help.

The Curriculum
Over the years the curriculum has undergone many iterations and improvements to arrive at the current mix of days and topics that were adopted by USA Cycling as the BRP, so let’s look at where it is now.

The BRP breaks racing down into the essentials, primary of which is protecting your front wheel. This most fundamental of responsibilities lies with the rider, but knowing HOW to do so is a learned skill, and the focus of the first day’s learning. From counter-steering INTO a wheel touch, to anticipating and correcting potential problems before they impact the rider directly, the goal is to increase rider awareness of problems before they arise.

Often the common race situation of riding in a paceline occurs for the first time at a BRP. Given this, a progressive approach is taken. The riders start with a single paceline for a lap or two, simply following the wheels in front of them and gradually closing the distance between wheels. Riders then progresses into a rotating paceline for several more laps. As confidence increases they are challenged to ride closer together, both wheel to wheel and side to side.

Day two is dedicated to cornering. Riders start by learning about proper technique, using an outside-inside-outside line. They then practice riding this line single file, moving on to a two abreast configuration after a few laps, and finally three abreast at progressively closer distances. Mentors are used as real world “cones” that demarcate the proper line into and through the corner. Speeds are kept on the low side, with the emphasis put on recognizing what good technique looks like and close quarter riding rather than how fast a group can corner. 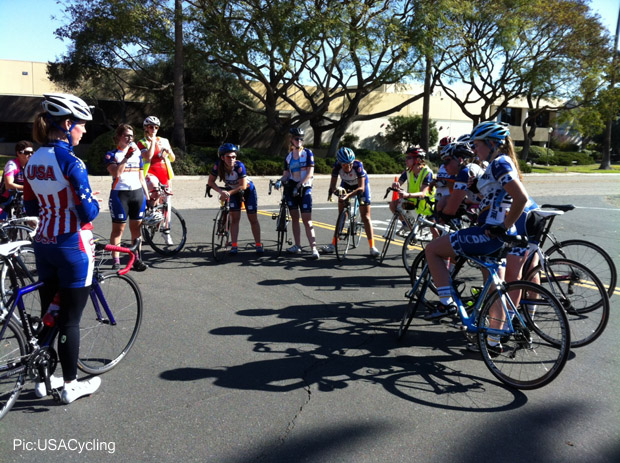 Pack awareness forms the crux of day three. Riders start with a rotating paceline and progress to having to execute riding an “S” path through a series of rolling, off-set mentor “cones” set up in front of the rolling peloton. One at a time the riders pass between the cones as the gap is cut pass after pass. The goal is to increase spatial awareness and comfort. Next the riders execute an “up the middle” drill whereby they form a double paceline and send riders up the middle, eventually at near elbow to elbow distances. Finally on day three they practice riding a rotating paceline with the right line in the gutter, a viable option in many situations. Riders initially have the ‘gutter’ line passing clock-wise (“backwards”) as this is a bit less intimidating. However, advancing skill allows the riders to then undertake a rotating paceline with the “gutter” line advancing in progressively tighter quarters.

Day four is sprinting. When was the last time you practiced the technique and skill of sprinting? A specific and speed controlled approach is used. Riders are tasked with riding heads up, in the drops, and with attention to holding a straight line. There are four stations set up around the course and riders get multiple standing start efforts ranging from 100 m, to 200 m, and farther out at higher speeds. The emphasis is always on the technique and smart decision making.

The final week is called “Anticipation and Formation,” and is run as a series of 1 lap virtual races where the riders start as a large, closely spaced pack through turn one, transitioning into a three abreast formation into turn two, then speeding slightly and moving into a side-by-side configuration entering turn three, culminating with a single file effort into a 200 m sprint to finish the lap. This series has proven very effective at creating a micro-race experience for participants lap after lap.

Summary
The development of race specific pack skills requires focused attention that most riders will not undertake alone. Instead USA Cycling has taken a proactive approach to rider development by implementing a curriculum developed over twenty years by the dedicated coaches and participants from Northern California’s Early Bird Training Series. This curriculum helps build new racers into safe racers over the course of four to five days of experiences custom built for their success.

Kevin Dessart, Coaching Education and Athlete Development Director for USA Cycling, aims to have roughly 10 BRP’s per year in regions across the U.S. In his words “The Early Birds are the model because, very simply, it is a successful program which has the same goals USA cycling has, teach people how to race their bike through a progressive curriculum. The EBs have been around for so long and have evolved into one of the best programs in the nation.” I couldn’t have said it better myself. If you are interested in having a Beginning Racer Program course offered in your area, contact Kevin Dessart directly. 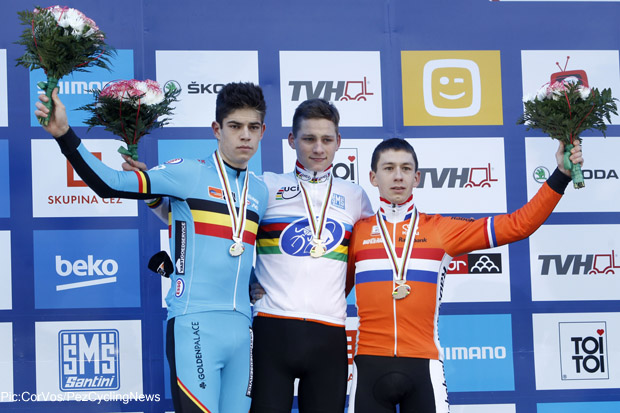 The youngest cyclo-cross men’s elite podium ever. You can bet these three youngsters got plenty of mentoring on their way to the top.

France From Inside: Cycling The Pyrenees