Bike racers are liars. You’ve all heard some of their yarns, whether it relates to alleged lack of fitness and training, or downplaying their chances at a result on any given race day. When you hear one of these racers lined up at a Gran Fondo talking about “stopping at all the rest stops and eating all of the M&Ms,” at the very least treat these statements with suspicion. Even if these utterances originate in your own mouth.

The event that gave rise to these particular lies was the Willamette Gran Fondo, the second leg of the Oregon Triple Crown. 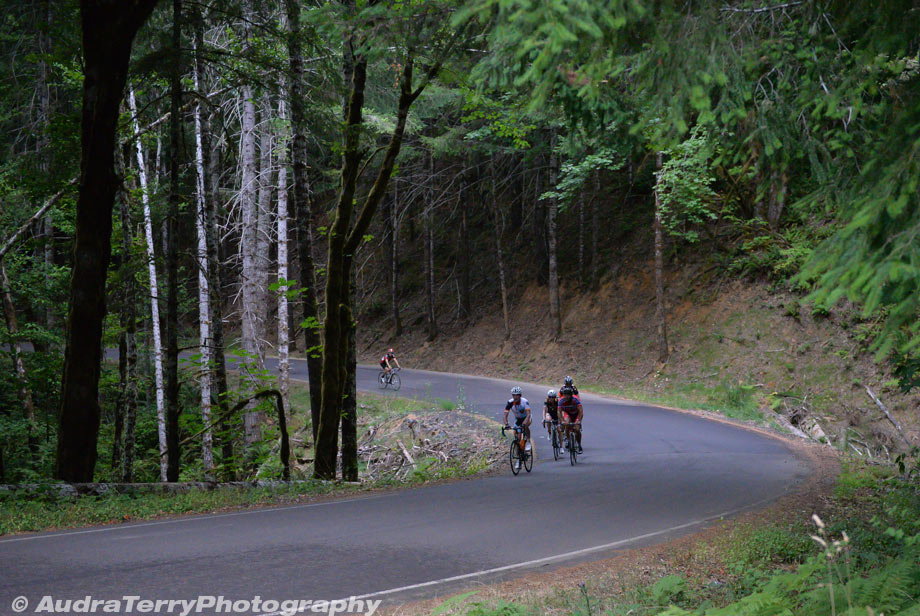 My buddy and teammate, Chris Bagg, was fresh off an Ironman in Germany followed by L’Etape du Tour which, this year, was a gruelling mountain stage through the Alps that the amateurs undertook before the Tour de France pros arrived for their stage 19. My own excuses were less glamorous. I was banged up from a crash in a recent criterium in Seattle, and my ribs were still at the point that if my nose tried to sneeze, the rest of my body went on lockdown. And it hurt like hell. So, M&Ms! Let those bastards race their fondo, off for glory. Could we finish the 85-mile loop through the Oregon Coast Range and Willamette Valley wine country, and along the twisting back roads outside of Philomath, Oregon, calorie positive? That was our initial, perhaps tentative, goal.

The answer was a resounding “no.” 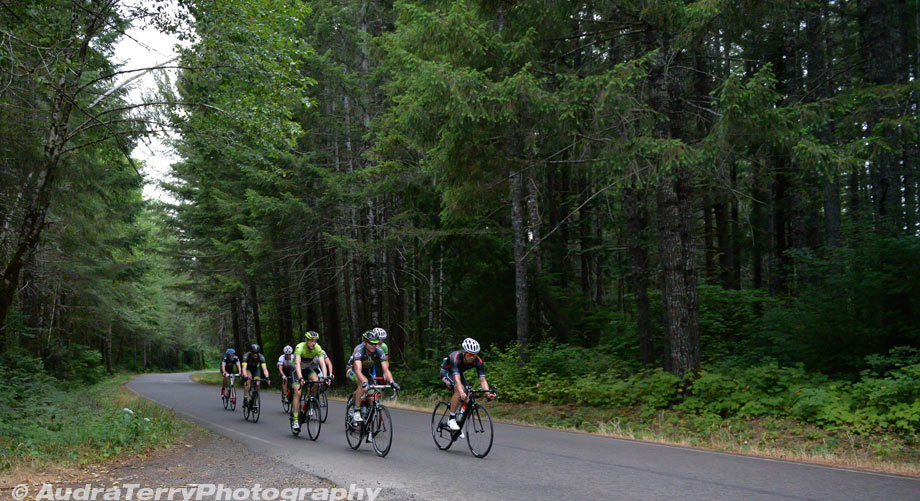 Best Laid Plans
The M&M plan started to fall apart at the start line. A good contingent of Cat 1 and 2 roadies who regularly race with – and against – me at events all around the Northwest made their way to the front. It’s an amiable group, for the most part. But there are always those guys it’s particularly irksome to lose to. There’s no way I’m gonna sit back and let that guy just sashay up the road.

Then shortly after we rolled out came the egregious, entitled, dangerous violations. Guys like the duo representing a certain Central Oregon bike shop may not know, despite the explicit pre-event warnings, that it’s not OK to overtake 20 riders on the left side of the yellow line, but they’re not presenting their sponsors in the best light. Other, more experienced riders, clearly did know better – and they exhibited similar behavior. Feathers ruffled, I took on the role of the peloton’s mother hen, and there would be no chilling out and stopping for snacks now. 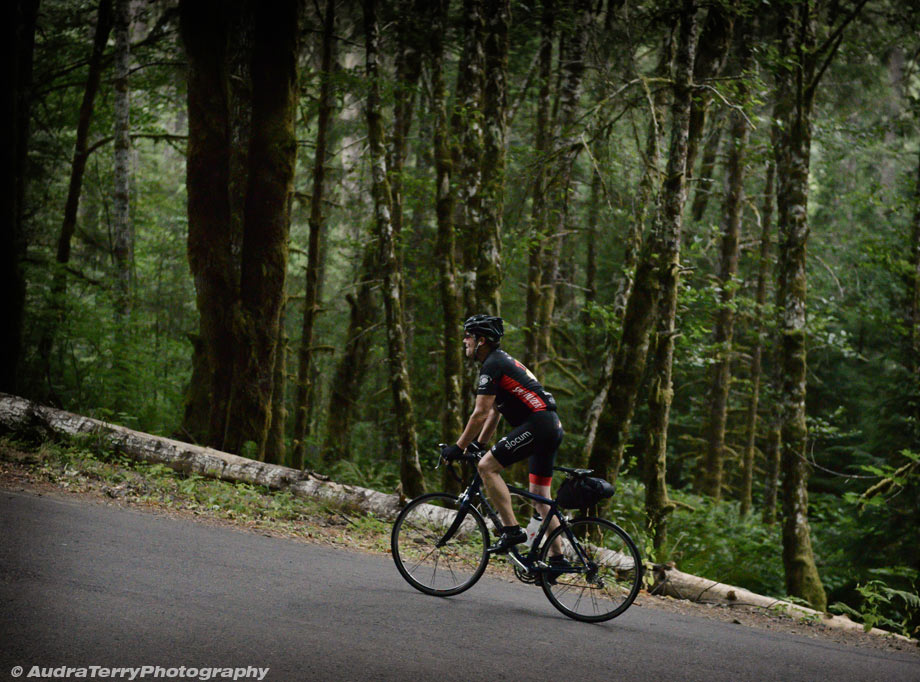 Less than 10 miles into the ride, I had already responded to at least one attack and put in another off-the-front effort myself. Both were relatively short lived, but it set the tone for my revised approach, and was a clear signal to the competitors I chatted with pre-ride that I was full of shit.

Several more would-be escapes followed, including a couple with a super-strong guy who was clearly a triathlete because:
a.) he had a number that was trimmed to a fourth of its original size, you know, for aerodynamics, that was
b.) pinned to a skinsuit and
c.) he clearly had no clue about how breakaways, or mass-start, draft-legal events in general, function.

The day proved to be much more spirited and bike-race-like than the Oregon Gran Fondo – leg one of the Oregon Triple Crown back at the end of May. Rather than simple attrition, there were for-real attacks and counter-attacks, and we were able to shed some of the riders with the fitness to hang, but the pack skills that made us not want them in the front group. 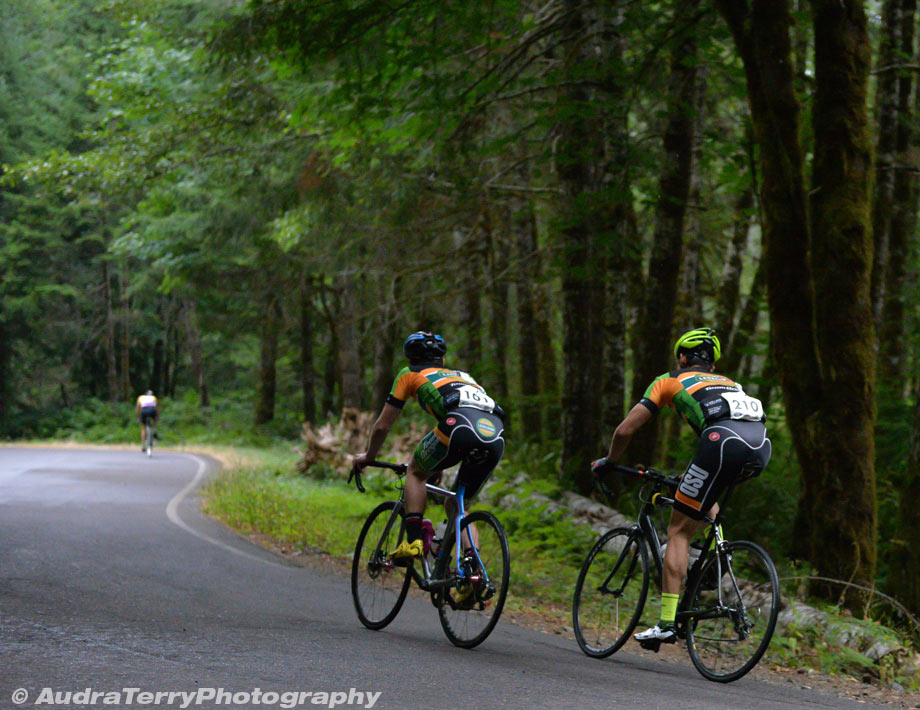 Plan B: “Racing”
Eighty-five miles of aggressive riding, with about 6,200 feet of elevation awaited. No stops. No M&Ms. Heck, I don’t even know if there were M&Ms. I do know that I missed out on: Dave’s Killer Bread sandwiches, a dude with a banjo and folk music, and various pies.

For many, these treats are part of their raison de pedaling the fondo – and I thought such was the case for me. Instead, the Willamette Gran Fondo treated me to fantastic, twisty roads; some full-gas climbs; a terrific group (yellow-line violators notwithstanding) and, lest you think I went hungry or thirsty, plenty of burritos and beers to go around at the finish line. The road to Mary’s Peak is something special (don’t worry rouleurs, the course covers the foothills and lead-up, but not the actual steep pitch to the peak), and the lush, verdant, low-traffic roads through Alsea and Lobster Valley equate to a bike riding paradise.

The aid stations do, however, make for a great safety net for those who might want to hang with the fast pack for as long as they can, or who are just having an off day. Dial it back, stop for pie and, if anyone asks, you can always protect your ego and tell them: “I’m just here for a mellow ride, some solid training miles and the rest-stop goodies.”

My finish was a bit anticlimactic: we had whittled the lead group down to a dozen riders, and it became clear that none of the attacks in the run-in were going to stick. We hit a 90-degree right turn and people started to accelerate into it – setting up for the finish, I assumed. Turns out it was more than “setting up,” as the finish line was a mere 50 meters from the corner. My own fault for not scouting out the run-in, since I never intended on being part of any kind of finishing gallop. Lesson learned: take your own pre-race banter with a healthy dose of salt. Bike racers are liars. 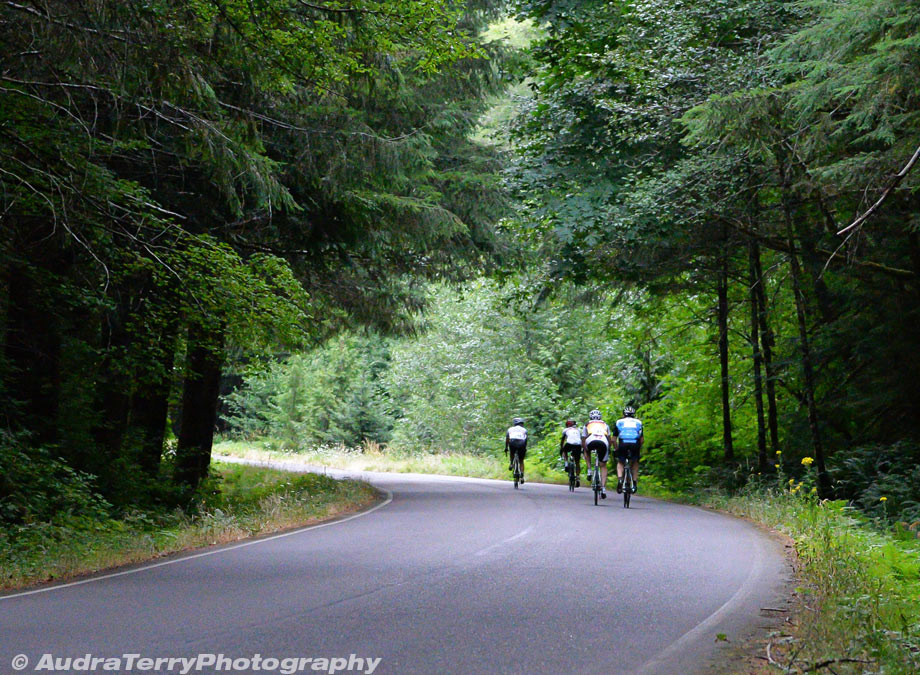 Triple Crown’s Gravel Finale
The Oregon Coast Gravel Epic, on September 26th, was the final point in the Oregon Triple Crown. The 70-mile course that starts in Waldport, Oregon, includes a whopping 8,677 feet of climbing and, obviously, a whole lot of gravel.

In addition to the big daddy, dubbed “The Abomination,” there are also shorter options, including a 9-mile Piccolo course and a 35-mile Son of Abomination.

Going into the final event, the competition for the overall series remained tight at the top, with my teammate Galen Mittermann (Hosmer Chiropractic – RPM Mortgage) in the driver’s seat. But the time gaps can be huge on this grueling course, and equipment choices always prove a decisive factor. Look for the coverage of the Oregon Gravel Epic on Pez soon.

Promoter Mike Ripley is doing something very right with these events – attendance doubled for the Willamette Gran Fondo this year, and registrations for all three events are consistently on the rise. I encourage you to make the trip and to ride some of the best roads anywhere, whether you’re going for speed; enjoying the scenery, camaraderie and rest stops; or some hybrid of the two.”

About Josh
Josh Liberles is one of the owners of HiFi, a wheel company based in Portland, Oregon. When his day job allows it, you’ll find him out on his road and ’cross bikes, riding and racing as much as possible. His recent contributions to PEZ include his reports from the Gorge Roubaix and Oregon Gran Fondo rides. Here Josh checks in following the Willamette Gran Fondo, the second event in the Oregon Triple Crown Series. While Josh did the full route, the promoters also design these events to be family friendly, with a more manageable Medio route as well as short Piccolo courses for beginners and youngsters.