Tomorrow’s final day in the Alps will have a lot to live up to after what might arguably be the best day of bike racing that we’ve seen in YEARS. After the last two mountain stages the riders will go to bed wishing they didn’t have to face another sunrise. They will wake up Thursday morning to the tolling of iron bells from the church in St. Jean de Maurienne, a final call to prayer for the day that lies ahead.

Ask Not For Whom The Bell Tolls – It Tolls For Thee
Before the riders descend into Morzine six hours later, the uncaring col de Joux Plane, the Tour’s final climb, will have exacted enough tithes from them to last a lifetime. Here, in the full view of Mont Blanc we will witness the confirmation of a new champion of le Tour de France. 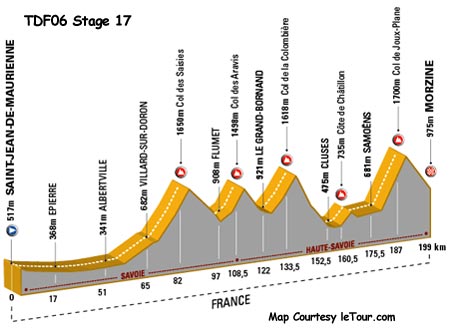 Stage 17 marks a fairly traditional route for the Tour. The cols de Saises, Aravis, and Colombiere are not new to the race. Used as transition climbs between the Savoie and Haute-Savoie regions of the French Alpes, they aren’t the hardest climbs frequented by the Tour – but that doesn’t mean they are easy. Kilometer after kilometer they grind away, wearing the riders down like so many body blows, setting them up for the final coup d’etat. That knockdown punch will come on the rude slopes of the storied Col de Joux Plane – a climb that turns hard men into boys and has cracked champions the likes of Lance Armstrong without mercy. The ghost of Marco Pantani still haunts this road, his painted name on the road faded, but his exploits not forgotten. 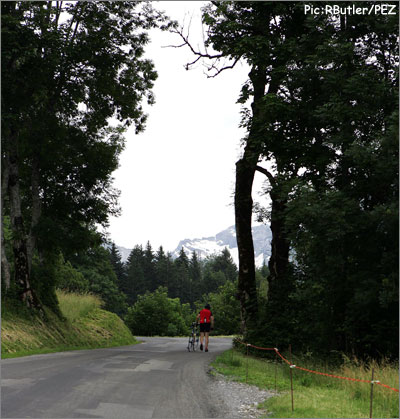 It can’t be a happy day when you’re walking up a climb.

The Road To Morzine
The stage starts in St. Jean de Maurienne, a valley town trapped by towering mountains to the east and west. The route winds its way north passing through Albertville, the former host village of the Winter Olympics, before reaching the first of four categorized climbs and finally descending into the ski station of Morzine, 200km later.

The roadbook shows the day’s first climb, the Col des Saises, at 15km with an average grade of 6.4%. But as it heads out of Albertville the road will begin to climb for the next 32km, gaining over 1,300m of elevation before beginning its descent off the Col des Saises. 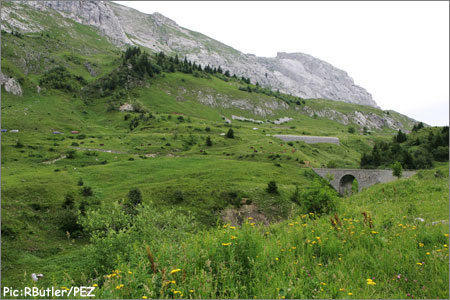 Yet another interminable climb – ever upward for the weary riders.

After passing through the only feed zone at the base of the Saises, the riders will immediately confronted with the Col des Aravis, so named for the Chaine Des Aravis mountain range that it inhabits. Not a big climb, the roadbook lists the Aravis as a category 2 at 6km with an average grade of 7.1%. But the actual climbing begins much sooner with about 550m of elevation gained over 12km.

Descending down into the ski station of La Clusaz, the riders will already have about 44km of climbing in their legs. The road winds up again through the small village of St Jean de Sixt where I stopped to get directions, then continues its descent into le Grand-Bornand marking the start of the Col de la Colombiere. 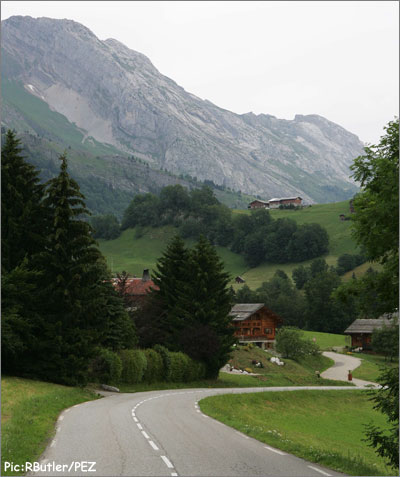 At least the views are nice, right?

The Saises and Aravis are transition climbs and the peloton could arrive compatto at the base of the Colombiere. But many of the riders will have been hiding their suffering and the peloton will begin to fragment on the Colombiere. Arriving at the top of the Colombiere the riders will be treated to brief peek at the beautiful valley below before starting a high speed descent into Cluses. The mountain road is narrow, the frequent twisting hairpins making this a treacherous descent. For anyone unfortunate enough to crash they will be confronted by the mountain’s rock face to the left and sheer drops to the right. 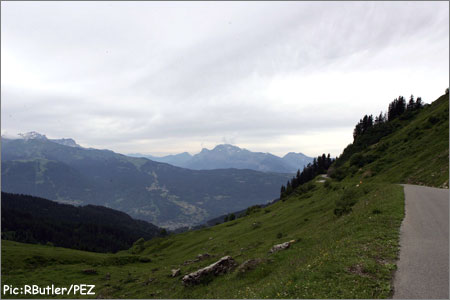 Ho hum, just more mountains off in the distance.

A Confirmation On The Joux Plane
The riders will arrive in Cluses at the base of the climb and head north-east for 25km before arriving at the small village of Samoens situated at the base of the Joux Plane. It will be important for the contenders to have at least some of their team intact to protect them on these last 25km before the climb begins. But don’t look for the domestiques to be around for long. This will mark the third consecutive alpine stage. They will have been riding against an uphill bias all day and will have about 56km of climbing in their legs by the time they reach Samoens. 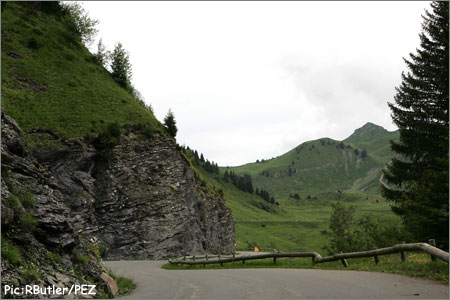 It was on this climb that Lance Armstrong had arguably the worst day of his post-cancer Tour career.

The Joux Plane announces itself almost immediately as the road narrows to a single lane and steepens abruptly. Many of the climbs in the Tour are on newer and more modern roads. They are wider and the gradients are less harsh and more consistent throughout. The Joux Plane stands in stark contrast to this. A narrow winding road with only mediocre pavement, the Joux Plane is reminiscent of something built for farm tractors. Steep from the get-go, the climb has pitches in it that just weren’t made for bicycles. You could see it in the pained facial expressions of the amateurs testing their fate, many reduced to stepping off and walking, likely to forsake the sport forever. 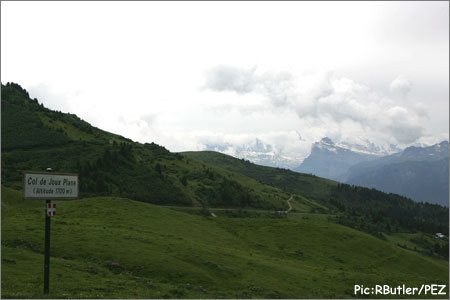 But the Joux Plane won’t stop there. Thursday will see a race marked by abandons, Hors Delais (outside the time limits) and the kind of time gaps that will likely finalize the GC before the Stage 19 chrono ever gets underway. The mountain will show no mercy taking a few sacrificial riders as they struggle to reach the top of this short but harsh test. 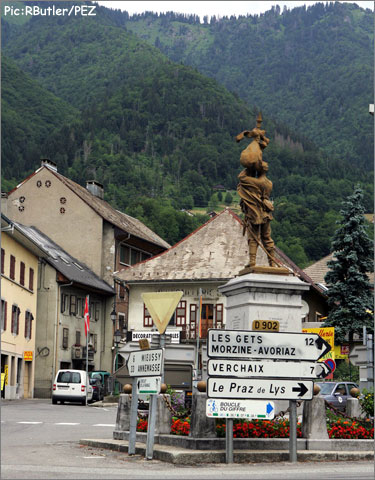 The road descends for 12km into the finish, it’s narrow serpentine track perfect for the descenders to gain a few more seconds as they spiral their way home. At only 12km and 8.5%, to the uninitiated the climb doesn’t look particularly impressive. But ask any Frenchman about riding the Joux Plane and their look says it all. This will be an impressive final climb in the 2006 Tour.