This year marks our biggest ever assault on Le Tour – for the first time we have 2 men on the ground for the full 23 day Tour. But even with our collective many years of Tour-going experience, things in France just never start the way you want…

My plane arrived early in Frankfurt. The Autobahn was empty as I sped enroute to Strasbourg. I found a hotel and headed to la salle de presse to get my creds before the Prologue kicked off. Then ‘Factor X’ clamped down on me like a pitbull. I was about to experience the heavy taste of French bureaucracy. But after two days of trying things I ended up pretty good – chalk one up for the little guys. 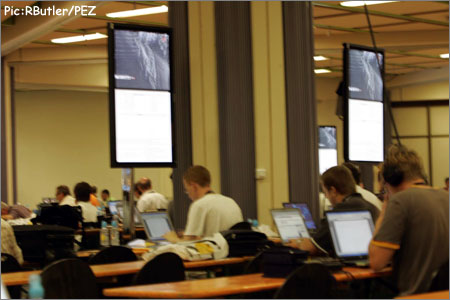 The Tour de France Press Room isn’t exactly the most hospitable of environs.

I arrived at the Strasbourg media centre to a cool reception that had nothing to do with the air conditioning. Evidently PEZ-quarters hadn’t completed “zee forms”. Forget that the forms only take a few seconds to complete in person. Rules had been broken and now we had to pay the price. I was asked to wait here, wait there, come back later, come back later still. I finally left after several hours, sans-creds in Strasbourg, only hoping to salvage my day with a few photos from the Prologue. 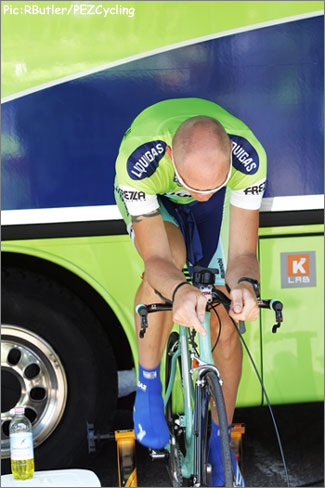 No time for games before the ever-important Prologue – it was all head down riding for PEZ-Man Maggie.

I found the Liquigas bus. Big Maggy was warming up for the Prologue. I could see that he was all business so I didn’t ask him to look up from his work as he dialed in his game face. I hadn’t wasted the day but I felt my hopes for GC slipping away. 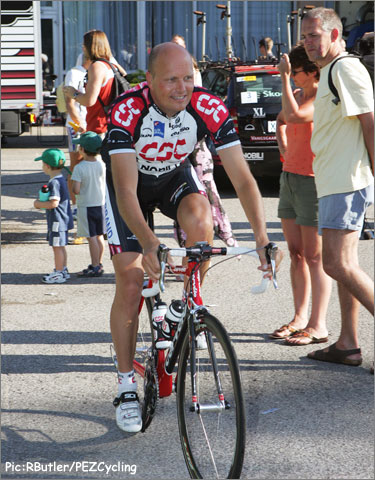 It’s not all doom and gloom at CSC – director Bjarne still finds time to get out and enjoy some time on his velocipede.

That night I sent an SOS to PEZ-quarters, and the next morning I arrived back at la salle de la presse. PEZ must have called in an overnight surgical strike. The desk of my antagonist had been reduced to smoldering rubble. The sour belle femme had been replaced with a smiling face who promptly set me up with the badge, car decal and map that would be my PEZ-pass for the next three weeks. 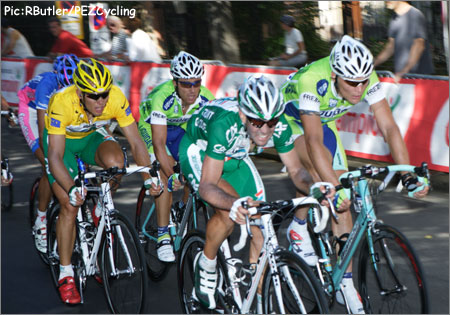 Still returning from his first half of the season ailments, Maggie didn’t look bad at the head of affairs!

Even though the Tour bureaucracy had laid waste to my hopes of covering most of the Prologue and the start of Stage 1, I still had time to catch the finish. I took the newly decaled car and commenced to break a few rules of my own – a retaliation of sorts. I arrived course-side in time to see Big Maggy powering the train into the finish in Strasbourg…and his team mate Danio Di Luca off the back. 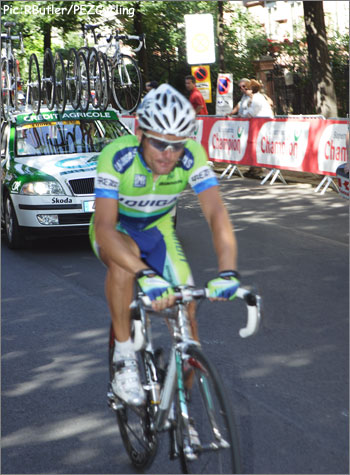 Magnus sure looked a lot better than Di Luca.

After the race I headed back to a hotel where the Liqui-Lads were staying. It wasn’t long till Maggy came riding up looking for dinner. Suffice to say that after a long day toiling under the hot sun, Maggy was delighted to spend a few more minutes posing for photos with me before hitting the shower. 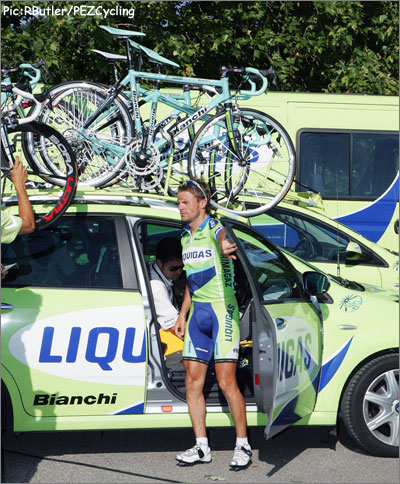 As for his outlook on the tour, he said he is still finding his form after coming back from injury. From what I could tell its all relative – he looked like the Roubaix champion he is. 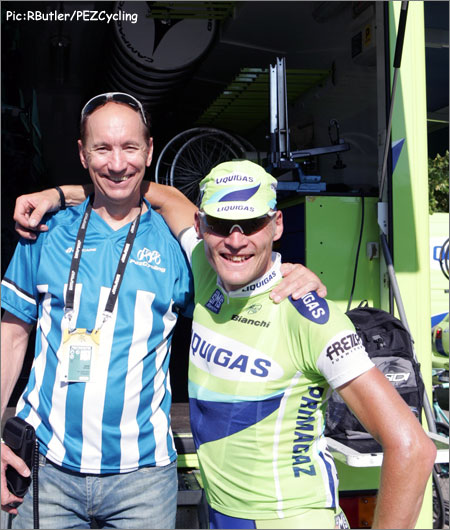 …And a smiling Backstedt with PEZ-Man-In-The-Field, Randall Butler.