It’s 06.00AM, but PEZ is up ‘n at ’em in Strasbourg. The Tour starts today, but the prologue course wasn’t set-up last night, so we’re out the door and on the bike to pre-ride the first kms of this TDF parcours. 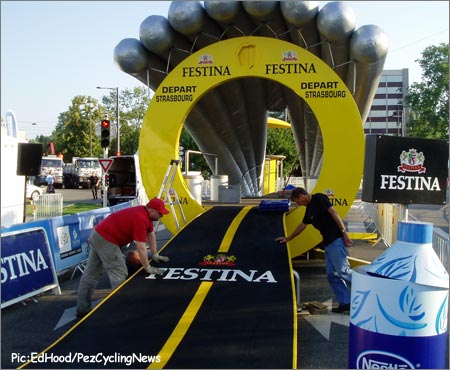 The start ramp is on a short straight, the road drifts left then stretches ahead through a gentle ‘S’. It’s a tail-wind but it drags ever so slightly over a bridge, this will be tough on the way back. 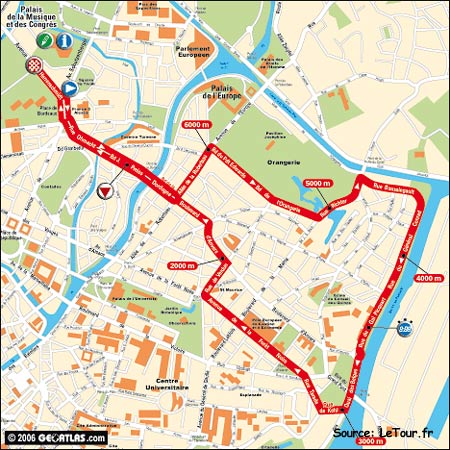 The Prologue layout in Strasbourg. 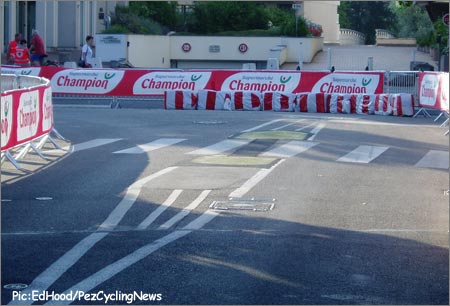 The surface is a bit choppy, with cracks in the tar which you could easily imagine blowing a silk tubular. A 90 degree left and I’m on the loop, the course is frying pan shaped with the start and finish legs running over the same stretch of dual carriageway but in different directions. 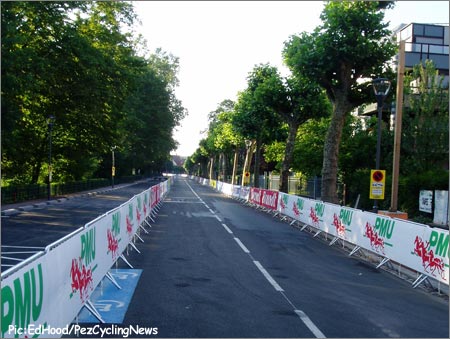 There’s a short straight then a sweeping 90 degree right (6 k to go) down beside the park, the surface is good and the wind still kind. 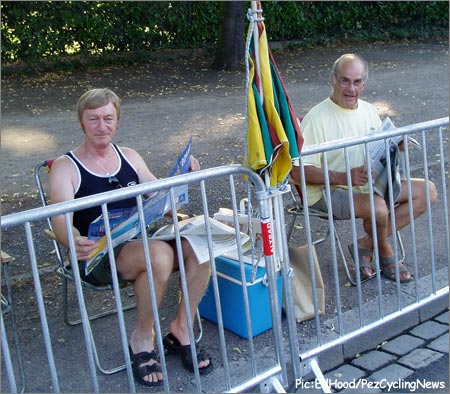 There are big old houses on the right and the fans are already gathering on the park side – it’s five hours ‘til the first rider guys! 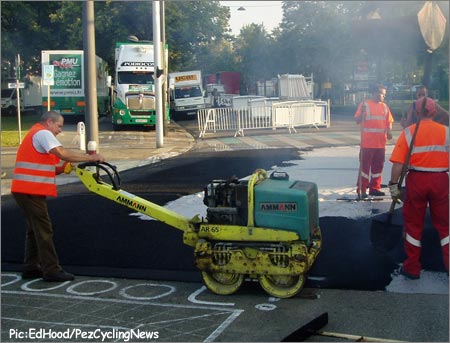 Crews were paving over tram lines to keep things safe, and fast.

Another left at the end of the straight, it’s technical here, straight into a speed bump, it snakes gently (5 k to go) then it’s three quarters of the way round a roundabout, straight into a 90 right, a short straight to another 90 right. 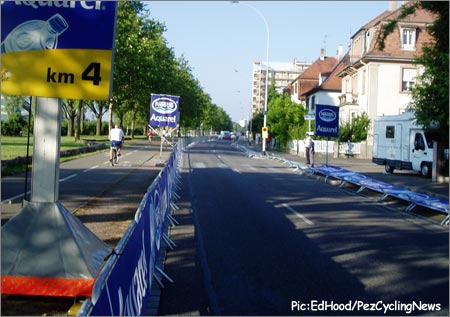 The river is on the left now and it’s straight, straight and flat with pleasure boats to your left but grim looking high density housing on the right, half way along is 4 k to go. Towards the end there’s a Foreign Legion barracks –. 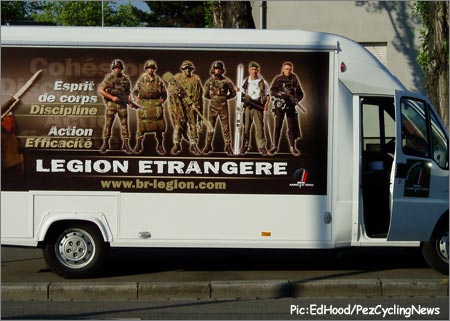 It’s a great river view at the end of the straight, but the 90 right is too technical to take your eyes off your line and you got 3 k to go. It sweeps right, back on itself then its back into the heart of the city and a long tree-lined straight.

The wind isn’t so kindly now, on your right cheek, hog that right-hand barrier for shelter, but the lactic is building.

It’s another tight right, a short straight then 90 left and it’s the straight to the finish, long and just beginning to rise over that damn bridge with two to go.
If you are on the limit, that drag will kick your heart rate up and it’s already near the max. 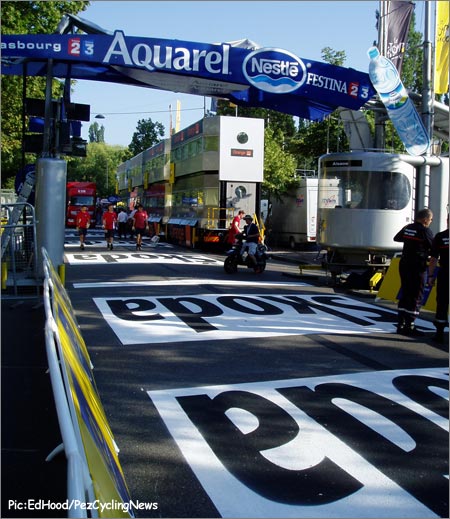 Straight, head wind, big hurt as you run parallel with the start leg, one to go, its flat at least, a wiggle round the roundabout at the Place de Bordeaux and it’s the finish straight, the following car runs right but there’s still five seconds of pain to go, you could win it and lose it here – it’s over.

Summary: fast, but there are plenty technical corners, the wind IS noticeable and will play a part, the strong-men will blast through it though.

Prediction: Millar, no question, there’s too may bends for Davie Zee, (what do you mean – I’m only saying that ‘cos Millar’s Scottish?) 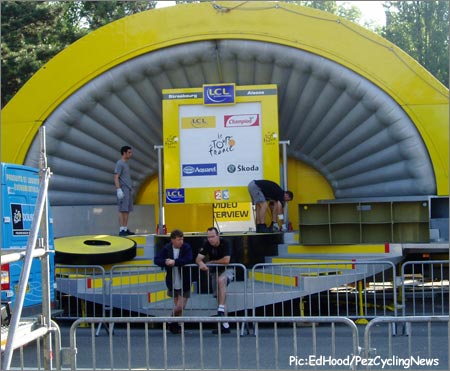 And here’s where it all ends… and begins on Day 1.